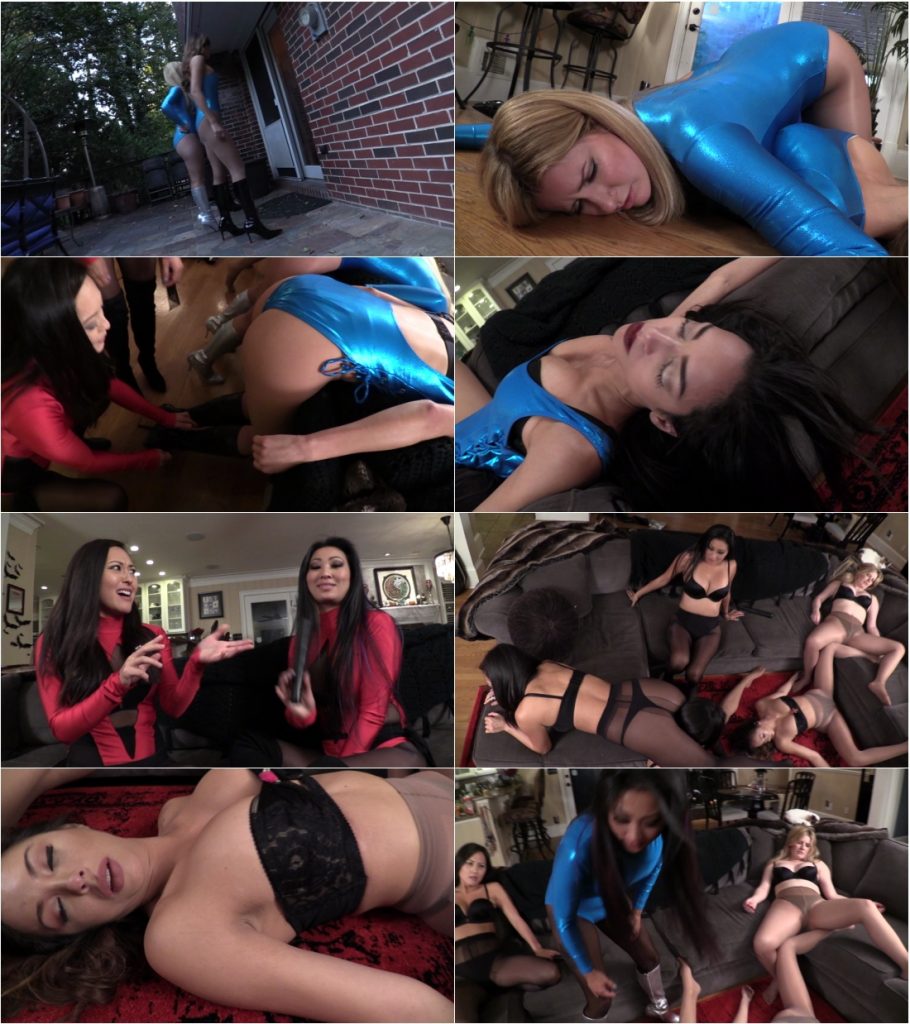 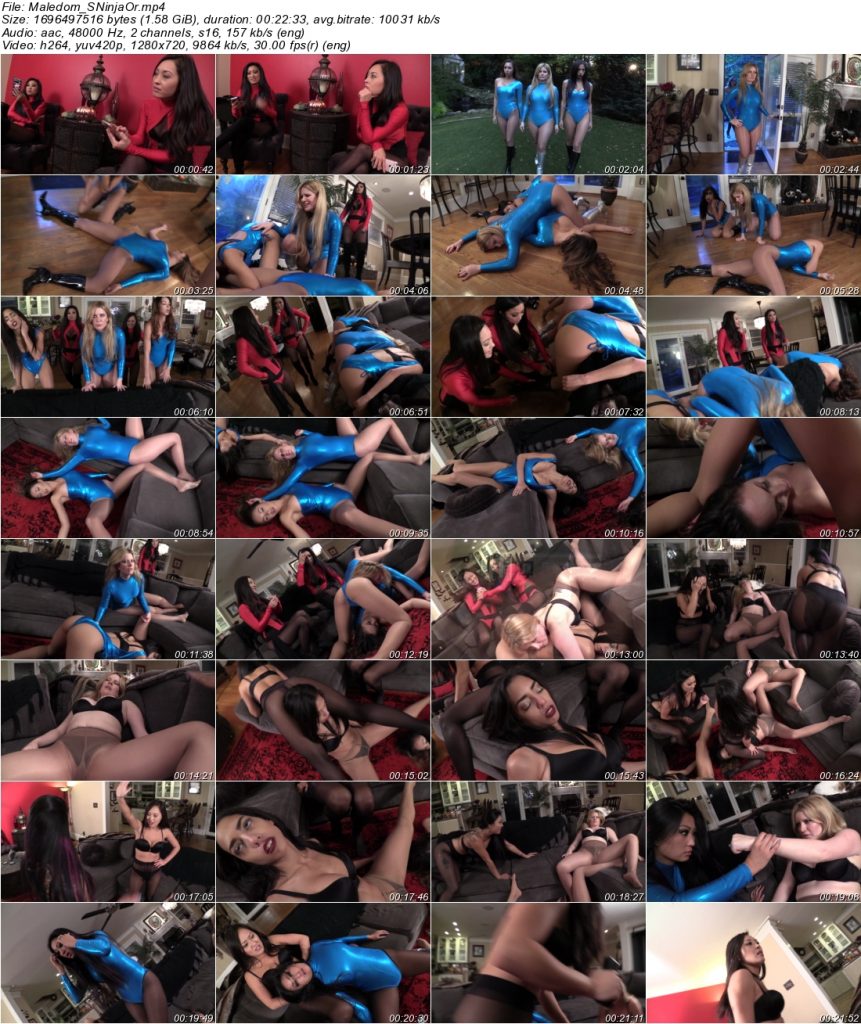 Starring Sumiko, Nicole Oring, Jacquelyn Velvets, Lucy Purr, and Eden
A prequel to a super prequel has arrived, and it starts with deadly ninja/agents Sumiko and Nicole Oring sitting around their secret lair. n agitated and bored Nicole is dying to get into a scrap, but the calmer Sumiko tells her they have to bide their time before their next strike. Nicole in turn pitches an idea designed to lure the beautiful heroine team known as The Supers to their home that tantalizes Sumiko enough to give it a shot. The ladies put out a fake distress signal and within minutes the Supers arrive (played by Jacquelyn Velvets, Eden, and Lucy Purr). They make their way into the building and are instantly attacked by blow darts. Lucy and Eden groan, eyes rolling as they drop. Jacquelyn tries to wake them up but is greeted with a KO neck chop that leaves all three spandex-clad Supers in a limp body pile! The evil ninjas cackle as they toy with the trio, knocking them out and dumping them on a nearby couch. Sumiko produces a brand new magic ring designed to strip her enemies of their powers (usually generated by their attire) and uses it to leave the Supers out cold and in their tights and lingerie. An ecstatic Nicole wants to try the ring but Sumiko holds back, leading to an accidental zap that leaves the ninjas without their powered suits! Undeterred, the duo continues to playfully knock out their prey.but Jacquelyn produces her OWN magic ring that turns Nicole into a brainwashed Super! Needless to say, this leads to a comedy of KO errors that leads to an overwhelmed Sumiko taking all FOUR ladies down and out in order to make a final escape!
tags:superheroine,superheroines,lesbian domination,lezdom,story line ,storyline,forced orgasm,submission,humiliation,super hero, super heroines ,superheroines porn,superheroine porn , superheroines adult movies,catfight,cat fight,,female fighting,ring wrestling,female wrestling,Scissors,catfighting,cat fighting