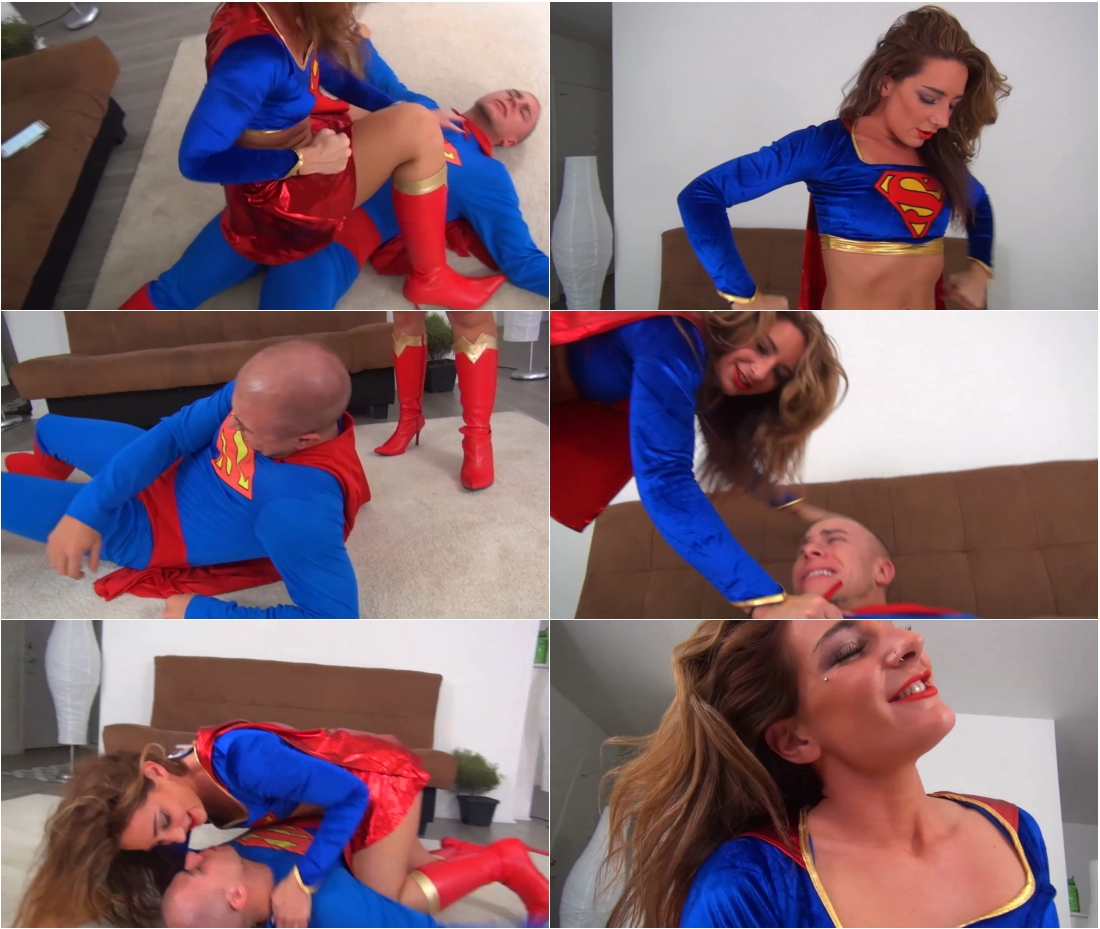 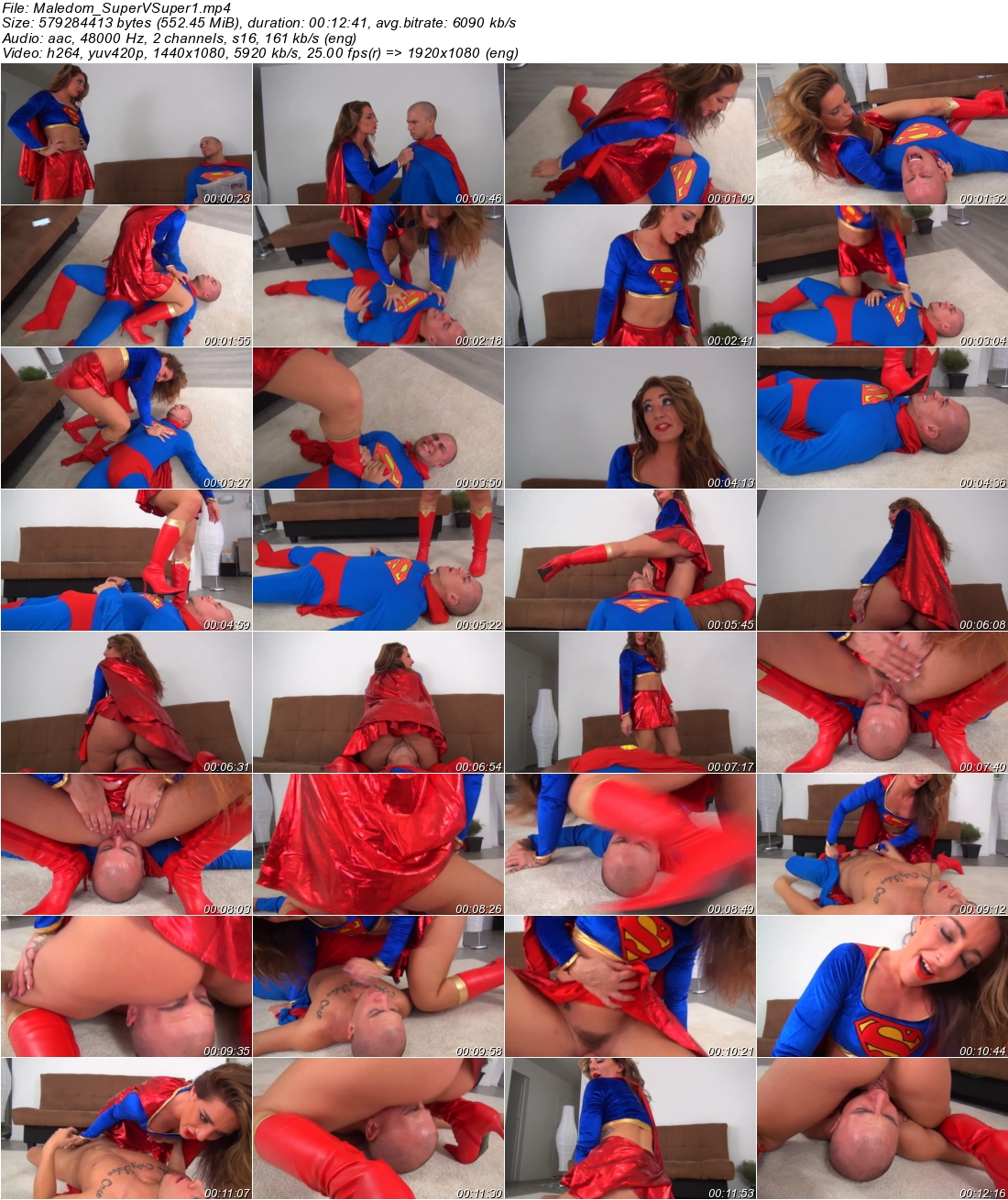 Super Man is lounging in the justice league head quarters. He is reading the latest news paper headlines. They’re about him of course, in enters super girl and super man immediately begins to start bragging about his latest victory. Super girl is pretty fed up with superman’s inflated ego and arrogance. she tells superman “the only reason why once again he is the hero, is only because he arrived there first” her voice dripping with distain. super man then dismissively tells super girl that “she would have done fine for you know… a woman”. Super girl is outraged and astonished at his blatant sexism. To make matters worse, he then tells super girl she’s fine and to not get so bent out of shape; because after all, she is a great ” side kick”. Super girl sees red once she hears this. She has had it up to here with all of super mans insults and astronomical ego. This is the last time he is going to run his big mouth. She grabs him by his suit and tells him no more! she is going to teach him a lesson today he is sure to remember. She throws him to the floor and immediately pins him down, followed by slapping him in his face repeatedly. She gleefully taunts him, asking him “whats the matter? Are you getting beat up by a girl?” She pulls him into a tight body scissor. Crushing his lungs as she laughs and questions his strength and power. Finally she decides to work over that pretty chiseled face. Super Girl goes to town! Mercilessly hooking right and then left. She then tells super man that his real problem is that he has a dick and balls. To drive home her point she begins to kick and stomp on the man of steel. She’s intent on destroying his whole body. She begins power punching his gut, delivering one devastating blow after another, weakening the mighty super man. She is not content with leaving him with just physical injuries. She is going to mentally break him as well. Super Man needs to be taught his real place in the world. She proclaims he belongs under her feet, he is the lowest of the low. He has had it wrong, it his him that should be the side kick and clearly the weaker sex. To make sure he really understands, she stomps on his chest over and over. She gleefully jumps up and down as you can hear superman’s ribs cracking one by one. She begins to stomp on his gut over and over until he begs her for mercy. She agrees but only on one condition, he has to lick and clean her boots from the bottom to the top “but im super man” he weakly protests. she laughs in his face and says “not today”, today… you are my super bitch!!! She grinds her heels deep into his “S” to punctuate her victory. She forces him to lick the bottom of her boots while mashing his face into the floor. She then drags the defeated super hero to the couch demanding his face to now be her super throne. She begins to bounce her bare ass and pussy up and down on his face, grinding harder and harder she discovers that his moaning cry’s and protesting excite her. His gasping for air is vibrating her pussy, she teasingly goads the fallen hero to continue begging for his life, because its making her pussy wet and juicy. She bounces her round beautiful ass up and down letting him take small breaths before she greedily smothers him out again. His measly protest don’t even faze super girl. She is clearly having the time of her life, finally seeing superman at her mercy. She begins to toy with him, letting him breathe less and less. She decides she is going to give super man and herself a real treat. She picks him up and slams him down on the ground. Climbing over him, this time smothering his nose with her pussy lips and silencing his mouth with her asshole. She playfully ask how her asshole taste. imagine the mighty superman forced to eat super girls asshole. He starts to turn red and purple from the lack of oxygen, his veins start bulging on his head, his eyes filled with complete fear. She doesn’t stop there though, she rips off his clothes asking him if she should just end him right here and now! Continuously taunting him on how a side kick and a girl has brought him down. She moans in pleasure as his cry’s are getting her closer and closer to orgasm. She starts alternating between insulting and slapping superman’s cock and balls before jumping back on his face and riding it wildly, throwing her head back in squeals of laughter and ecstasy to be continued.
Category: SUPERHEROINES
Related Categories: FEMALE DOMINATION, MIXED FIGHTING, STRAP-ON, FACE SITTING, BRAT GIRLS
Keywords: super heroine, femdom, strap on, mixed fighting, boot licking, face sitting, smothering, brat girls, pussy worship, ass worship, humiliation, cbt, savannah fox, trampling, wrestling
Tags:Femdom,Female Domination,superheroine,superheroines,Humiliation,storyline,story line,Mixed Wrestling,mixed fight,Submission,froced orgasm,super hero, super heroines,superheroines porn,superheroines adult movies,facesitting ,supergirl,pussy licking