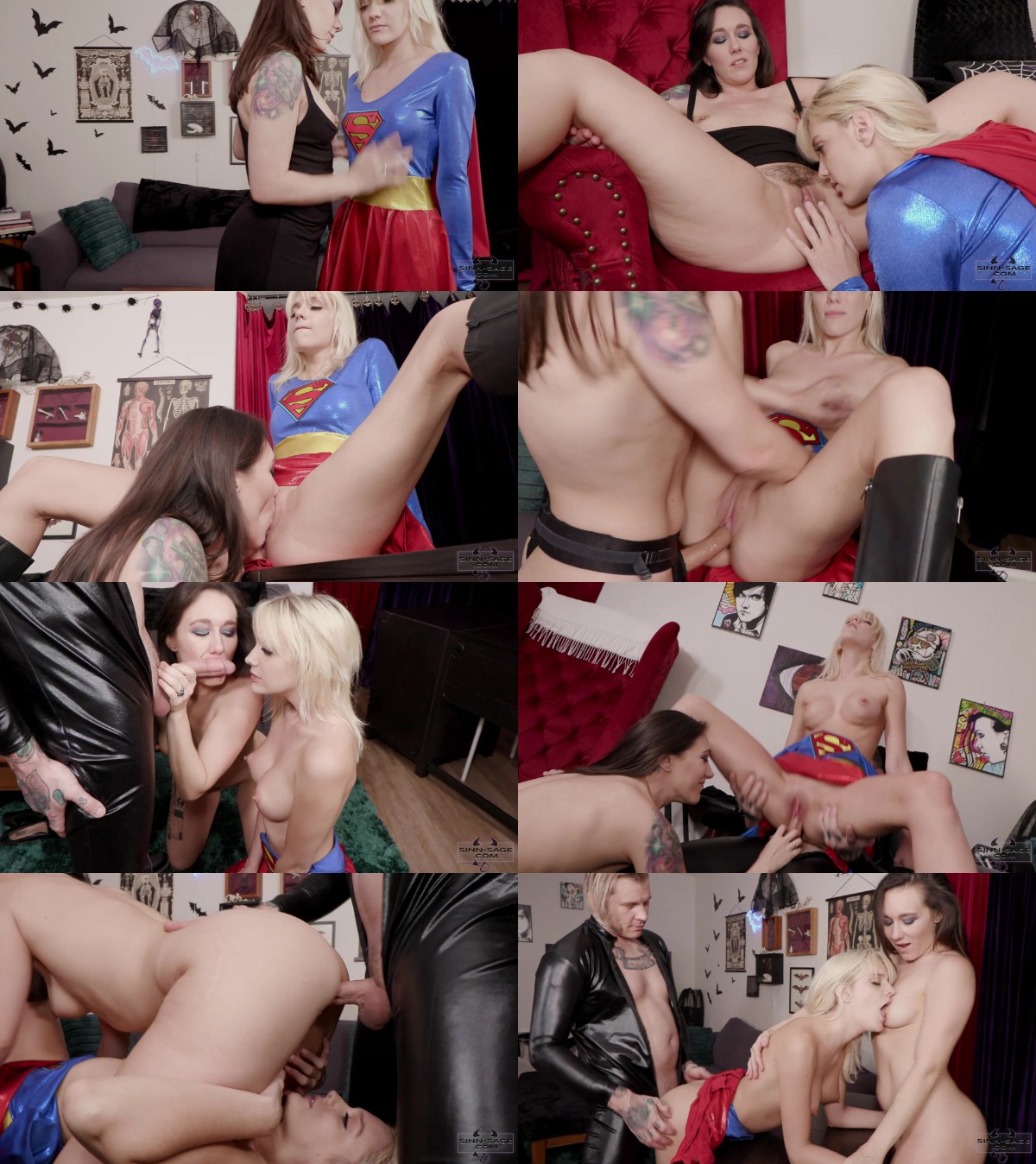 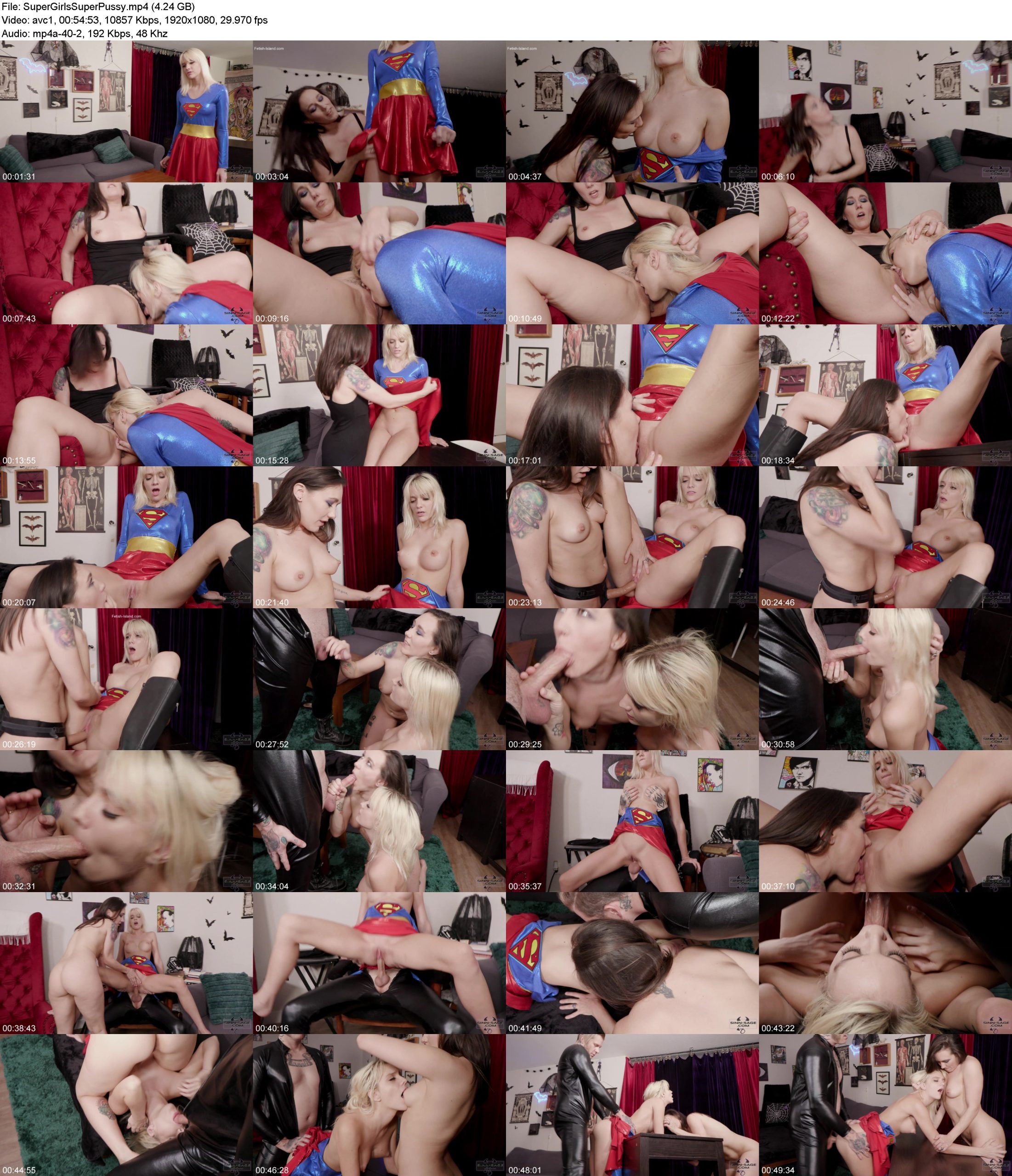 Lifting her uniform, Sinn plays with Supergirl’s pussy through her red thong. Ass smacking, tit grabbing and nipple sucking are just the start of the humiliating treatment. Tit to tit, they’re tongue kissing. Supergirl tries to deny her sexual arousal, but her pussy juices reveal her lack of pussy control.

Baddie Drake wakes up from the beatdown, but he’s ready for her cock sucking services. The oral servitude must be humiliating for a fallen superheroine, but she’s deep throating like a pro. Sinn aids with ball sucking and dick sucking.

Repulsed, SuperGirl’s guided to sit on his big cock for cowgirl position. Sinn takes more blackmail pictures before licking pussy as it’s going up and down Drake’s big dick.