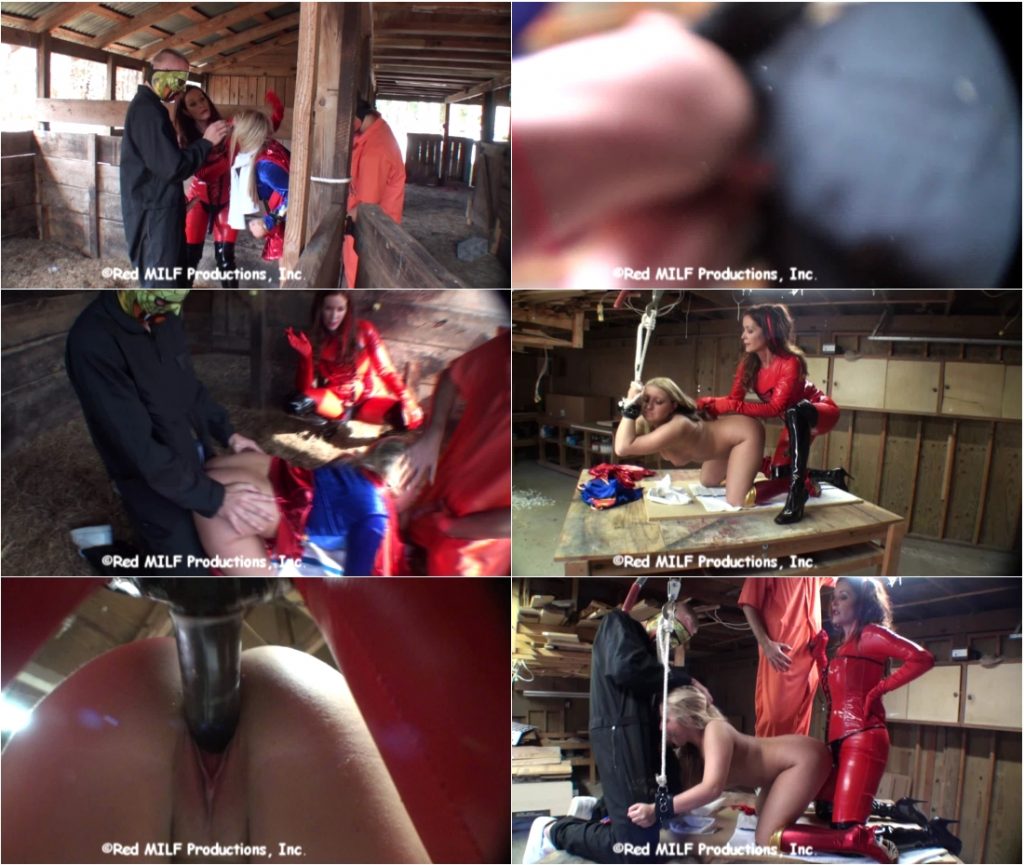 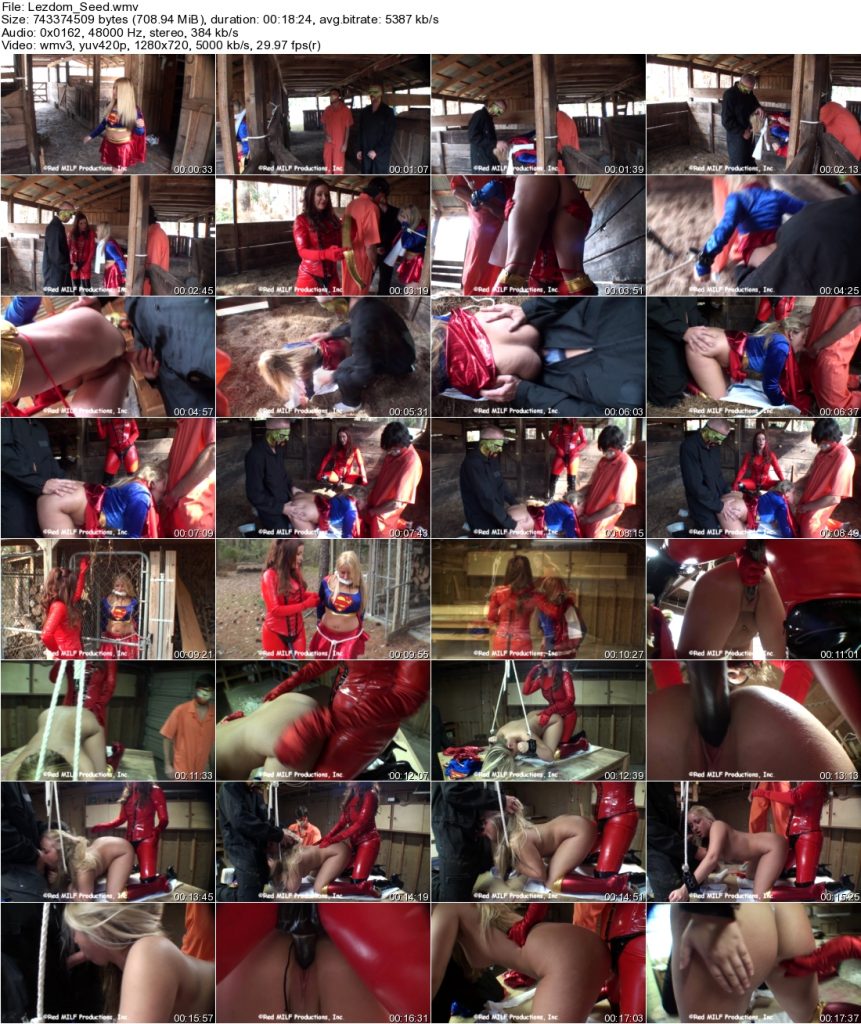 Mistress Demon Seed had arranged to trap Super Gal at her lair. Super Gal fell right into the setup and was captured by two of Demon Seed’s thugs. Super Gal struggled against the restraints but they had removed her magic belt and she grew weak. Demon Seed sat perched on a fence and watched as she instructed her thugs to have their way with Super gal. She jumped down off her perch and grabbed her face. She asked Super Gal if she gave up. After some hesitation Super Gal said that she would do whatever the thugs wanted. Demon rubbed her big black cock as she was preparing herself for Super Gals impregnation. The thugs forced her to suck and fuck both of them. Demon let them fuck Super Gal for hours. A few days later, Super Gal awoke in a cage. Demon Seed rattled the chain asking her if she wanted out. Super Gal thought she was going to let her go. Demon took her to a dark filthy chamber and stripped her naked all but her boots. Demon Seed’s thugs where there to assist. Super gal’s wrists were bound to a hanging hook so she was on her knees. Demon slimed her pussy with her own pre cum and began the fucking process. The thugs face fucked her. Demon Seed had coerced the young super hero to her lair to impregnate her. She needed to spawn. After Demon Seed fucked her to her satisfaction she spewed her demon seed deep inside Super Gal’s womb to ensure fertilization. Demon Seed let out a curdling scream as she ejaculated. She spread Super Gal open to see her seed ooze out. Demon Seed had more to spew on Super Gal. She jerked hr permanently hard cock in Super Gal’s face and covered her in a slimy mess. Demon Seed took Super Gal’s pretty face in her gloved hands and licked her own slime off her cheek. She told Super Gal 6 months of incubation and her offspring would arrive. No one could help Super Gal now.
Category: SUPERHEROINES
Related Categories: SUBMISSIVE SLUTS, BONDAGE SEX, FUCKING, BLOW JOBS
tags:superheroine,superheroines,lesbian domination,lezdom,story line ,bdsm,bondage,strapon,strap-on,storyline,froced orgasm,submission,humiliation,super hero, super heroines ,superheroines porn,superheroines adult movies,supergirl