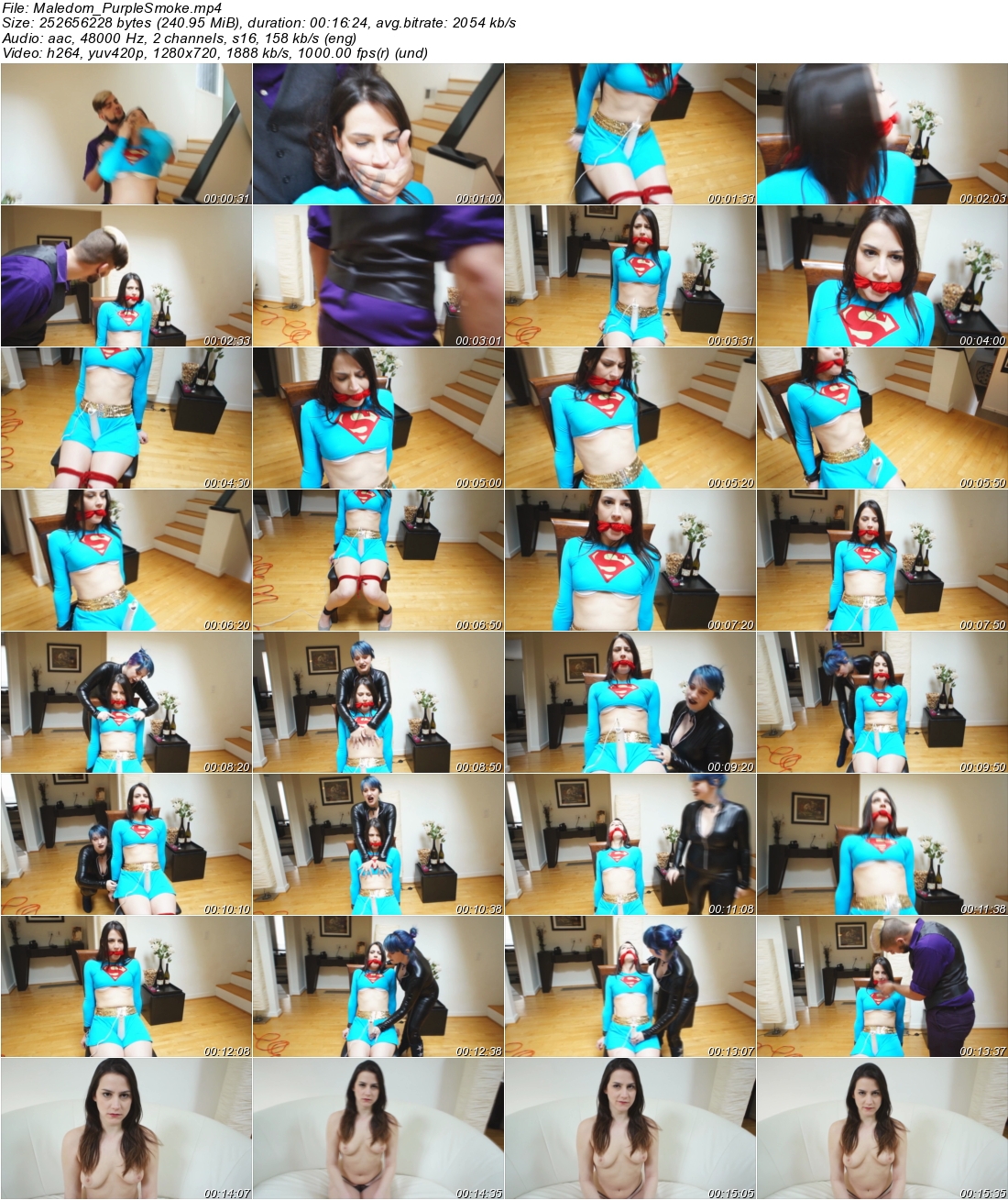 Bondage, Superheroines
New Video Featuring Addie Juniper as Supergirl! Supergirl is on a mission to find the other heroines that have seemingly disappeared from the ranks of the town’s crime fighting coerced. No one knows where they are but Super Addie will find them! However….it won’t be that simple. It’s not just a matter of has Master Tanner taken them, but other super villains have joined in and are building a mind fucked army of transformed do gooders into their sexy army. Purple Smoke, with his toxic clouds of smoke and dashing charm has arrived back to town and has brought with him his sexy partner in crime, the terrifyingly goth and big tit and cleavage showing Black Heart have come to remove all resistance from the sexy heroines. Purple Smoke finds Super Addie snooping around and upon realizing her super strength is ineffective against him, his hand covers her mouth, and she can’t escape. A big cloud of his smoke brings her to her knees, eyes white and she’s no longer a threat to him. She opens her eyes to find herself tied up in rope bondage, a cleave gag and a hitachi placed against her cunt. Purple Smoke knows her weaknesses and that she will be easier to control after orgasms and orgasms, cumming and cumming until she can’t stop. With a flick of the switch she begins to cum almost instantly as her soft pussy is vibrated into waves pleasure. But Black Heart isn’t totally satisfied. Our villain enters, revealing she’s the one calling the real shots, even if Purple Smoke doesn’t know that yet. She switches the wand onto full power and the orgasms begin again harder this time making her nearly convulse with moans. Super Addie is absolutely at their mercy and slowly her mind drains completely. She becomes a completely programmable robot. She will reveal all the secrets of the other heroines and help her new Master and Mistress grow their army and take over the city, one heroine at a time.
Bound Orgasms, Chair Tied, Cleave Gagged, Coerced Orgasm, Hitachi Magic Wand, Hyp-Meditation, Hyp-Robo Meditation, Mind Fuck, Mindwash, Smoking Fetish,
Tags:Maledom,Male Domination,superheroine,superheroines,Humiliation,storyline,story line,Mixed Wrestling,mixed fight,Submission,froced orgasm,super hero, superheroine porn,super heroines,superheroines porn,superheroines adult movies,Super Girl,lezdom,lesbian domination