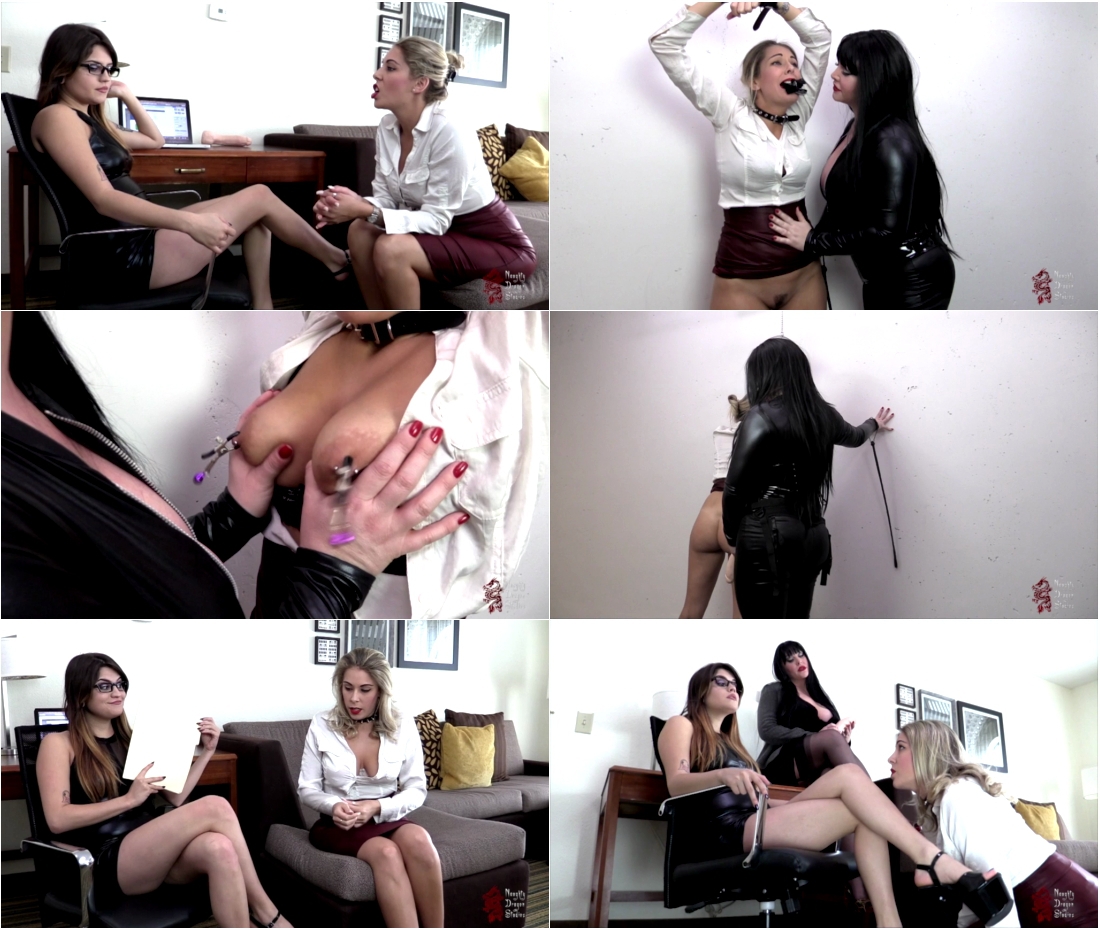 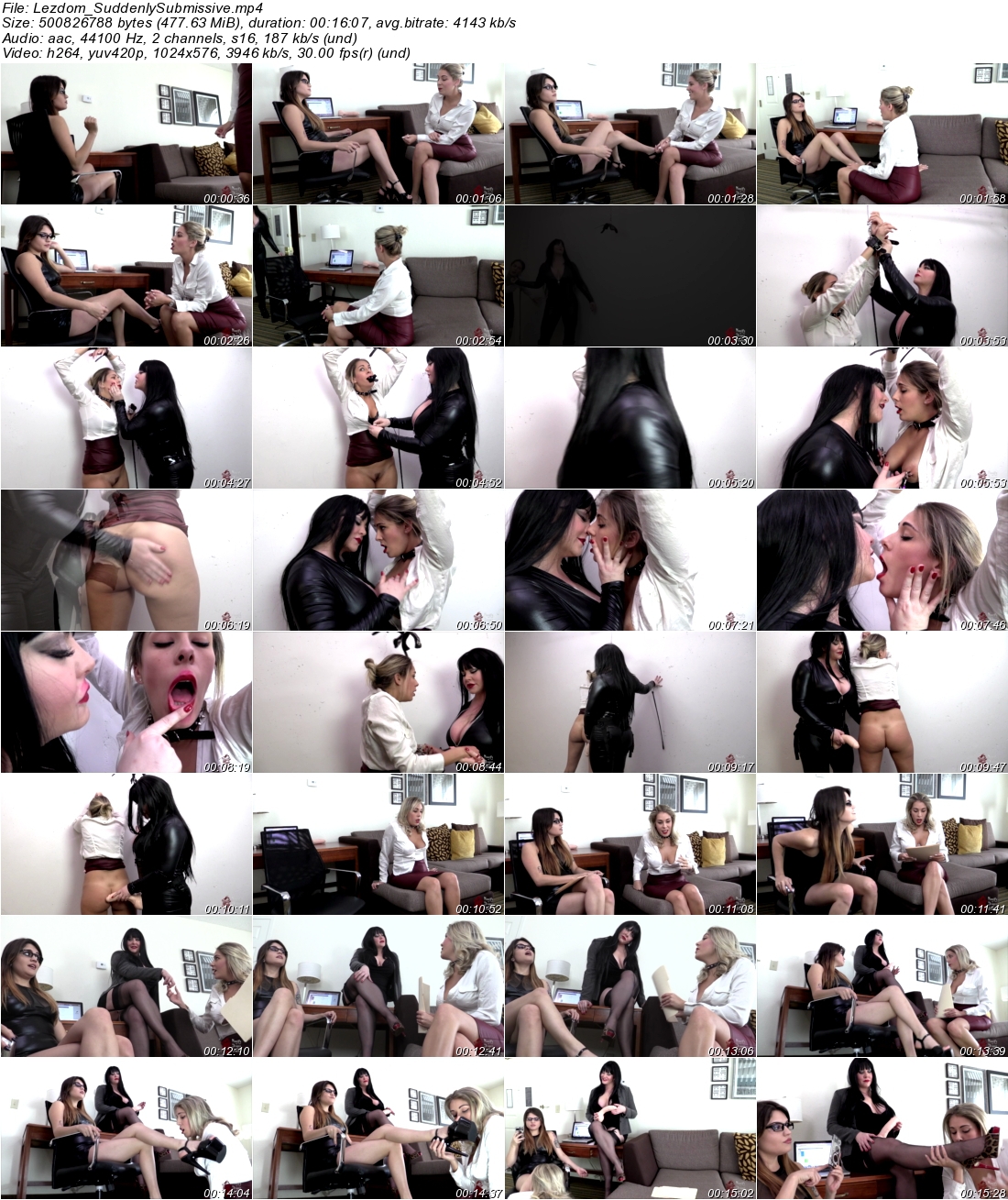 After her session, Nikki stumbles, disheveled, back into the front office when Miss Dominique appears with the requested paperwork. She is shocked and bewildered by Senator Parker’s appearance and sudden change of demeanor. Just then, Miss Sophia enters the office and sits on the office desk smiling wickedly at Senator Parker. Miss Dominique introduces her as Senator Parker and it is at this point that Miss Sophia realizes she was NOT her next appointment after all!