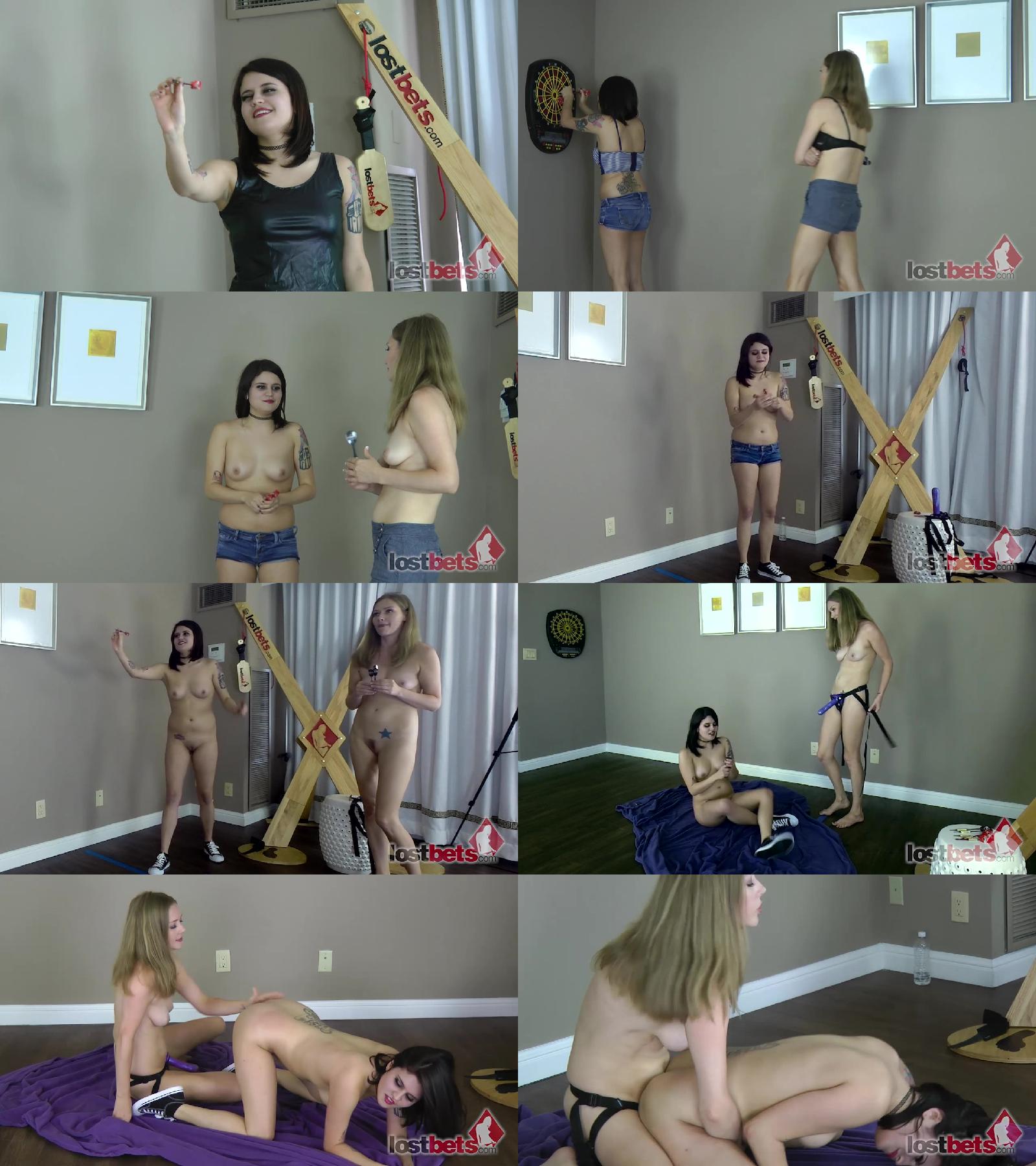 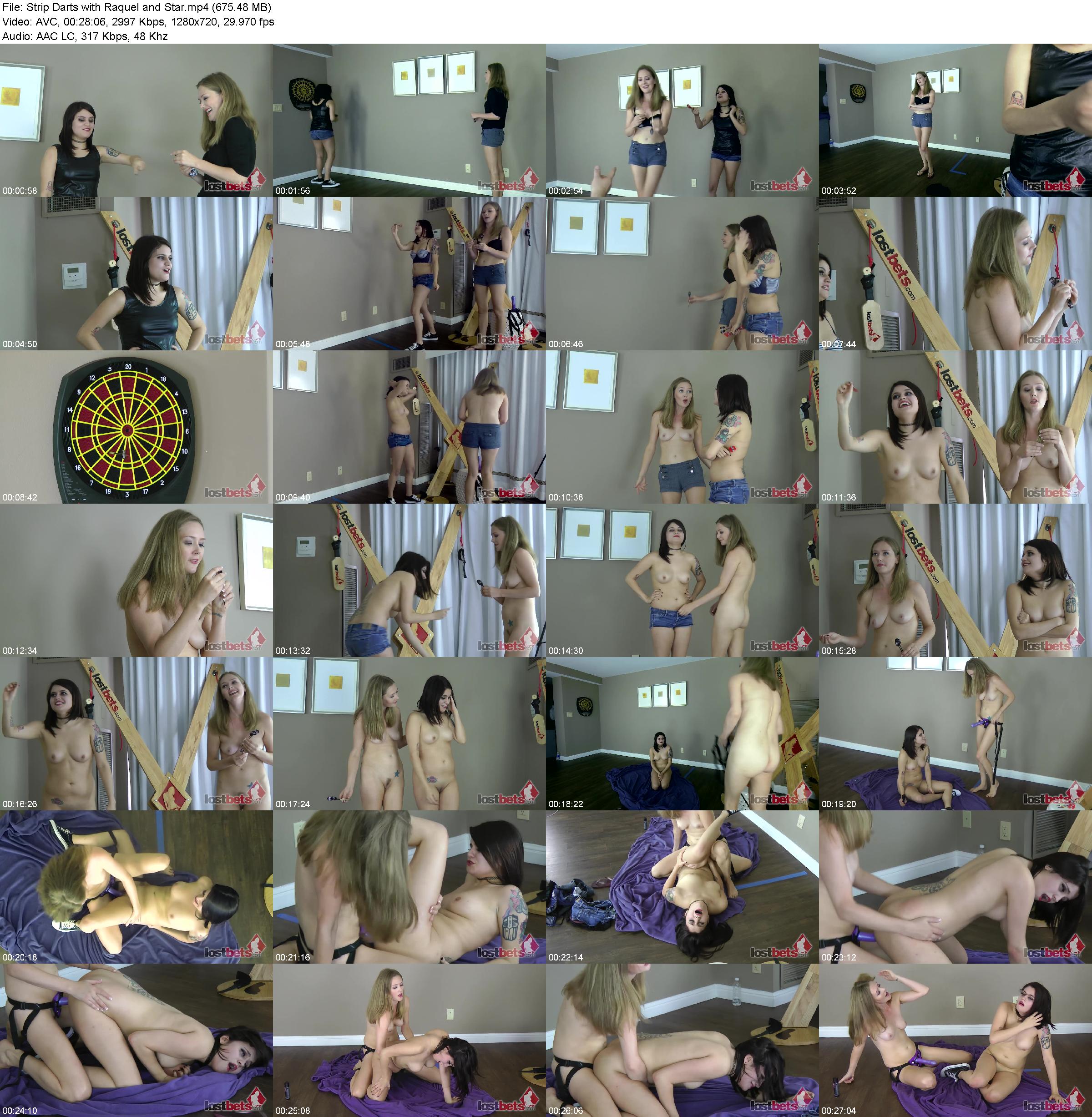 Smarting from her loss in Episode 507, Raquel is back to try to get revenge on Star. Last time, she was left helplessly trembling and moaning as the Sybian forced her body to heights of ecstasy. This time, the winner takes a more personal role in the loser’s humiliation, as she fucks her raw with a strap-on.
Each girl throws three darts, with the lowest score losing a piece of clothing. The winner not only gets to strip the loser herself, she gets to choose what the loser takes off. I like this rule because the winners usually go straight for the breasts or pussy, leaving the other half of the body fully clothed until the target is fully exposed. This means we don’t get to see much of Raquel’s vintage bra before it hits the floor, but sacrifices must be made, because tits.
Raquel had better be careful, as Star is one of our winningest players. She’s both tenacious and lucky, a fearsome combo. It’s back-and-forth for awhile, but after the 17-minute game, the loser is Raquel, again, but Star at least ends up naked.
The loser has an extremely sensitive pussy (which we found out when she had to ride the Sybian) and she reacts immediately as the winner penetrates her. This despite the fact that like most women without experience wielding a strap-on, she’s not great at it. (Ladies, using a penis is hard work. I hope watching girls struggle to use a strap-on helps you appreciate this.) But after awhile, the winner starts to get the hang of it. The loser’s eyes go glassy, then cross-eyed, and her face gets red as her body inevitably succumbs. Trying hard to avoid cumming on the winner’s cock, the loser is unsuccessful and cries out a frustrated god damn it! as she loses control and gives in to orgasm.
tags:superheroine,superheroines,lesbian domination,lezdom,story line ,storyline,forced orgasm,submission,humiliation,super hero, super heroines ,superheroines porn,superheroine porn , superheroines adult movies,superheroines fetish,magic power,magic control,fantasy,lesbian sex,lesbian porn,lesbian bondage,,lesbian strapon,spanking,lesbian bondage,slave,slavery,mistress,enslavment ,catfight,cat fight,,female fighting,ring wrestling,female wrestling,Scissors,catfighting,cat fighting,catfight fetish,catfight porn ,facesitting,mind fuck,mind control,hypnosis,star nine