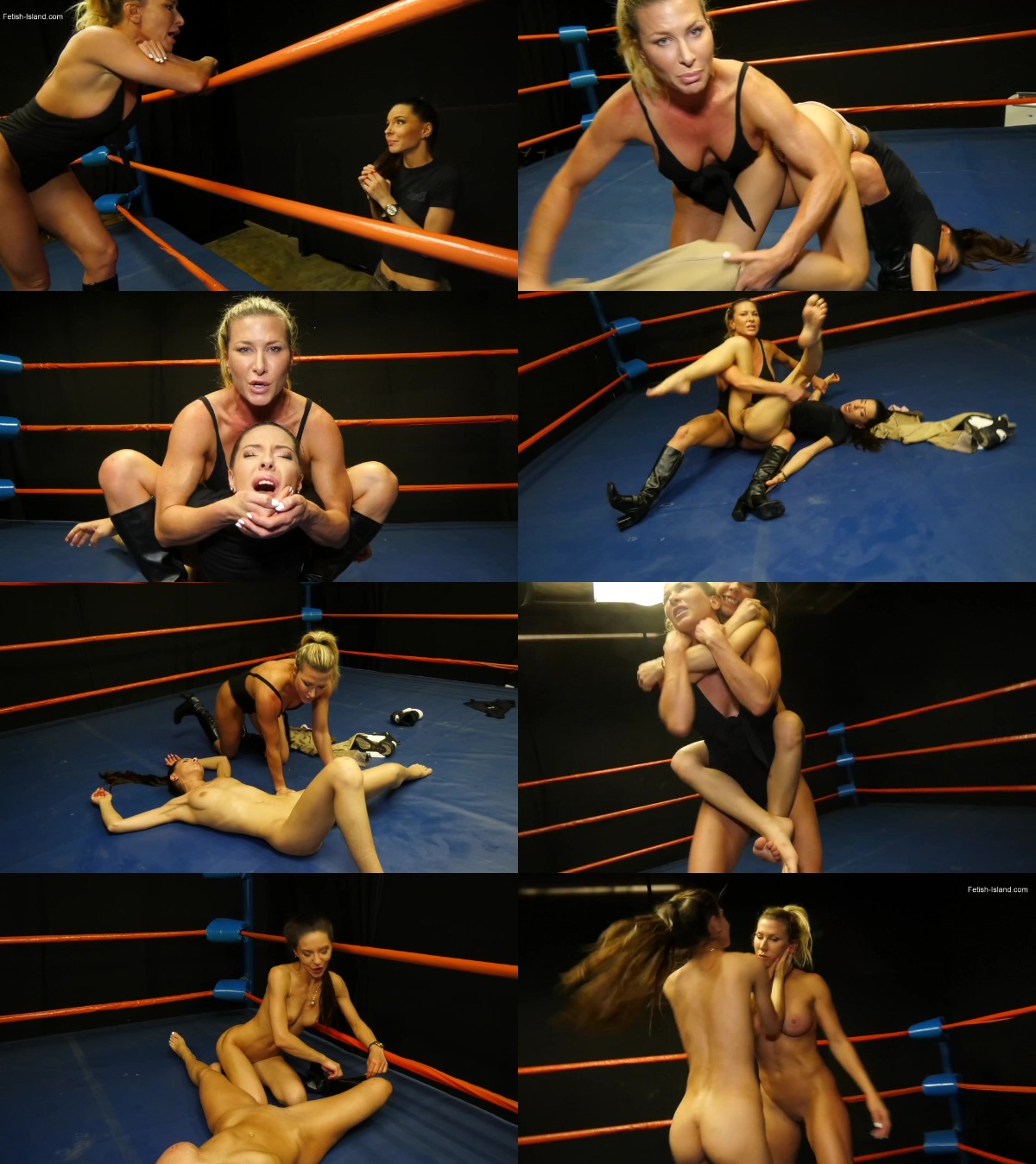 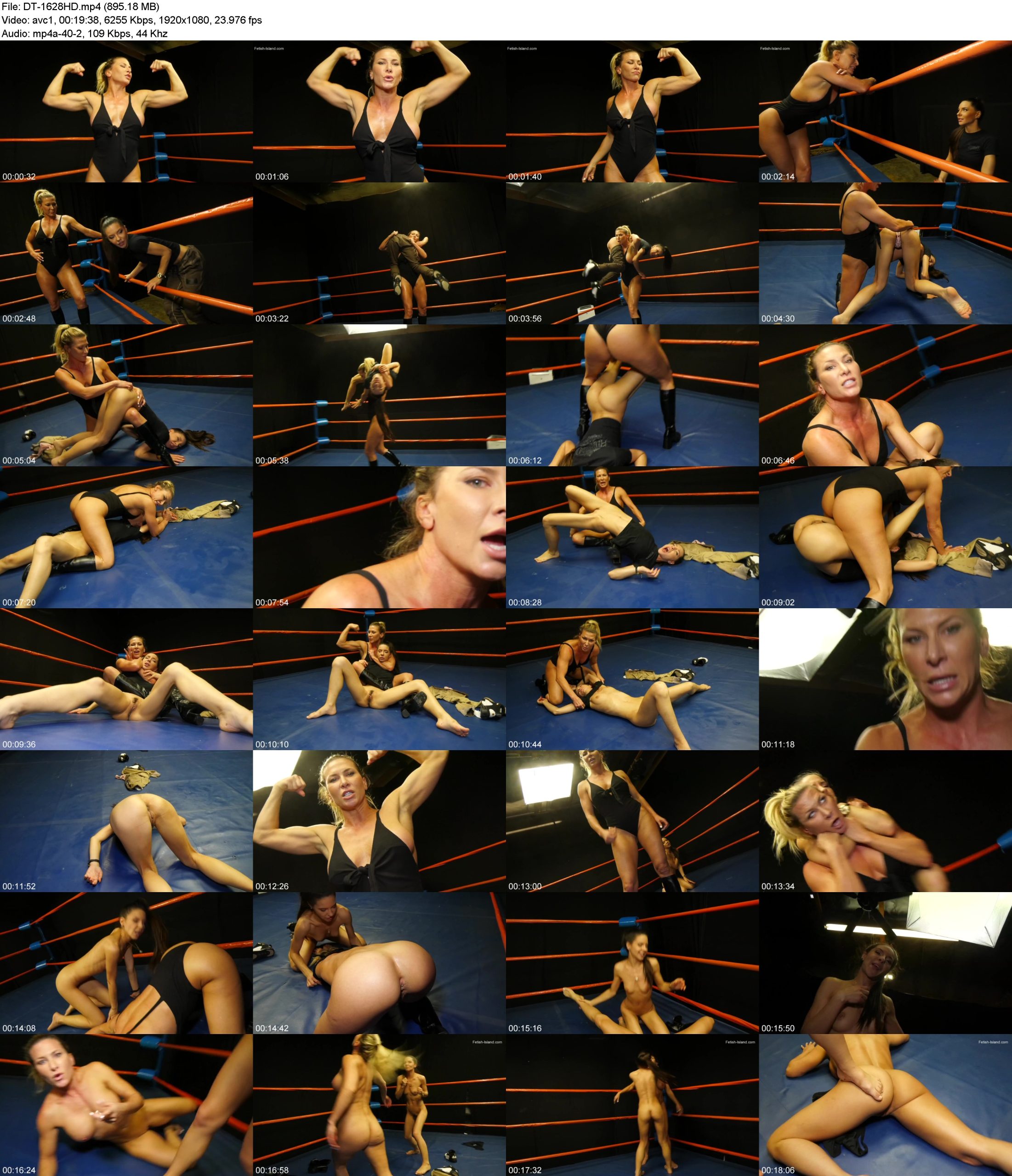 Ariel X vs. Milana Ricci
The powerful and beautiful Ariel X has a weekly streaming show where the audience sends her money as they cheer her on in the destruction of some petite female wrestling newbie. Ariel flexes her large biceps as she talks down to her legion of fans. She tells the audience that they are “scrawny, deviant losers who just want to see a warrior goddess” like Ariel embarrass and torture some tiny young girl. When Ariel X’s opponent enters the ring, Ariel has to hold back laughter. Milana Ricci is probably the tiniest and one of the newest girls at DT. Ariel almost feels bad about what she is going to do, but Ariel makes more money the more she tortures Milana, and Ariel loves money. Ariel slugs Milana in the gut and doubles her over. Ariel bends Milana over her knee and then pulls down Milana’s tight leggings and booty shorts, exposing Milana’s bare ass and crotch. The camera man zooms in to give the audience a good view. Ariel spanks Milana’s tight little ass as Milana whimpers and squirms. Ariel strips Milana completely nude and takes her time choking out Milana with a rear naked choke. Ariel leaves the motionless body on the mat as she talks to the audience and shows off her powerful body with some flexing. Ariel is so focused on the camera that she doesn’t notice Milana slowly rising from the mat. Could Milana possibly surprise Ariel and leave us with one of the greatest DT upsets ever? Maybe, I guess you will have to watch to find out.
tags:lezdom fetish,lesbian domination porn,catfight,submission,humiliation,overpowered,ring wrestling fight