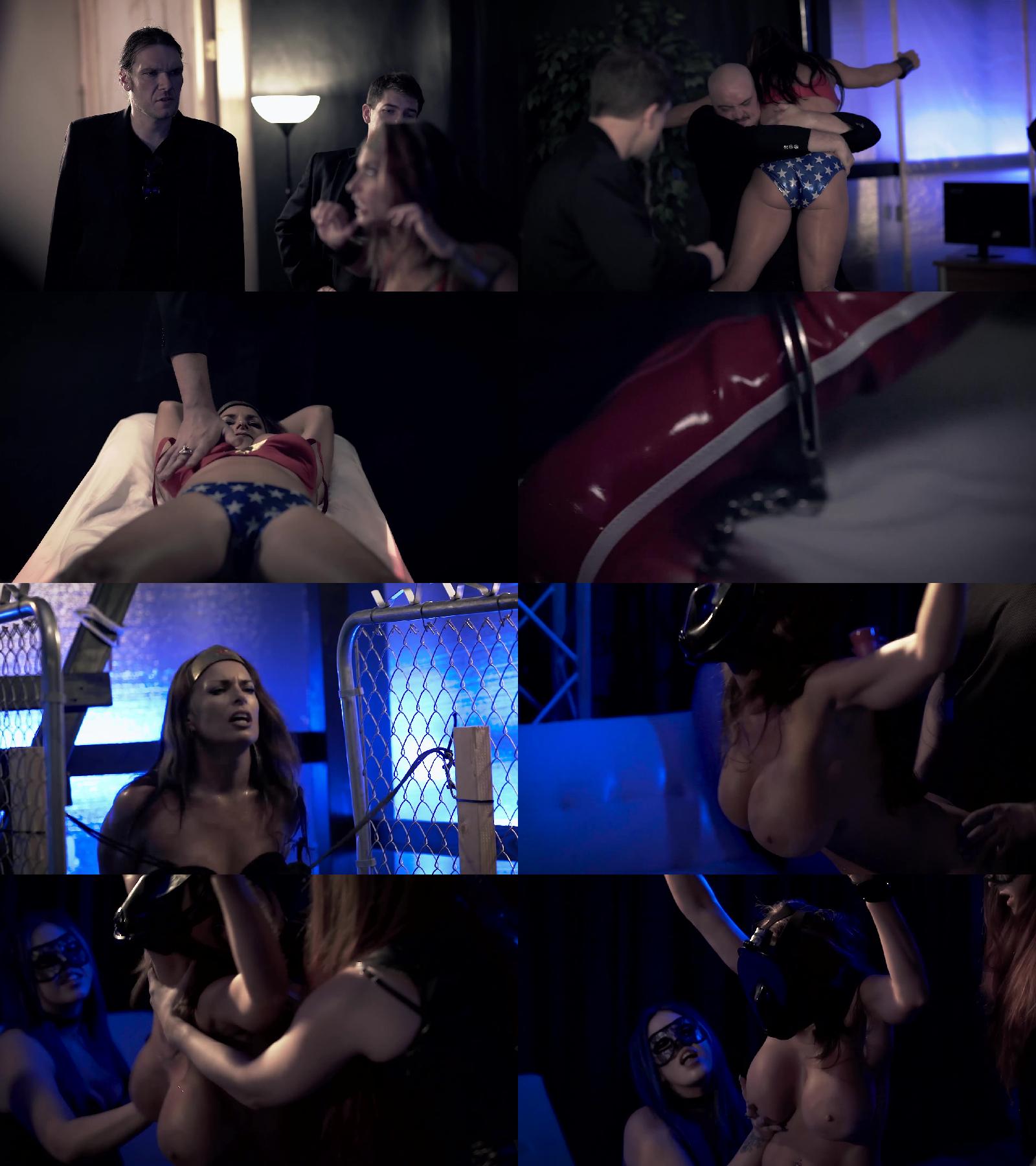 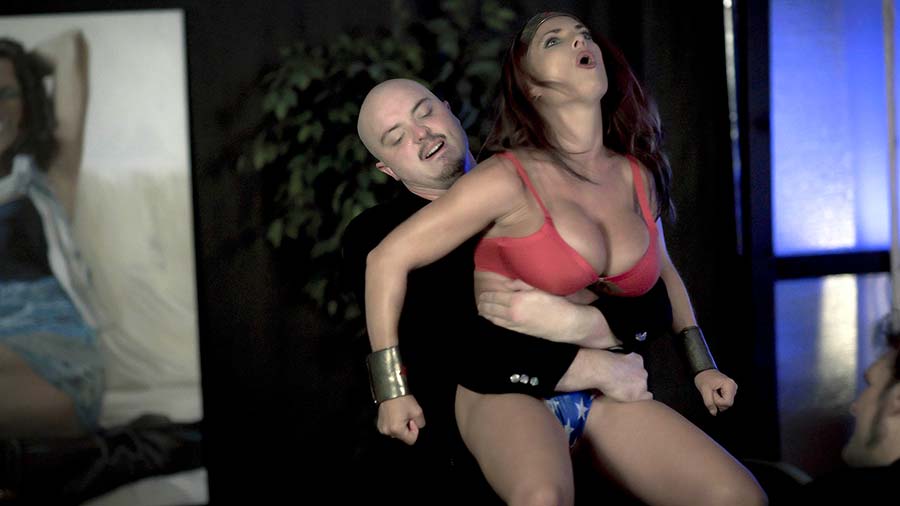 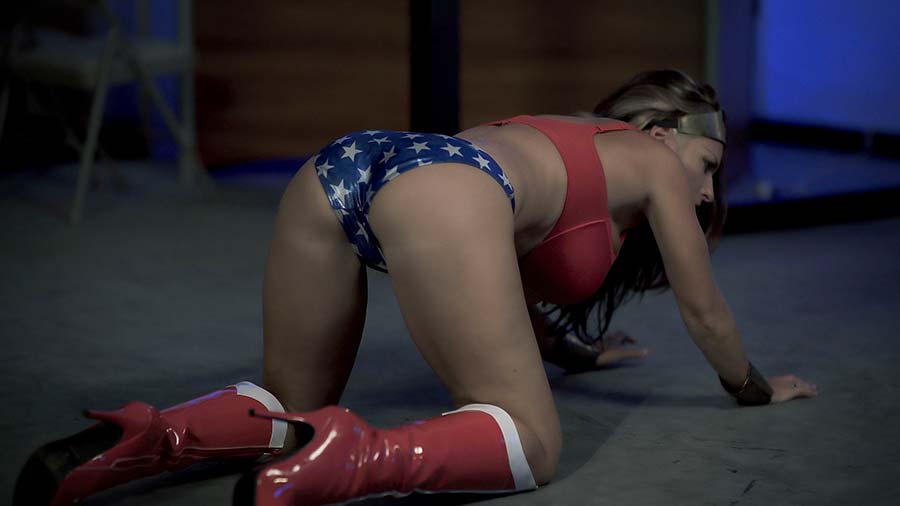 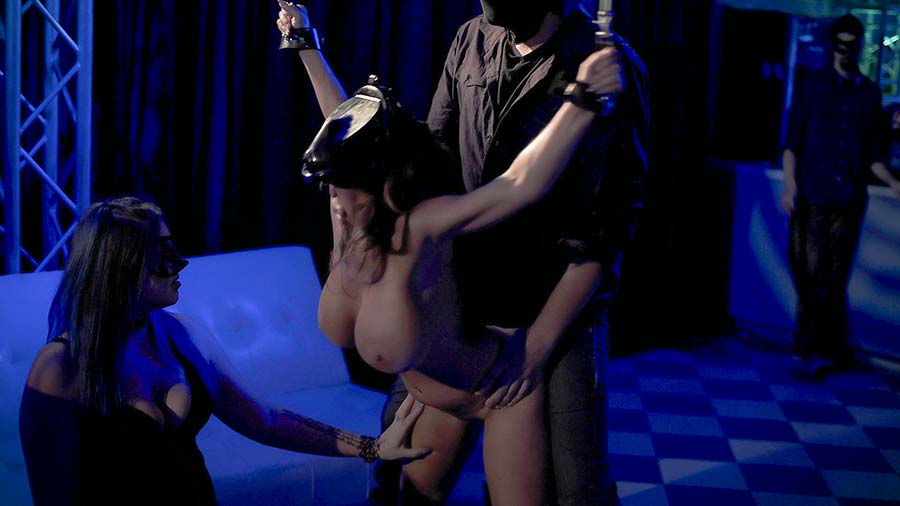 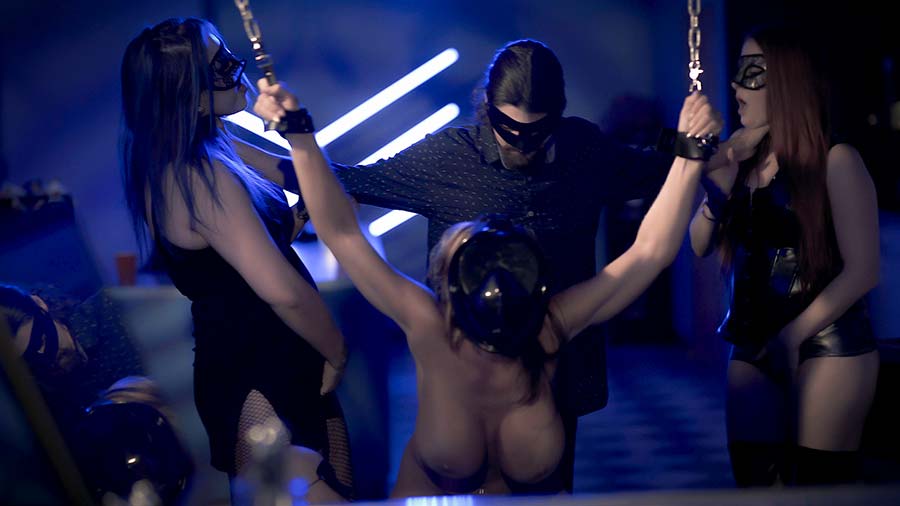 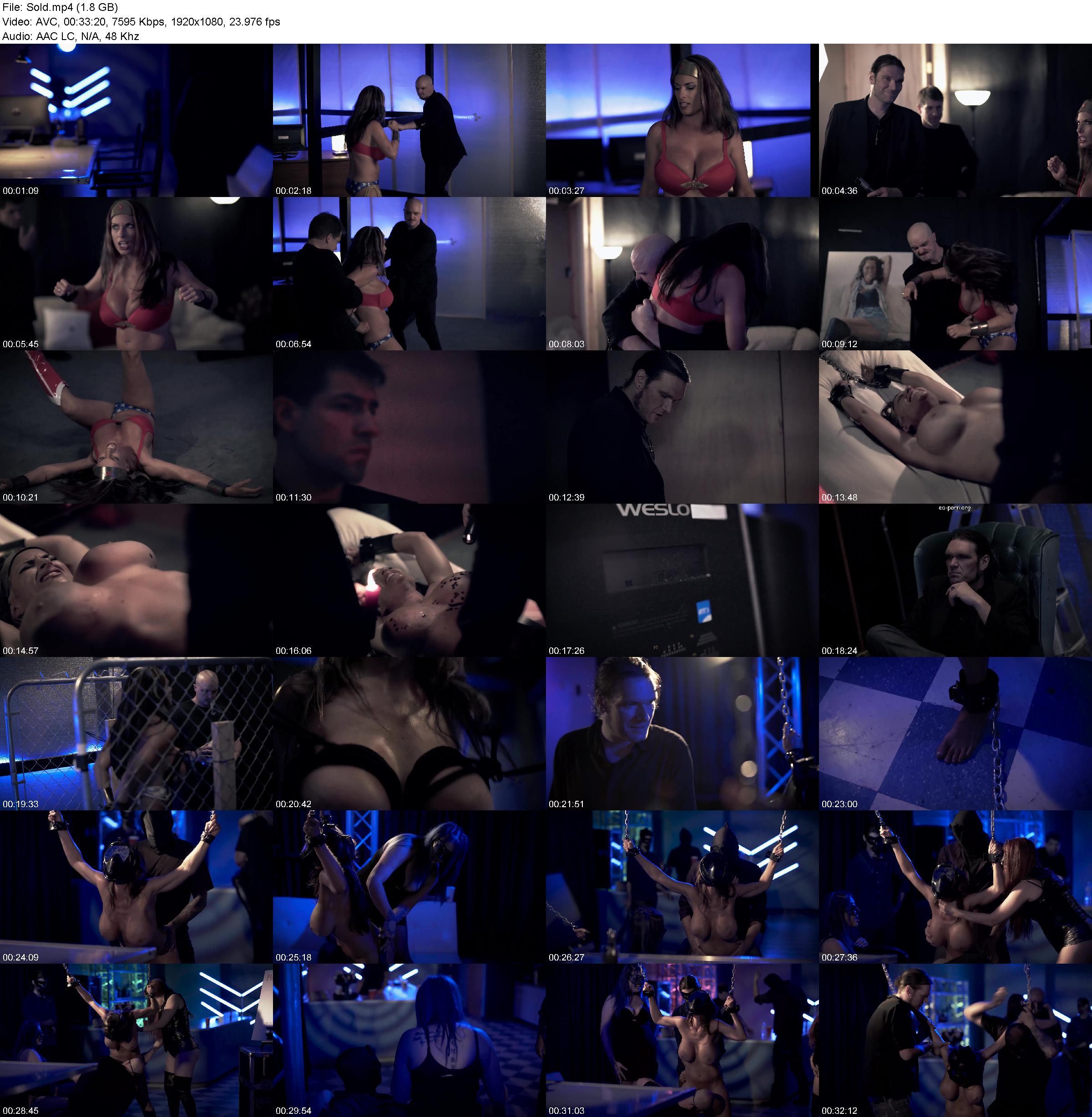 Synopsis: Wonderous Woman has been following a sex trafficking ring operated out of a local club. She has some evidence but needs more proof, so she goes to the club and sneaks into the back office to get a look at the books. She’s quickly confronted by 2 angry looking bouncers whom she engages in a fight. Before she has a chance to really wipe the floor with the outmatched bouncers, the owner Dr. Folter arrives. He’s been expecting Wonderous Woman at some point, and fortune has smiled upon him. He disables her by spraying a blinding aerosol in her eyes, and one of the guys steals her lasso. Without it, all she has is her wits about her. She has 3 men to deal with, and if she loses the fight, Folter informs her that he’s already got a buyer interested in purchasing a very powerful and egotistical slave to break down.
Contains: 3 on 1 Male/Male/Male/Female Combat, Face Punches, Belly Punching, Kicks, Body Pans, Groping, Bear Hug Front and Back, Back Breaker, Multiple Low Blows, Hot Candle Wax Dripped on Chest While Being Fucked, Heroine’s wrists and breast bound as she’s made to run on a treadmill – aforementioned restraints are attached to metal forcing her to stay on the treadmill, Heroine Restrained Wrists and Ankles with Chain and Force Fucked/Pleasured By Various Sex Club Patrons In Multiple Positions
tags:superheroine,superheroines,lesbian domination,lezdom,story line ,storyline,forced orgasm,submission,humiliation,super hero, super heroines ,superheroines porn,superheroine porn , superheroines adult movies,superheroines fetish,magic power,magic control,fantasy,lesbian sex,lesbian porn,lesbian bondage,,lesbian strapon,spanking,lesbian bondage,slave,slavery,mistress,enslavment ,catfight,cat fight,,female fighting,ring wrestling,female wrestling,Scissors,catfighting,cat fighting,catfight fetish,catfight porn ,facesitting,mind fuck,mind control,hypnosis