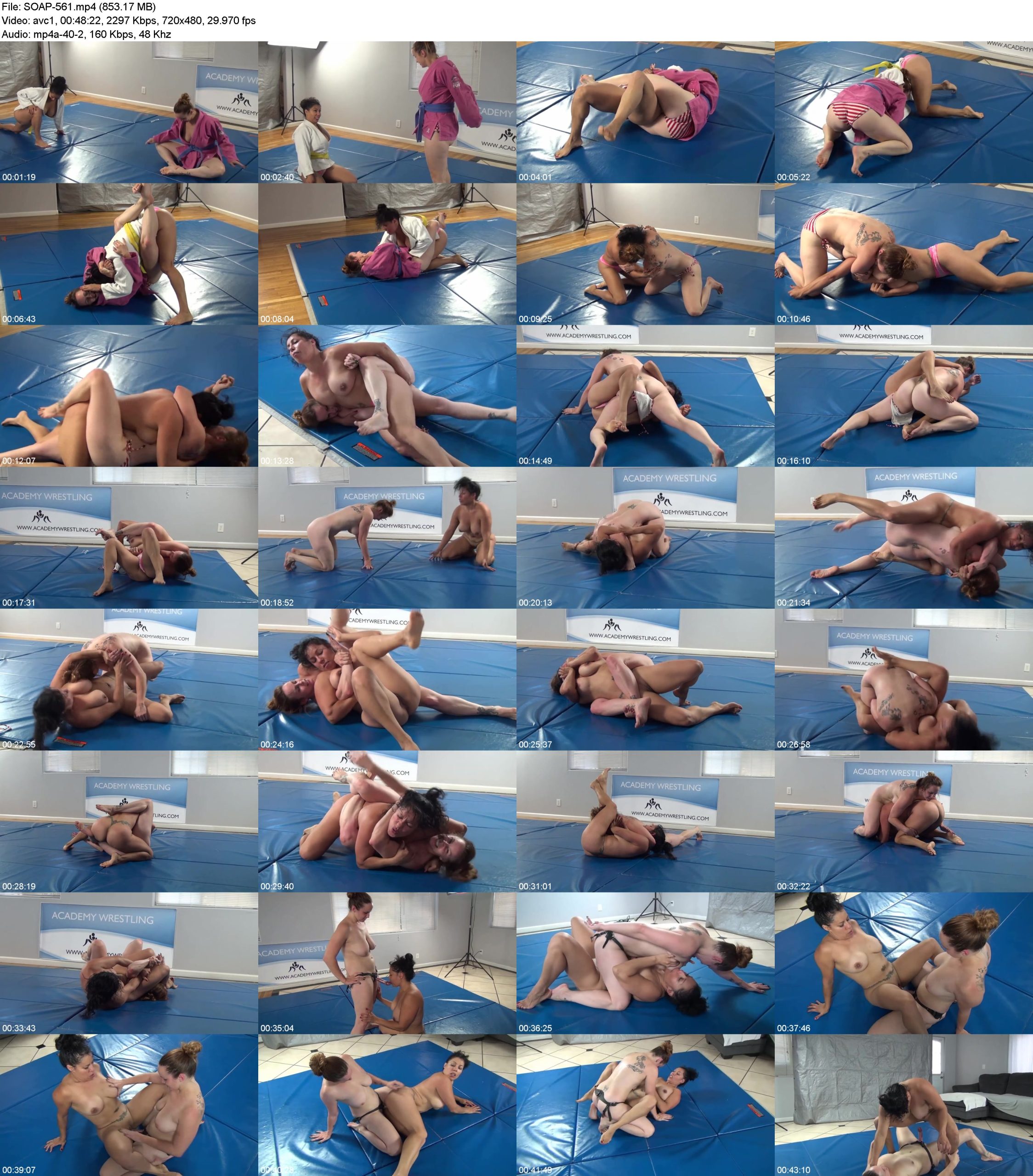 Payback is a bitch! Today Isamar literally learns this lesson the HARD way as she gets her pussy stretched out and pounded in her rematch with Bella. They last met 5 years ago with Isamar gaining the victory. Bella has been seeking revenge ever since and finally gets it today by beating and fucking her rival in this rough and spirited match. They start the match in gi tops and bikini bottoms as an aggressive Bella establishes herself with a crushing body scissor press Isamar to cry out in pain and submit, signaling that there just might be a new queen in town. They remove the gi’s and fight nude as Bella keeps the pressure on her foe with a figure four head scissor that she transitions to a triangle headlock then an arm bar submission that leaves Isamar in shock and admitting that the busty redhead has vastly improved. Isamar regains her footing and battles back hard with arm bars, key locks and a painful and perfectly executed camel clutch to gain submissions but her comeback falls short and she goes “down” in defeat. Bella presss this once proud warrior to gag on the hard tool before titty fucking her while press her huge breasts into the losers mouth. The fucking that follows is intense as Bella ravages Isamar’s wet pussy while she fingers herself to a thundering orgasm. Bella claims her final prize commanding the loser to eat her pussy, which Isamar does expertly, using her tongue and fingers until the victor has a quivering orgasm. A final victory pose ending is well deserved
tags:lezdom fetish,lesbian domination porn,catfight,submission,humiliation,overpowered,facesitting,forced strapon wrestling fight