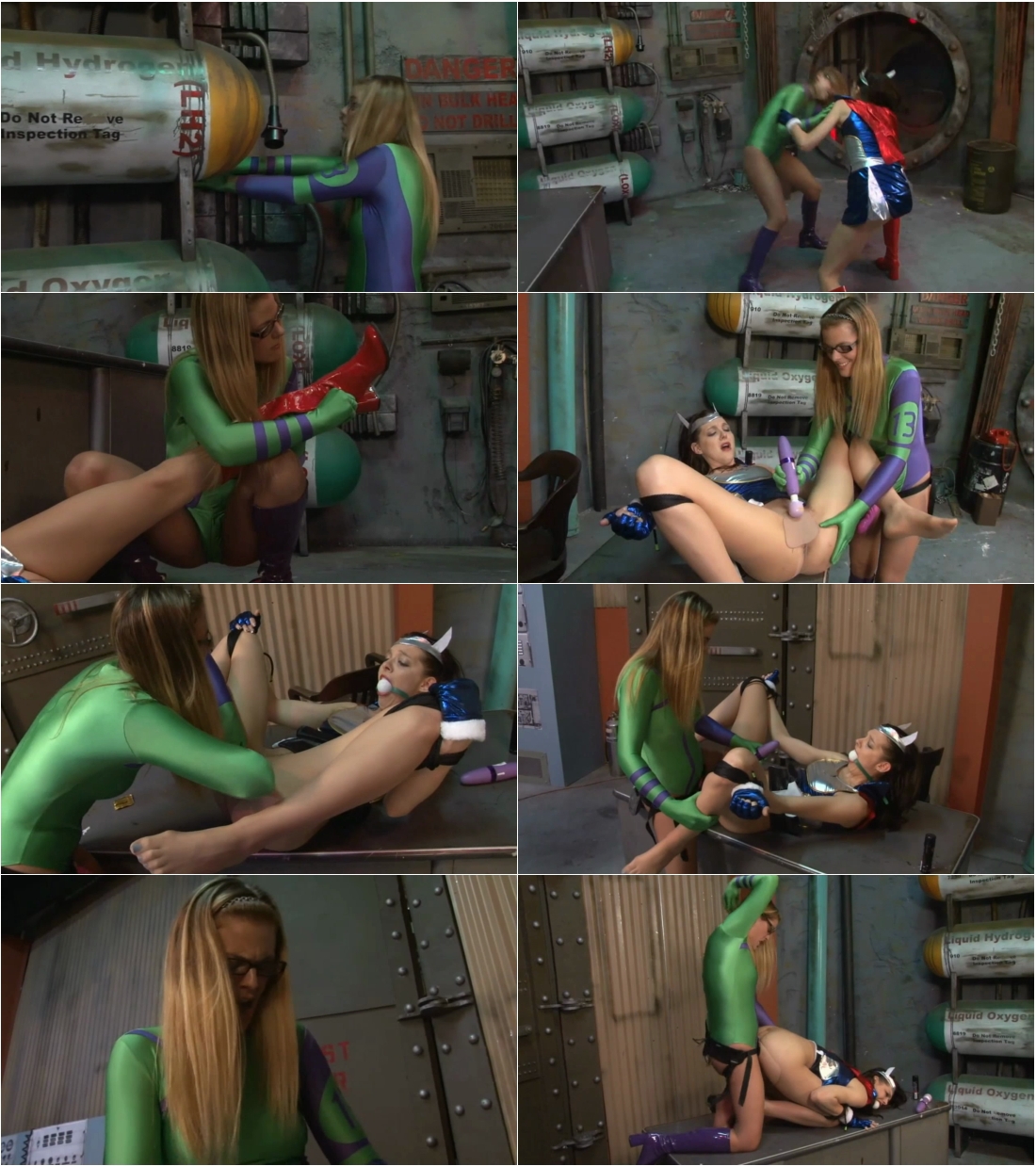 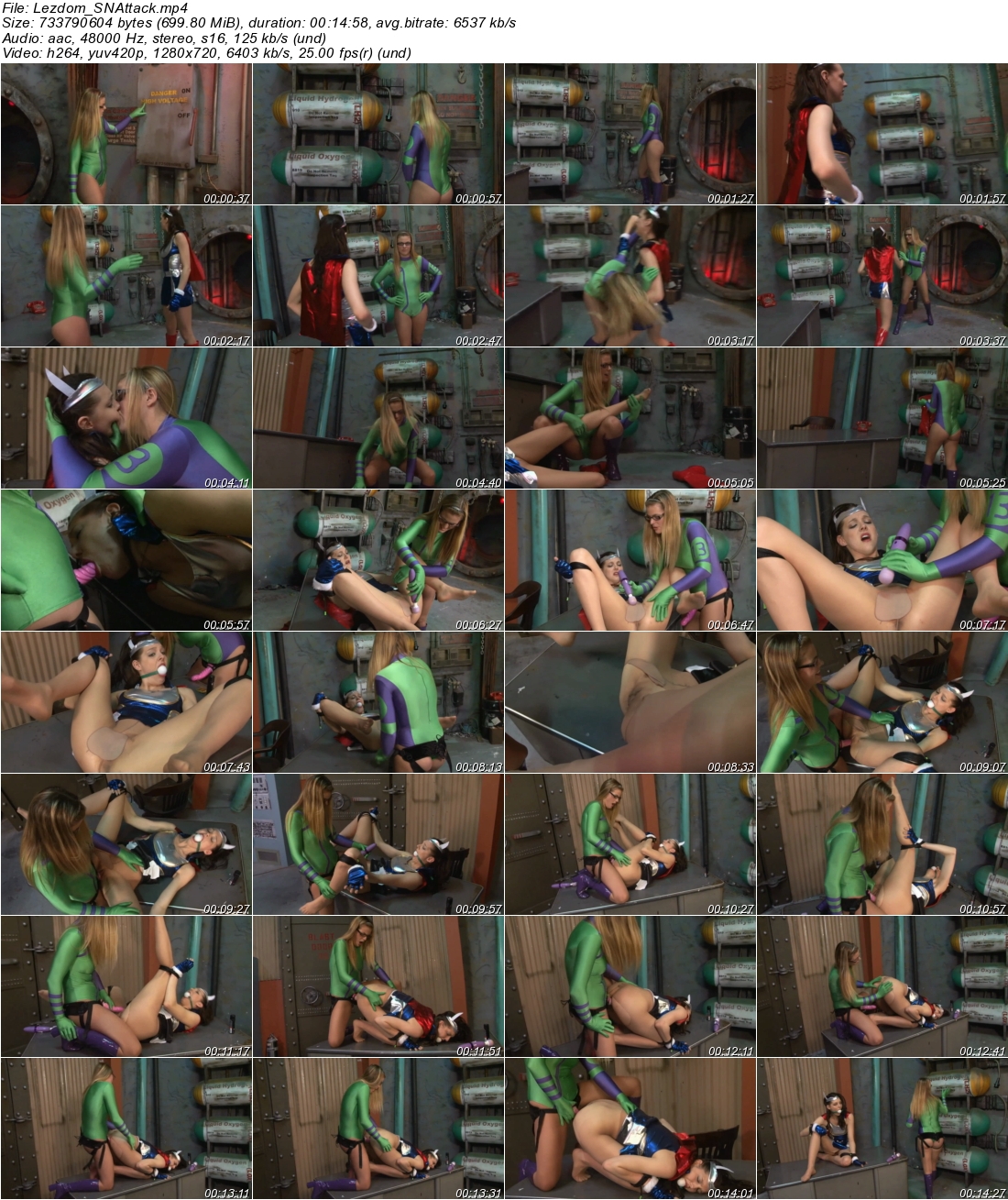 Deep beneath the League of Amazing Women is a bunch of old utility spaces. Most has been built during the 1940s and 1950s. The League does not really use them but they do keep them alarmed just in case anyone manages to find a way in through the old tunnels. Recently, Ultra Woman who is serving a life sentence in Tiedsvilles meta human prison, offered a substantial amount of money to anyone who could penetrate the League and steal the plans and such to the prison itself. With that information, Ultra could escape and reap her vengeance on the people responsible for her incarceration. The evil and unpredictable villain known as Chaos (played by the gorgeous Kendra Lynn) had recently arrived in Tiedsville and took the contract. Chaos is a master of , well causing chaos, was able to track down some very old blue prints that the city had stored away. These blue prints were all but forgotten relics of a bygone time. With them, Chaos was able to find a service hatch and slip unnoticed into the old tunnels beneath the League! But she did not notice, or if she did she did not care, that she had tripped a motion detector. Internal security at the League was boring, people just did not attempt to penetrate one of the worlds most secure places. So guard duty on the night shift was really boring. On the night that Chaos decided to pop in, the mighty Valkyrie was on duty. She was lounging comfortably when the alarm went off in the tunnels near an old maintenance hatch. That the alarm went off in and of itself was not anything to get excited about, rats often set off the motion detectors. But it had to be checked all the same. So Valkyrie headed down completely expecting to find a big old rat roaming around.Chaos was looking around as she planned to set off a large bomb that would drop the league into a pile of rubble. The plan being with the main frames destroyed, Ultra Womans hackers could grab all the info she needed. As Chaos was looking around Valkyrie waltzed in. Both sexy ladies were surprised. But as the two began to send back and forth the usual banter, Chaos chose her opportunity and attacked! Valkyrie was a much better fighter, but she is also a very pure young lady. Chaos knowing this kept grabbing at Valkyries sex. She kicked and punched it and Valkyrie was embarrassed enough to drop her guard. Chaos saw her opening and planted a kiss on Valkyrie. Previously Chaos had bought some special lip stick from Poison Ivy. This lipstick worked perfectly and poor Valkyrie collapsed into a blissful dream that was moments from becoming a living nightmare. Chaos tied the young heroine up and as she came around, Chaos forced Valkyrie to choke on her large fake pink penis! She fucked the poor girls mouth hard and deep choking her. If Valkyrie has known how to suck a dick she might have been okay. After this went on for awhile, out came the hitachi! She used the toy on Valkyrie virgin pussy make her cry and moan as she had an orgasm. Then, shoving a ball gag into Valkyries mouth the real fun was about to begin. Ripping open the young heroines pantyhose, Chaos plunged her pink cock deep into Valkyries hot little pussy. She fucked the heroine good! After Valkyrie had orgasm again, she flipped her over. Now it was time for Valkyrie to get pounded like a . Chaos fucked her hard until she screamed again as she had yet another orgasm.Chaos found the entire episode to be funny and somewhat rewarding. Beating up a super heroine is always fun. But, stealing her virginity was so much more rewarding. No matter what happens Valkyrie will always remember Chaos! So as Valkyrie was laying in a heap seemingly broken beyond emotional repair, Chaos went back to finish her bomb. But Valkyrie is a warrior first and foremost. Through herruns theof generations of warriors. So she gathered her wits and got loose. Chaos never saw it until it was too late! Valkyrie got her from behind and sent her down for her own little nap. Vengeance was going to be a dish best served with a strap on!
Category: SUPERHEROINES
Related Categories: LESBIAN DOMINATION, COSPLAY, STRAP-ON, PANTYHOSE/STOCKINGS, GIRL-GIRL
Keywords: sadie holmes, kendra lynn
tags:superheroine,superheroines,lesbian domination,lezdom,story line ,storyline,froced orgasm,submission,humiliation,super hero, super heroines ,superheroines porn,superheroine porn , superheroines adult movies,catfight,cat fight,,female fighting,ring wrestling,female wrestling,Scissors,catfighting,cat fighting ,strapon,lesbian strapon