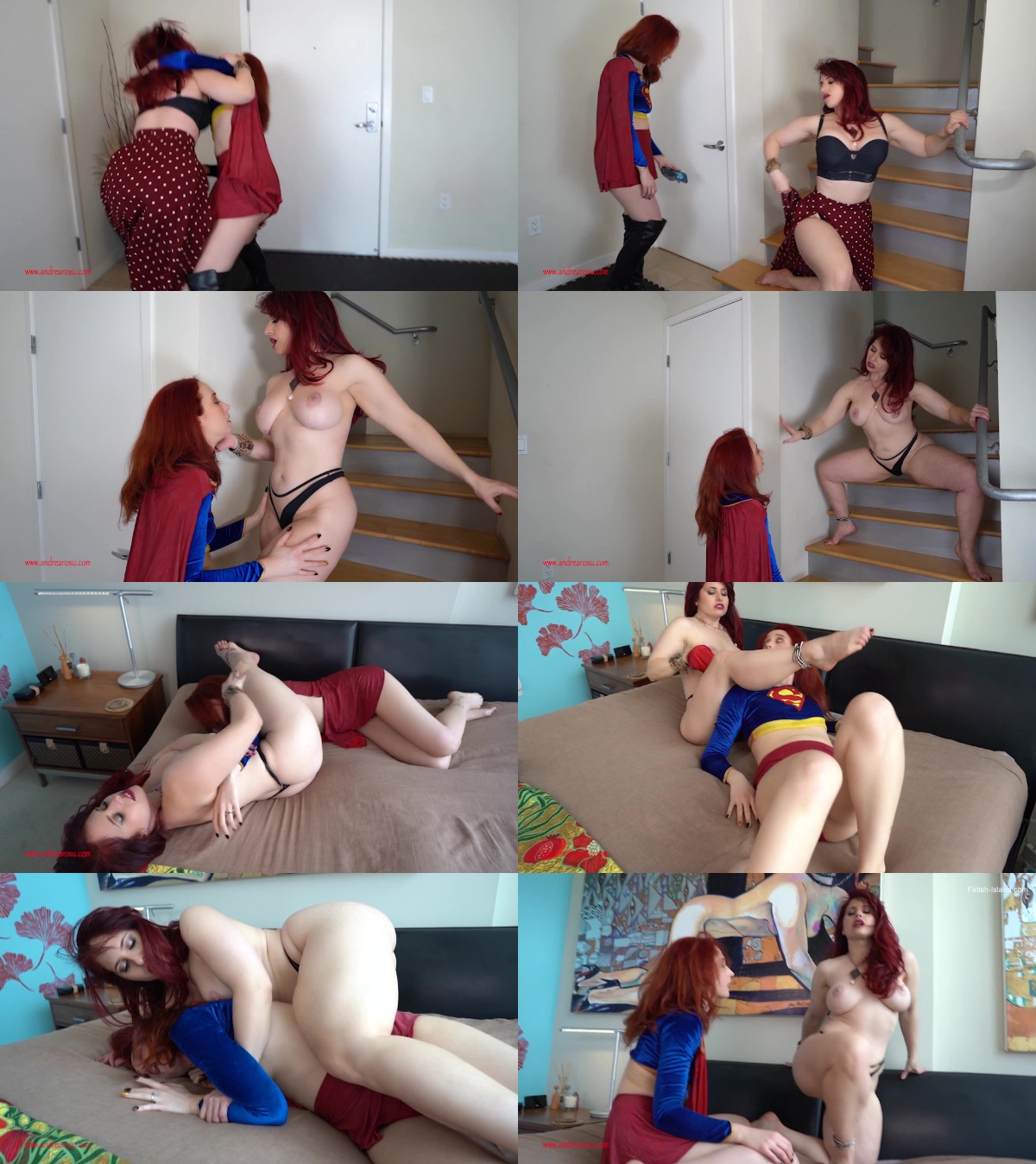 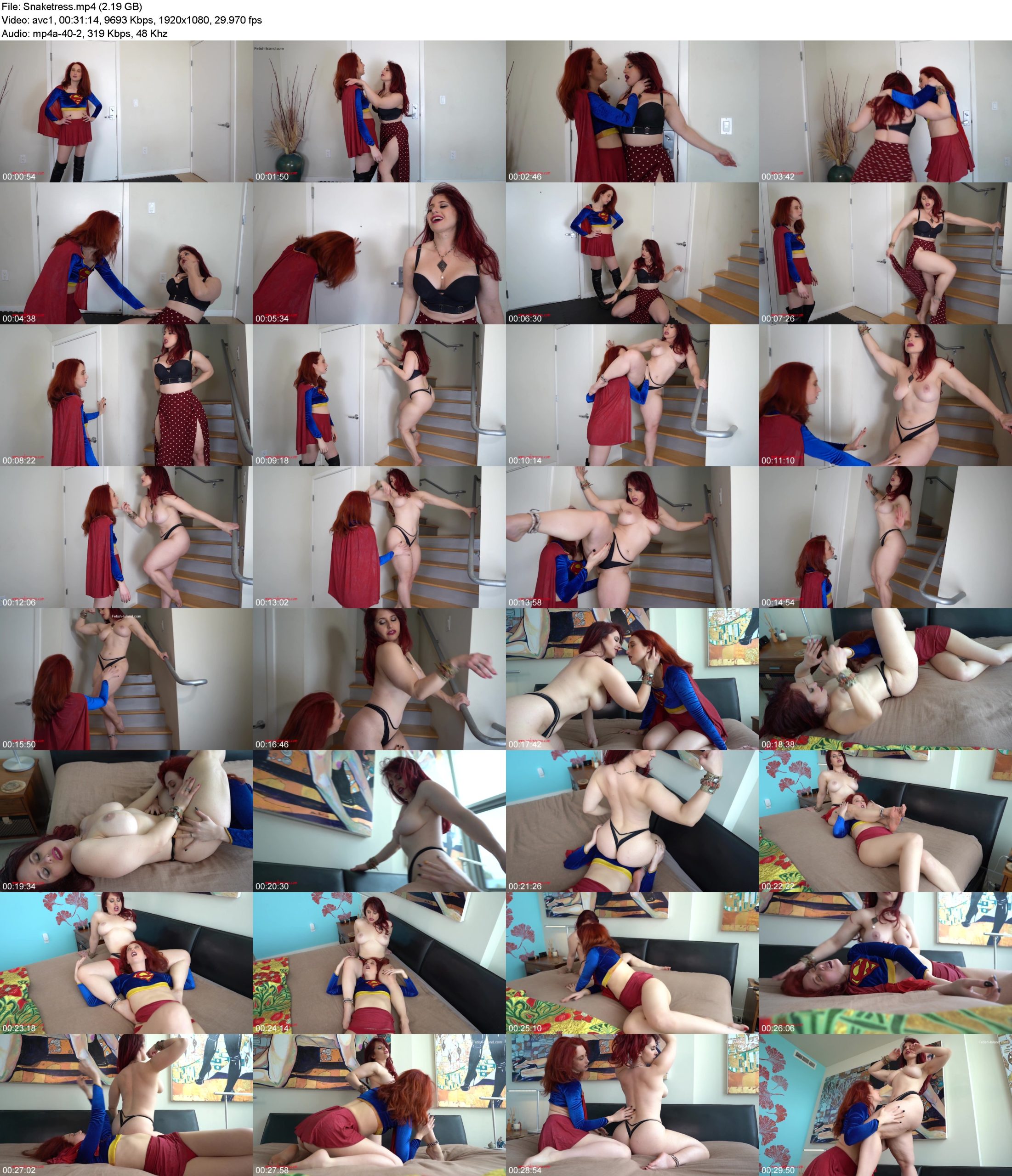 Supergirl (played by Luna Lain) enters ready to take the Villian-ness, The Snaketress (played by Andrea Rosu) by any means necessary. She attacks Andrea, woman-handling her to the ground. But Andrea/the Snaketress has other powers of persuasion. She convinces Supergirl to play an alleged recording of her confession of all her wrong doings. Rather than Andrea’s voice, a song comes on, and Andrea begins to undulate her hips and shake her voluptuous ass while seductively stripping down to a small thong. Supergirl is desperately trying not to fall under her spell, but her moves are far too powerful. Supergirl’s attempts to not be taken under are futile, and by the end of it, Supergirl pledges her allegiance to the Snaketress.