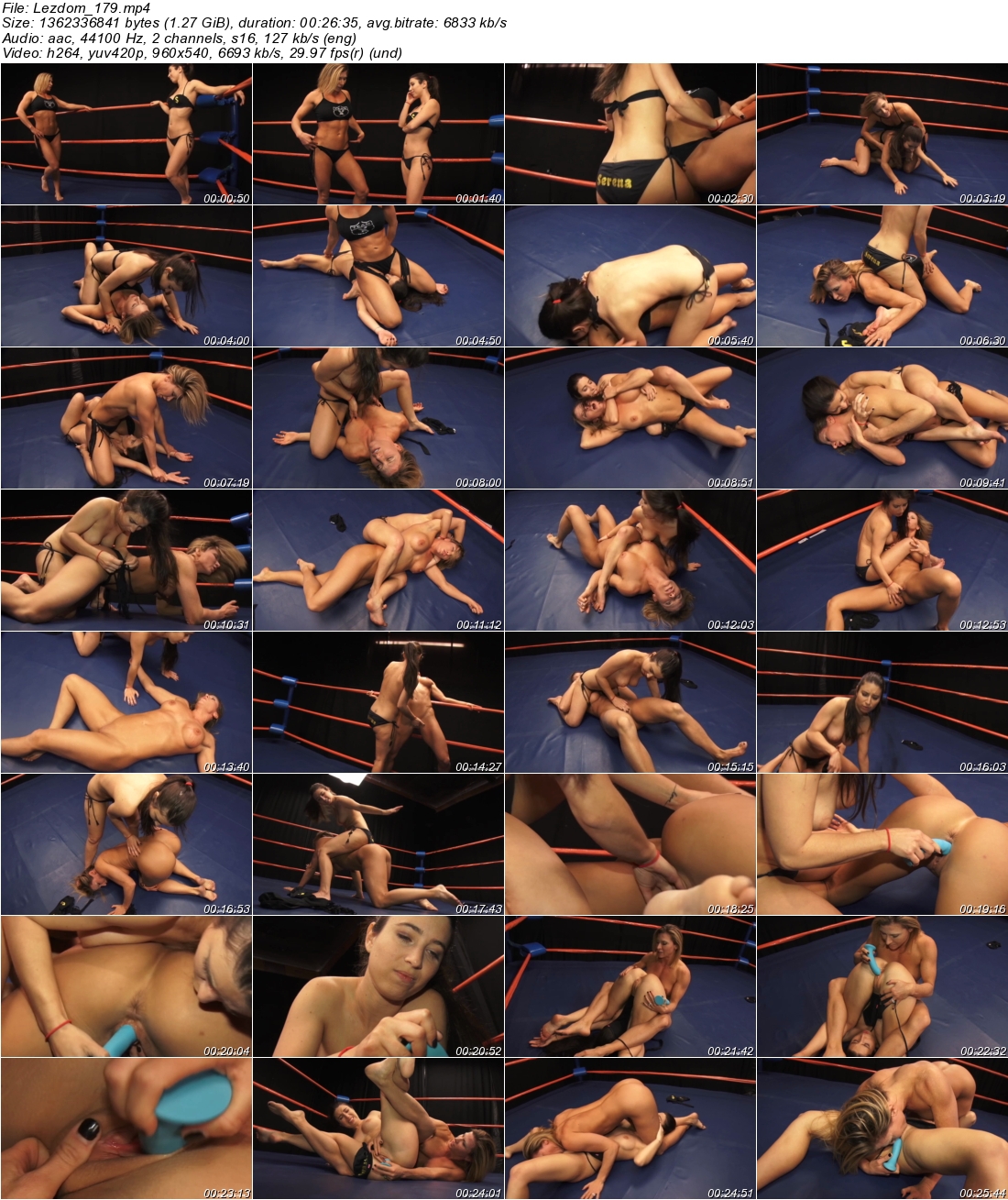 Ariel x and Serena Blair, oh boy, when these two get together sparks fly, so we knew we had to put them in the ring and glad we are because they used all of that lucky ring. This is another off those great gang fights where we get some real fighting and some real sex – so who is going to be the leader of the gang and who is going to get fucked and I do mean fucked because these two mean business. Now Serena my be petit but anyone that knows her, knows she is as tough as they come and she knows how to fight so it was no big surprise when she got the upper hand on Ariel, even stripped her and started to have her way with her, Ariel was a bit stunned but the truth is X likes sex even when it’s forced on her, especially when it’s a pretty little lady like Serena. Serena attacks X’s breasts, then her ass and finally her pussy – she even rides Ariel like her little pony. Both ladies roll from one great hold to the next but the petit warrior manages to stay in control, even to the point she gets out the dildo to prove she is really the boss, as X tries to crawl away that big dildo is shoved in deep. But everyone knows you can only dominate the great X for so long, finally she does this fabulous roll where she is on the bottom and suddenly on top, not just on top but has Serena in a tight match book and once in control in this position she is really dangerous – yes, Serena’s pussy is now vulnerable to everything and everything is just what X has in store. Team X or team S – which one comes out on top in this back and forth wrestling sex match. it’s wrestling and sex at it’s ultimate !!!!!
tags:catfight,cat fight,,female fighting,ring wrestling,female wrestling,Scissors,catfighting,cat fighting ,lesbian domination,lezdom,humiliation,submission,forced orgasm,facesitting,dildo,forced fuck