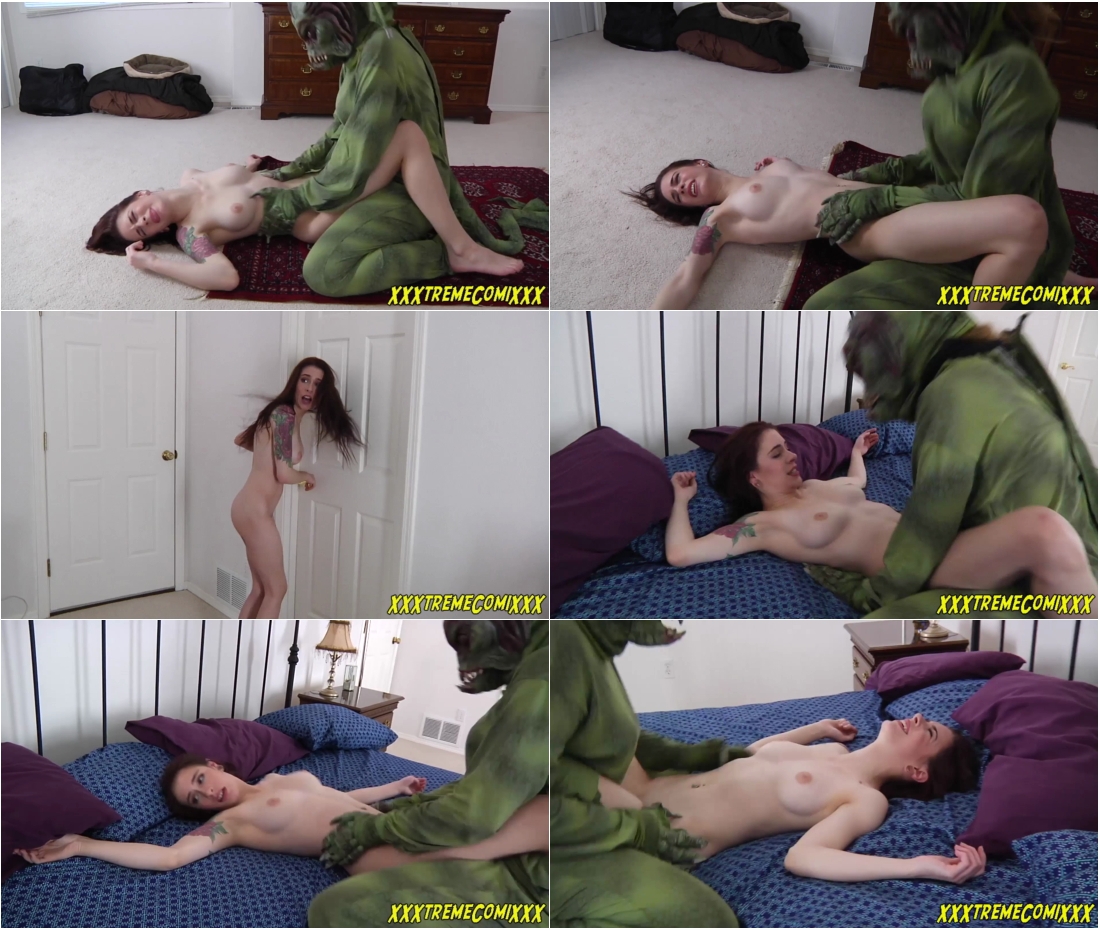 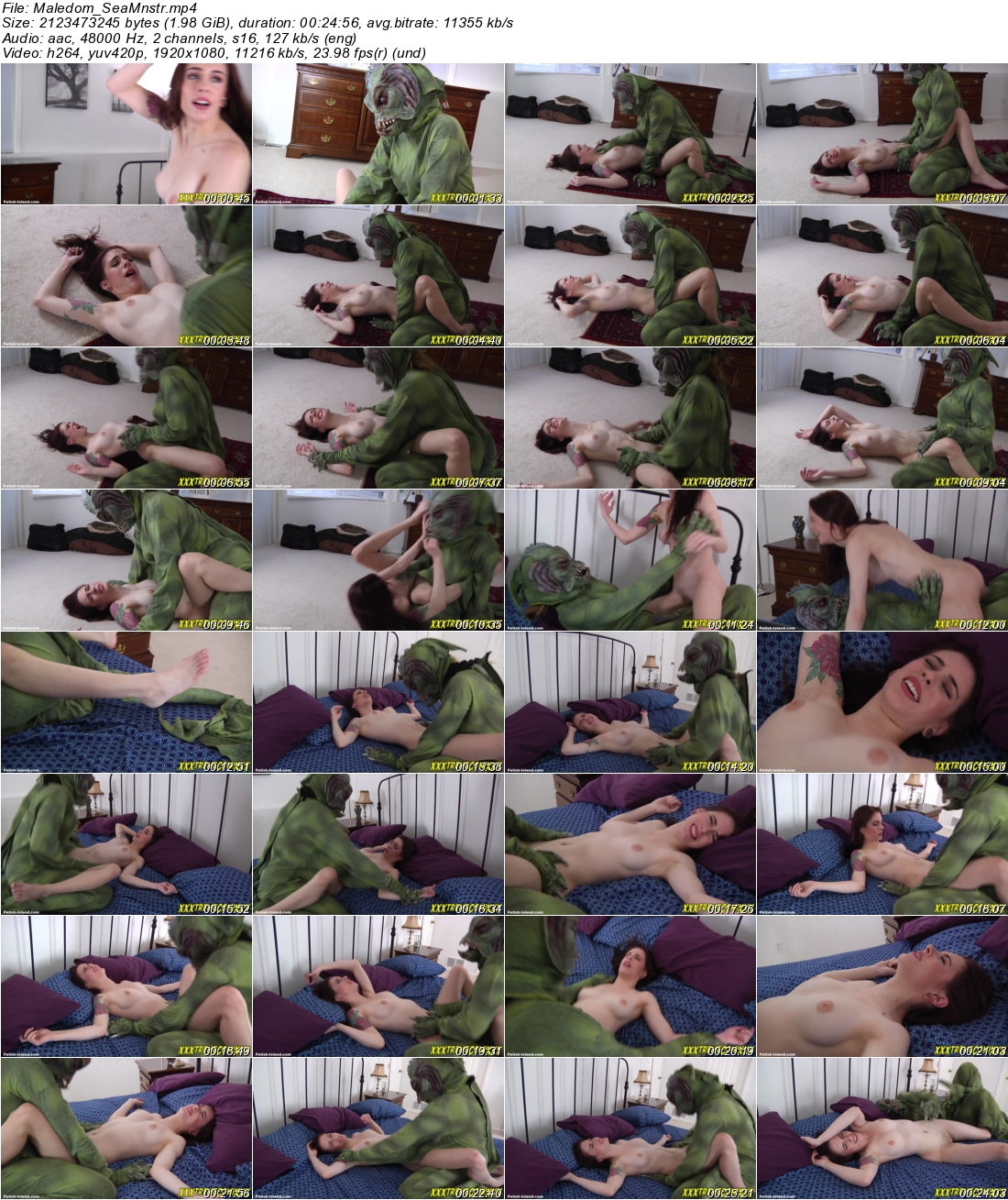 STARRING: Anna De Ville
When she first saw it, lumbering out of the ocean, she thought it was a man. What else would be walking upright, out of the surf, with no one else around, no boats in sight. She assumed that the odd way it walked, the heavy, plodding gait, was due to a wet suit and SCUBA gear. Still, there was something so alien, so wrong, about it that she kept staring, trying to figure out what it could be. Too late did she realize that it had seen her, that it was stalking right towards her. She ran into her house, seeking refuge, to escape the monstrous thing too impossible to exist, but onward it came. Fright turned to naked terror as she looked down at the huge phallus that hung between its legs and there was no doubt about what the thing wanted. It was on her in an instant, throwing her down and clamping her ankles in its scaly grasp. With an inhuman strength, it dragged her close, forcefully spreading her legs wide, the large head of his slimy cock already oozing a green ichor, and thrust itself inside of her. A gasp escapes her lips, the cock of the creature so large that it nearly knocked the wind out of her, filling her up completely, stretching and tearing into her. Then the pain came, screams of agony and despair, as she thrashed her head in a futile attempt to get away. Horror and revulsion twist in her gut as she feels the thick penis inside her throb and pulse, unleashing what feels like a pint of its slimy seed deep in her womb. Still the thing stays hard, continues to batter away at the woman’s abused pussy, feeling like a punching her in the cunt. Her torment gives her a sudden burst of strength and she lashes out at the creature’s eyes, kicking at it and scrambling away as the assault catches it off guard. In her mindless desperation, she runs to a locked door and is cornered. The beast, infuriated, throws her on the bed nearby, and once more, crams itself inside her bruised snatch. She is fucked brutally, mercilessly, her cries futile against the ichthean abomination. At last, the thing throws its head back and roars, hot spurts of goo filling the poor girl up again, the vile slime oozing further up inside her. Momentarily sated, the creature rolls off her to rest, while the broken woman, body aching, mind shattered from the inhuman assault, curls up and weeps.
Fetish Elements: Explicit Sexual Content, Nudity, Monster, Sea Monster, Terror, Pleading, Violence, Forced Sex, Carrying, Lifting, Body Play, Body Views, Foot Views
Presented in 1920X1080 High Definition MP4 Format
Category: ALIENS & MONSTERS
Related Categories: XXX HARDCORE, STRAP-ON Keywords: xxx hardcore
Tags:Maledom,Male Domination,superheroine,superheroines,Humiliation,storyline,story line,Mixed Wrestling,mixed fight,Submission,froced orgasm,super hero, superheroine porn,super heroines,superheroines porn,superheroines adult movies