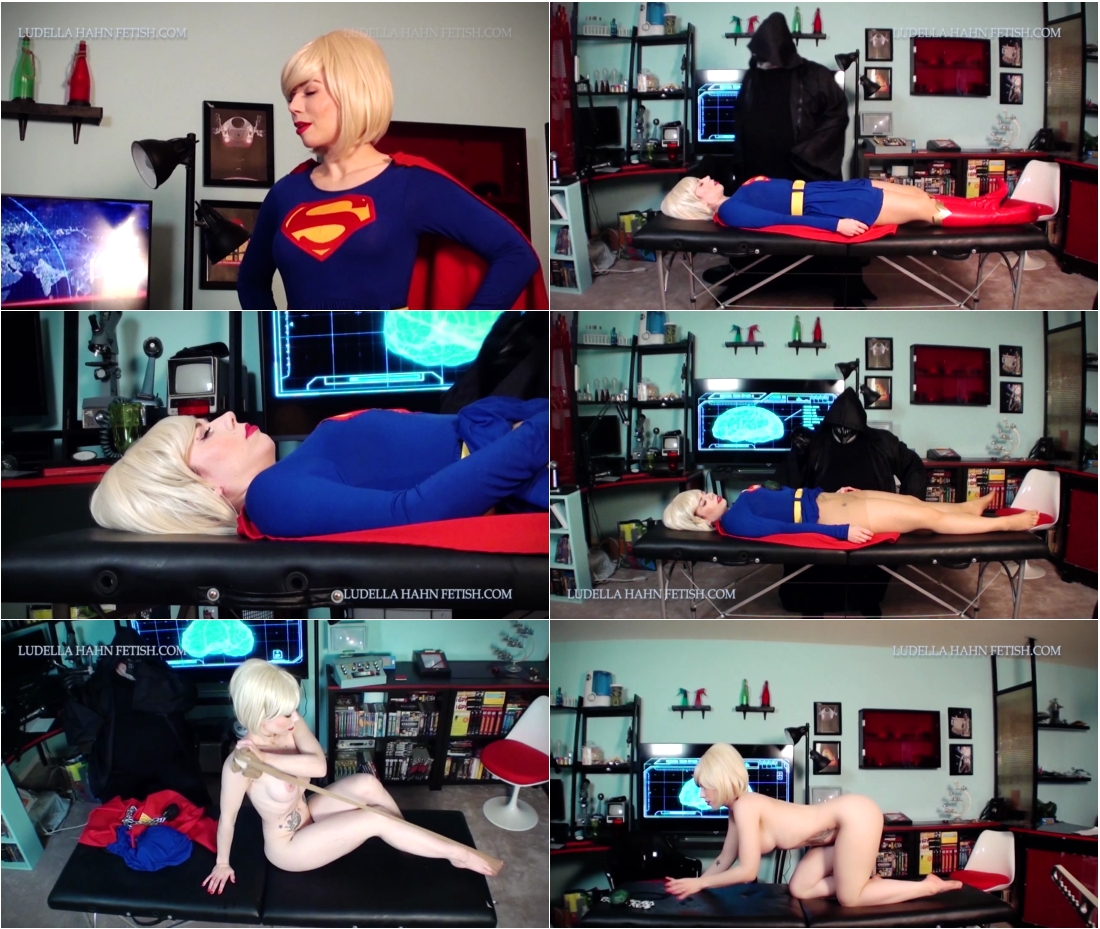 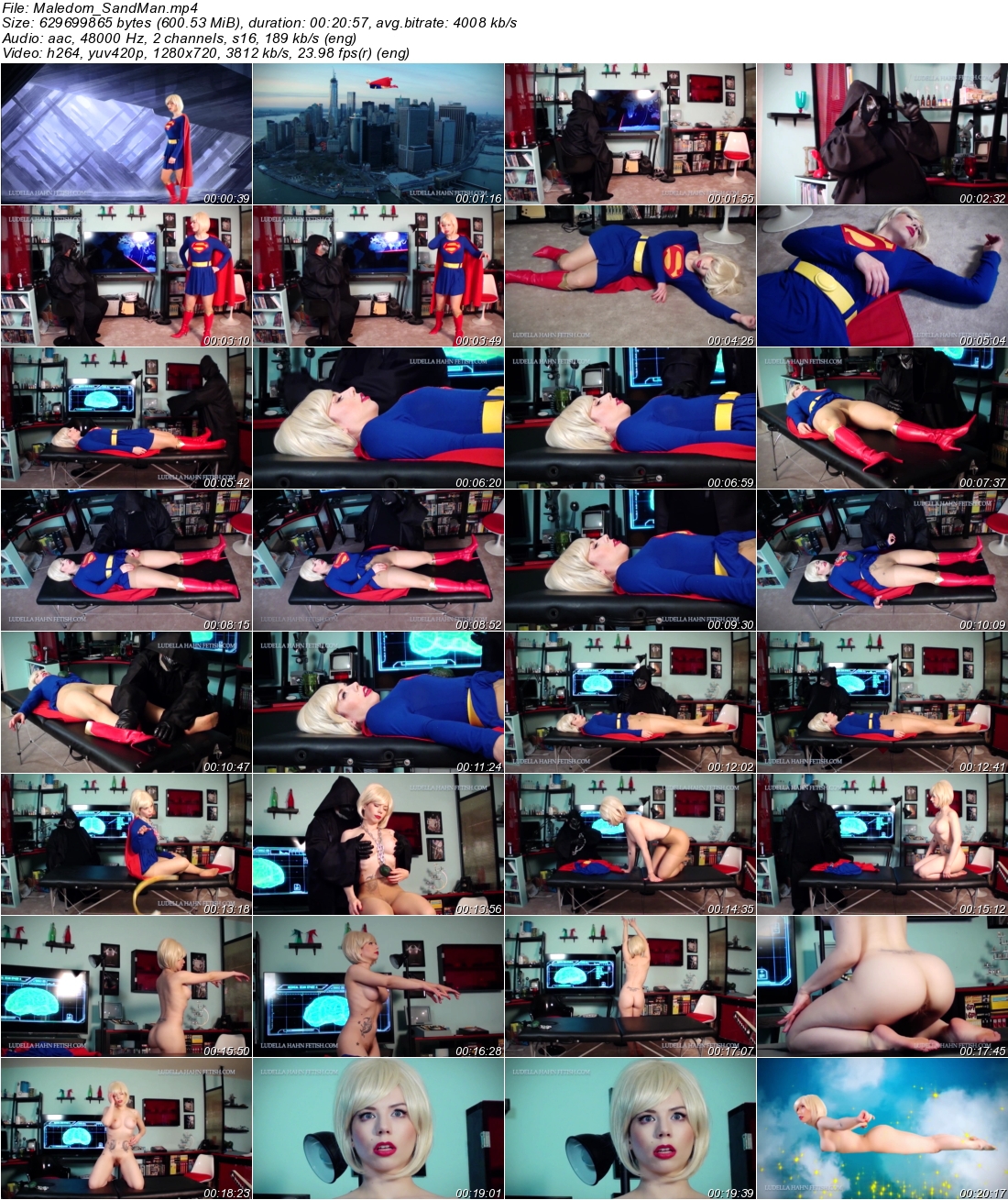 With Superman on a mission to Mars, Super Girl feels obligated to stop the villainous Sandman who has plans to sprinkle his new mind control dust over the world to create a world of obedient minions to serve him. After some time in the Fortress of Solitude, she flies at super speed to his lair to stop him.
Unfortunately for her, he has made a special batch of magic sand infused with kryptonite, rendering her helpless against him. She fights it as long as she can, but soon after he blows it onto her, she finds her knees buckling and eyes rolling before dropping to the floor asleep. The camera pans over her body.
When the scene reopens, she’s still out, but on a medical table. The Sandman plays with her limp limbs and removes her boots. She has no panties on under her uniform–just pantyhose. While he’s playing with her limbs, the sand starts to wear off, so he puts a chain around her neck with a large chunk of kryptonite to keep her weak and docile so that he can control her mind and implant thoughts to serve him as his super slave.
He makes her strip out of her uniform till she’s fully naked. She obeys in a very sleepy weakened state. He makes her prove her obedience by walking around with her hands in front of her like a zombie professing her love for the Sandman as well as her obedience. He even makes her say she’s worthless as a superhero, which she fights saying, but eventually gives in.
He then has her do a sexy slave dance for him, spraying more dust on her to ensure she’s under his control. She shakes her super ass and dances seductively for him, but the sand begins to wear off after a while and he has to spray her with a larger dose. She stares blankly ahead, completely under his control. He orders her to act as his slave and sprinkle the dust around the world for him at super speed…while BUTT NAKED. What will become of Super Girl…and of the world?
Clip Includes: Supergirl Parody, Superheroines, SFX, The Sandman, Magic Dust, Krytonite, Sleepy, Limp, Eyerolling, KO, Body Pans, Limb manipulation, limp play, Cosplay, Perils, Costume, Eye Crossing, Eye Rolling, Stripping, Debooting, De-booted, Pantyhose, Sleepy talk, Mind Control, Tit Play, Big Tits, Made to touch boobs, Sexy Dancing, Zombie Walk with arms out, Mantras, Transformed into the Sandman’s Super Slave, Full Bush, Ludella Hahn Contains FULL NUDITY – An AR Tiste Collaboration
Tags:Maledom,Male Domination,superheroine,superheroines,Humiliation,storyline,story line,Mixed Wrestling,mixed fight,Submission,froced orgasm,super hero, super heroines,superheroines porn,superheroines adult movies,supergirl