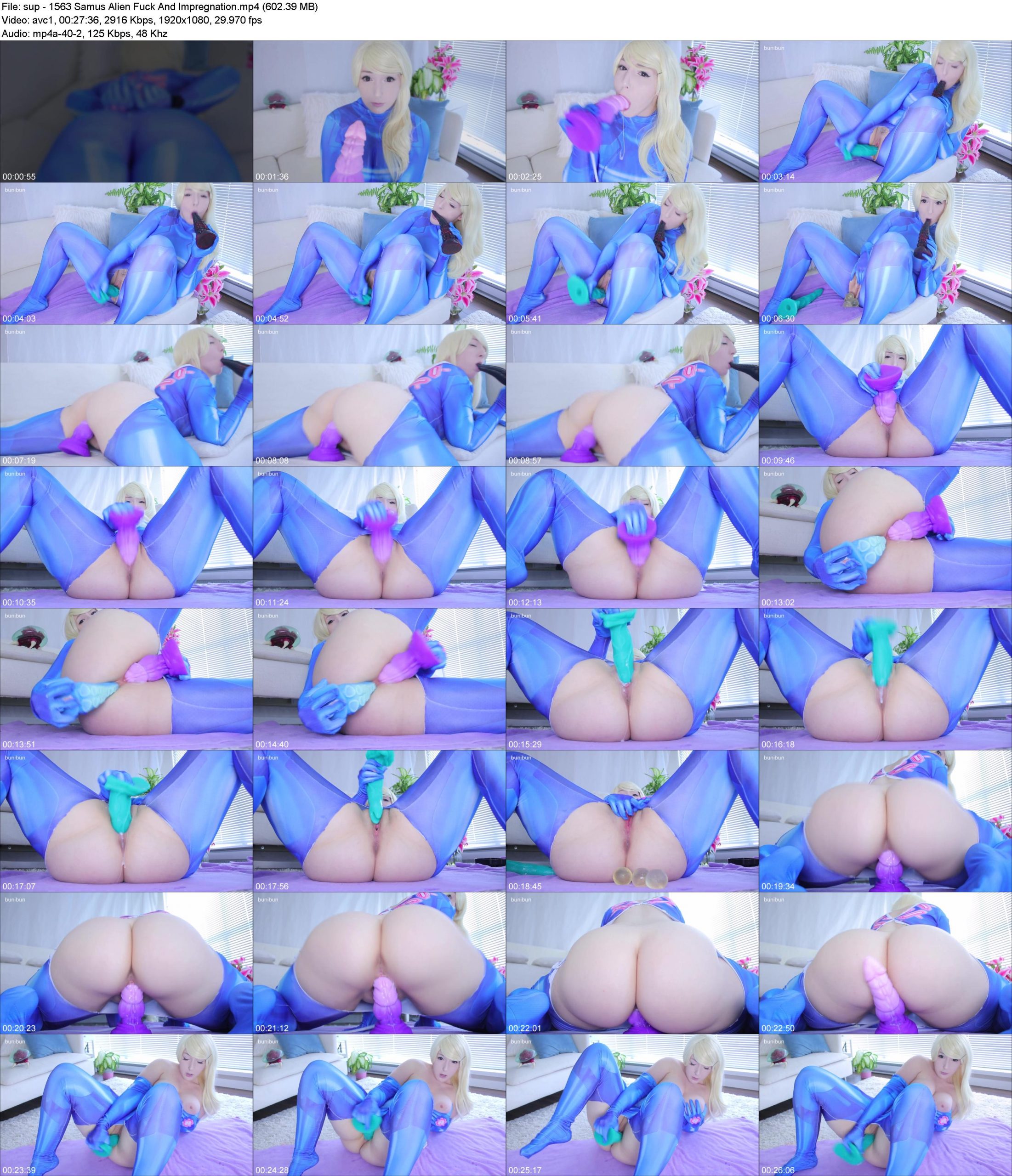 Bounty Hunter Samus Aran is on a mission to Planet Zebes to retrieve back a Metroid that the Space Pirates have stolen. On her way to planet Zebes she is attacked and her ship is about to crash. She ends up crashing on an unknown planet instead and remains knockedout. While knockedout she is captured by a group of aliens and monsters. Finally after hours she wakes covered in some kind of ‘slime’ substance… the aliens tell her they want to experiment and breed her and that she must cooperate or else they will terminate her. She complies and tries to make it look like shes enjoying everything done to her as much as possible. Shes first ordered to suck on one of the monsters cocks, and is ordered to gag on it a little harder as she sucks it off. When the aliens are content with her taking a monster cock in her mouth they start fucking her. She fucks and alien cock while sucking a tentacle. She can start to feel the alien impregnaning her with eggs as they stretch her pussy and get pushed out one by one. She gets fucked in multiple different positions with the monsters. There is one short scene of me doing a little dp with a tentacle and a big bad dragon toy in my pussy. Some scenes its just fucking without eggs pushed out of my pussy, other scenes its fucking with pushing out alien eggs out of my pussy. While being fucked the entire time Samus actually seems to be enjoying herself being fucked by the strange aliens.
Categories: Super hero, superheroine porn,superheroines fetish, Cosplay, Parody, Aliens & Monsters, Bad Dragon, Big Ass, Impregnation Fantasy.