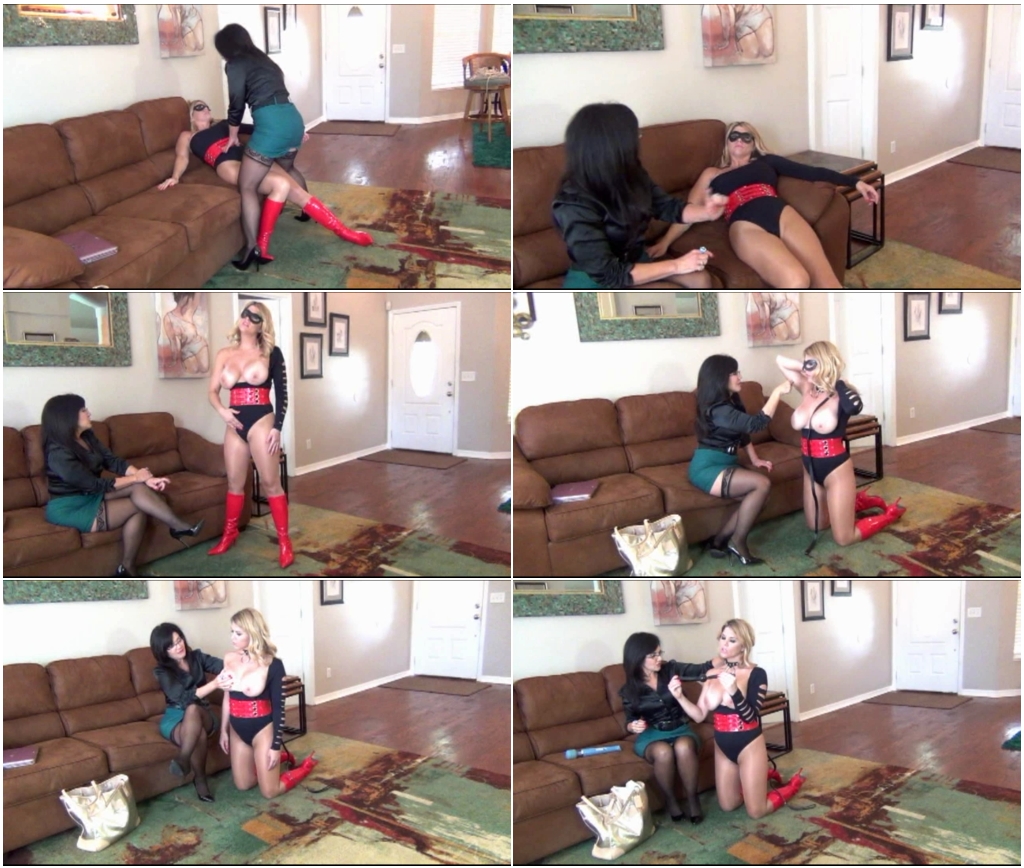 The Ruby Protector has to save the world! Professor GiGi wants to rule the world! The Ruby Protector engages Professor GiGi in a physical battle and before long The Protector finds herself mesmerized and under GiGi’s spell…with the aid of her own Jewel! The Ruby Protector is now fully under a spell and she is told to stand up and pull out her big,perfect boobies and squeeze them! She has no ability to refuse and she obliges quite openly. She even massages her pussy when told and even spanks herself when instructed!! Professor GiGi takes it even further by giving her a collar and tells her to wear it. She is now her pet! The Professor walks her around by the leash, fondles her boobs and even rubs the Ruby Protector’s crotch! She even makes her lick her OWN nipples!!! She then pulls a vibe out of her bag and applies it to her sweet spot for a a minute before she decides she doesn’t want to hear her moan and gives her a ballgag to put in her own mouth!! Rope is then pulled from her bag and she makes Ruby tie herself up! First the ankles,then he Professor ties Ruby’s wrists behind her back.NOW,the vibe is brought out and mercilessly applied to Ruby’s crotch! She is immobilized and can not get herself free from the never-ending Hitachi invasion! The Hitachi is just left there to vibrate away while Ruby can do nothing about it except cum and cum again!
Category: SUPERHEROINES
Related Categories: MAGIC CONTROL, MIND FUCK, BONDAGE, FORCED ORGASMS, COSPLAY Keywords: carissa, gigi, pantyhose, superheoine, mask, boobs, boots, nylons, belt, large nipples, blonde, brunette, hitachi
tags:superheroine,superheroines,lesbian domination,lezdom,stroyline,froced orgasm,submission,humiliation,super hero, super heroines