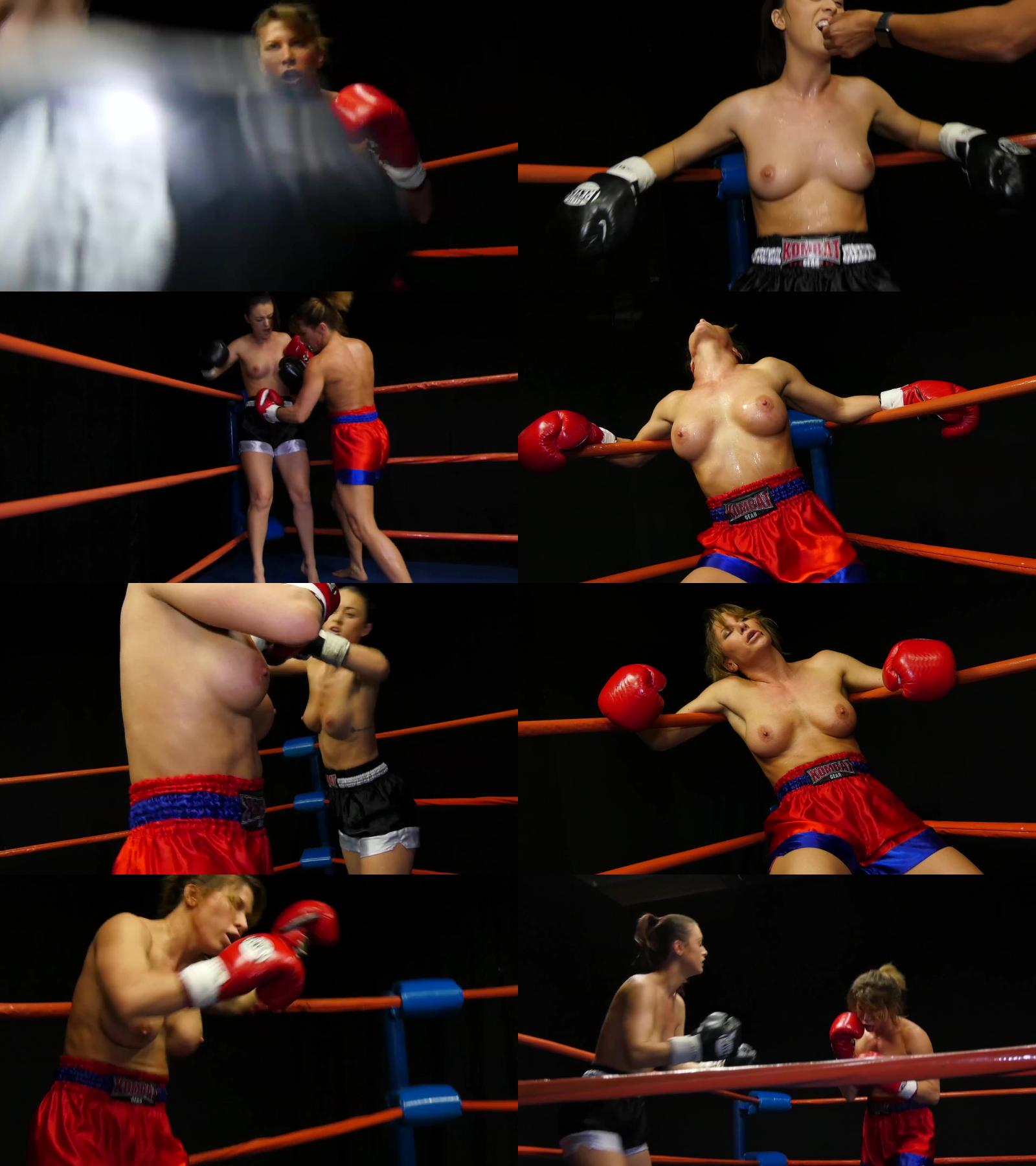 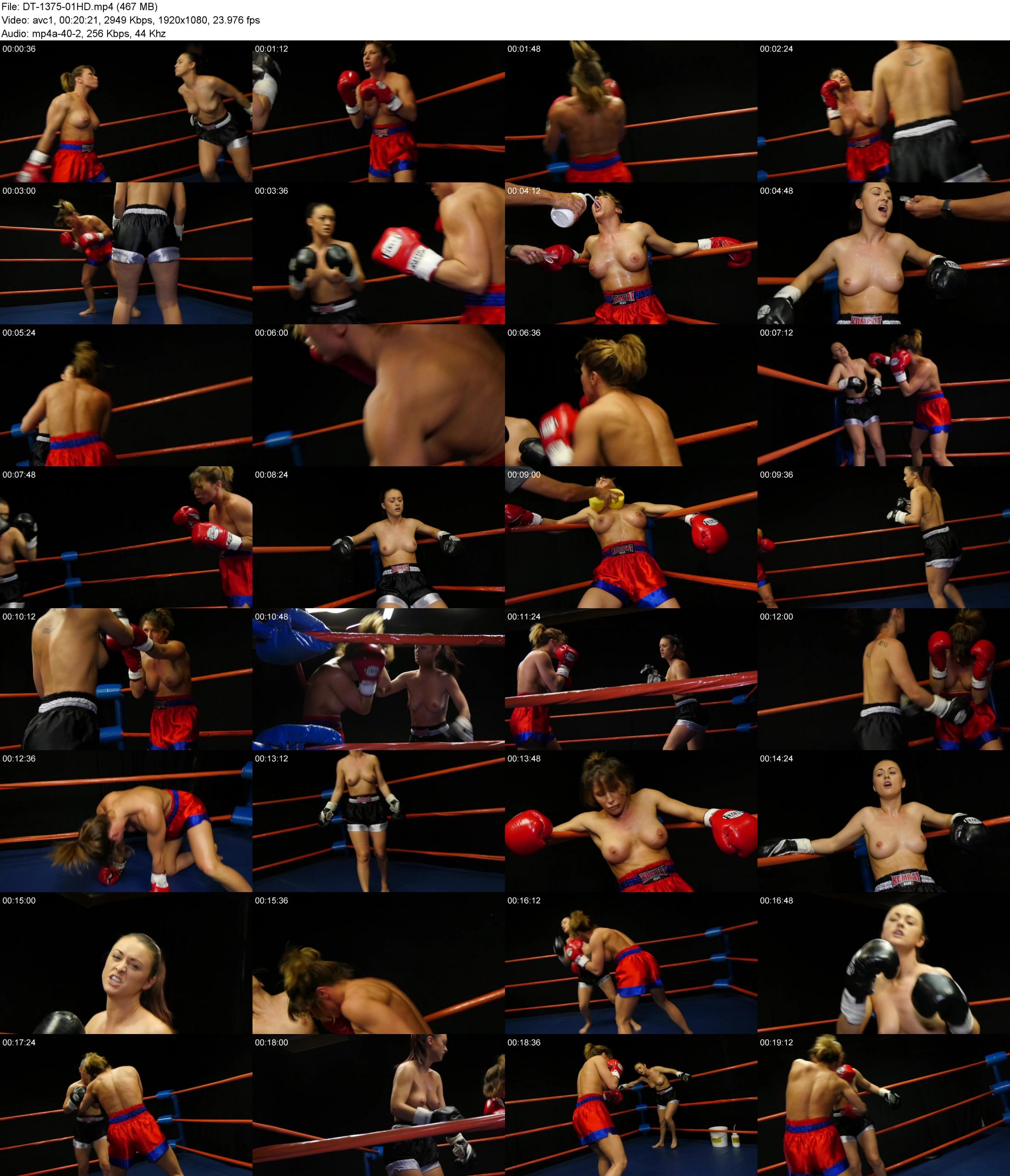 BOXING, oh we love it so, and this one is a real classic, so bombastic they can hardly lift their gloves by the last rounds. Yes Karlie Montana and Ariel X put on one hell of a pugilistic battle, they start out topless and almost start fighting before the bell, no love lost between these two. Each round is a classic duel, one seems to get control but never totally as they are so evenly matched, between rounds we are treated to our warriors getting their mouth guards out before their drink, then the water is poured over their sweaty bodies, dripping down their erect nipples. Another round and they are back to throwing bombs, in the corner Karlie traps Ariel and pounds away till she knocks her down but not for the full count, back up she clinches till she can get her senses back. Another round and X takes control just enough to send a blow that has Karlie getting a close look at the canvas but like the gammer she is. soon up and battling again. We get only glimpses at some of the later rounds as this fight goes deep to twelve where we find our two gorgeous combatants so weary they can hardly throw a punch but neither will retreat and finally, finally one with her last ounce of strength puts everything into her final punch and it is just enough. Wow, what a boxing match, a classic that you will love !!!!!!
tags:catfight,cat fight,,female fighting,ring wrestling,female wrestling,Scissors,catfighting,cat fighting,catfight fetish,catfight porn ,lesbian domination,lezdom,humiliation,submission,forced orgasm,facesitting,spanking,storyline ,storyline,slave,slavery,mistress,enslavment,lesbian bondage,lesbian strapon,spanking ff,lesbian blackmail,strapon ff,lesbian anal,lesbian bondage,slave,,whip,whipping,female fuck female