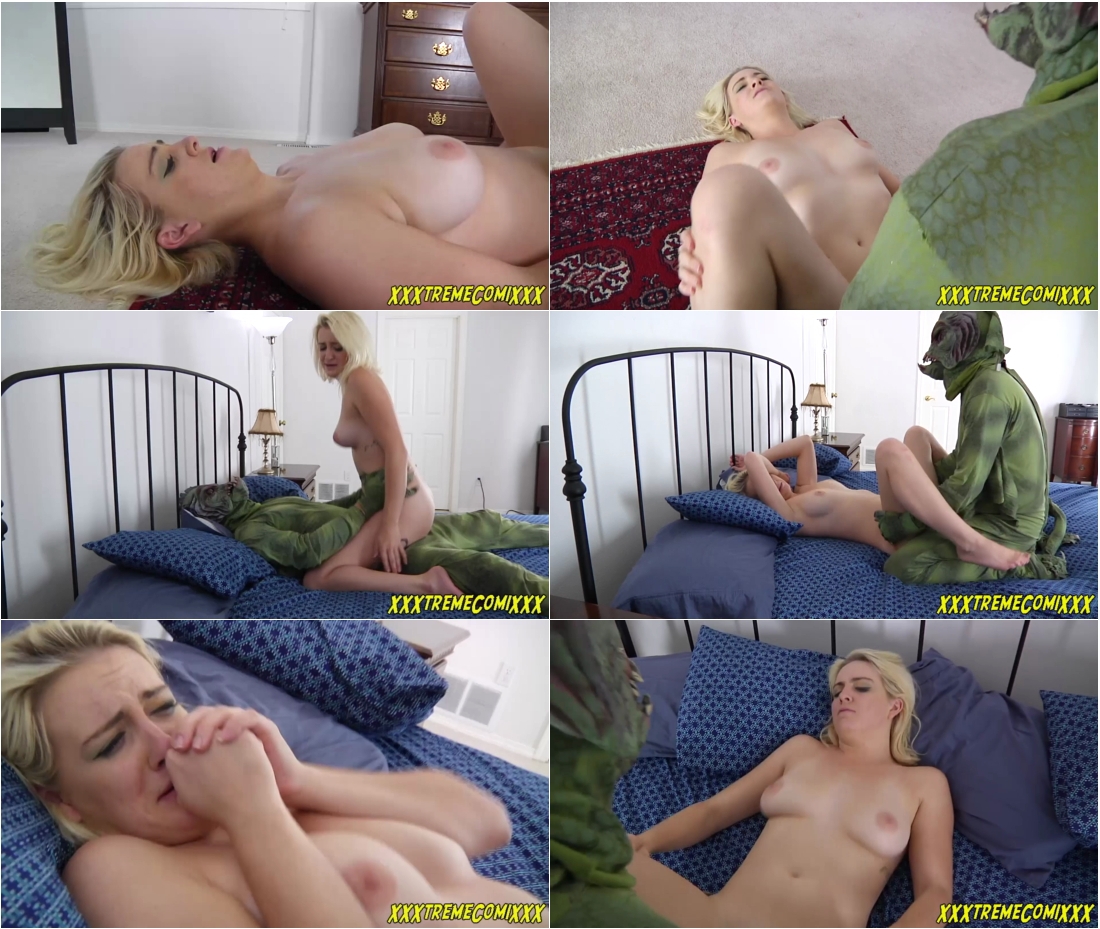 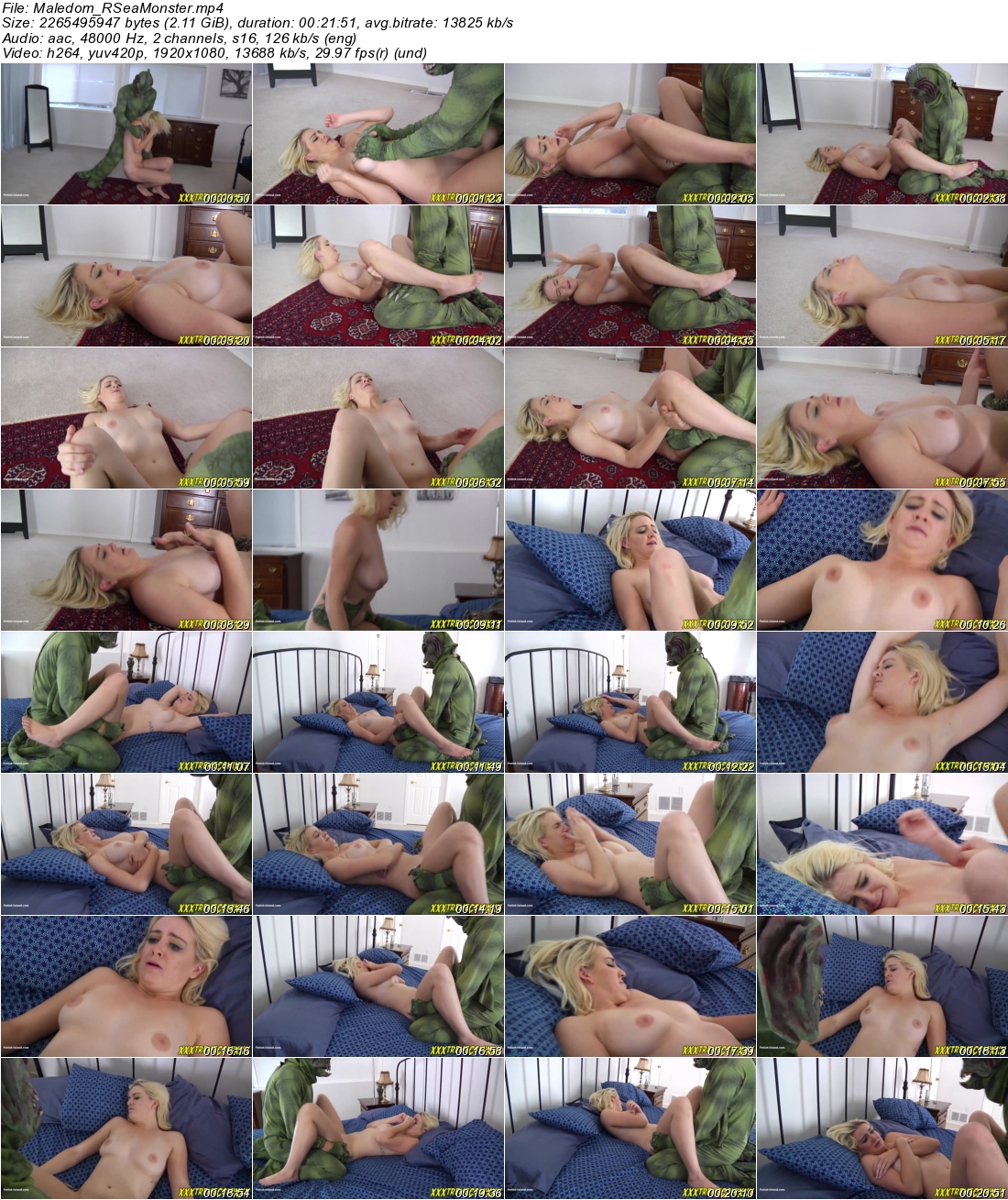 A naked blonde woman runs, screaming with blind terror, pursued by an inhuman creature that has risen from the blackest swamp. Its intentions clear from the slimy, green phallus that protrudes from its groin. Finding herself cornered, the woman looks around frantically for any way out of this nightmare, but the monster is on her in a second and flings her to the floor with its bestial strength. Paralyzed with fear, she can only watch as its webbed hands grab her legs, spreading them apart and pulling her exposed pussy closer to its perversely shaped sex organ. With a brutal thrust, it invades her sex, stretching her open, thrusting deeper inside her than would be possible for any human lover. Head thrashing from side to side, she screams, â€œno, no, no!â€ like a mantra against the horrid assault. It doesnâ€™t understand the words. It only understands its relentless sex drive, the urge to mate and the scent of this fertile female. Plunging into her over and over, fucking her with a savagery born from its primordial origins, the woman flails helplessly as the creature defiles her most intimate depths. Revulsion and fear mix, nearly driving her mad, at the scaly monstrosity laboring on top of her. In desperation, she jabs her fingers into one of its dead, fishy eyes, momentarily distracting it. Seeing her chance, she runs again, but with an animal quickness, it grabs her once more, hurling her to the bed. Throwing her luscious body around like a rag doll, the thing violates her repeatedly, its reptilian cock testing the walls of her abused cunt, pummeling her cervix. There is no reprieve from the vicious assault, the creatureâ€™s inhuman stamina seemingly inexhaustible. At the peak of the monsterâ€™s ferocious jack hammering, it grips the womanâ€™s hips tighter, grinding their pelvises together, as it arches its back, head thrown upward to unleash a roar of animal triumph. Hopeful that the vile thing is done with her, she is disgusted at the feeling of pulsations as its prick throbs deep within her, imagining being filled with its alien seed. Retreating into her broken mind, she curls into the fetal position and sobs, praying that there may be some hope of escape. For now, the creature sleeps, but who knows when its lust will be reignited.
Fetish Elements: Explicit Sexual Content, Nudity, Forced Sex, Terror, Sobbing, Pleading, Monster, Seamonster, Carrying, Lifting, Body Play, Body Views, Foot Views
Category: ALIENS & MONSTERS
Related Categories: XXX HARDCORE, BLONDES, BIG TITS Keywords: xxx hardcore
Tags:Maledom,Male Domination,superheroine,superheroines,Humiliation,storyline,story line,Mixed Wrestling,mixed fight,Submission,froced orgasm,super hero, super heroines,superheroines porn,superheroines adult movies