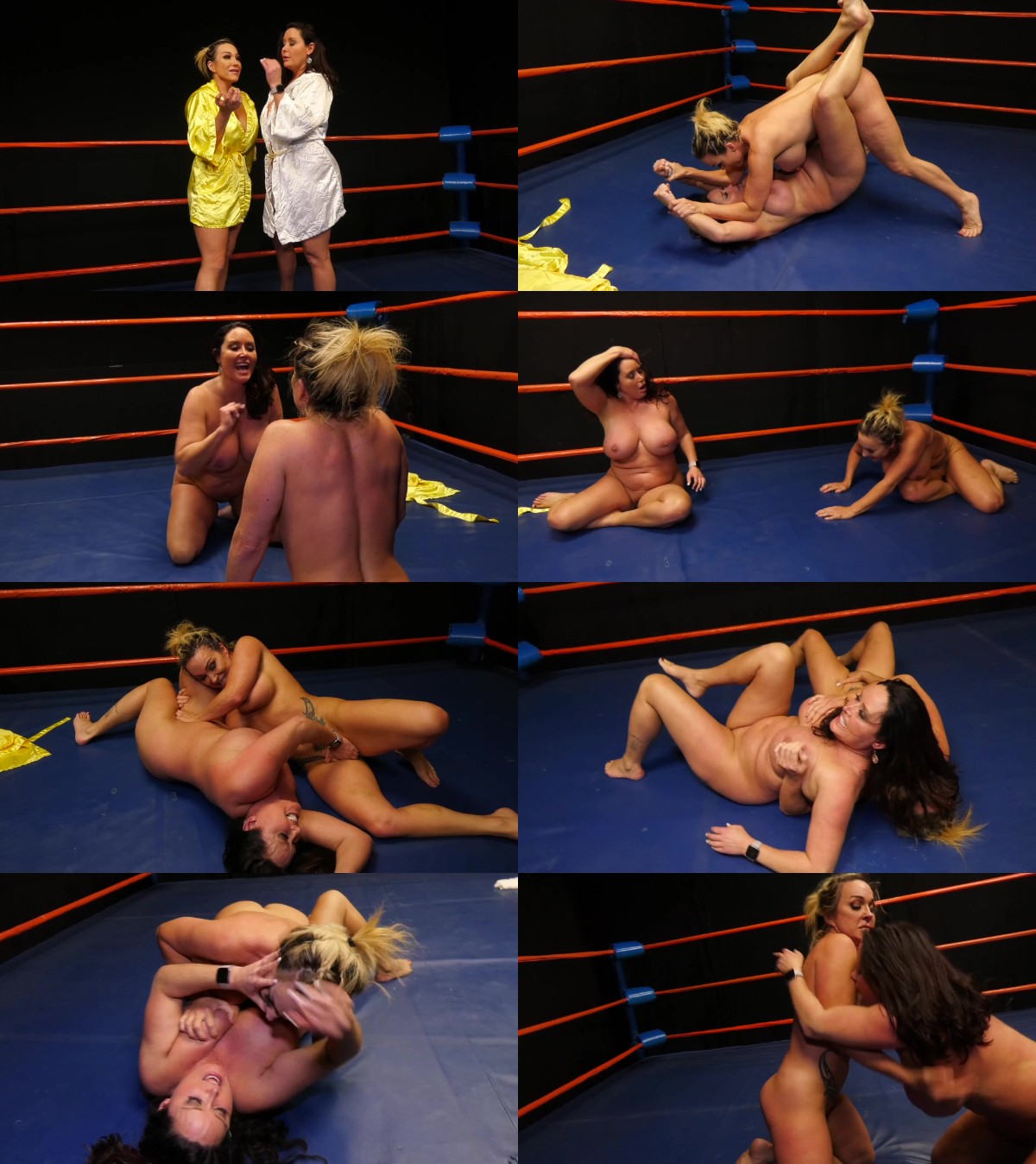 Christina Carter vs. Aubrey Black
Aubrey Black has lured Christina Carter to the Double Trouble ring for a revenge match. Aubrey claims that Christina cheated during their last fight, but Christina is very confident that today’s match will end the same way the last one did. The girls get nose to nose in the center of the ring as they whisper hateful curses at each other. They start bumping chests until they are having a tit fight and these ladies definitely have the big boobs made to be smashed together. Aubrey and Christina go back to their corners and remove their silk boxing robes only to reveal that they are wearing absolutely nothing underneath. The bell rings and they make guttural groans as they grip each other and drop to the mat. Once Christina and Aubrey have worked up a good sweat, Christina challenges Aubrey to some mini-competitions to see who the tougher woman is. Aubrey is more than willing to prove her merit. They take turns mauling one another’s large tits until both of them are screaming. Then they do some hair pulling and crotch mauling. On a bare crotch, this is nearly unbearable and both fighters are doubled over. If you would be interested in some busty female fighters inflicting massive amounts of physical and mental trauma on one another, then you should give this video a spin.
tags:lezdom fetish,lesbian domination porn,catfight,submission,humiliation,overpowered,facesitting ring wrestling boxing