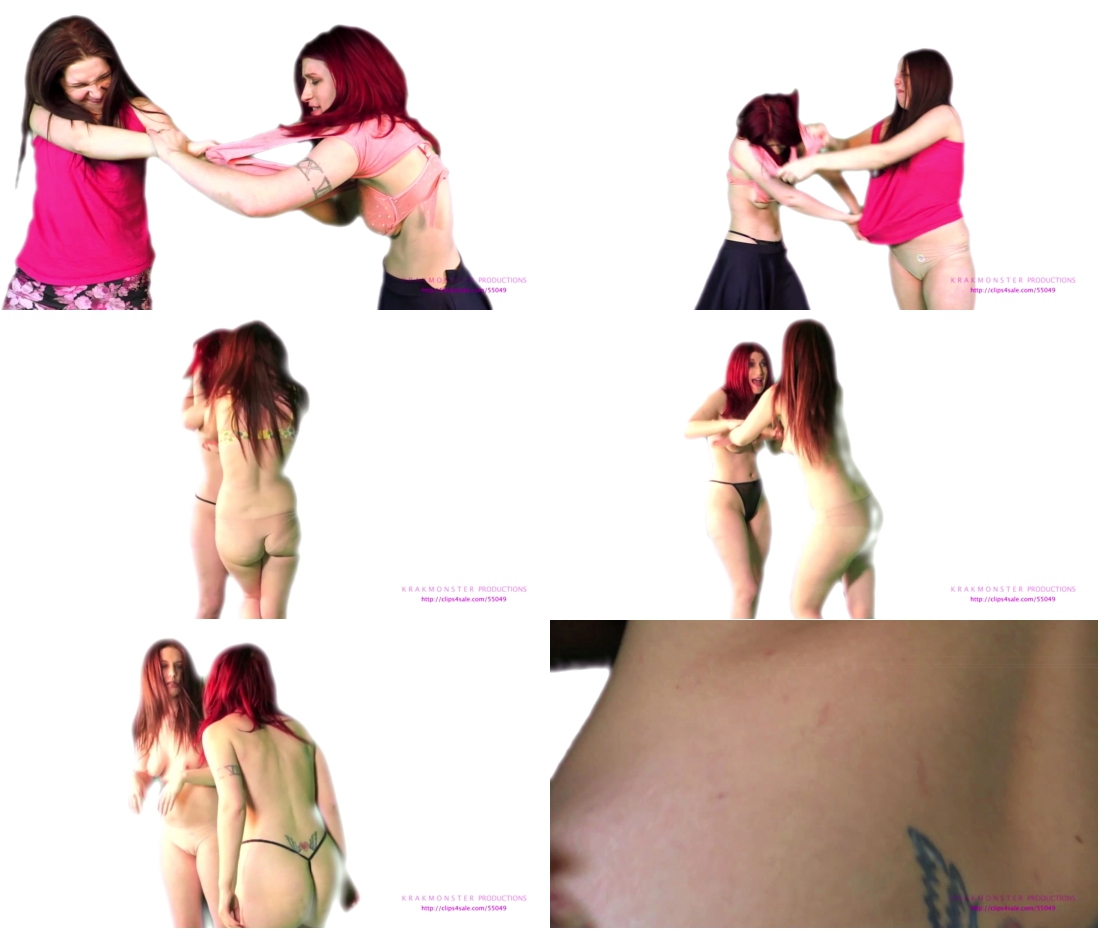 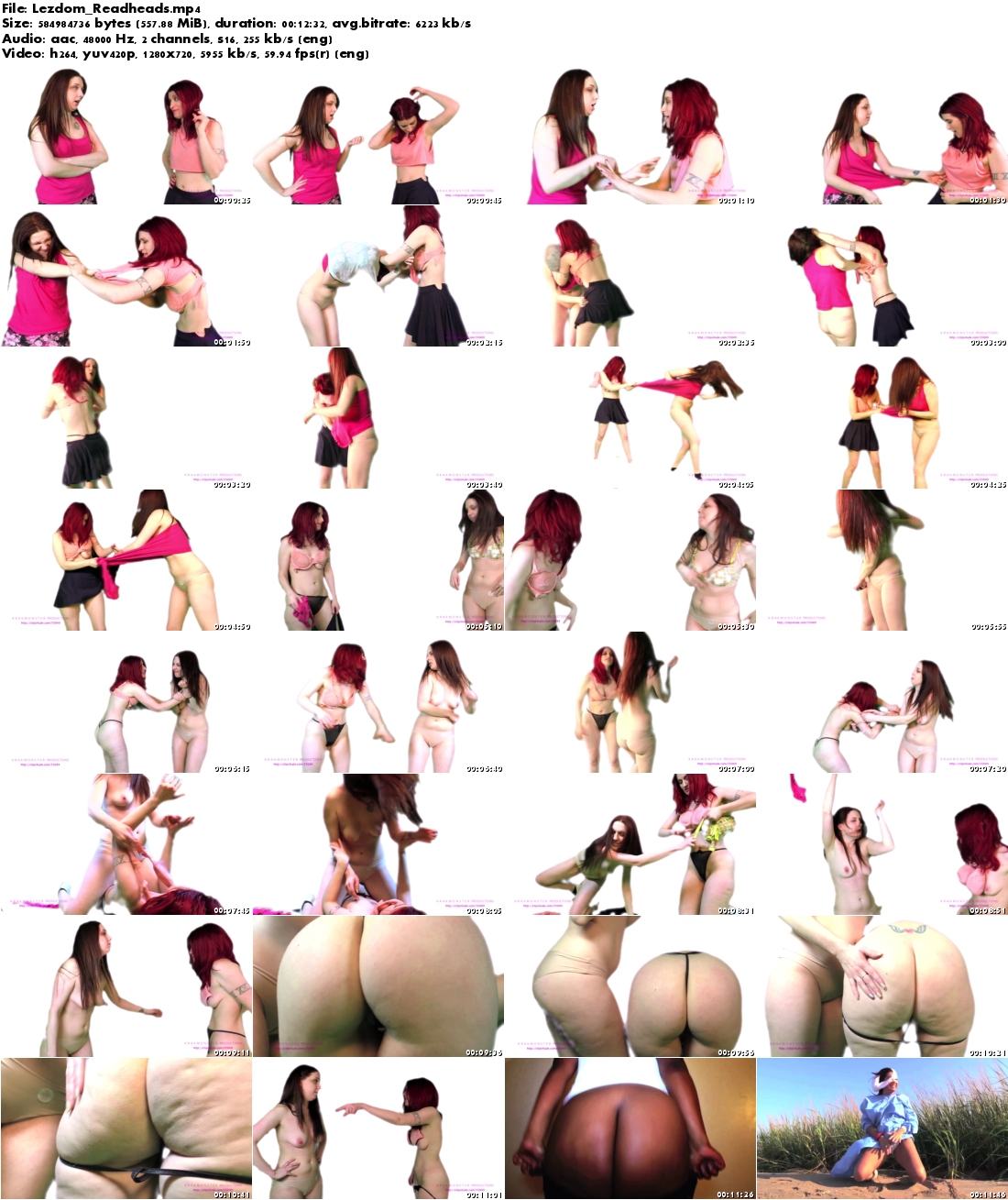 After showing up at the same place to meet the same guy, Tara noticed her friend Constance is also wearing one of her shirts, – that apparently Constance has borrowed & altered without asking. Constance denies taking it, but Tara wants it back on the spot, and grabs at it to strip her of it right there. They tussle for a moment and pull on each other’s shirt, until Constance punches Tara in the stomach hard, – making her bend over forward and hold her stomach. Constance takes full advantage of Tara being bent over, – and yanks up her mini skirt with both hands, -pulling it all the way up over her face. Constance smothers her with her own skirt over her face, yanking Tara around while she’s unable to see, until Tara grabs at Constance’s thong, and painfully yanks it up her vagina, making Constance scream. Constance pulls forcefully on Tara’s shirt with all her might, -throwing her around the room with it a bit; and they both claw and tear at each other’s shirts until they are both torn off. They whip each other with their torn clothing, and throw the pieces back and forth at each other until Tara’s bra is ripped in half, – exposing her boobs. Tara angrily yanks on Constance’s bra, and throws her down to the ground. Tara gets on top of her and sits on her chest while she’s on her back, but Constance reaches up to start slapping at Tara’s tits. Tara fights back by reaching down to grab two handfuls of Constance’s tits, squeezing hard; but Constance returns the same favor until throwing Tara off of her. They keep fighting while both topless and only wearing panties & sneakers; until Tara lands a hard punch to Constance’s stomach, – making her bend over forward. Tara takes advantage of Constance’s big bare jiggling booty while she bent over, and pulls up on Constance’s thong, and wiggles it around to make fun of her big jiggling booty: “.Look at how much it jiggles when i give you a wedgie! haha!” Then Tara insults Constance’s butt again by spreading her ass cheeks apart claiming guys don’t want her and her big hairy butt. Close-up views are seen as Tara yanks down her thong and spreads Constance’s ass, – showing a super lengthy tuft of hair sprouting out from the top of her ass crack and around her asshole. COMPLETE VERSION . HD 1280 x 720p WMV
Category: CAT FIGHT / CATBALL
Related Categories: FEMALE FIGHTING, HAIR PULLING, REDHEADS, FORCED STRIPPING, HAIRY ASS
Keywords: ass smacking, under boob, clothes destruction, cellulite, Brat Girls, stomach punching, thong fetish, ass spreading, Cat Fighting, Miniskirts, pawg, whipping, bra fetish, long hair, big butts
tags:catfight,cat fight,,female fighting,ring wrestling,female wrestling,Scissors ,lesbian domination,lezdom,humiliation,submission,forced orgasm,facesitting,catfighting,cat fighting