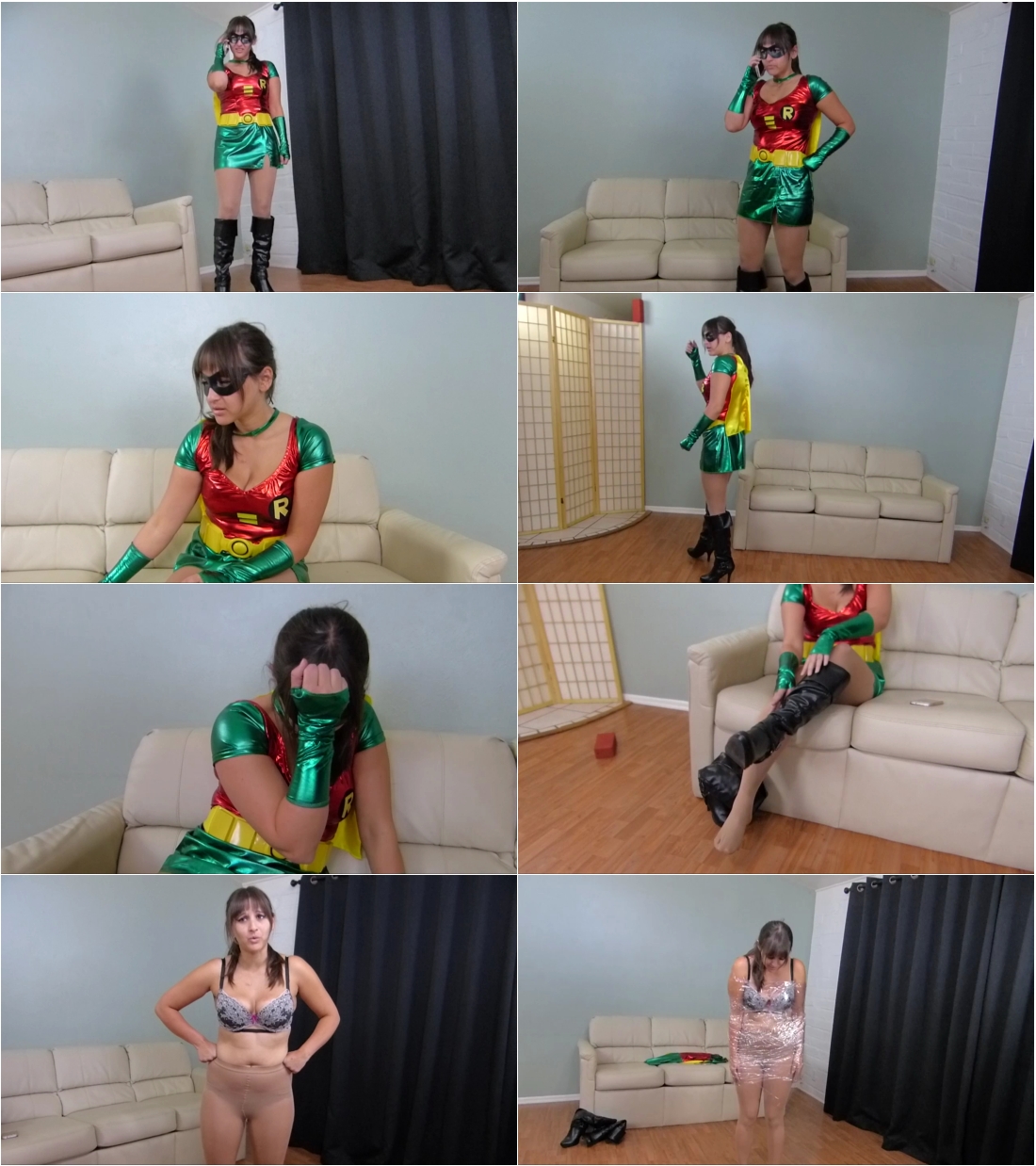 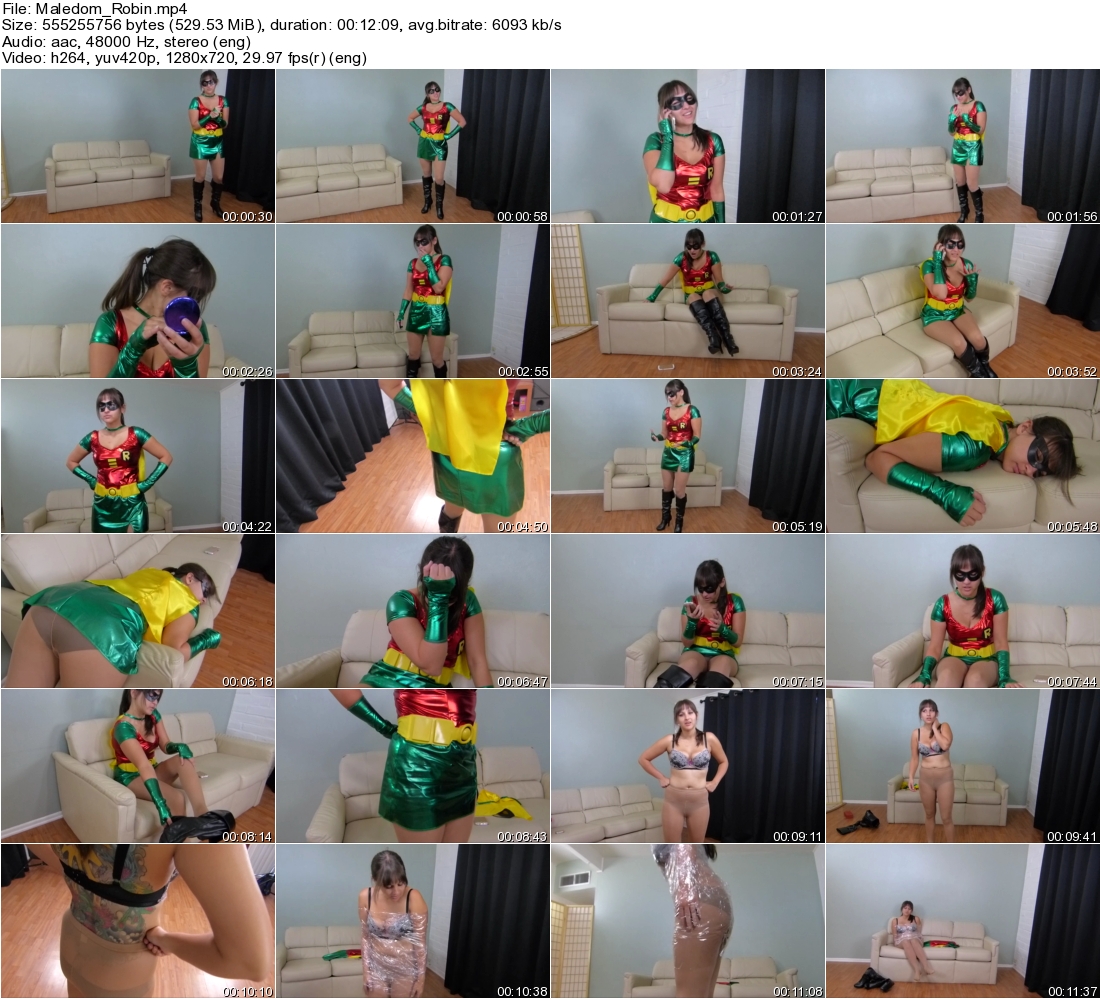 Robin has just received news that she is the winner of the Superhero Academy’s Pageant contest. She jumps for joy and is super excited. The Commissioner calls to congratulate her, but also to warn her that the Academy’s most feared adversary, The Black Widow, always goes after the winner of the pageant and that Robin must be careful. Robin is confident from her win and assures the Commissioner she will be fine, but once she hangs up the phone she worries because she knows she is still a rookie at fighting super villains. Robin decides to prepare for anything and freshens up her makeup. However, the evil spider lady put sleepy dust in her makeup powder. Robin quickly gets very sleepy and passes out on the couch. When she wakes up she finds that the Widow has booby trapped her house. A freeze gas is released and Robin is frozen solid like a statue. She is frozen, standing in place for several minutes before snapping out of it. Before Robin can what the next trap will be, a heavy brick falls on Robins head and she is KO’d again, falling over the arm of the couch. When Robin wakes up the Black Widow calls her on the phone and agrees to disarm all booby traps and leave her alone if she will record an embarrassing video for the Comissioner and the whole city to see. Robin must strip off her costume and admit that she has been defeated. She must state that Black Widow is supreme and all must submit to her. Robin reluctantly agrees to this. She strips off her costume and her mask and records the humiliating message. Robin thinks the torture will now end, but she was wrong. Suddenly, a freeze dart hits her in the neck and she once again frozen in place like a solid statue. This time when Robin wakes up from the frozen state, she finds herself bound and wrapped up in the Black Widow’s webbing. She screams out to the WIdow that this was not part of the deal and she struggles in the webbing. Robin sways back and forth, wiggles around, struggles and hops around trying to get out of the binding web. She falls back to the couch and is worn out. It looks like Robin has won herself and adversary that has defeated her…this time. Robin sits and ponders her revenge…
Category: SUPERHEROINES
Related Categories: FREEZE, BONDAGE, COSPLAY, PANTYHOSE/STOCKINGS, EMBARRASSMENT Keywords: robin, superheroine, costume removal, freeze, frozen, statue, sleepy gas, ko, traps, embarrassment, humiliation, clear wrap, spider web, bondage, struggle
Tags:Maledom,Male Domination,superheroine,superheroines,Humiliation,storyline,story line,Mixed Wrestling,mixed fight,Submission,froced orgasm,super hero, super heroines,superheroines porn,superheroines adult movies,Robin