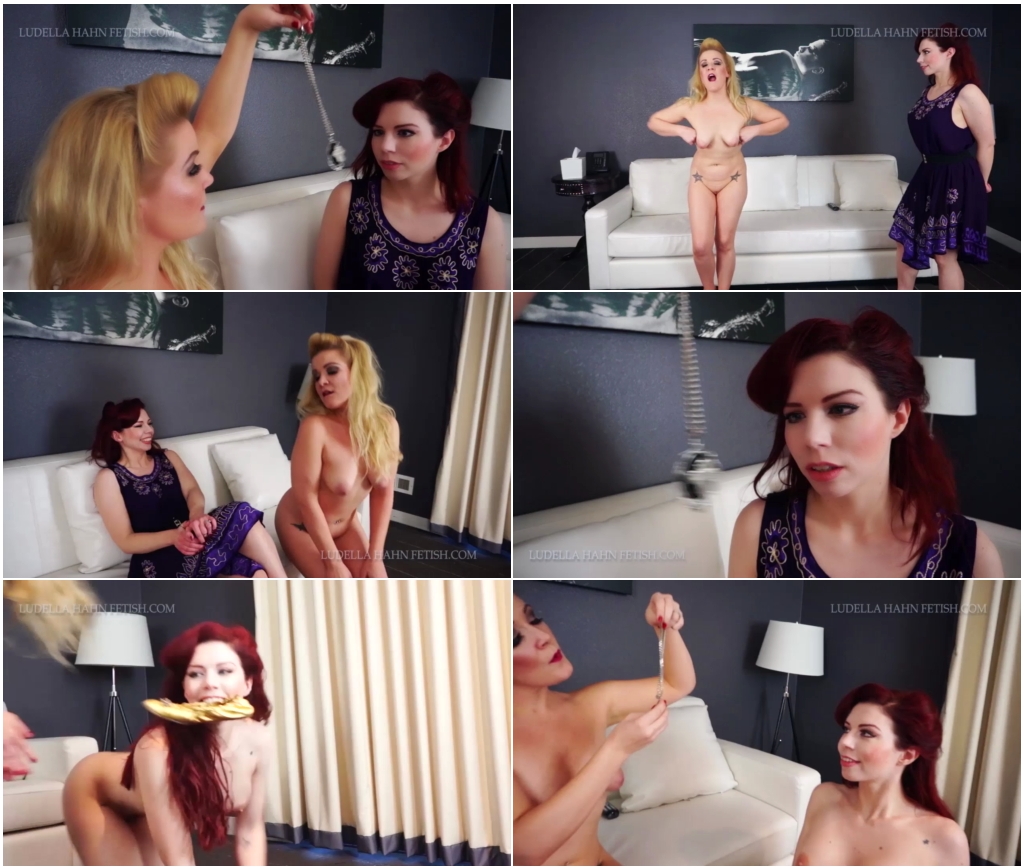 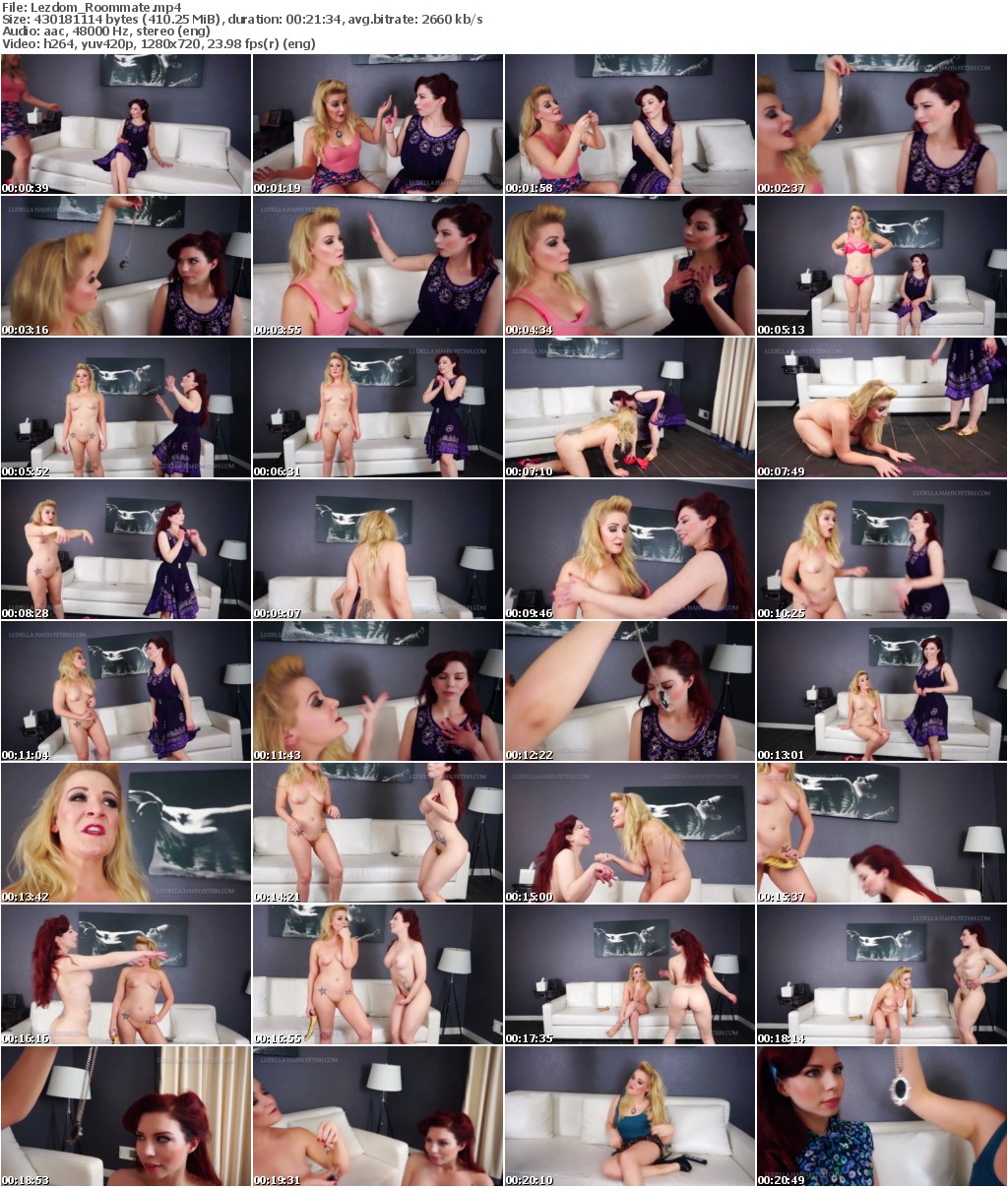 Whitney comes home in a chipper mood because she just passed her entrancement therapy exam and is now approved to work on clients. Ludella thinks it’s all phoney and tells Whitney it only works on weak-minded people and would never work on her, so Whitney bets her she’ll be able to put Ludella under. “Want to put some stakes on that bet? How about if you are able to do it, I will agree to be your slave and never call it phoney again, but if you aren’t able to, then you have to clean the apartment naked for a whole month.” Ludella baits. “You know what, I am so confident in my abilities that I will agree to your bet.” The girls shake on it, then Whitney removes her necklace and begins going through the process with Ludella as she swings the necklace back and forth between them. The problem, however, is that in the process of trying to mesmerize Ludella, Whitney entrances herself! Her hand drops and her eyes roll back in her head.”Uh…earth to Whitney…come in, Whitney…” Ludella waves her hand and snaps her fingers in front of Whitney’s blank face. and then begins laughing. “Are you kidding me? You mesmerized YOURSELF? Haha. What a great therapist you are…” Then Ludella gets an idea that she’ll have some fun with her entrance roommate, just to teach her a lesson. She has her strip naked, cluck like a chicken, act like a d0g, walk around like a zombie, and even do a sexy dance for her, which ends up turning Ludella on. She begins groping Whitney’s body and playing with her tits when Whitney shakes out of the trance.Finding herself completely naked with rugburn on her knees Whitney freaks out. “You entranced yourself! Haha. That was priceless! What kind of a therapist are you? All your clients are going to make you do worse things than I did.” She proceeds to tell her about the humiliating things she had her do. “Why didn’t you wake me up? I mean, if I had put you under I would have just woken you up immediately after just to win the bet. I wouldn’t have made you do anything like this. You know what, we’re doing this again. Sit down.” Whitney begins the process again, only this time she refuses to look at the pendulum. And this time, it works. Ludella goes out, and Whitney tells her when she wakes up, she will strip naked with glee. She snaps her fingers, and her once skeptic roommate wakes with a huge smile on her face. Her whole voice sounds like that of a blissful bimbo. “Yes, Master. I would love to strip for you.” She takes off her clothes, all bouncy and bubbly. “What may I do next, Master?” “I’m glad you asked. I’m going to make you do all the humiliating things you had me do. Cluck like a chicken.” Ludella goes through each task, only instead of being a mindless zombie doing it like Whitney had been, she’s bubbly and eager to please. It’s almost like she’s happy to be obedient…and it turns out that’s exactly the case. She fetches shoes and shakes her hips all eagerly. “I just love being obedient and pleasing my Master.” Ludella gushes. Whitney decides she’ll reprogram Ludella to forever be her obedient love slave. Then at some point in the future, Ludella comes home and begs Whitney to mesmerize her. She is no longer feigning skepticism; she’s very open about her need to serve and her willingness to be entirely in her Master’s control.