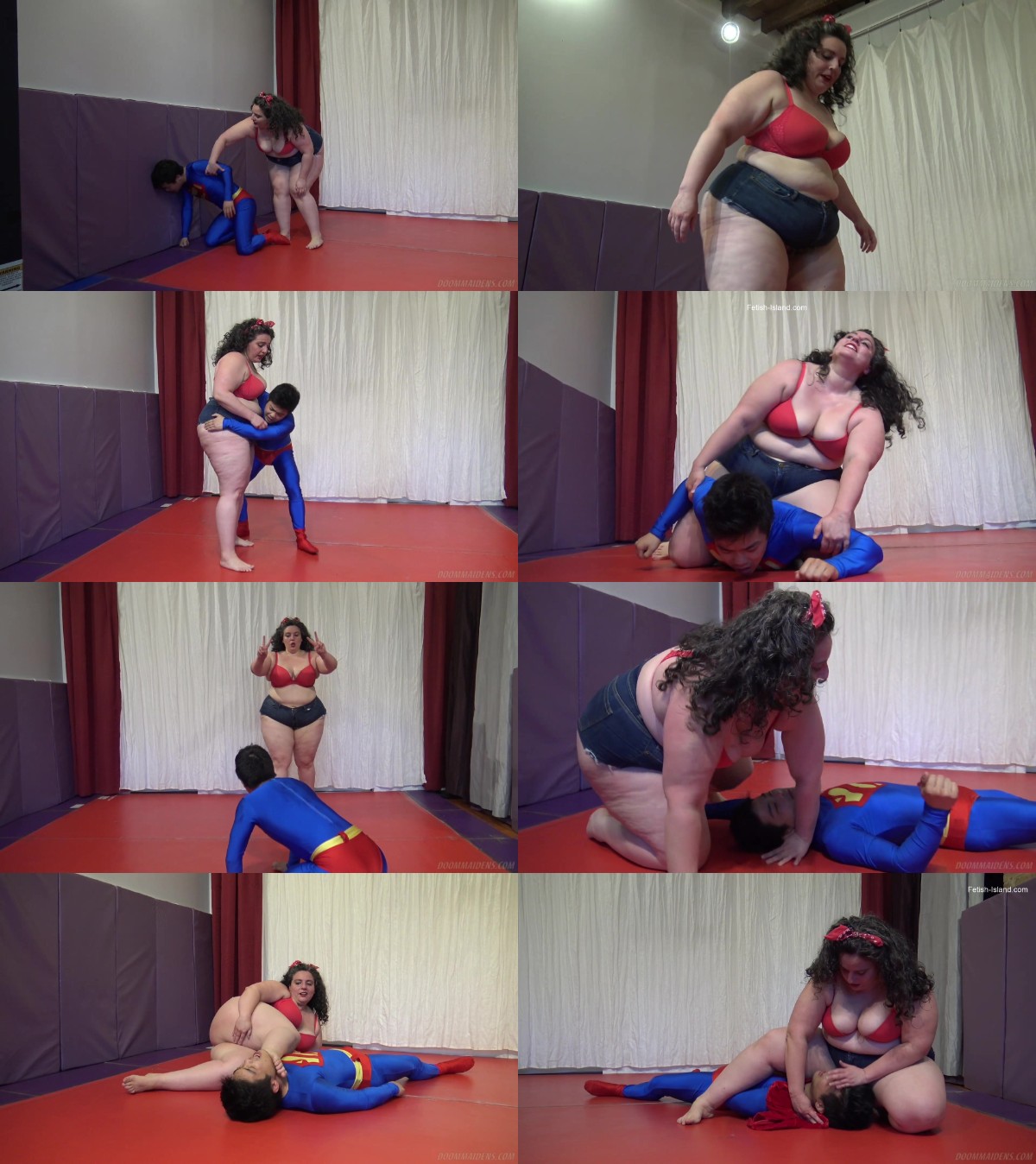 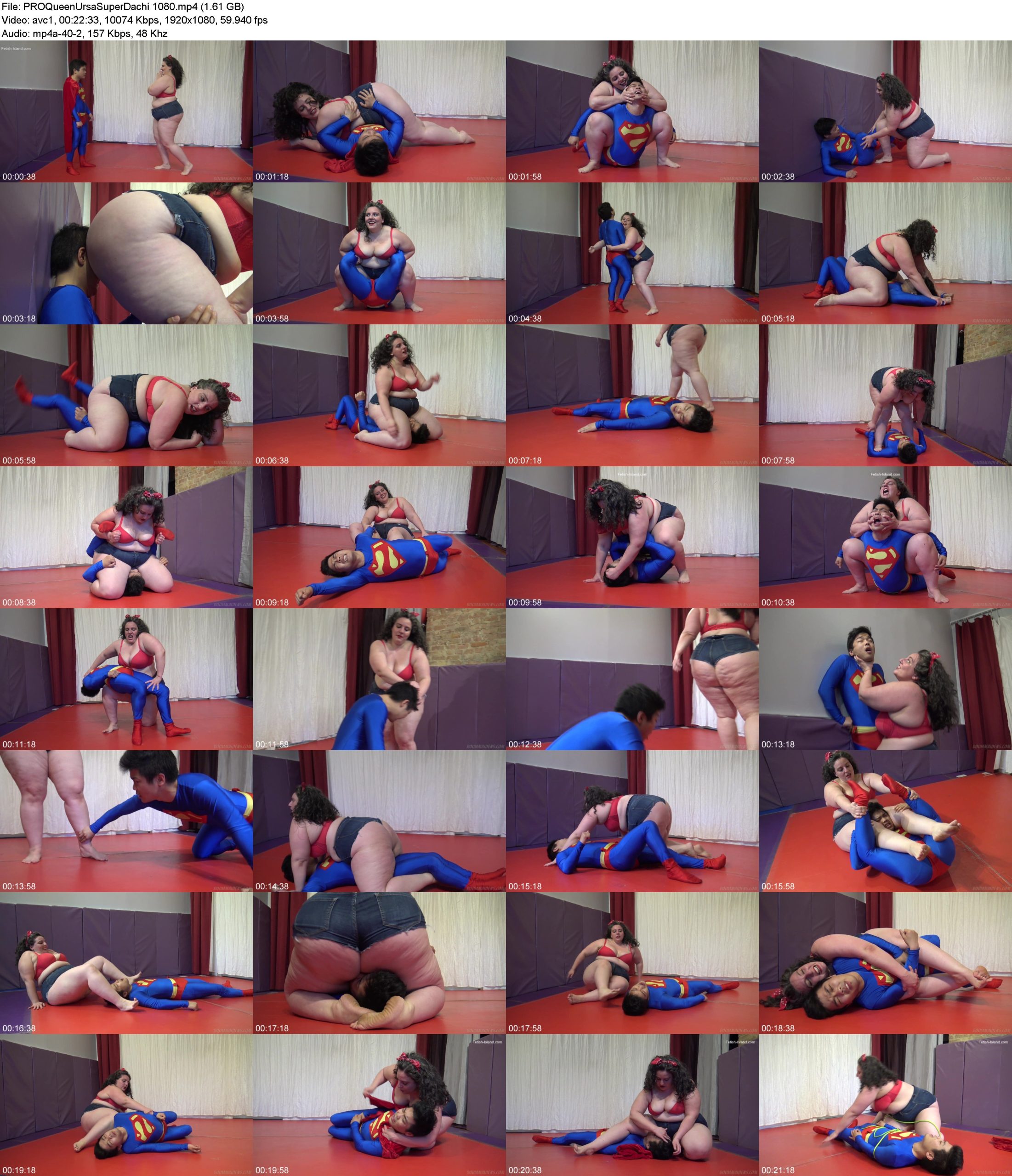 Superman awakens in a strange location — what’s happened and where can he be? He learns the answers all too soon when the Mighty Queen Ursa enters the room. This is her personal Wrestling Pleasure Arena where she destroys heroes like him purely for the fun of it, and she’s brought him there as her next opponent.
.
Queen Ursa orders the bell to ring for for their match to begin, and even the Man of Steel, smaller, shorter, and weaker in every way, is no match for the Queen’s mass and might. Ursa lifts him up in a crushing bearhug and tosses him to the ground, and from there the game is on, breaking in her new toy.
.
With gleeful and imperious cruelty, the Queen wears Superman down with camel clutches, bow and arrows, Boston crabs, the grapevine, the over-the-knee backbreaker, the reverse Romero, a throat lift, more bearhugs, head and body scissors, breast smothers, and of course her regal and smothering facesits both standing and on the ground. Neither the hero’s feeble struggles to resist nor his gasps and groans of suffering do the slightest thing to slow her down.
.
But Queen Ursa does become more and more annoyed as the bell for round breaks keeps interrupting her playtime…and so she simply decrees that the bell be abolished! Only she will decide when her poor, captive hero has had enough, and it’s time to bundle him off to the dungeon…until their next match!
.
Ursa wears daisy dukes cut-off shorts with a bra and bare feet. Dachi wears spandex Superman bodysuit (cape removed early on).
Category: MIXED WRESTLING
Related Categories: BBW DOMINATION, COSPLAY, FEMALE DOMINATION, SUPER VILLAIN, MIXED FIGHTING.
Keywords: lycra, spandex, costumes, size domination, size comparison, bbw, daisy dukes, pro wrestling, mixed pro wrestling.
tags:superheroines fetish,superheroine porn,superheroines sex,humiliation,superheroines adult movies,fantasy,superman,facesitting,pussy ass smother femdom