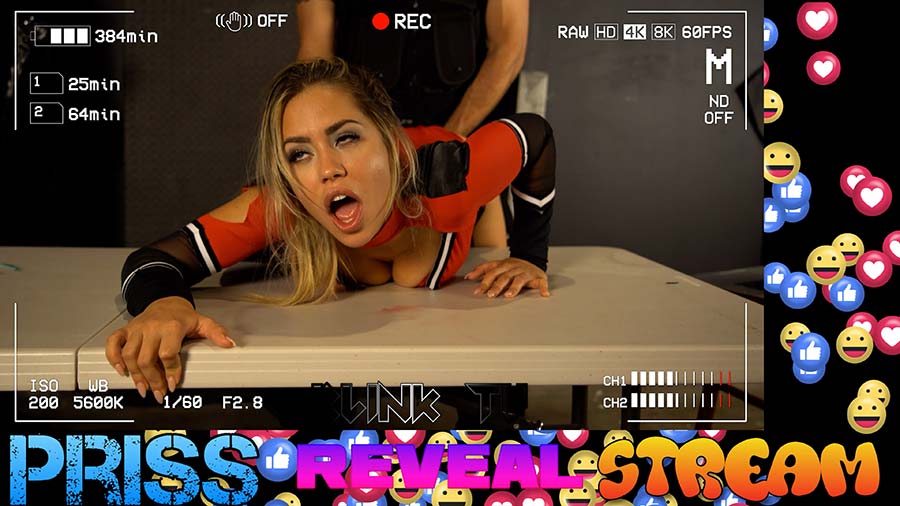 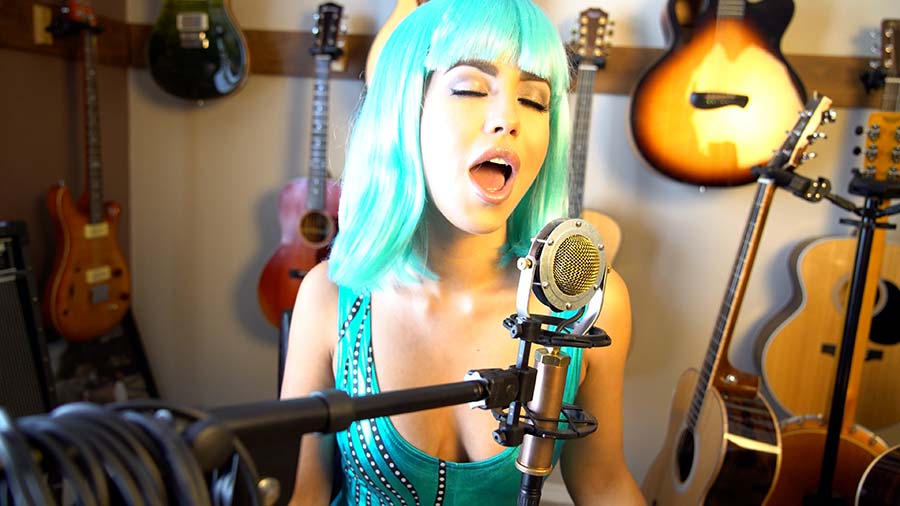 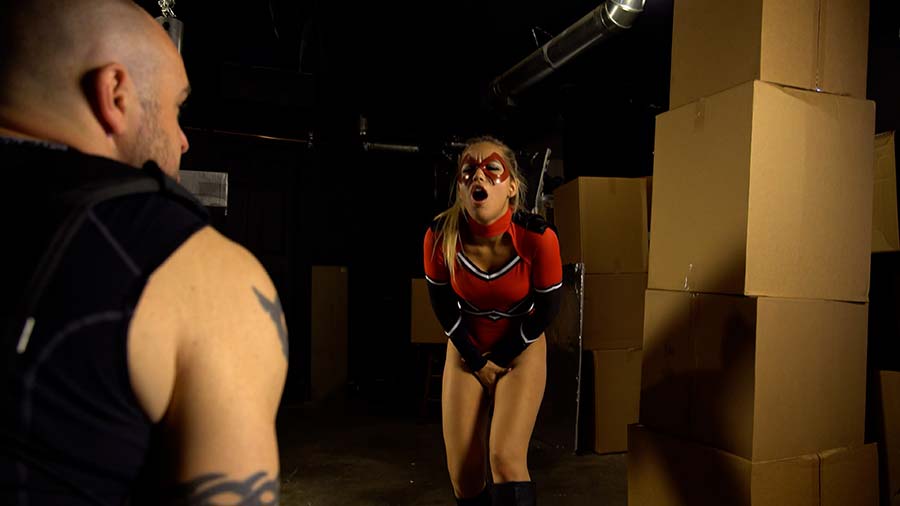 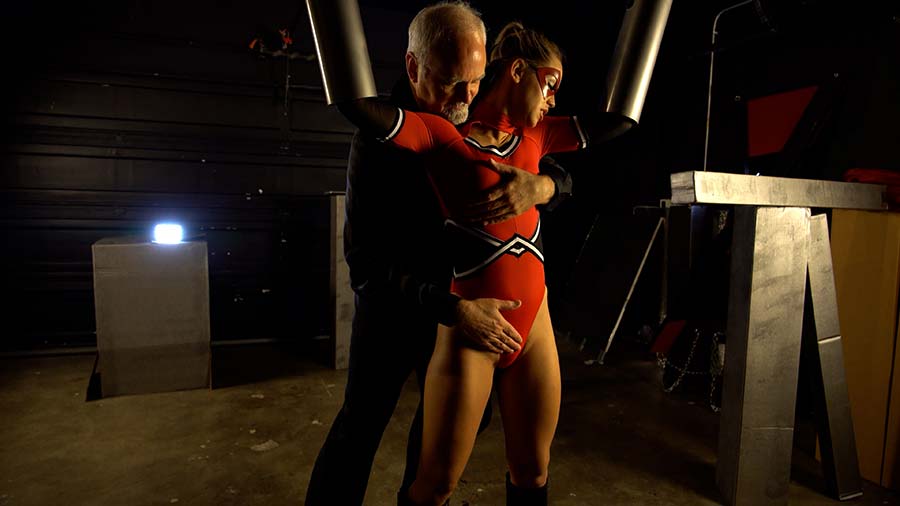 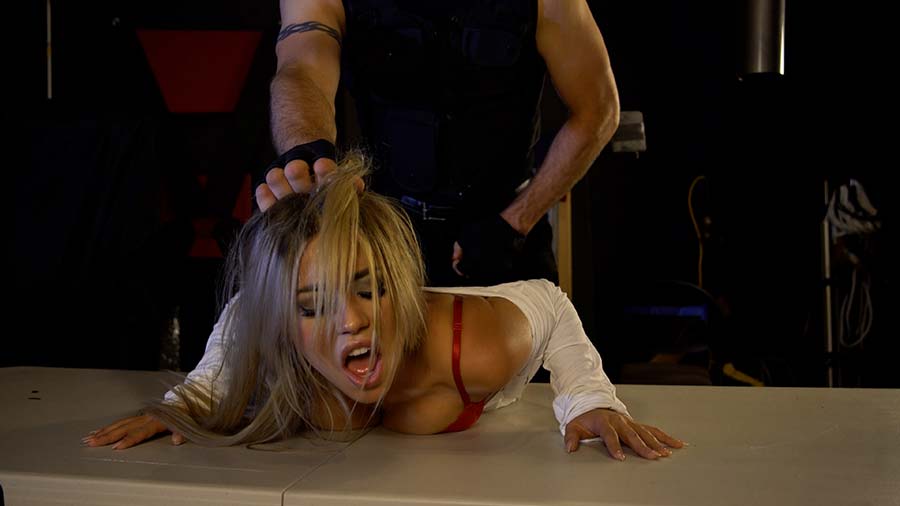 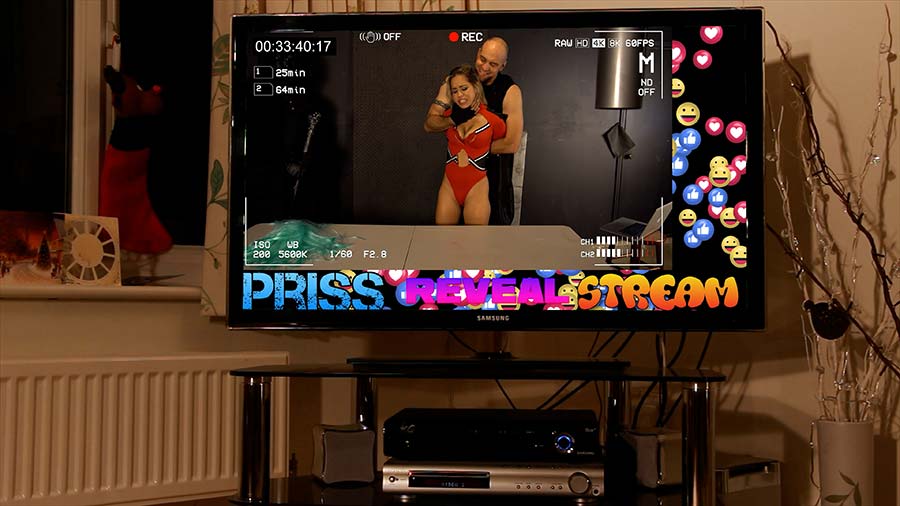 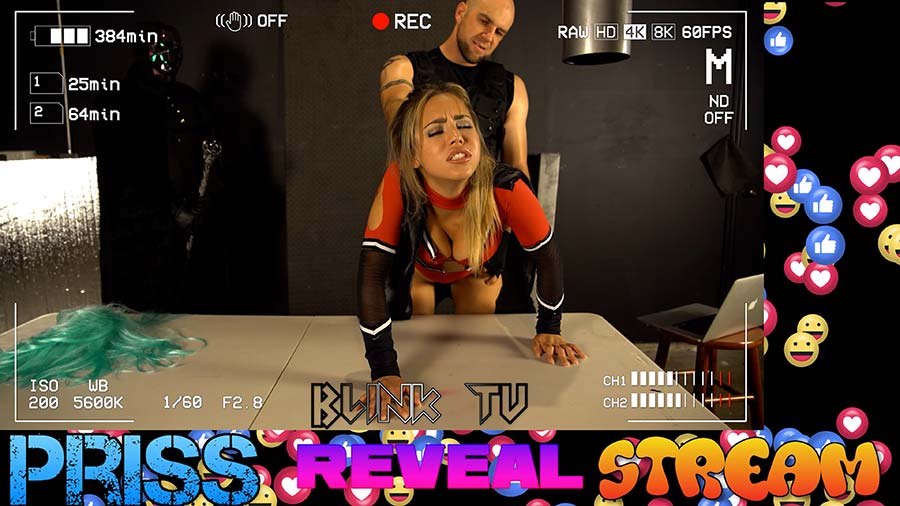 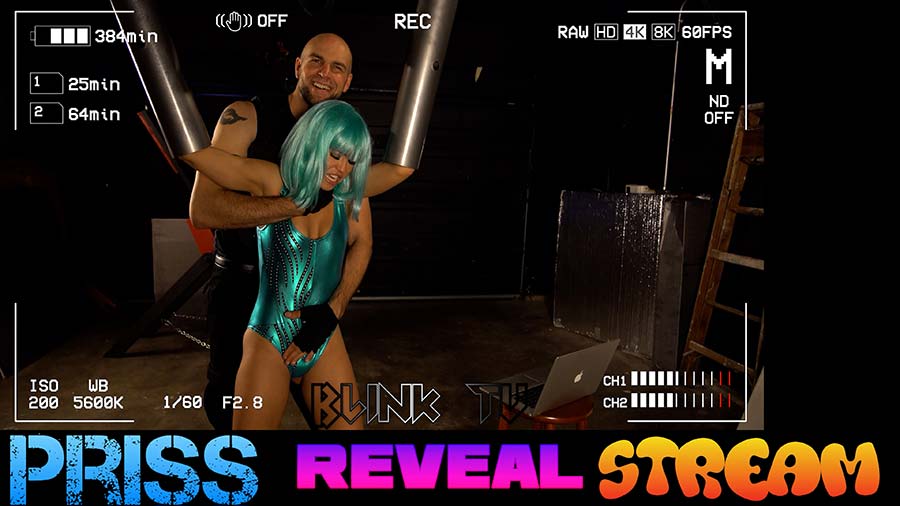 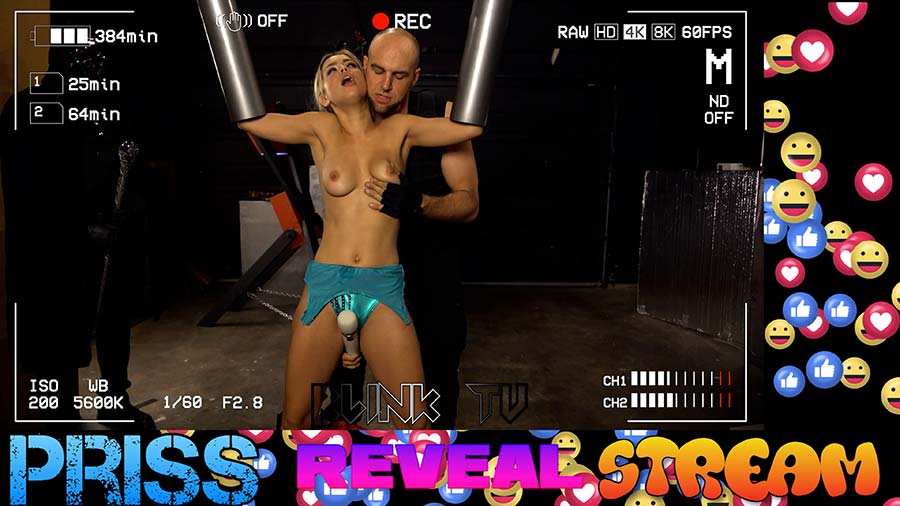 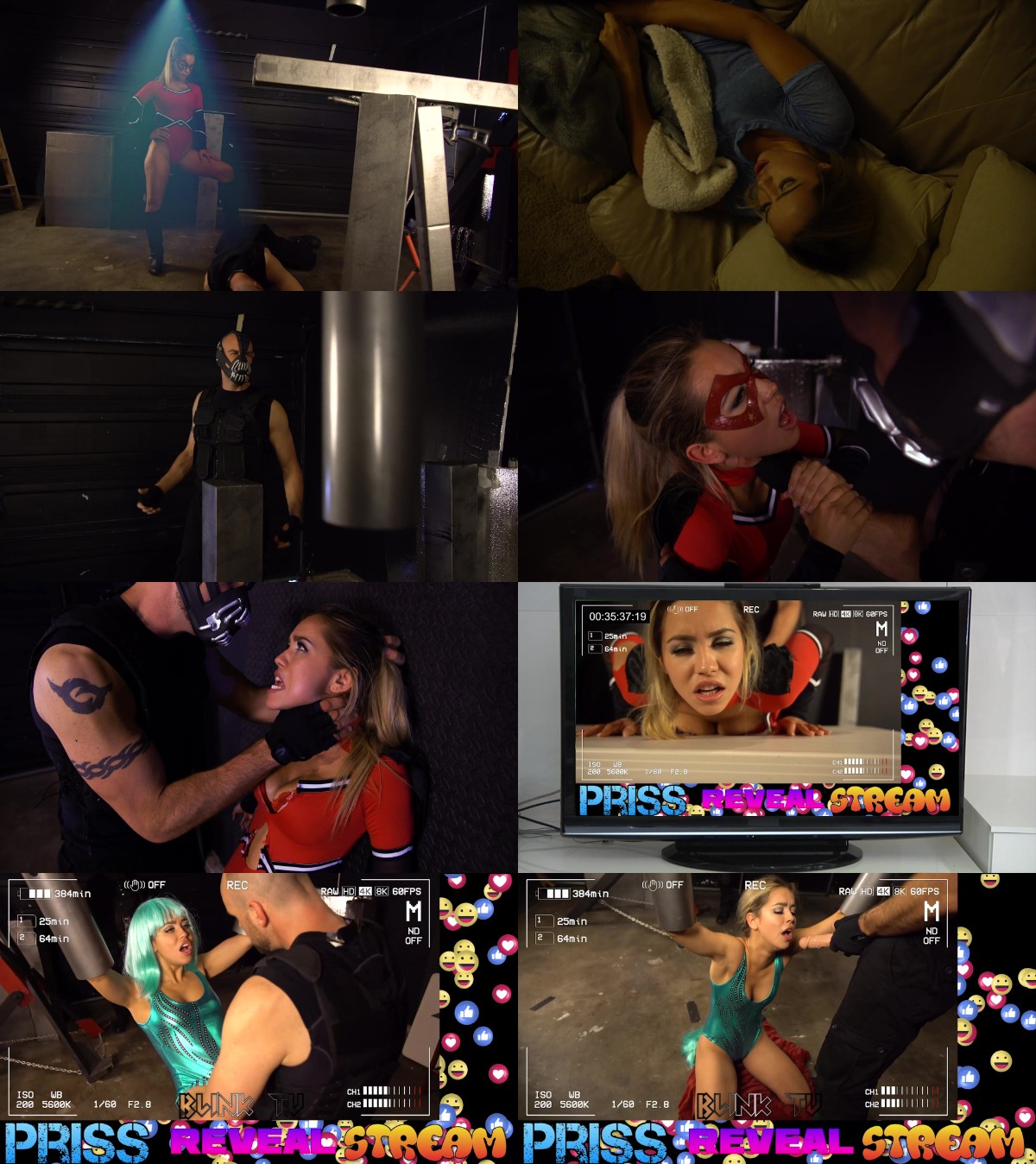 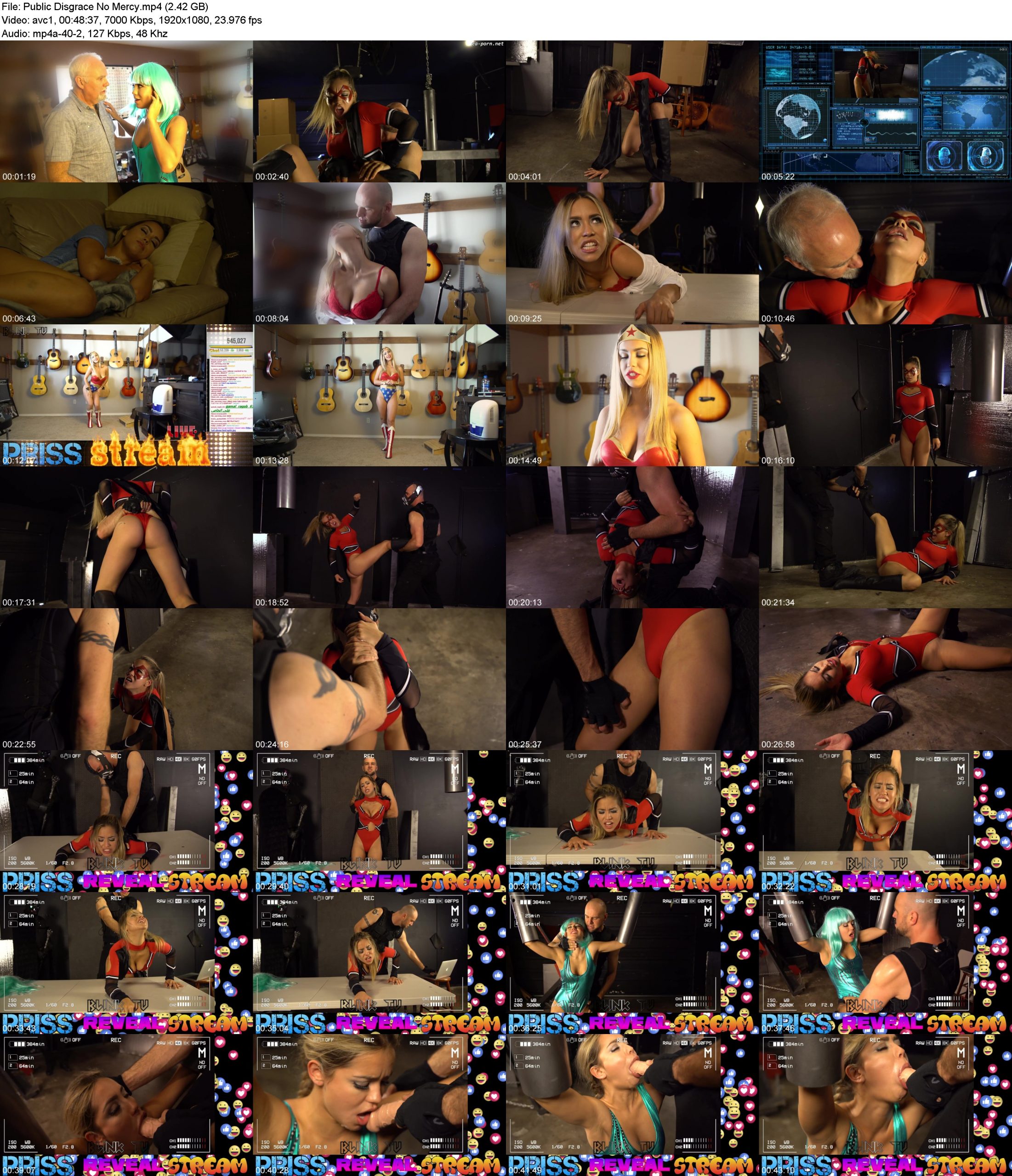 By day she is a heart throbbing pop sensation known as Priss. By night she is HexGirl, a high kicking Superheroine that can see her enemy’s every move before they make it. During a recording session Priss has a premonition and see’s herself fighting Mercy at a Metahuman research lab 27 minutes in the future. She springs into action and confronts the big guy as he tries to steal top secret weaponry. HexGirl uses her powers to predict Mercy’s moves and experience how he intends to harm her. Mercy is not able to overcome her ability to predict the future and HexGirl is unable to stop thinking about what Mercy wants to do to her. She plays a prediction of a low blow over and over in her mind wanting to know what defeat feels like.
HexGirl returns home and explains what happened to her friend Lulu who warns her that her fantasy of being dominated might catch up with her one day. Priss dreams of being sexually abused by Mercy while her recording engineer betrays her to the big guy revealing her secrets!
Just after her cosplay stream breaking 1 million views Priss has another premonition fighting Mercy. She suits up and confronts him again but this time her ability to see the future isn’t working. Her predictions are all wrong and Mercy begins to dominate the fight. HexGirl is a natural athlete with a keen fighting prowess but without her powers she is unable to go toe to toe with Mercy. For the first time in her career HexGirl receives a humiliating beating to all parts of her gorgeous body. HexGirl wakes up in Mercy’s grasp on a live stream meant for Priss. Her identity is revealed and she is sexually dominated as both HexGirl and Priss. Viewership maxes out the streaming service as people around the world enjoy the sight of their favorite pop princess and Superheroine being ravaged over and over.
tags:superheroine porn,superheroines fetish,superheroines adult movies,fantasy bondage,forced sex