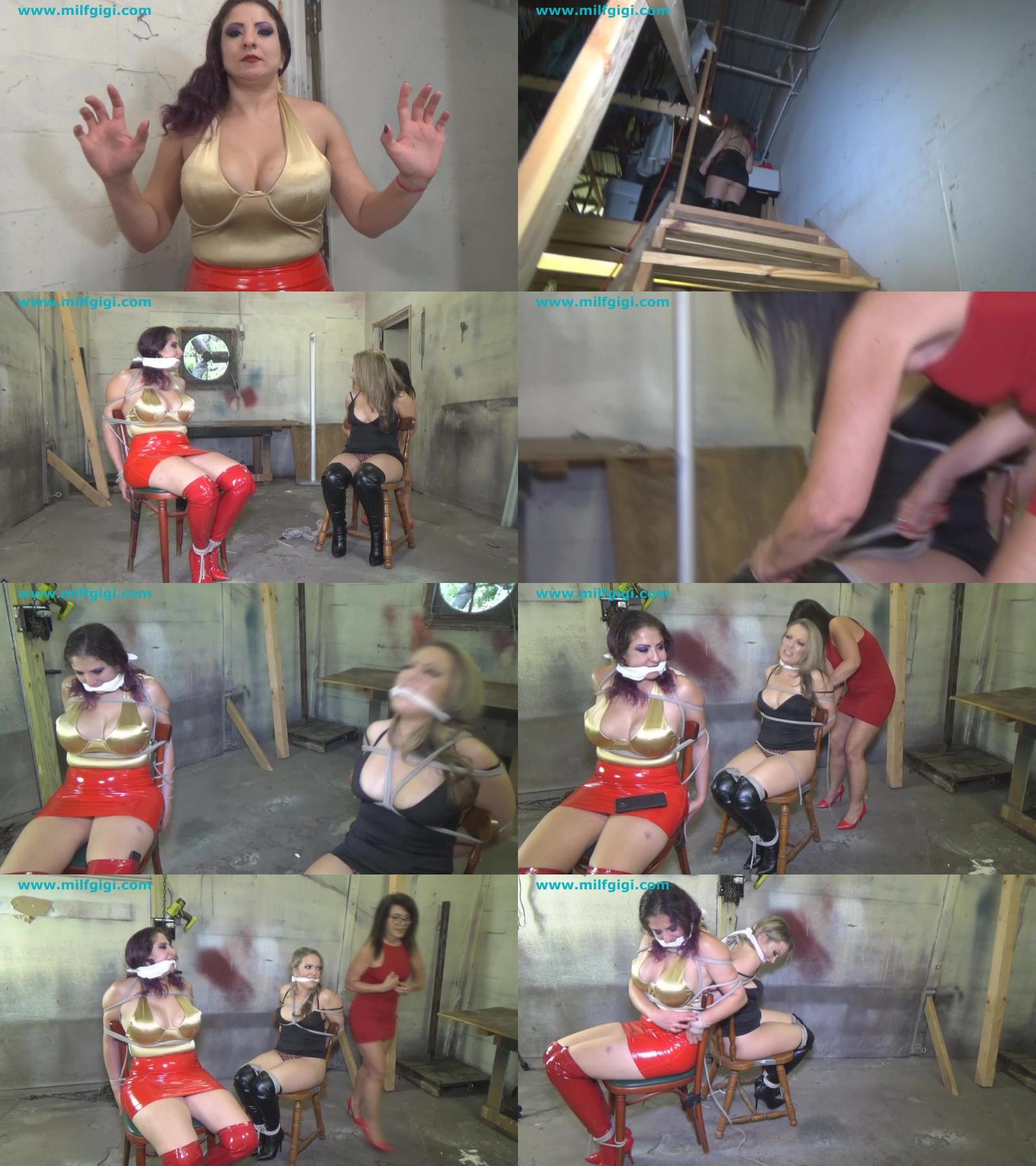 Busty Cuban Gia Love and curvy Carmen Valentina are two incompetent private investigators. Together with her new partner Carmen they have been assigned to look into the disappearance of local club girls that have been seen going into a local night club and never coming out. The detectives have been scoping out the club for awhile and found out that these local girls are being captured at the club, brought to an abandoned warehouse to be shipped overseas. Gia arrives at the warehouse first. She phones her chief telling him that she thinks she found the warehouse where they’re keeping the girls. Gia goes into the warehouse and looks around. She hears muffle cries thru a hallway and as she opens the door she stumbles to one of the missing girls. Gia rushes toward the girl when suddenly a shadowy figure holding a piece forces Gia to raise her arms up in surrender … Later that afternoon Carmen Valentina arrives at the warehouse. As she sits in her car, she phones her boss. Carmen tells the chief that she’ll check the place out. Carmen goes in slowly climbs the stairs but finds nothing. She gets back downstairs and hears a noise. As she gets closer she sees Gia cleave gagged and tightly tied to a chair. Gia tries to warn Carmen that it’s a trap but Carmen is oblivious when all of a sudden Carmen gets hand gagged from behind. I now have both detectives cleave gagged and chair tied. I make fun of how stupid they are then leave them to struggle. Both girls struggle hard and get some of the ties loose. I return tying them tighter and inform my captives that I’m moving the operation else where since this location is now compromised. Two goons will be arriving shortly to deal with them permanently. As soon as I leave both girls struggle desperately to loosen the bondage. They manage to untie themselves and run out the door not realizing that they will be captured again before their boots hit the pavement …
Tags List Bondage, Rope Bondage, Lesbian Domination, No Sex, Roleplay, Damsel In Distress, Groping, Humiliation.
tags:lesbian domination,lezdom,story line ,storyline,forced orgasm,submission,humiliation,anal,butt plug,spanking,lesbian bondage,slave,,whip,whipping,slavery,mistress,enslavment,lesbian bondage,lesbian strapon,spanking ff,lesbian blackmail,strapon ff,female fuck female,lesbian anal