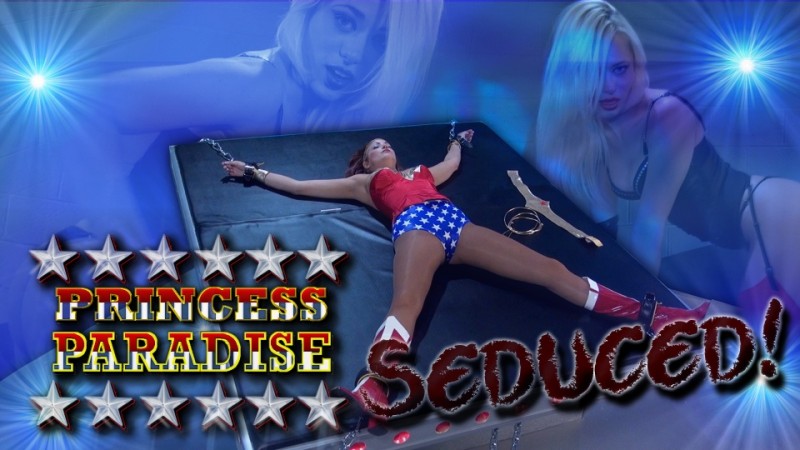 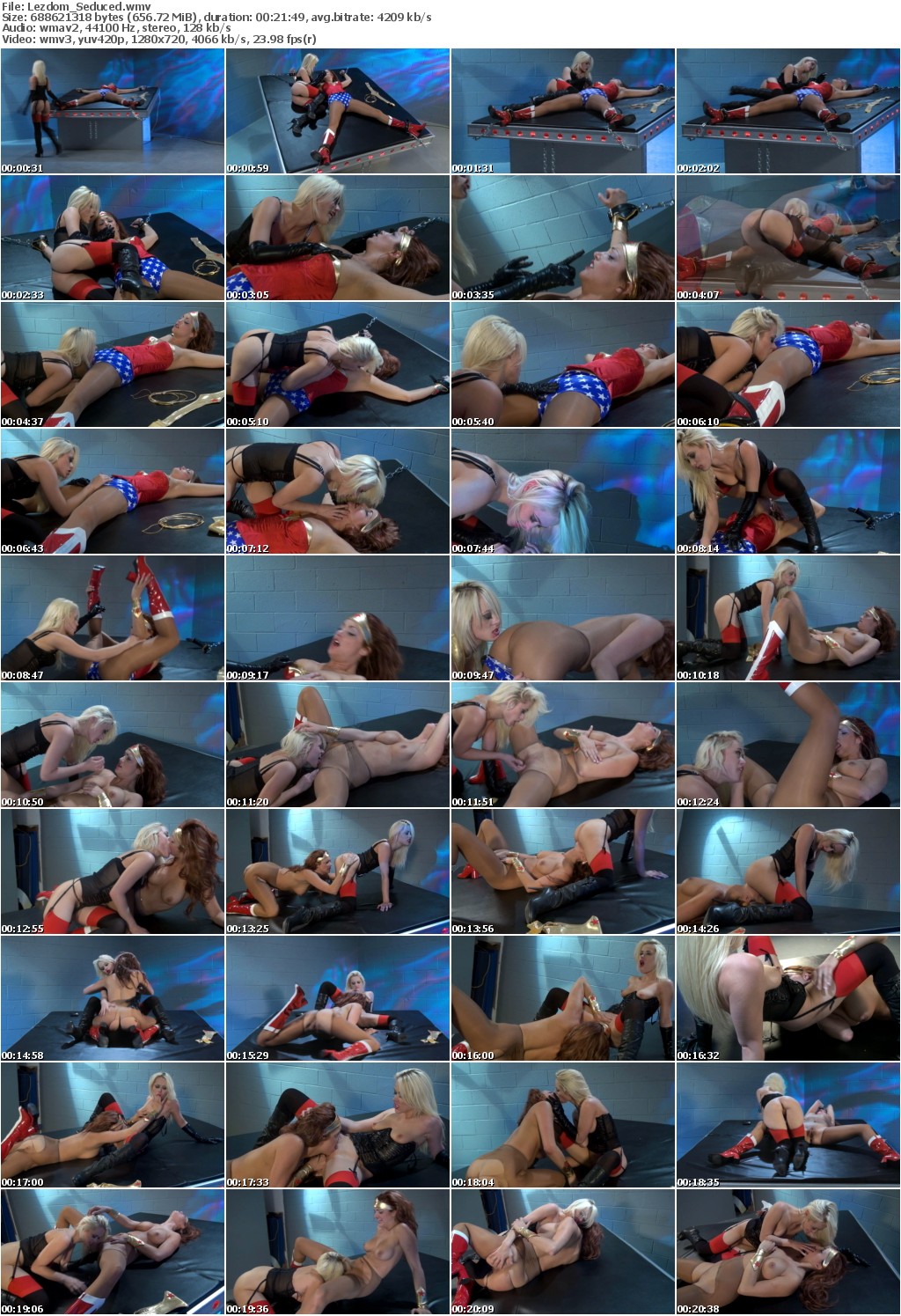 Princess Paradise has been captured. She awakens, bound spead eagle with the villainess Madam Blue lying next to her. Madam Blue was a former Blue Angel who was seduced and converted to the dark side by The Seductress. She is now helping Seductress capture and convert unwitting superheroines to the side of evil…and it seems Princess Paradise has fallen into her trap.

Madam Blue taunts the bound and sexy amazon who demands to be released, but the Madam has other plans. She lights a special cigarette laced with a powerful aphrodisiac. She forces Princess Paradise to be a “bad girl” by making her take a few puffs. With the smoky treat now coursing through them, both the girl’s sexual desires quickly begin to surface. Madam Blue unties her aroused captive and she continues the seduction of her one time crimefighting partner.