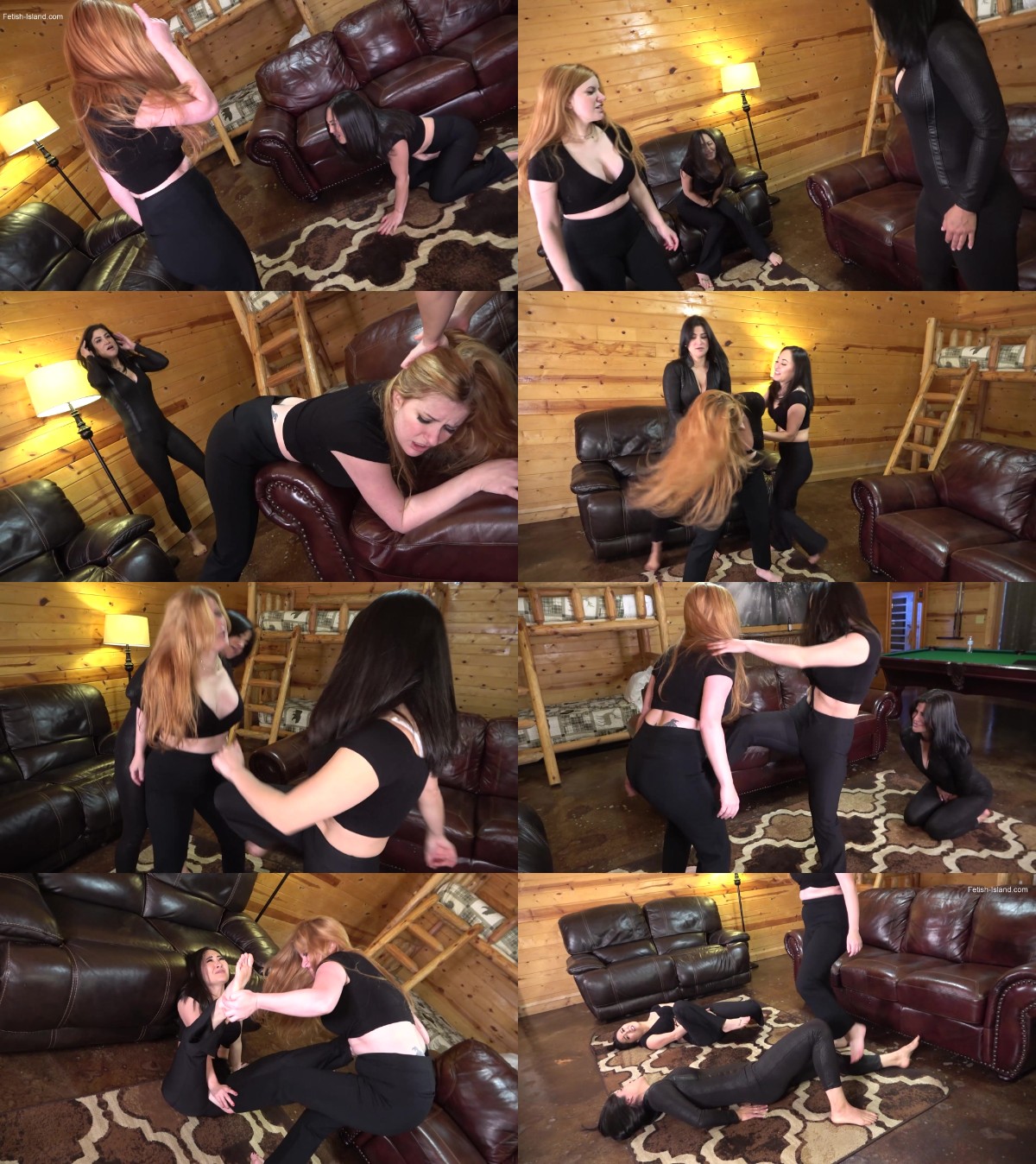 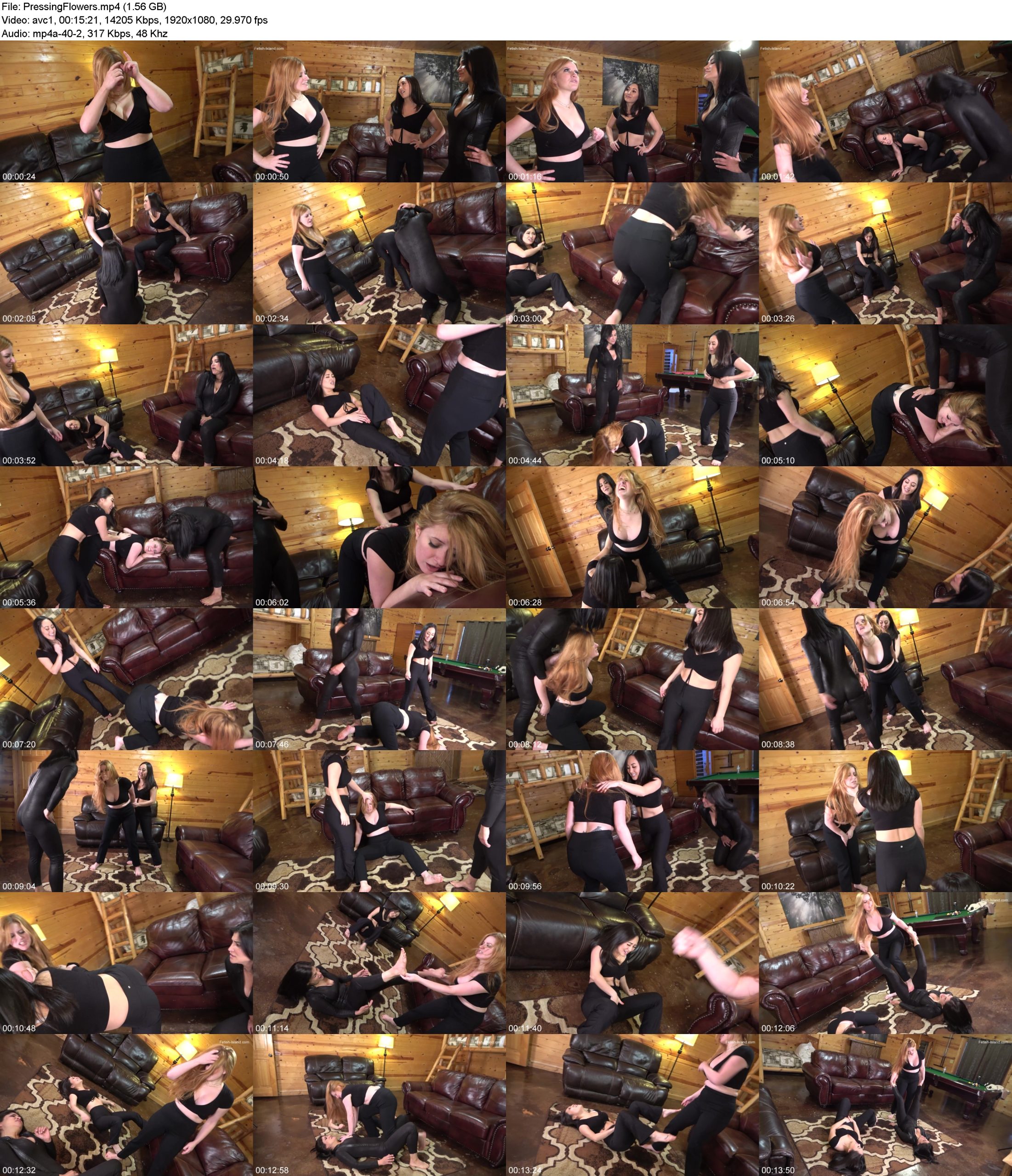 Sumiko and Saya Savage finally have the villainous Jacquelyn Velvets right where they want her. After tracking her to an exclusive spa, they corner her in the rec room. At first, it looks like Jacquelyn is in trouble.after all, there are two of them, and they’re both known scrappers.

But after the bombshell blonde delivers a couple of swift punts directly into the girls’ most sensitive regions, they’re both on the floor begging for mercy. Unfortunately for them, mercy isn’t really a concept that makes sense to Jacquelyn.

Over and over again, she crushes the lovely ladies right in their crotches, making sure to really grind her heels in for effect. Eventually, though, she gets just a bit too overconfident, and a lightning-fast shin to her lady parts puts Jacquelyn on the mat.