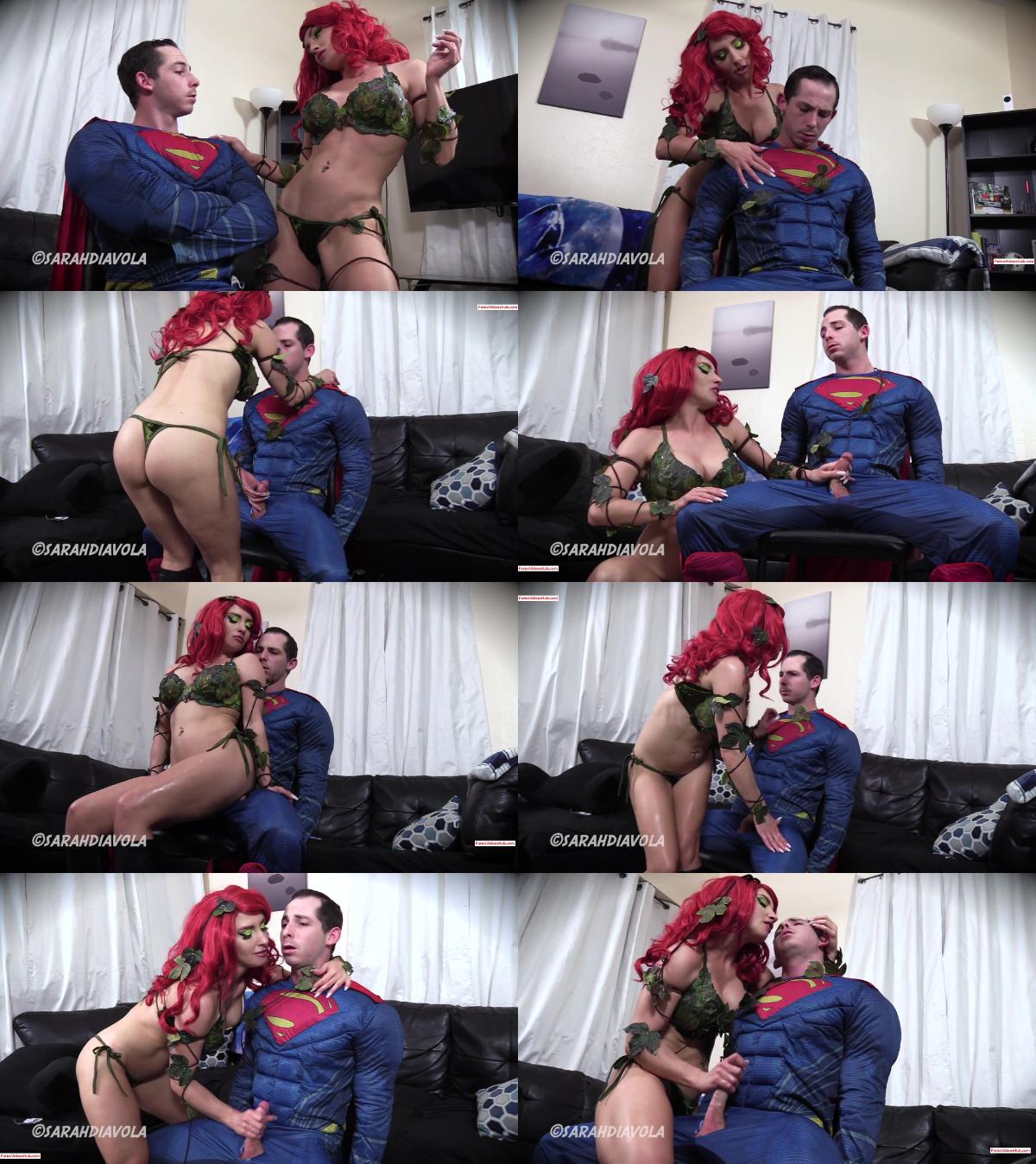 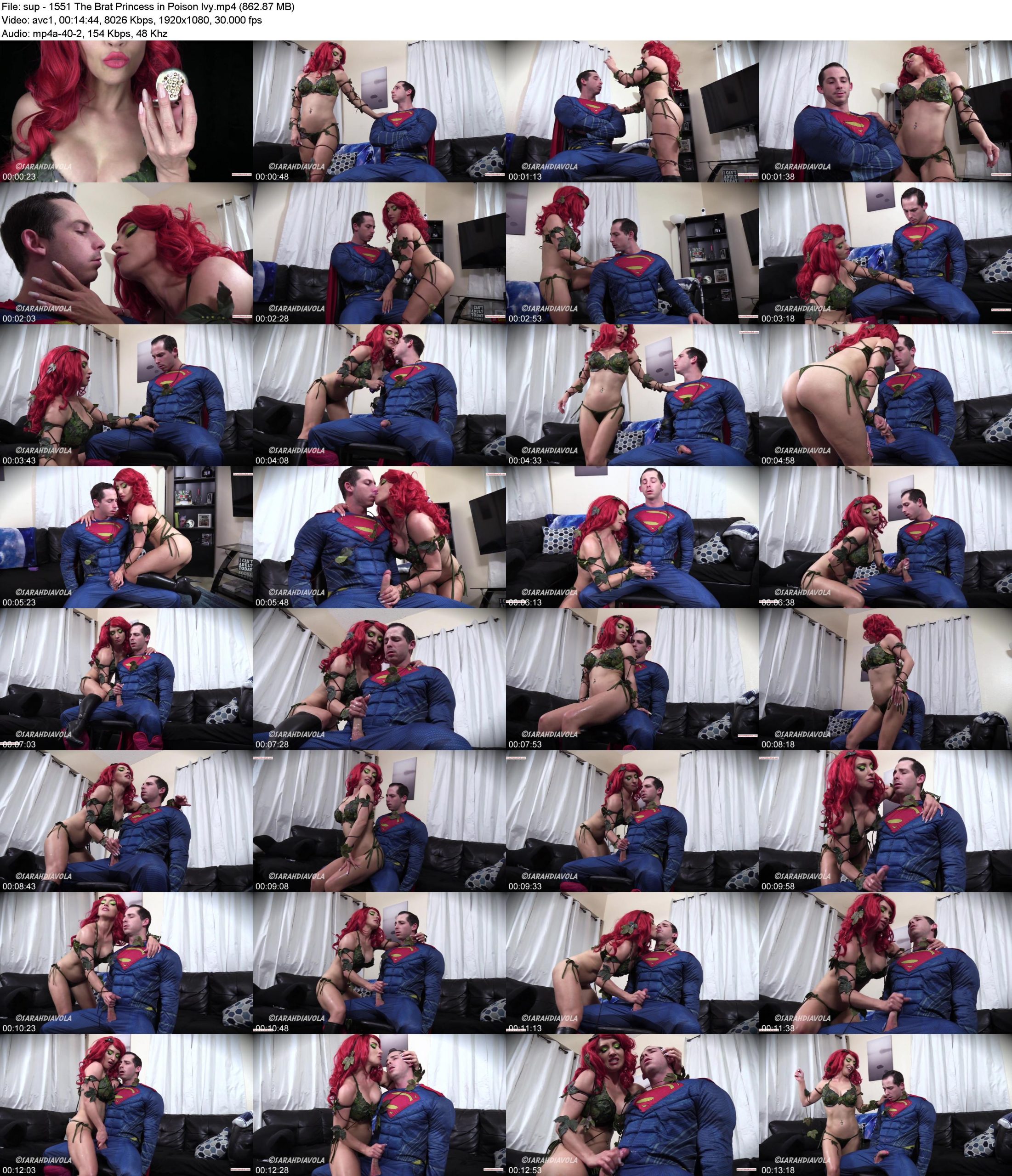 No one can resist Her poison lips.
She makes sure of it, by blending Her glossy wet lipstick with plant-derived poisons. These toxic substances are transferred to Her victims via a passionate kiss… and they become paralyzed, completely vulnerable to Her control and desires. She can do whatever She wants with him.
When She began Her plans to dominate the entire city – and then the world – the government didn’t know what to do. How could anyone defeat Her, when it is impossible to resist Her erotic charms? No human can escape the mesmerizing poison.
So, they called in Superman.
"Your powers don’t work on me – that’s why they sent me, not Batman," he smugly says with his arms crossed.
She slithers closer to him, running Her fingers up his body like vines, brings Her mouth closer to his, and purrs as She looks into his eyes, "Your only weakness is Kryptonite, right?"
"Yes." He is stoic, staring forward and rolling his eyes, unfazed.
"Well…"
She moves forward like a Venus fly trap and presses Her silky lips against his. Her tongue caresses his mouth, and the passion of Her kiss stops time for a moment as it flows throughout his alien body. A violet vapor delivers the dose and wafts between them. A hint of bright green vapor wraps itself into his nose and mouth, and his eyes drop as soon as it enters him. When he flutters them open, he finds that his brain has been washed and his powers taken from him. Every cell in his body is madly in love with Poison Ivy.
"…I put some of it in My lipstick."
His eyelids flutter and his brain is locked. His eyes roll from being overtaken by erotic magic, int.x.ica.ted by Her Love Potion. It was the perfect recipe to take down an invincible superhero.
Now that he is incapacitated, She is free to use him for Her plans to take over Earth and all the living things in it. Humans will pay for what they’ve done to plant life, and She will make sure of it. But Ivy needs some ingredients to complete Her doomsday devices, and a flying man who is brain washed into following Her every command is a perfect assistant. She needs things – he is desperate to serve Her.
First, She must complete the destruction of Superman by stripping him of his powers to stop Her. She must extract it from him by hand. As She speaks seductively into his ears, She muses over Her plans. Superman, after he’s been used for evil, will become Ivy’s fuck slave for eternity.
She strokes his cock with hands that wrap around him like ivy. Even if he wanted to resist, he couldn’t.
"You’re in love with Me."
"Madly!"
Poison Ivy gives Superman the best – and last – hand job of his life. No fingers or hands have ever touched his super cock like this before, he is delirious with pleasure. As he gets closer and closer to orgasm, She taunts him and reminds him that if he cums, he will fail the city – and the world. But he doesn’t care. He can’t stop himself from releasing all of his powers to Poison Ivy, through his captive cock.
Categories: Super hero, superheroine porn,superheroines fetish,SUPER VILLAIN, HANDJOBS, MAGIC CONTROL, MESMERIZE,poison ivy, superman, comics, kiss, brainwash