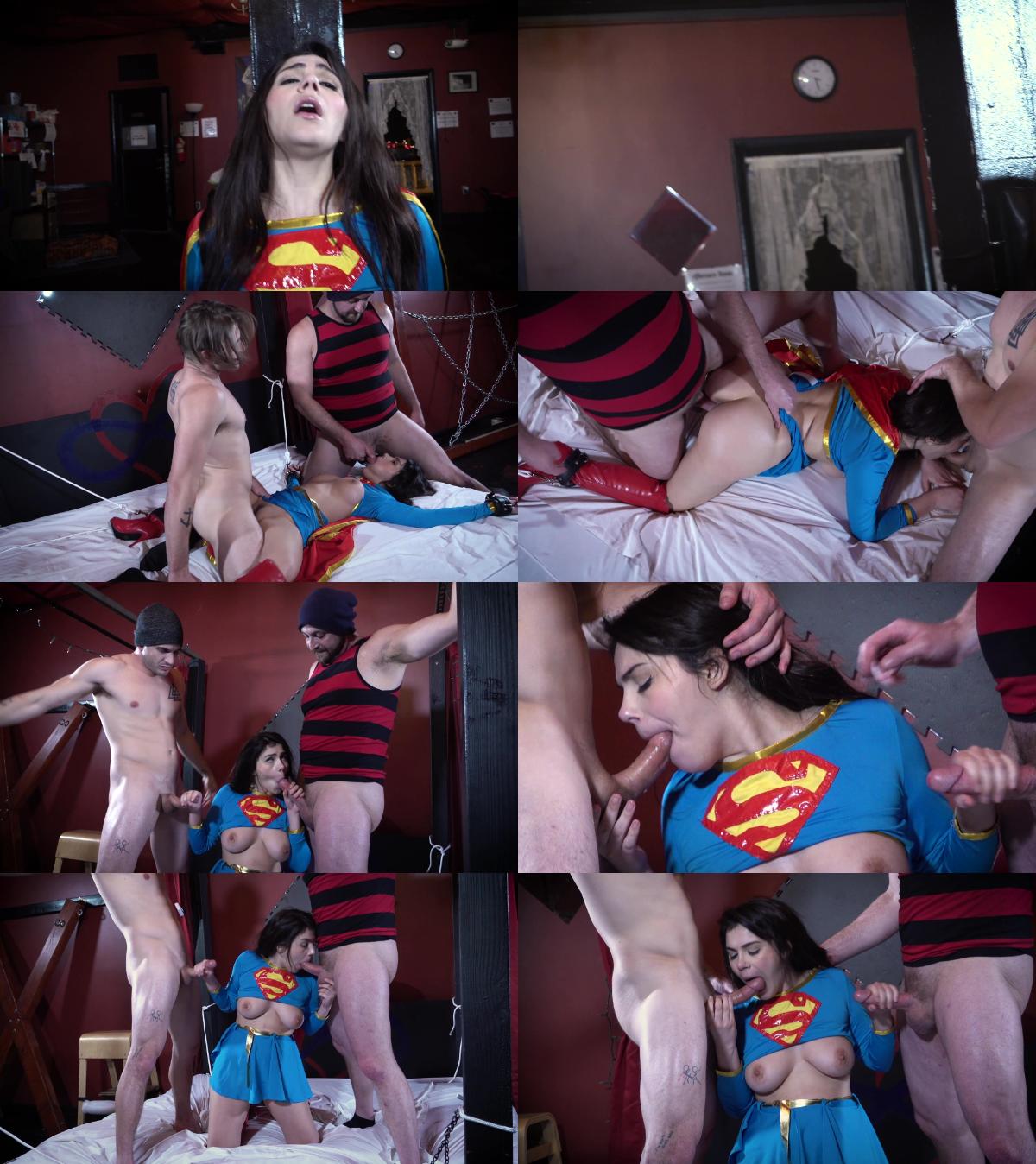 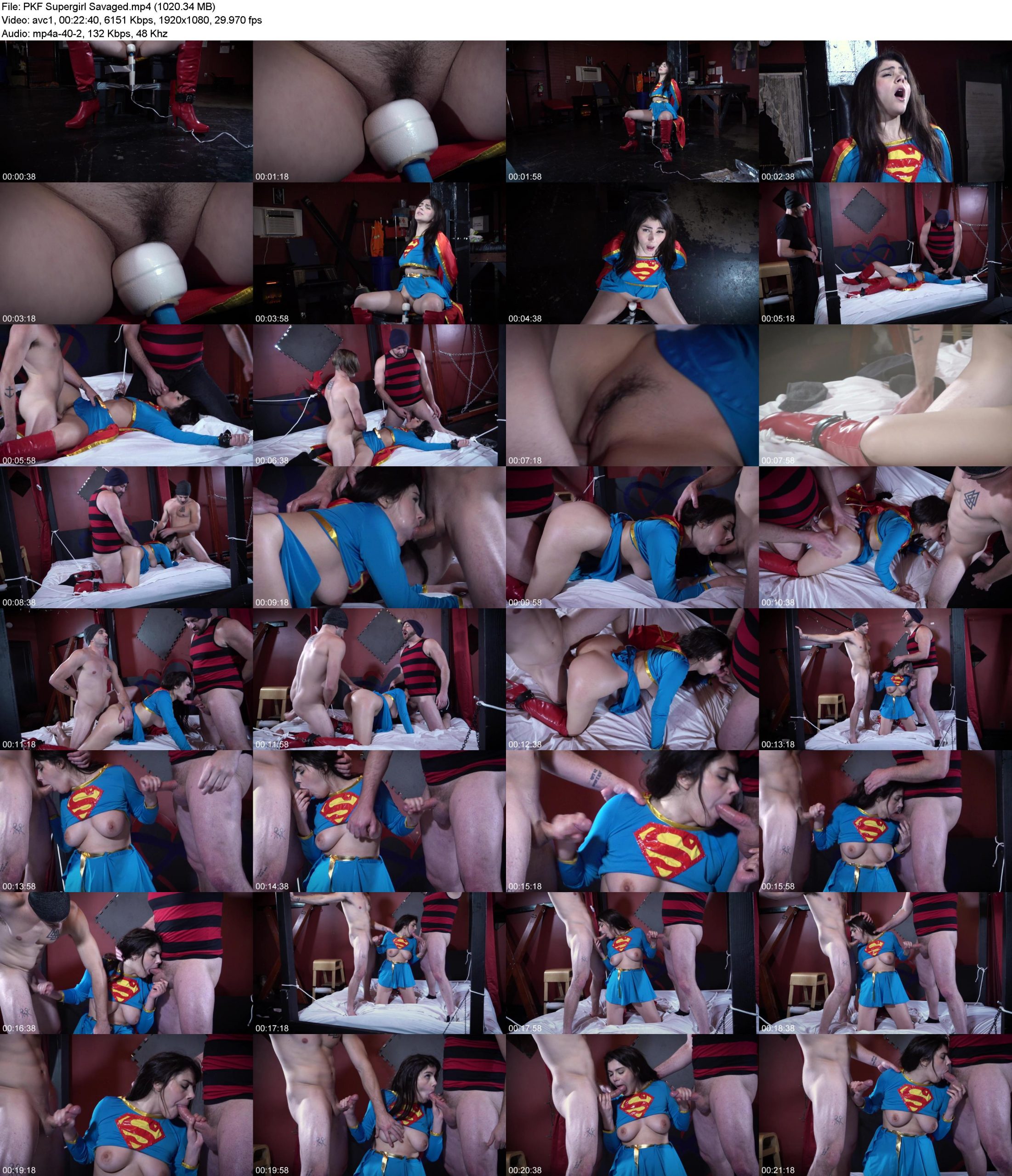 Eventually, Supergirl gets into the sexual punishment. She sucks off both fiends at the same time, choking their big dicks down like a good super slut. Maybe if she plays nice they will spare her. Supergirl is rewarded with thick, ropey loads all over her chin, S logo, and big titties. She demands to be released, but one of the thugs snaps her kryptonite-weakened neck like a twig. They leave her body bound to the x-frame for the Justice League to find.