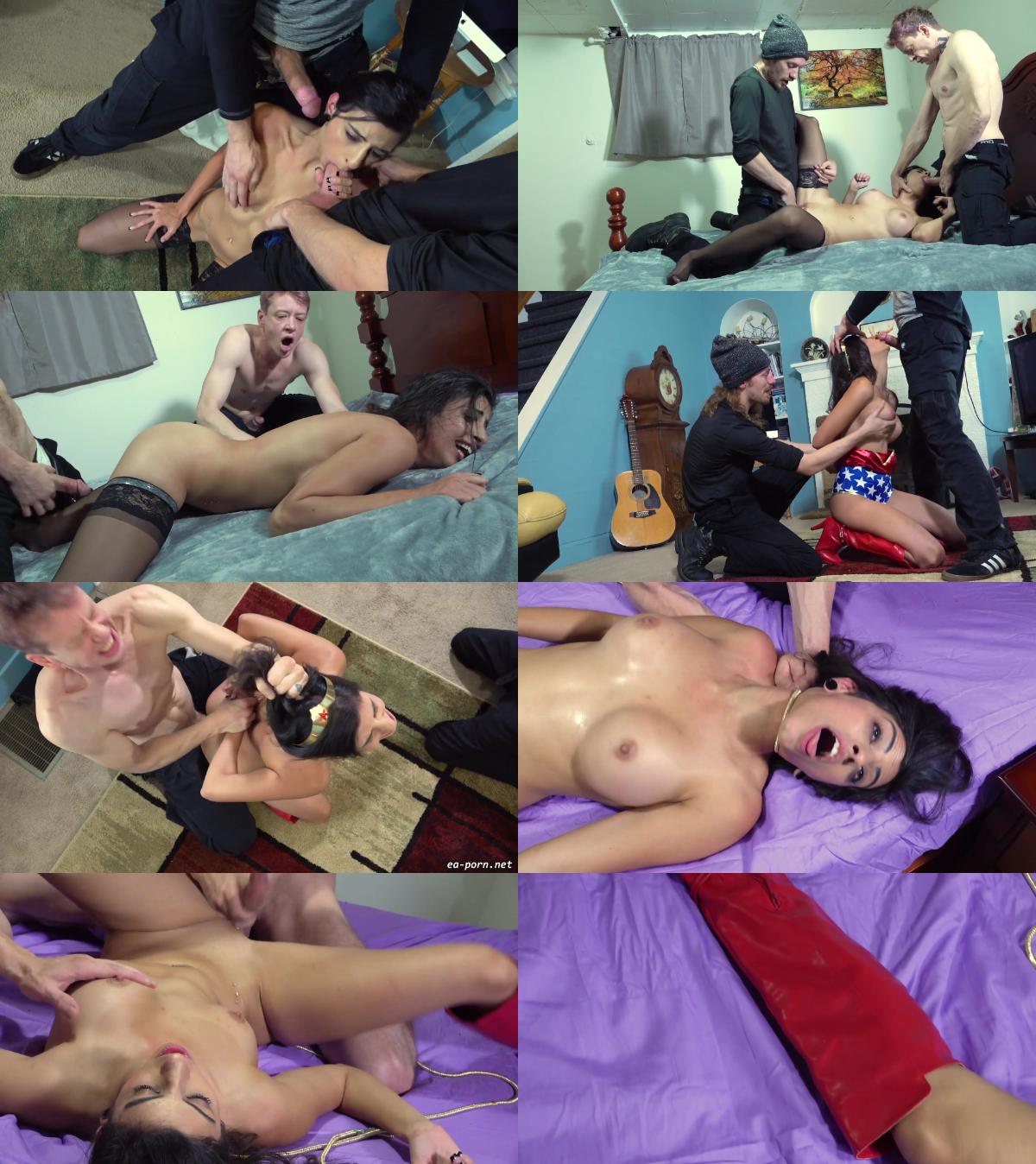 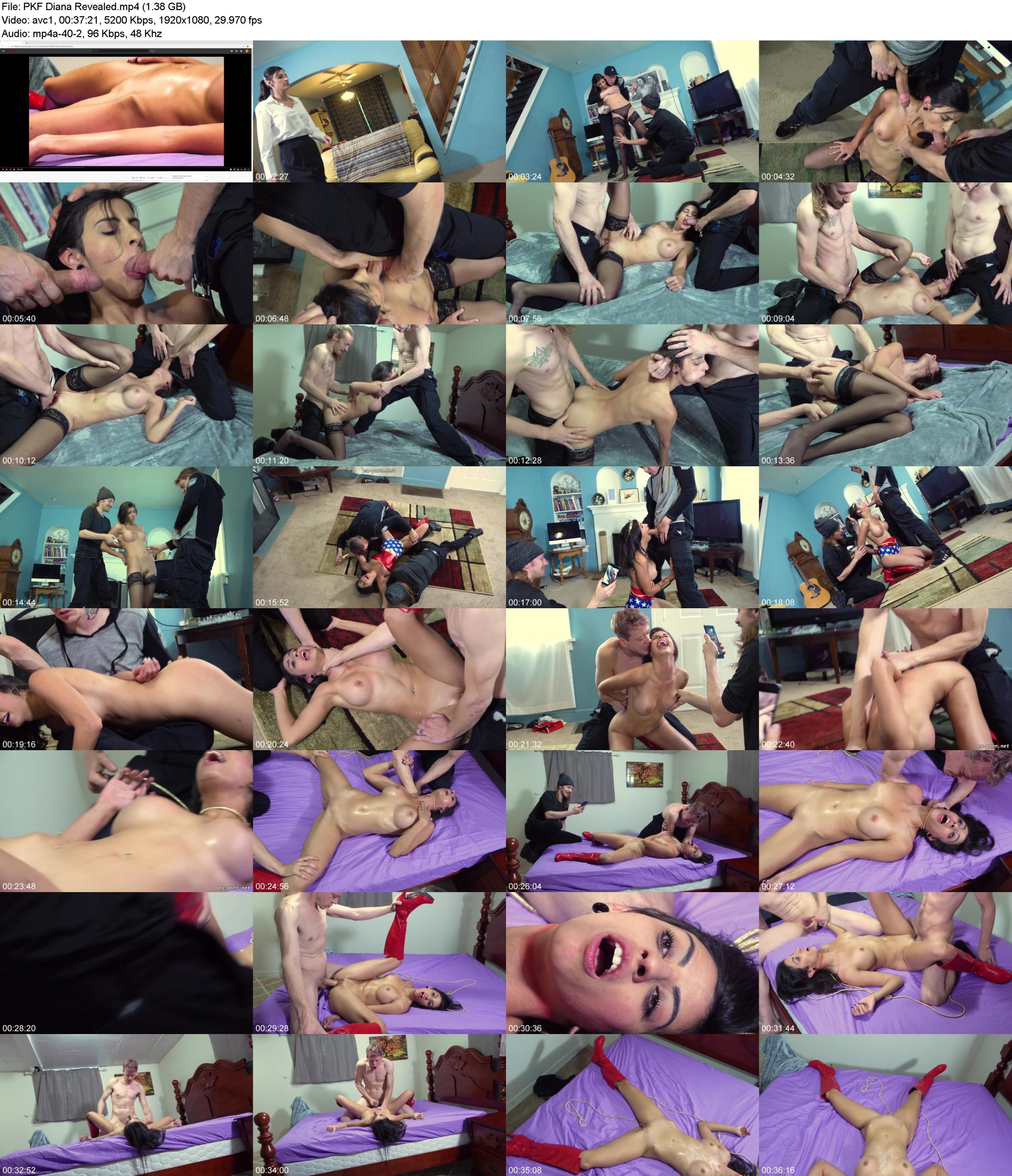 The superhero snuff film that broke the internet. Millions around the world watched as a nude and beaten Wonder Woman was strangled with her with her own golden lasso.

A couple of prowlers surprise Diana Prince at home. They ambush the innocent looking beauty, but are surprised when she fights back ferociously. Eventually, the two brutes overpower her. One holds Diana’s arms behind her back while the other tears her blouse open. The fondle her wondrous rack and force Diana to her knees.

The two attackers force Diana to suck their fat cocks. Saliva dribbles off her chin and drips onto her big tits. They move her to the bedroom and double-team her. One stuffs his cock in Diana’s mouth while the other rapes her. The two criminal buddies switch places and continue spitroasting the defeated superheroine.

The long-haired thug bangs Diana’s plump booty while the other makes her gag on his dick. They fill Diana with their vile semen and mock her as she sobs pathetically. They plan on bringing Diana home with them as a permanent sex slave. Suddenly, Diana slips away and manages to transform into Wonder Woman!

Wonder Woman knocks the long-haired thug aside like a ragdoll and pins the tall attacker against the wall. She lifts him up and pummels him violently. In her rage, she misses the thug behind her rising from the floor. He smashes her from behind and Wonder Woman is at their mercy once again.

The two prowlers force Wonder Woman to suck their cocks in costume, filming on their phones all the while. The strip off her superhero garb and rape her again on the floor. The longhair films while the tall one stars in a hell of an amateur superheroine snuff video.