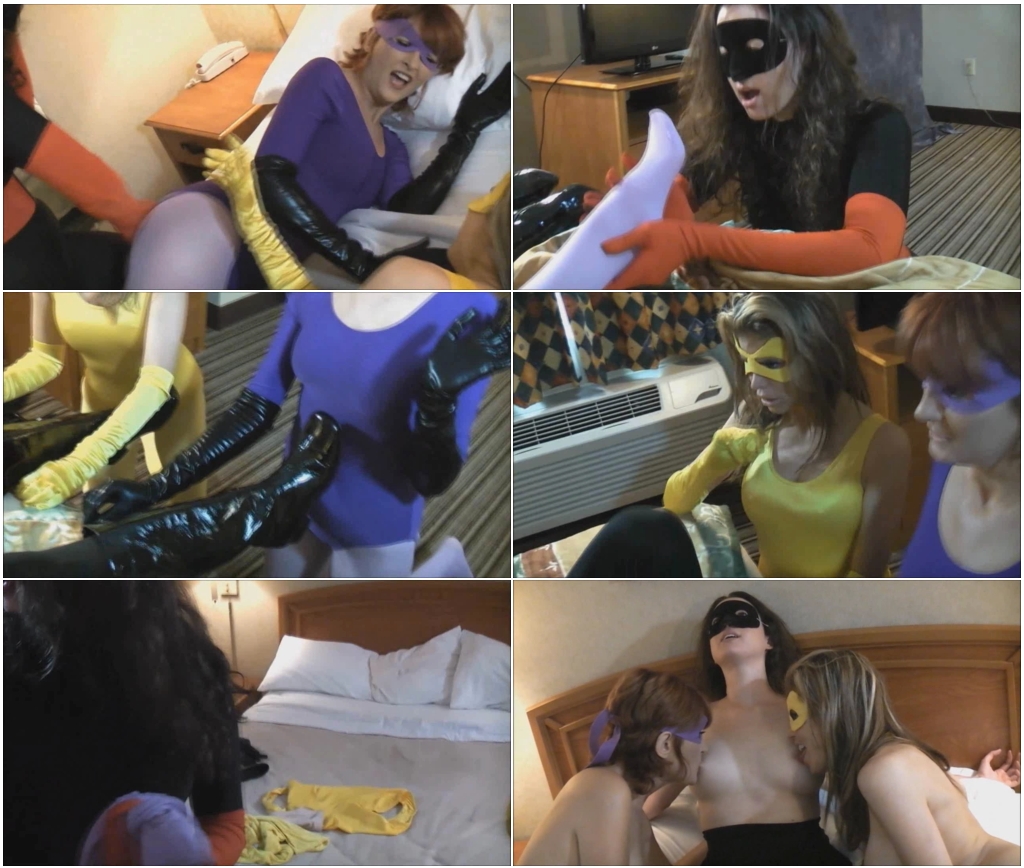 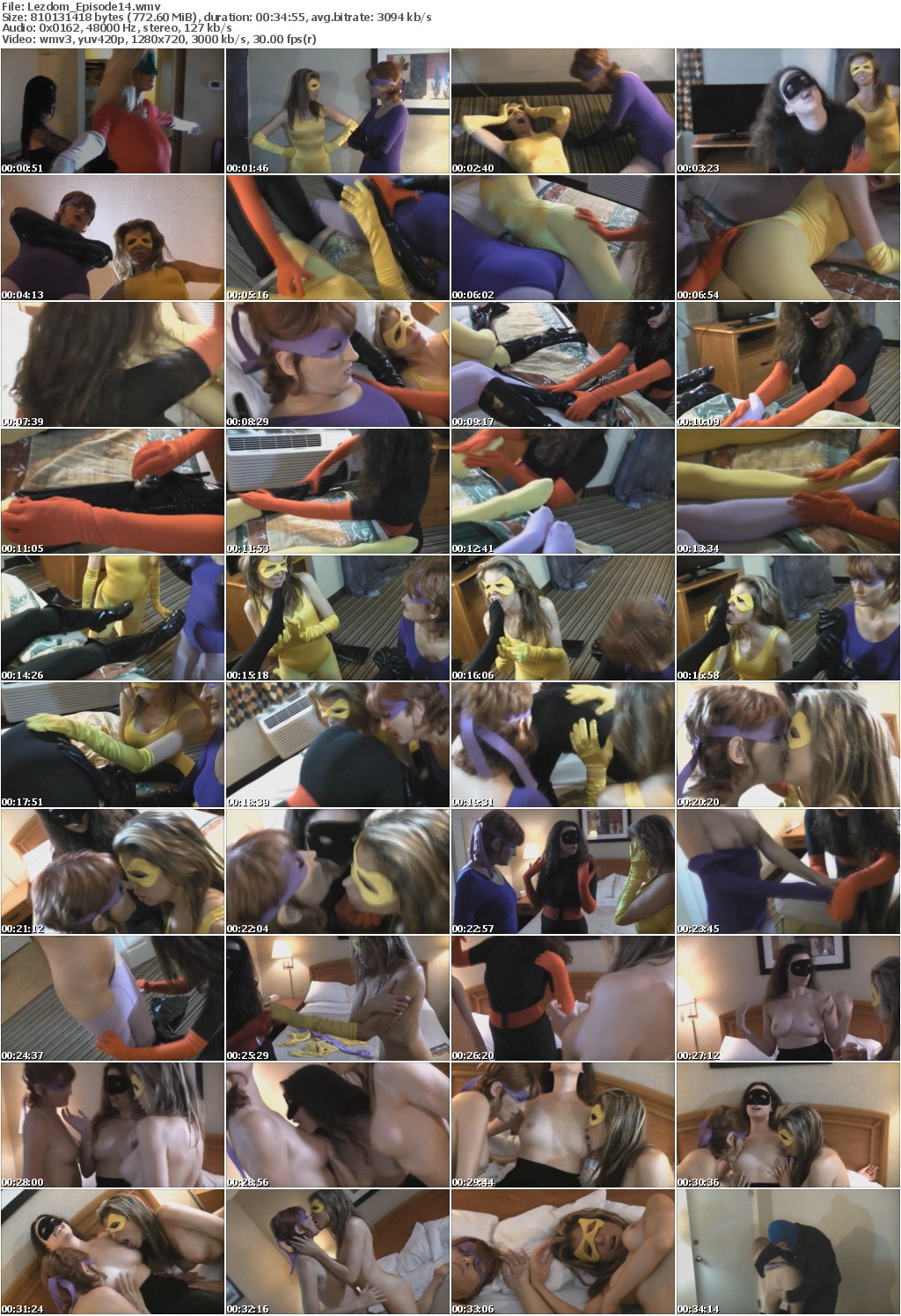 Featuring Candle Boxxx as Banana Avenger and Lakota Summers as Grape Avenger as they encounter the villainess Endgame, portrayed by newcomer Cha-Cha Le Anna. Daring them to attack her, the superheroines launch a barrage of punches. Endgame is not impressed, backing them against the wall, but the Avenging Ladies power up. Now more powerful, the punches connect with better success or so they think. It was all just a plan for Endgame to absorb more of their powers, making the villaienss even more powerful than before. Endgame overpowers the superheroines, causing them back onto a nearby bed. On the bed, the heroines are weakened with fondling, a (very slow) boot removal sequence and foot worship. They are further weakened by Endgame’s kiss. Conflicted from Endgame’s takeover, the heroines are subjected to foot worship, ass worship, breast worship and more kissing, including 3-way kissing between the heroines and the villainess. Banana and Grape are also made to strip out of their uniforms, leaving only their masks. Ultimately, Endgame leaves them defeated on the bed, lying next to each other, still naked and with no certain future. Contains nudity, g/g and g/g/g kisssing, some spanking, wedgies, frontal wedgies, foot/ass/breast worship, and a triumphant villainess.
tags:superheroine,superheroines,lesbian domination,lezdom,stroy line ,stroyline,froced orgasm,submission,humiliation,super hero, super heroines ,Candle Boxxx , Banana Avenger , Lakota Summers , Grape Avenger ,ass kissing