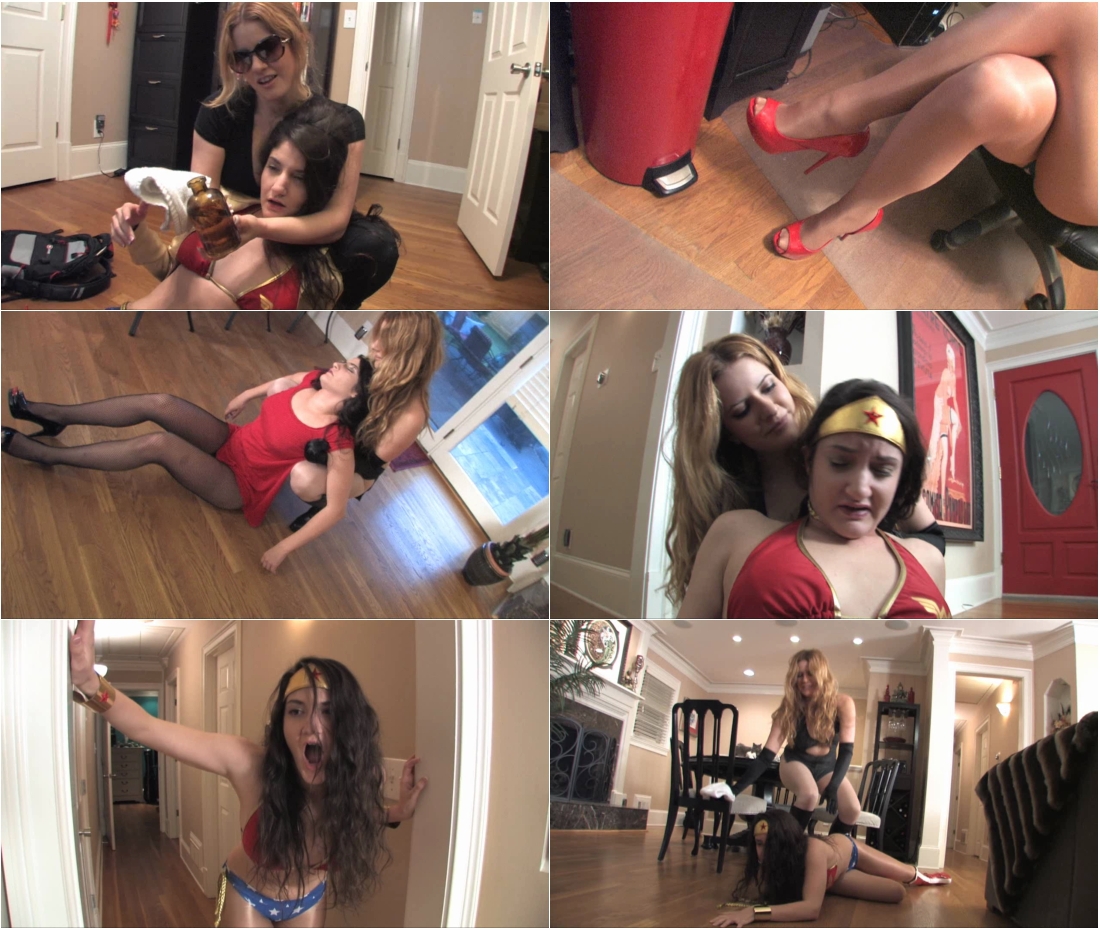 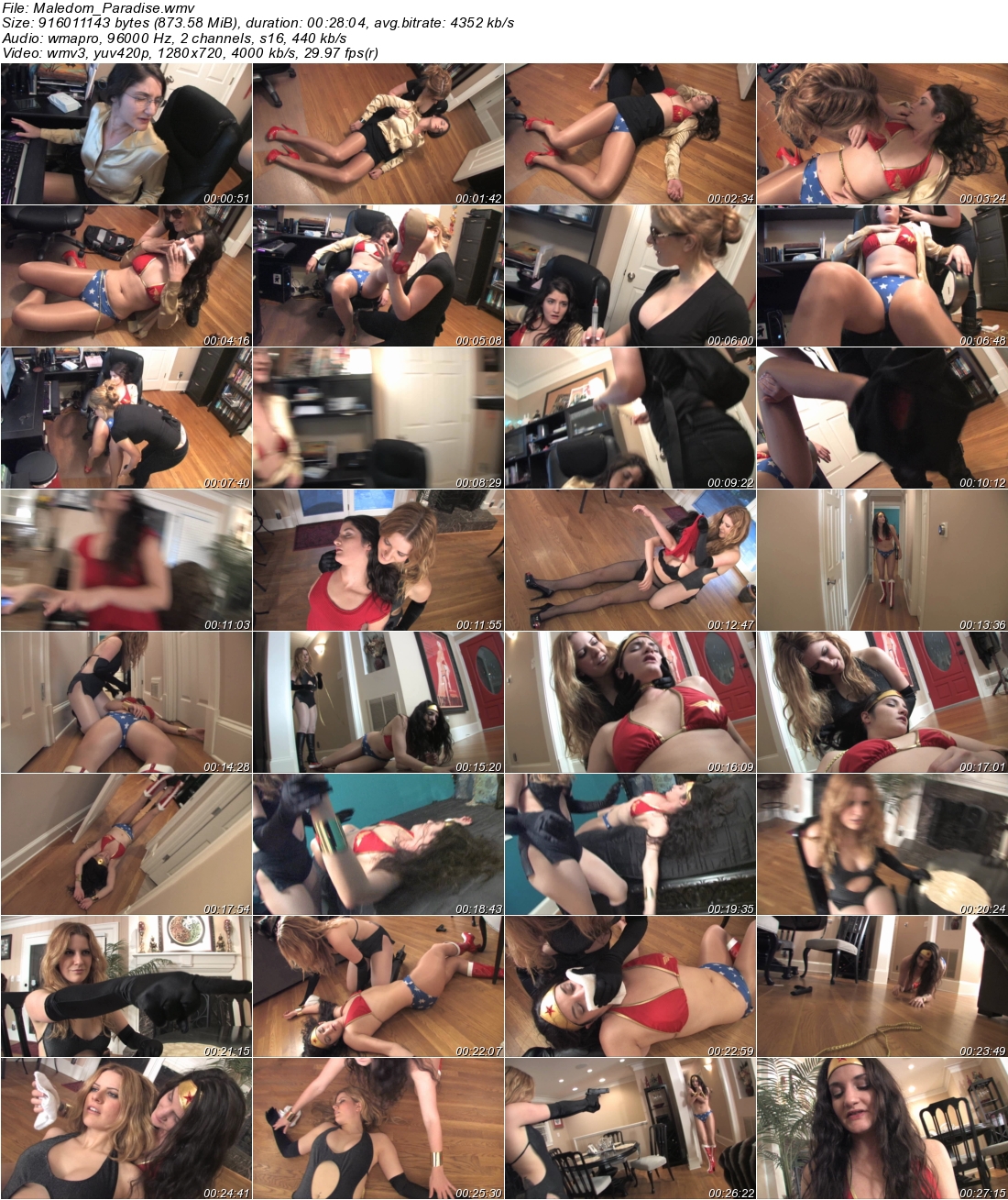 Starring Arielle Lane and Jacquelyn Velvets. Based off a custom script, this is an epic tale of good vs evil. A series of twists and turns that will leave even the most jaded viewer elated. A mixture of sensuality, deadly tactics, wondrous states of unconsciousness, and more. This is what awaits you as you take in the tale of Wonder-Woman (Arielle Lane) in her civilian garb, forced to do battle against the evil Synestra (Jacquelyn Velvets) in a series of encounters that seem to end in the Amazonian’s demise…only to lead into another clash between Wonder-Woman and her repeatedly stunned foe.
Attempts to kill are reduced to simple trips to Dreamland for our heroine, as Synestra tries and tries again…leading to a climax that FINALLY claims the headstrong villainess.
Fans of dramatic comic book struggles between BOTH ends of the moral spectrum: this release is destined to rank amongst your favorites!
This movie contains poison pen injection KO, multiple chloroform KOs, injection ‘death’, gun ‘death’, choke KO, neck snap ‘death’, choke ‘death’, tranquillizer dart gun KO, hypnotic suggestion, dragging, death with eyes closed, transformation, sleepy kissing, limp limb manipulation
tags:superheroine,superheroines,lesbian domination,lezdom,story line ,storyline,froced orgasm,submission,humiliation,super hero, super heroines ,superheroines porn,superheroines adult movies,catfight,cat fight,wonder woman