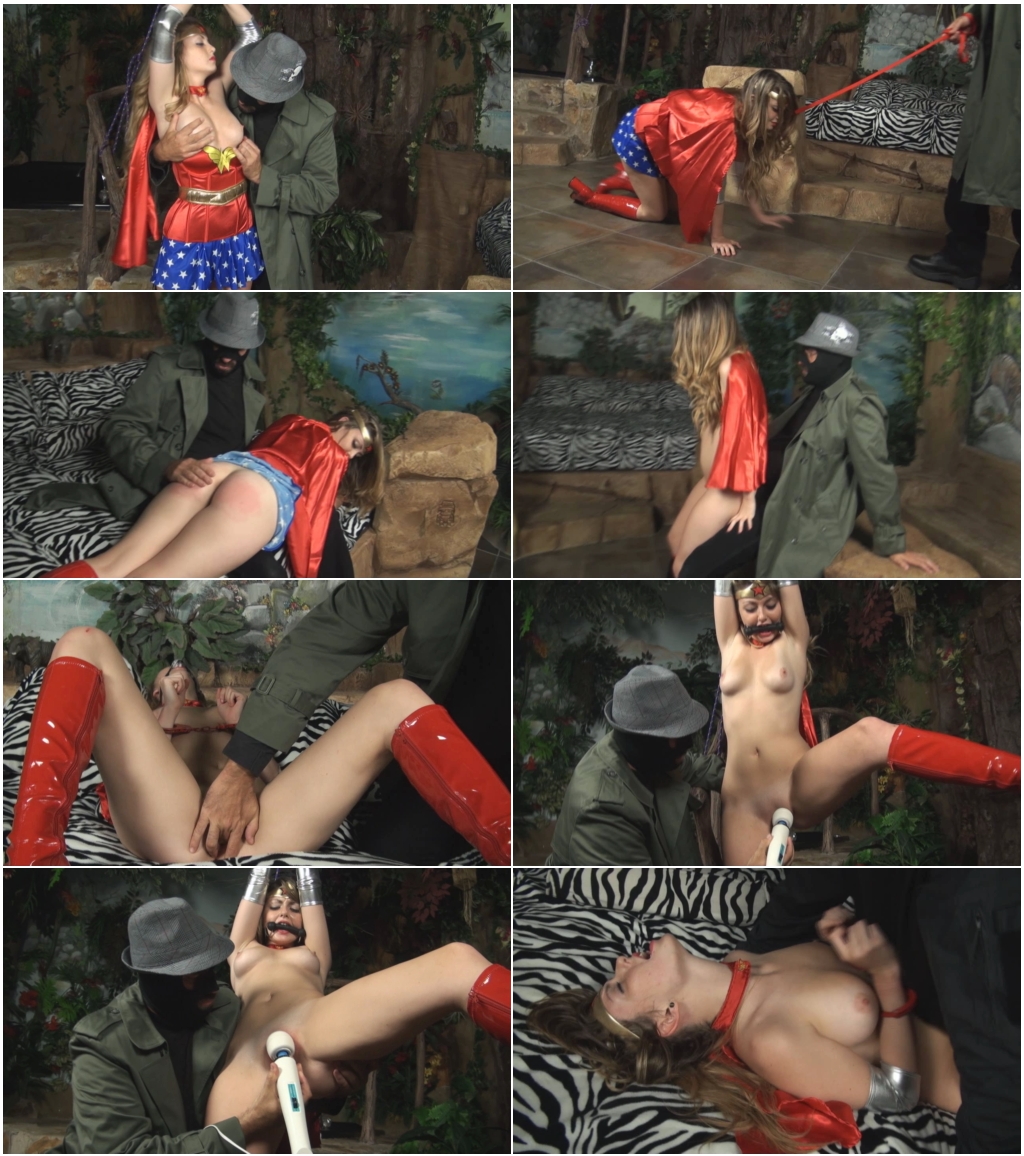 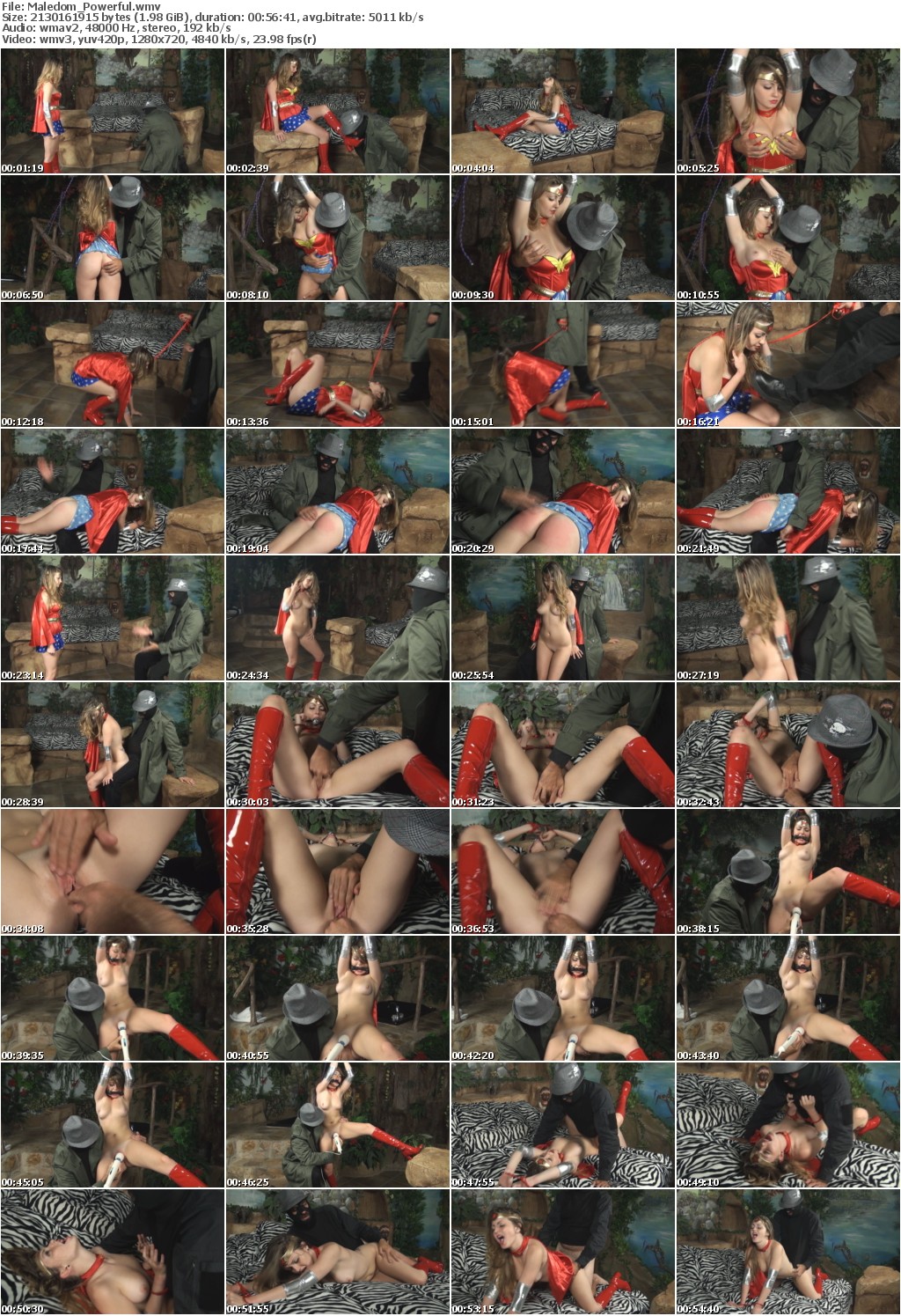 Wonder Woman has discovered Dark Shadow’s secret lair and is there to capture him. He puts up a weak fight, but she is much too powerful. She easily subdues and handcuffs him. Then she gives him a choice….lick her boots and go to jail or its curtains for him. The cowardly criminal of course licks her boots.3 years later, Dark Shadow has escaped, unbeknownst to Wonder Woman. He has discovered some secrets in jail, including the only substance in existence that can overpower Wonder Woman. He takes advantage and uses it to take her down.Now its time for revenge. Dark Shadow embarks on a slave training regimen for Wonder Woman. He begins with some fondling bondage, followed by some humiliation…he trains her as his puppy, making her walk, sit, lay down and bark. And, he gets even with her, making her lick his boots. Next, he puts her over his knee for a nice hard spanking. Then, he wants to see some more flesh. He makes her strip mostly naked. He lets her keep her headband and cape. He forces her to dance and then give him a lap dance. This training has limited effect, as Wonder Woman still has a strong will and a smart mouth. From here on, he begins breaking her down. He ball gags her and plays with and fingers her pussy. The pleasure is almost too much for her. Almost. However, next he ties her hands over head and applies the Magic Wand vibrator, which has turned quite a few heroines. And, it does its job. Orgasm after orgasm, Wonder Woman looses her will. She is so out of control, she end up partially on Dark Shadow’s lap, but mostly suspended by the ropes holding her. Once the Magic Wand has done its job, Wonder Woman is Dark Shadow’s sex slave. And he uses her for that. He fucks her missionary and spoons positions and then decides its time for a little anal. He fucks her ass hard until he cums inside it.
Category: SUPERHEROINES
Related Categories: SUPER VILLAIN, FORCED ORGASMS, BONDAGE SEX, FINGER FUCKING, BONDAGE
Tags:Maledom,Male Domination,superheroine,superheroines,Humiliation,Mixed Wrestling,Submission,froced orgasm,super hero, super heroines,spanking,hitachi,bdsm,bondage,wonderwoman,wonder woman