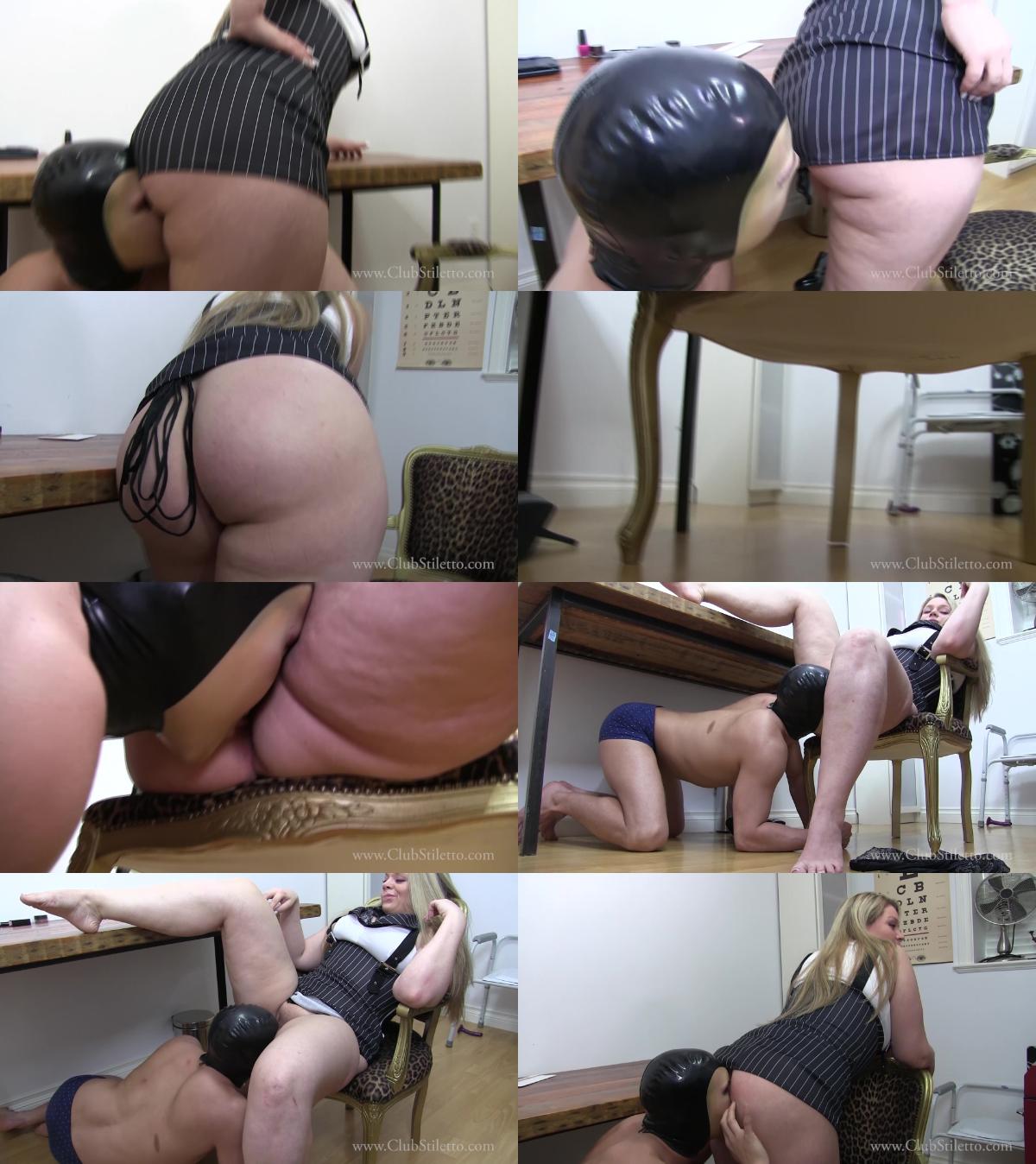 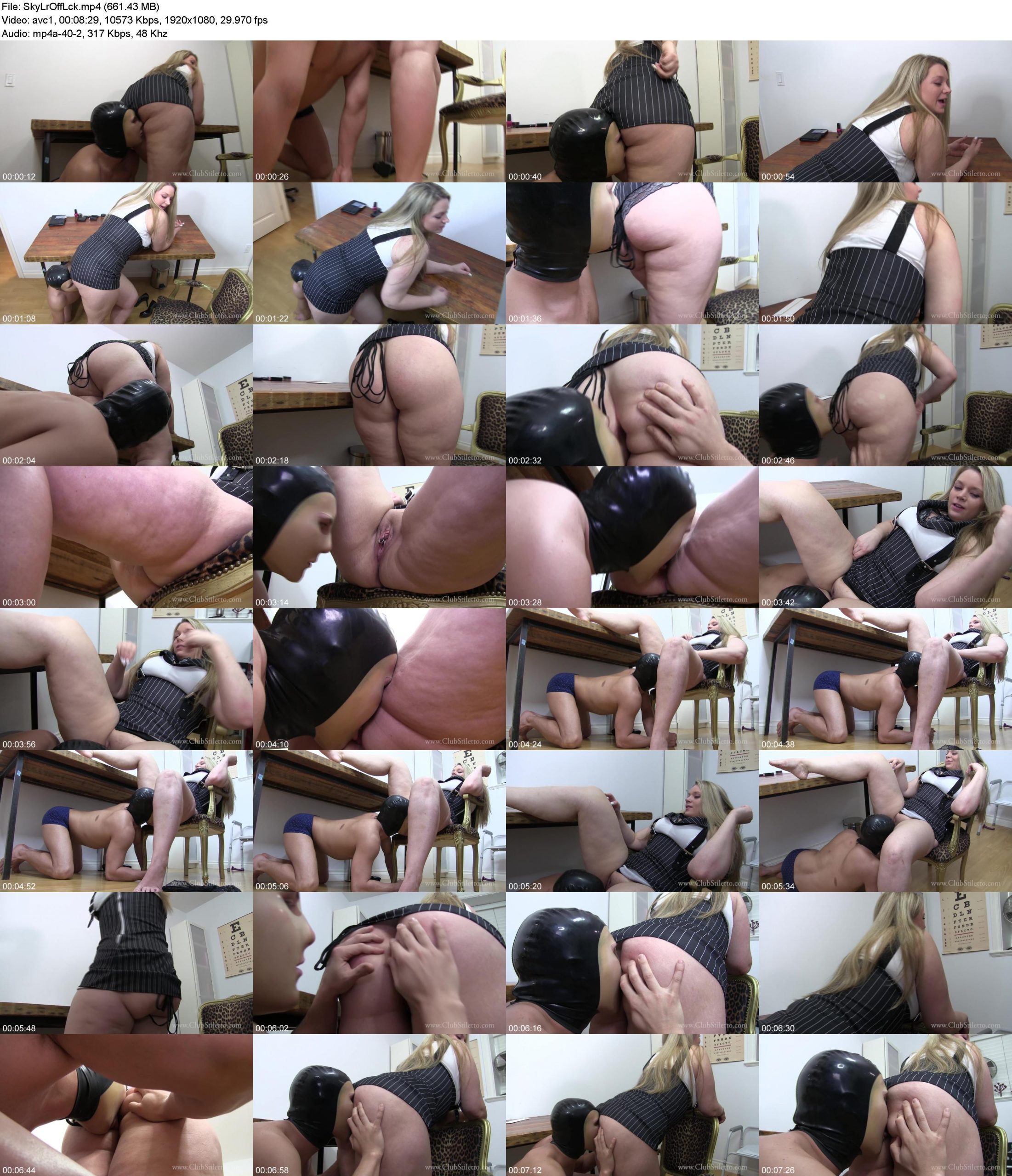 Skylar has her office bitch on his knees, sniffing her ass. She makes him beg to lick it – and he does – he wants to lick it desperately. A well-trained slave knows that licking a woman’s ass is a great honor and a gateway to become a full toilet. Skylar gives you some back story on her slave. She explains that he’s not permitted to have traditional sex, that pussy is strictly forbidden, and as a result, he’s always desperate for ass. “He is the dirtiest slave we have at FemCorp” Skylar says. She tells the slave to remove her panties, and like a dummy, he reaches for them with his hands. She slaps him and tells him to use his teeth. When he finally gets them removed, she has him step back so you can admire her ass. She instructs him to crawl forward to spread her cheeks so he can deep tongue fuck her ass.
After a while, she tells him to stop, seats herself in her chair, and raises her legs so the slave – and you – get a magnificent view of her pussy. The slave dreams of pussy, but his pussy licking days are over. He only gets ass so is ordered back between her legs to give her a hard rimming. She torments him by saying she knows he wants to lick her pussy, but that it’s saved for real men, not pathetic worms like him. She asks if he can smell it but reminds him to not slack off from his ass eating duties. “I didn’t wipe it for you” she tells him and then admonishes him for not saying thank you. Skylar says her panties are soiled and that when the slave is finished with his rim job, she’s going to stuff them into his mouth and he’ll need to keep them in there all day. She gets up and kneels on the chair so the slave can come in behind to administer some long licks of her ass crack and hole. She makes him snort like a pig and laughs at how pathetic he is. He continues to eagerly lick her ass. “When you go out to the office, when done here, I want you to make those same snorting sounds so the other ladies know you’re ready to serve.”
ass worship,ass fetish,pussy licking,bbw