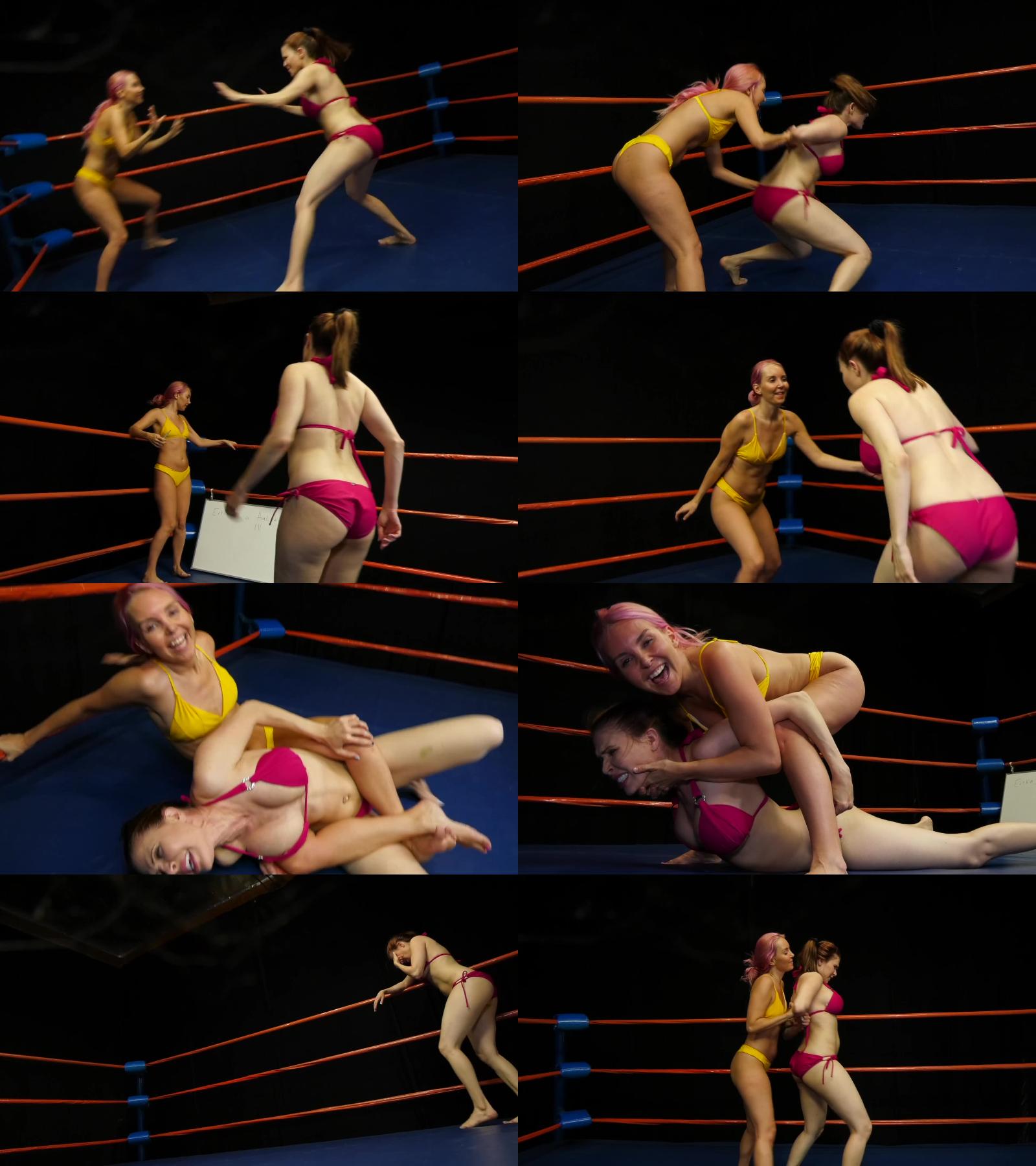 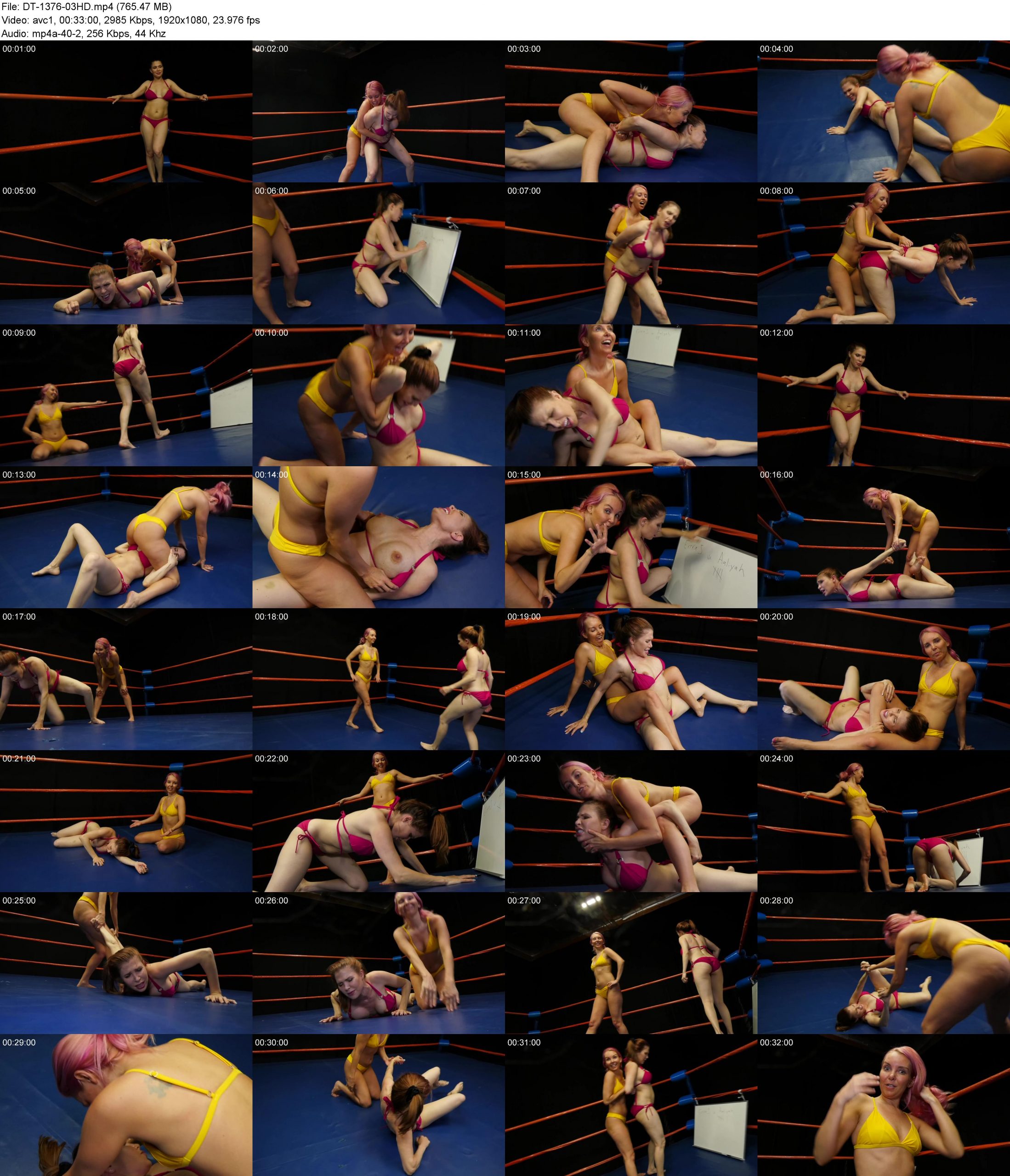 Erika Jordan finds it hilarious that she has to fight a submission match with Aaliyah Love. Apparently, she thinks that Aaliyah is not in her league. She even asks the referee if they â€œhave a stretcher ready.â€ Both women are wearing bright bikinis, but only Aaliyah has bright hair. Aaliyah has a full head of bright pink hair that makes her look even less threatening. Erika and Aaliyah approach the center of the ring. Erika is careless and isnâ€™t ready for Aaliyahâ€™s quickness as she slips behind Erika and bear hugs her. Slowly she drags Erika to the mat and squeezes the air out of her. Erika is stunned as she submits. Aaliyah giggles innocently as she beams an adorable smile. After each submission the loser has to put the hash mark underneath the winnerâ€™s name on the scoreboard. For round 2, Erika isnâ€™t as reckless. However, it isnâ€™t much help. Aaliyah still finds a way to put Erika in a chicken wing and force a submission from her bewildered foe. Over and over again Erika has to crawl to the whiteboard to score another point underneath Aaliyahâ€™s name. This one sided beat down is the sexiest underdog story you will ever see.
tags:catfight,cat fight,,female fighting,ring wrestling,female wrestling,Scissors,catfighting,cat fighting,catfight fetish,catfight porn ,lesbian domination,lezdom,humiliation,submission,forced orgasm,facesitting,spanking,storyline ,storyline,slave,slavery,mistress,enslavment,lesbian bondage,lesbian strapon,spanking ff,lesbian blackmail,strapon ff,lesbian anal,lesbian bondage,slave,,whip,whipping,female fuck female