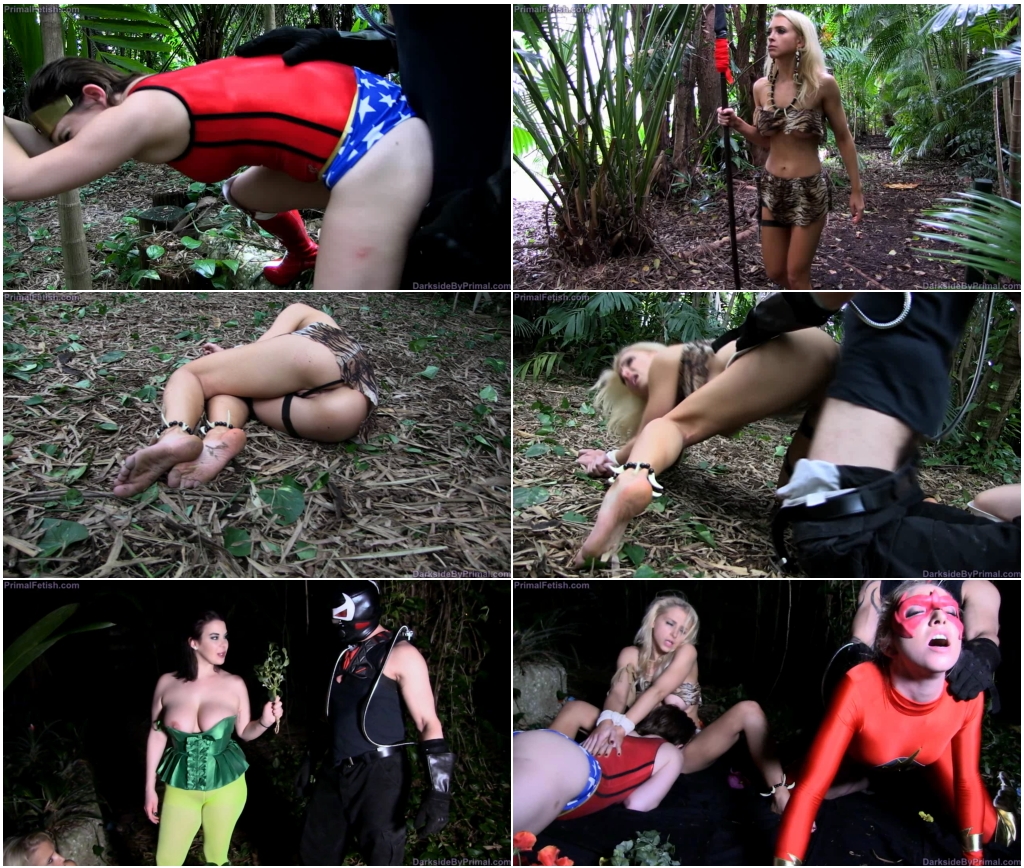 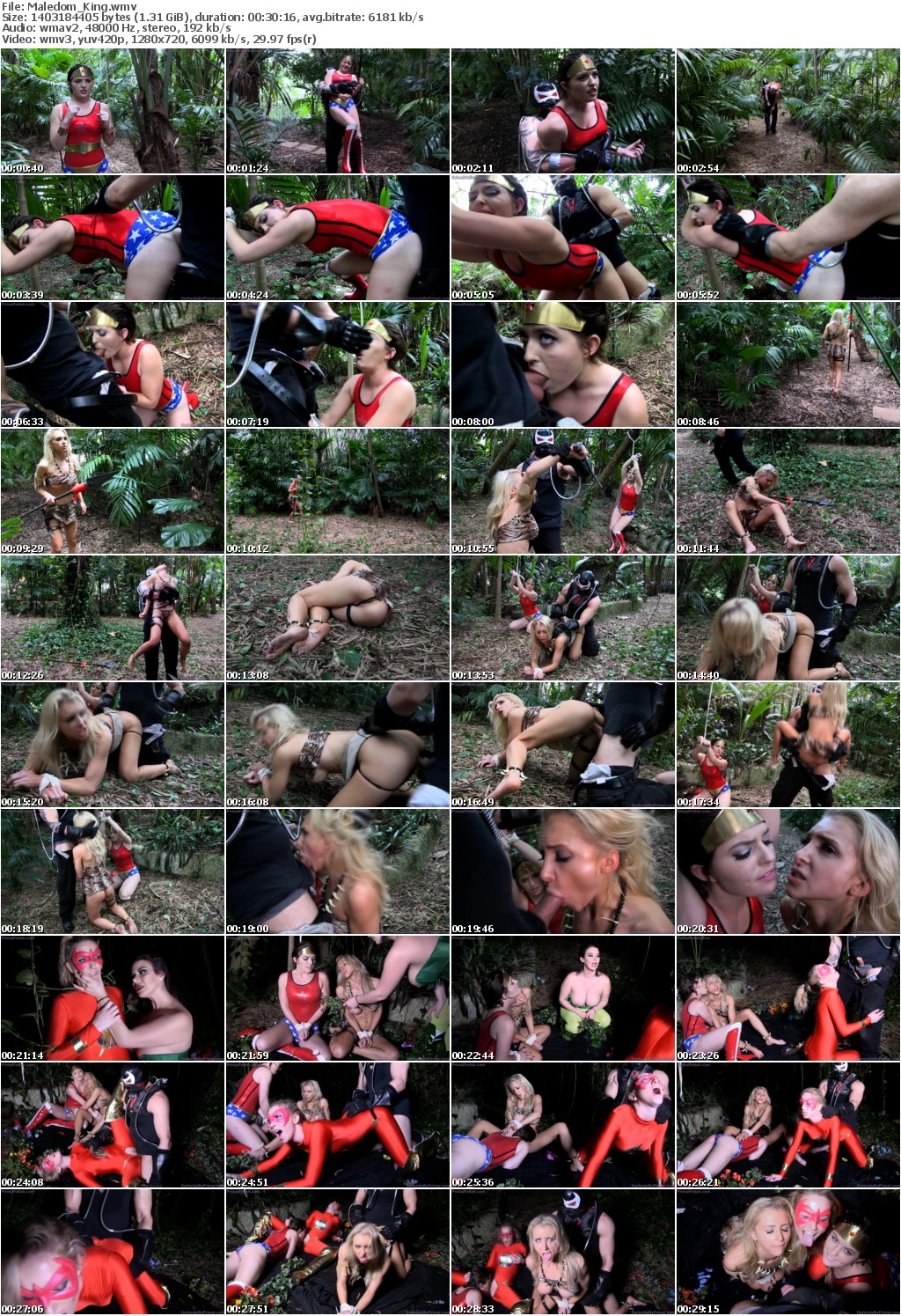 Part 1 – A group of research scientists have disappeared int the jungle. Wonder Girl takes the mission to find them. Unfortunately it is not some random misfortune that has befallen the missing researchers and Wonder Girl is confronted by Bane. The young superheroine fights valiantly but she is simply no match for the power of Bane.
Bane carries Wonder Girl to his camp and ties her up. He gives her what he had planned for Wonder Woman and fucks her mercilessly until her inexperienced young pussy gives out. He rams her mouth with his cock until she gags and then fills her with his load.

Part 2 – Sheena, Queen of the Jungle, has sensed the disturbances in her domain. She is tracking down one of the intruders and is able to determine that after a fight a young superheroine was taken by a much larger opponent. She tracks Bane back to his camp. Sheena sees that he has used Wonder Girl harshly and takes aim with her spear. Just before the blade pierces Bane’s back he turns with terrifying speed and catches the spear in mid air. Sheen fights him with -like ferocity but in the end even she is defeated.
Bane utterly dominates Sheena as he fucks her savagely. The law of the Jungle is that the weak submit to the strong, and Bane pounds the jungle queens pussy until she cums calls him King of the Jungle. She gets a hard mouth fucking and mouth overflowing with Bane’s load.

Part 3 – It is night, and The Flash has come looking for Wonder Girl. She mocks Bane, who hasn’t got a chance against her speed. Suddenly the nearby vines wrap and bind the speedster. Flash is totally caught off guard as Poison Ivy enters. The Flash boasts that the vines will not hold her long but Poison Ivy kisses her and The Flash is ko’d.
The Flash is and Wonder Girl and Sheena are bond and helpless. Bane and Poison Ivy discuss the deal between them. The toxic villianesse gives Bane some of her special mistletoe and leaves him. Bane uses the potent plant on Sheena and Wonder Girl who become uncontrollably horny. The begin to touch and kiss each other, getting more and more uncontrollably aroused.