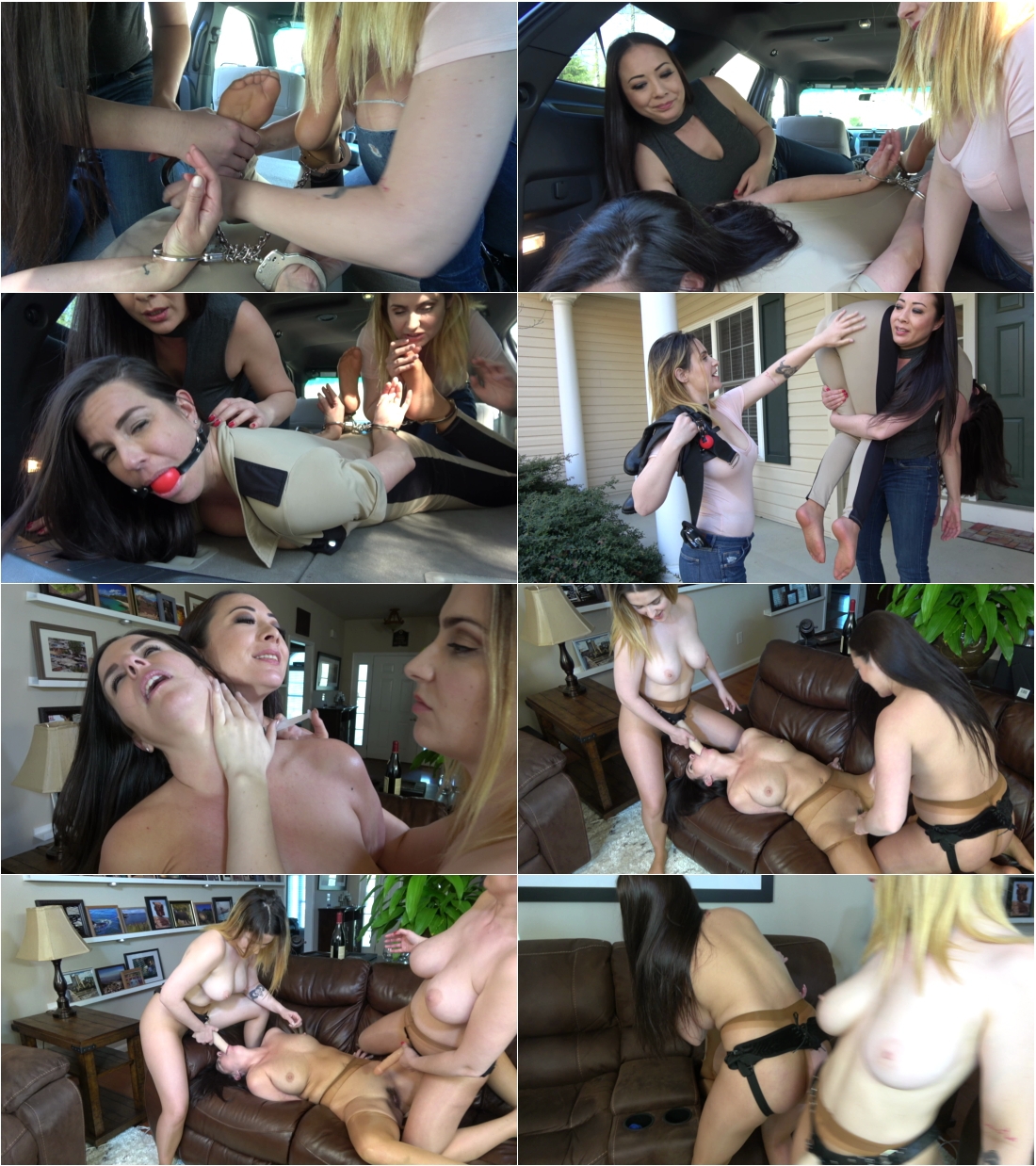 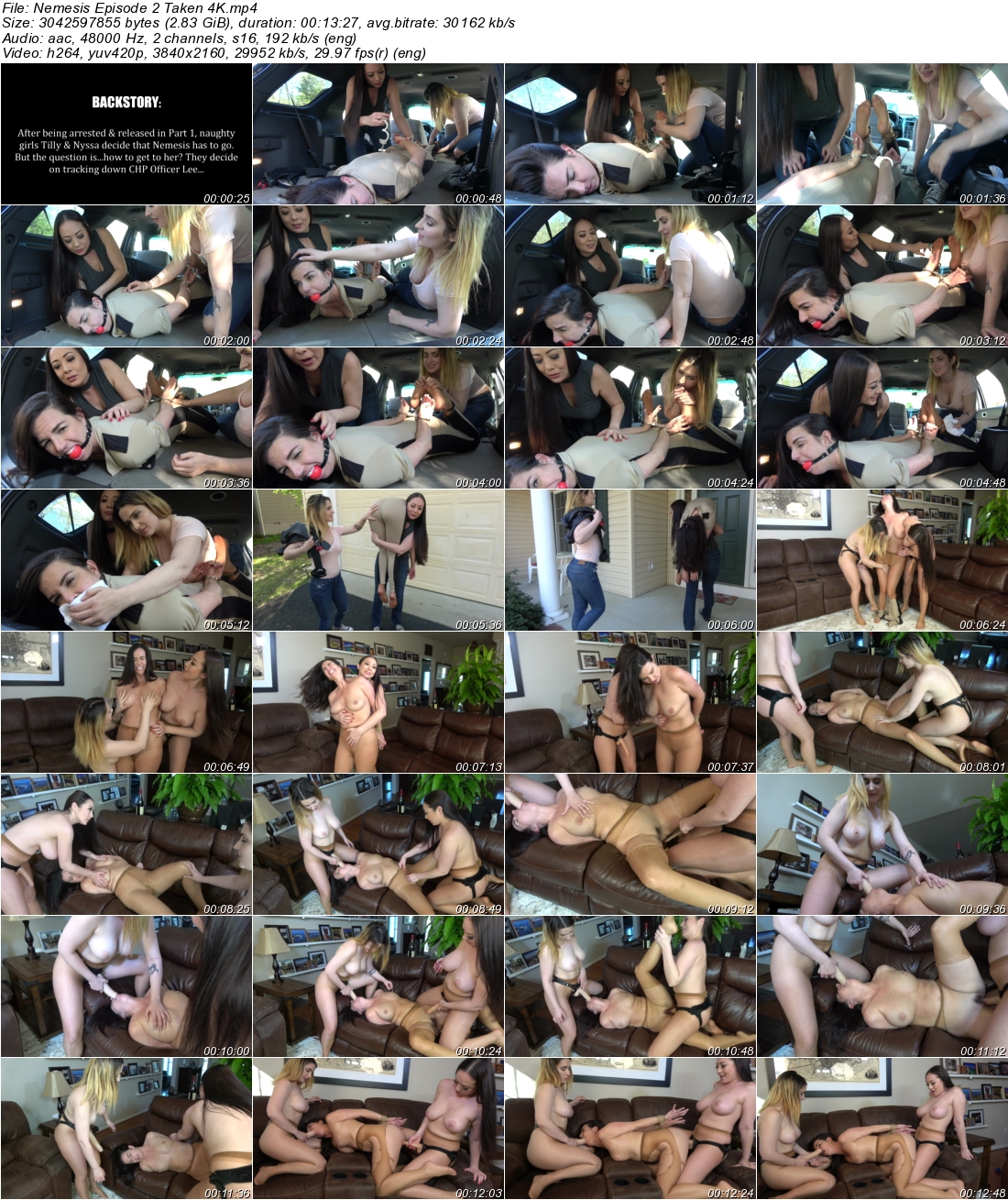 Here is a HOT NEW episode in the “Nemesis series” (that will run 3 episodes in length). In Episode 1, we saw naughty girls Tilly McReese and Nyssa Nevers run afoul of CHP Officer Kobe Lee. After a run-in w/ anti-hero “Nemesis” (eluded to, she debuts in Episode 3 upcoming), the girls wanted revenge, and decided that CHP Officer Lee was the best way to get in contact w/ Nemesis (w/ them being twin sisters, after all). In Episode 1, we saw them ambush Officer Lee, and keep her as their sleepy slave in the back of her own police truck.
Picking up where we last left, we find Tilly and Nyssa still with Officer Lee completely out in the back of the truck. They decide she needs to be bound and gagged, so they HOGCUFF her (with her own cuffs and shackles) and BALLGAG her. When she wakes, Officer Lee screams and squirms as the girls have their fun with her, TICKLING HER, teasing her, and more. They want to know who Nemesis is, and they’re going to sexually interrogate Officer Lee until she tells them! After several minutes of fondling, teasing and play, they use something to put Officer Lee completely out. The girls OTS CARRY the completely out Officer Lee inside the house for her interrogation.
Once inside, Officer Lee (now awake) squirms and whines as she’s led into a room, her hands cuffed behind her back. The girls pull down her catsuit, and begin fondling her. Her whining and protesting is too much for them, so Tilly uses something on Officer Lee to relax her. The girls then begin sexually dominating her w/ STRAP-ON’s! Tilly using her’s in Officer Lee’s mouth, while Nyssa fucks Officer Lee’s pussy. The last several minutes of the clip feature the sexual dom (which has time progressed the entire day, leaving Officer Lee exhausted). In the end, Officer Lee cries out that she’s had enough. LOOK FOR EPISODE 3 TO CONCLUDE THE SERIES W/ THE APPEARANCE OF NEMESIS!
Category: BONDAGE
tags:superheroine,superheroines,lesbian domination,lezdom,story line ,storyline,forced orgasm,submission,humiliation,super hero, super heroines ,superheroines porn,superheroine porn , superheroines adult movies,superheroines fetish,magic power,magic control,fantasy,lesbian sex,lesbian porn,lesbian bondage,,lesbian strapon,spanking,lesbian bondage,slave,slavery,mistress,enslavment,catfight,cat fight,,female fighting,ring wrestling,female wrestling,Scissors,catfighting,cat fighting,catfight fetish,catfight porn