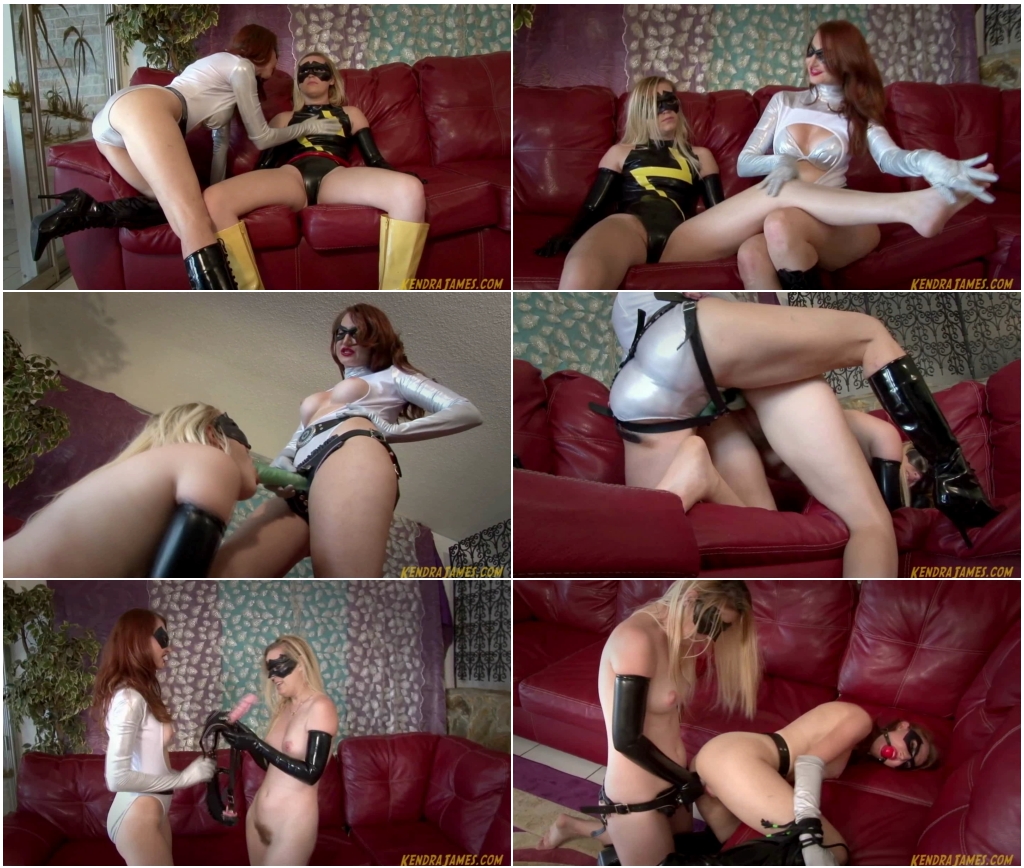 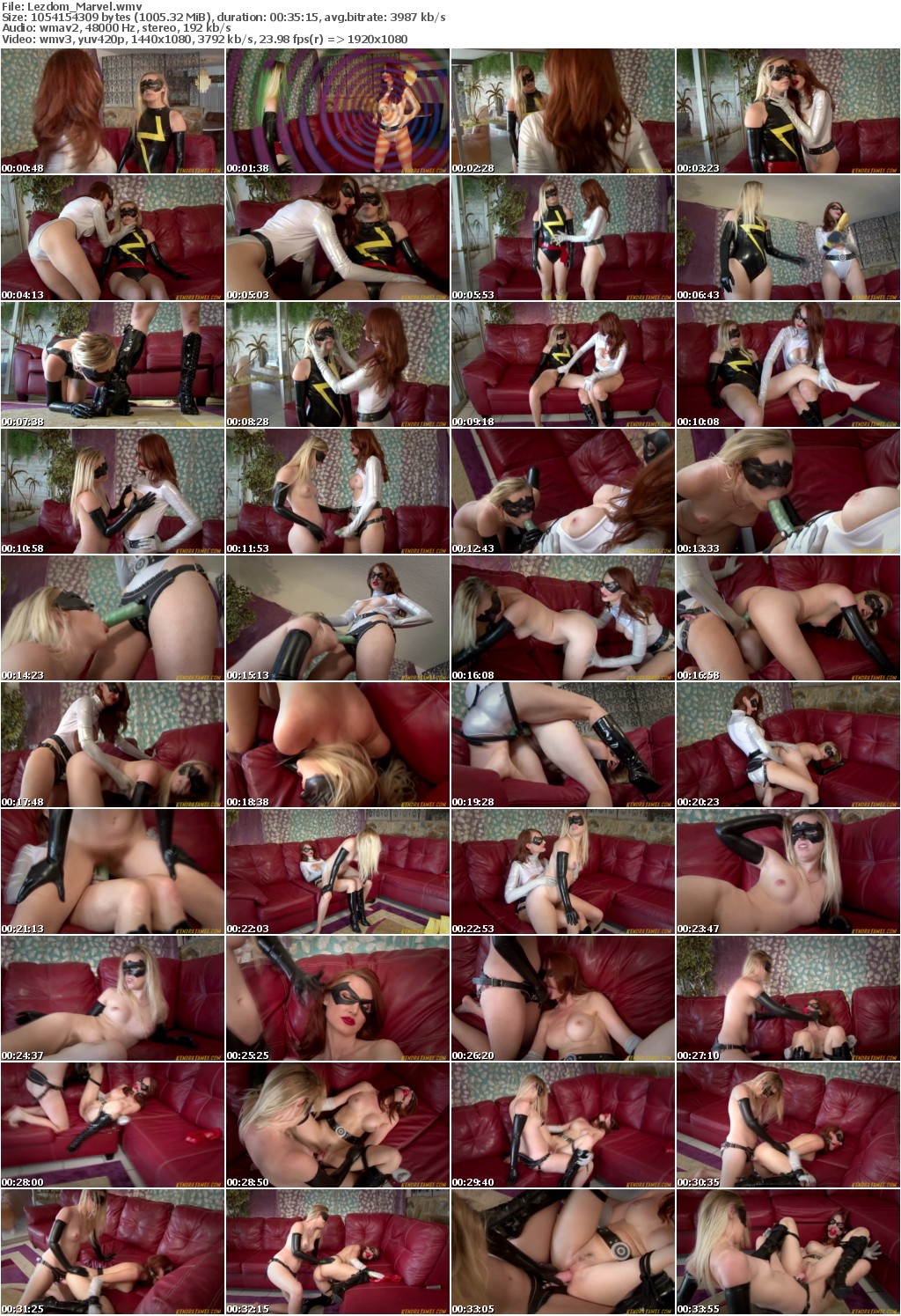 The mob has put a hit on the blond mega heroine Ms Marvel and the devious Hypnatrix thinks she has the power to carry out the hit and take Ms. Marvel down with her powers of persuasion – more commonly known as mesmerizing. After ambushing the heroine in her hideout a fight ensues and for a moment it looks like Hypnatrix might be out of her league. She punches Ms Marvel in the face, but this only irritates the blond bombshell who the returns the punch with more power than the villain is prepared for, knocking her to the floor. Of course the fiendish evil do-er knows her strength is no match for the heroine and decides to fight dirty! With the power of her mind she quickly takes control of Ms Marvel’s thoughts, mesmerizing her. Soon the do gooder is bending to Hypnatrix’s will. Instead of finishing the hit, the villainous decides to have a little fun with her captive. There’s a cash prize waiting for her after delivering the goods, but this could be a once in a lifetime chance and it would be a shame to pass up playtime with the powerful and heroic Ms Marvel. The mesmerizing villain has some fun with the mind controlled heroine, forcing her to get on her knees to stick out her tongue and lick the villain’s boots. Of course this is just a warm up. Through the power of suggestion Ms Marvel is soon sucking a giant strap-on cock and asking to be fucked with it. Soon Hypnatrix is bending her over and sliding the huge cock into the wet and waiting pussy of Ms Marvel who is moaning and begging for more! The blond mega hero sticks out her ass, her pink pussy totally exposed and begging to be stuffed full of villainous cock!After mesmerizing mega heroine Ms Marvel, the Hypnatrix thinks she has the upper hand. The mind controlled heroine has fully succumbed to the villain’s powers of persuasion by getting on her knees to kiss the Hypnatrix boots before bending over and getting fucked by a fiendish cock! The arrogant evil do-er decides to leave the blond hero alone momentarily to collect more toys to ensure domination and victory over Ms. Marvel, but this proves to be a huge mistake! After the scoundrel leaves, her mind control powers fade and Ms. Marvel is able to shake off it’s effects. The heroine awakes from her fog angry and wanting revenge! When Hypnatrix returns with more goodies to overpower and humiliate her captive she’s instead ambushed by the now fully alert champion. With one punch Ms. Marvelknocks out her unsuspecting and cocky captor who collapses to the floor in a heap. When the villain finally stirs from her induced slumber, she realizes she’s been stripped nearly naked and tied up! Her legs are spread open exposing her pussy and her wrists are bound to her ankles. She’s totally vulnerable and at the mercy of her former captive who has vengeance in her eye! The hero forces the villains own strap-on cock into her mouth making her suck and gag on it, holding the back of her head so the fiend can’t get away. This won’t be the only indignity Hypnatrix is made to suffer. The evil doer is then gagged and roughly shoved into the corner, her legs spread wide, pussy fully exposed so Ms. Marvel can ram in the cock and have her grudge fuck! The villain moans and cries, but the hero shows no mercy!
Kendra James, Amanda Bryant, super heroines, super villains, girl-girl, strap-on sex, lesbian sex, cosplay, peril, mind control, mesmerize, de booting, strap-on sucking, boot licking, latex, spandex, costumes, fighting, special effects, fetish, cosplay, strap-on, bondage, peril, forced sucking, strap-on sucking, dildo, gloves, boots, mask, knock out, ko, female domination