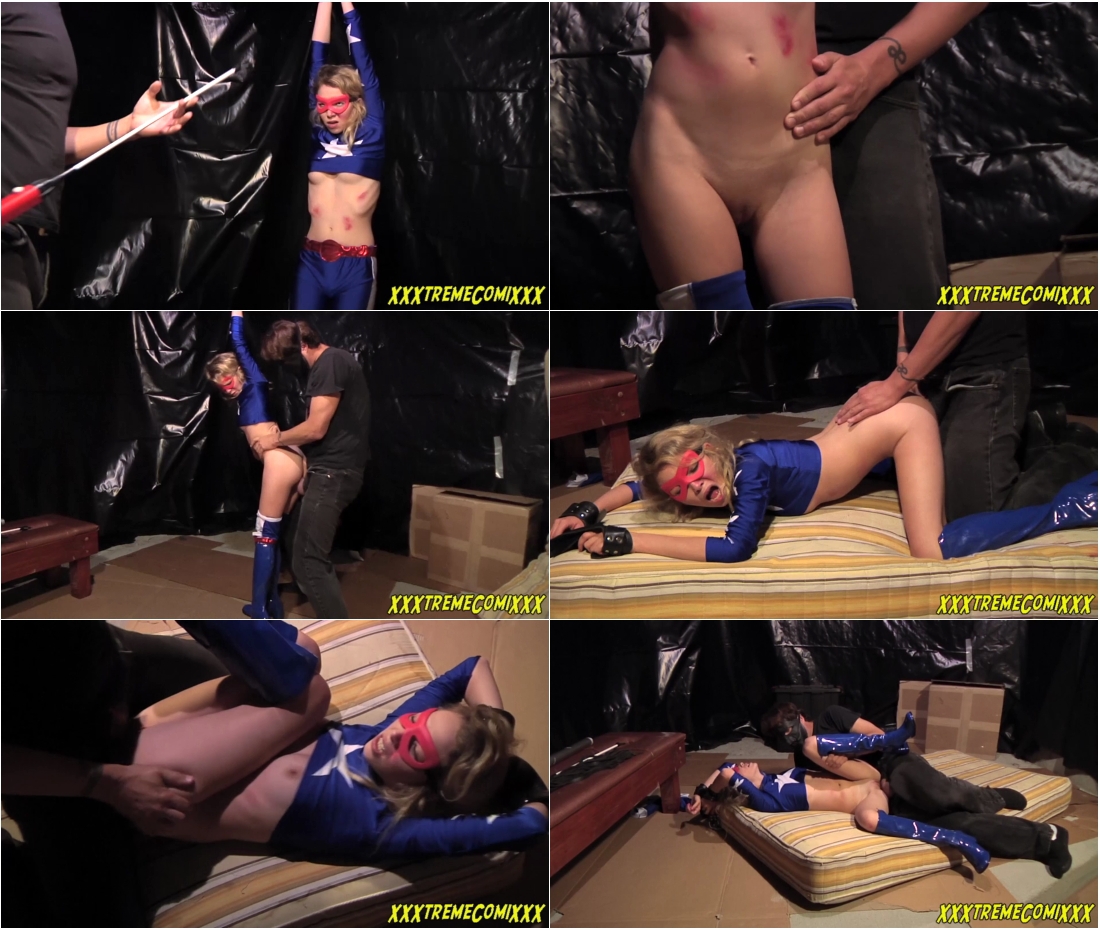 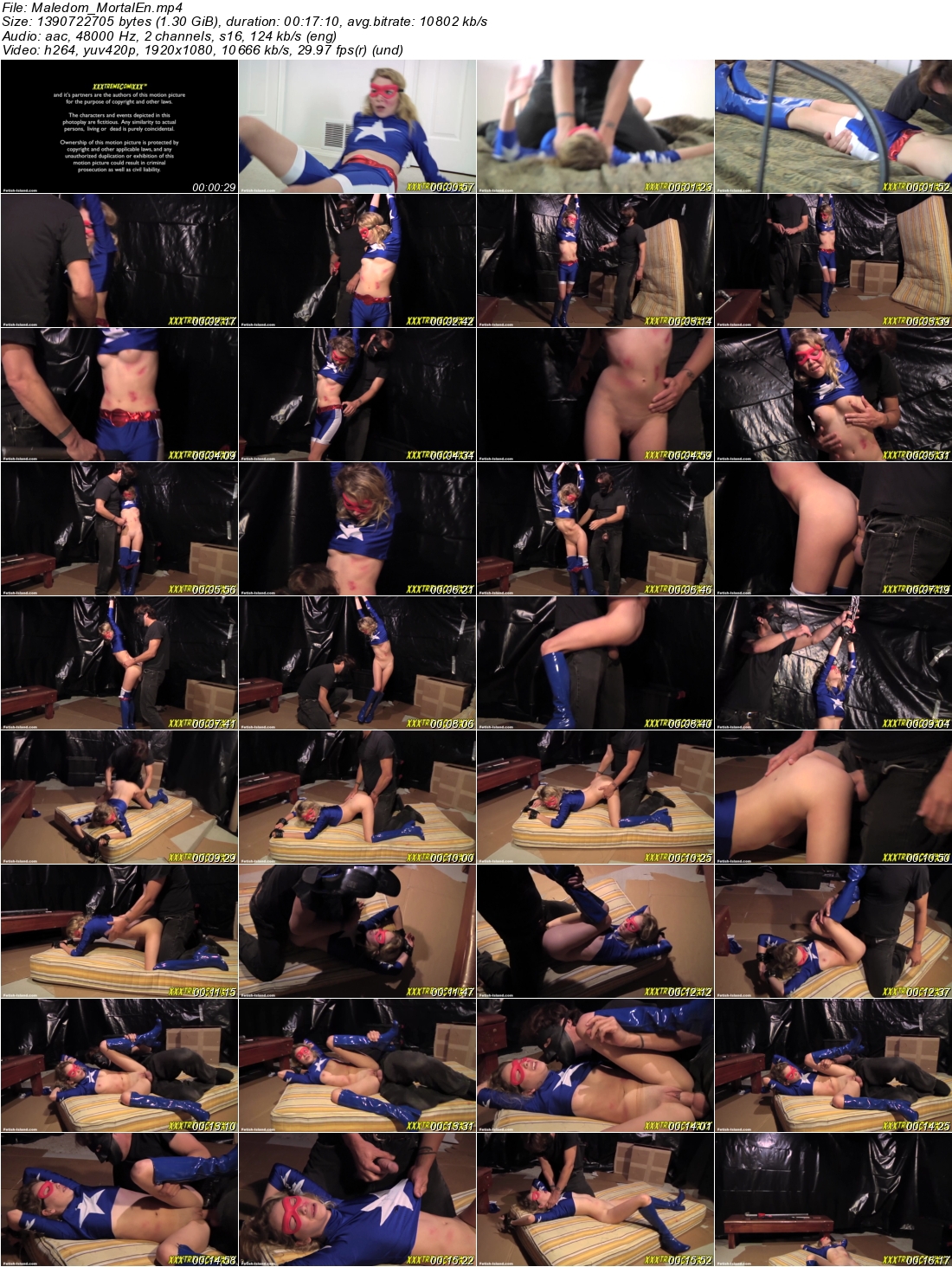 STARRING: Angel Smalls
StarGirl rushes to the scene to help a tied up civilian but as she reaches for him the man turns over and its none other than her mortal enemy. The battle it out but Star Girl looses and her nemesis carries her body to his lair where he beats her with a large pipe, he flogs her, then reaches into her wet tight pussy and gets her ready for his hard cock. They fuck while she’s tied up to the ceiling and moans half in ecstasy. But her nemesis thinks it would be more fun to play on the bed so her brings her tiny body down and fucks her in multiple positions before she comes which she can’t hide. Star Girls orgasm turns on her enemy and he pulls out his cock and comes all over her star symbol which has been causing him so much trouble in years past. Then Star Girls enemy chokes her until sheand he lets her know he will be back for more!
Fetish Elements: List Explicit Sexual Content, Nudity, Tied-Up, Flogging, Beating, Superheroine, Choking, Body views, Foot Views
Presented in 1920X1080 High Definition MP4 Format
Category: SUPERHEROINES
Related Categories: SUPER VILLAIN, 18 & 19 YRS OLD Keywords: super villain
Tags:Maledom,Male Domination,superheroine,superheroines,Humiliation,storyline,story line,Mixed Wrestling,mixed fight,Submission,froced orgasm,super hero, superheroine porn,super heroines,superheroines porn,superheroines adult movies,bdsm,bondage,forced sex