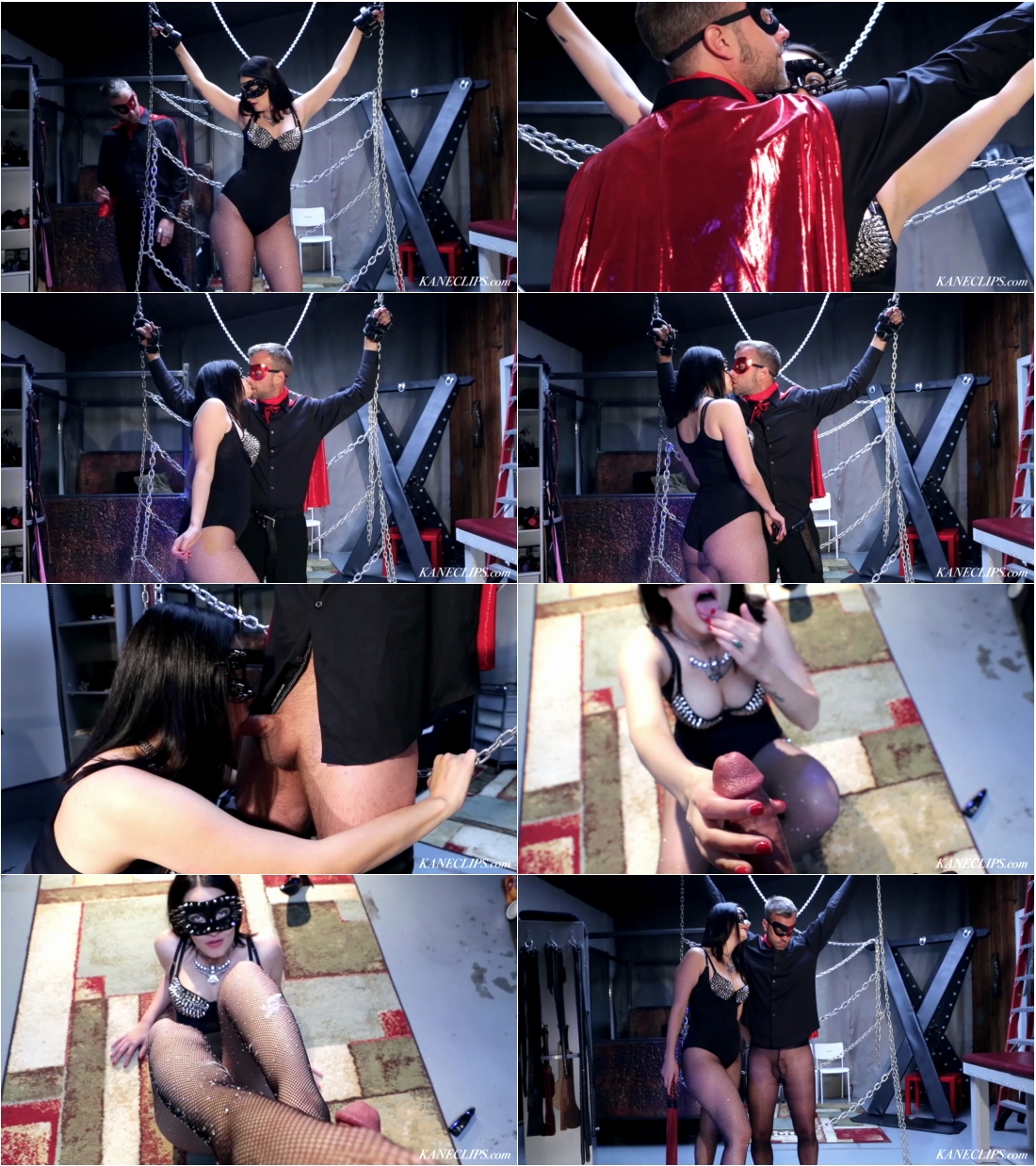 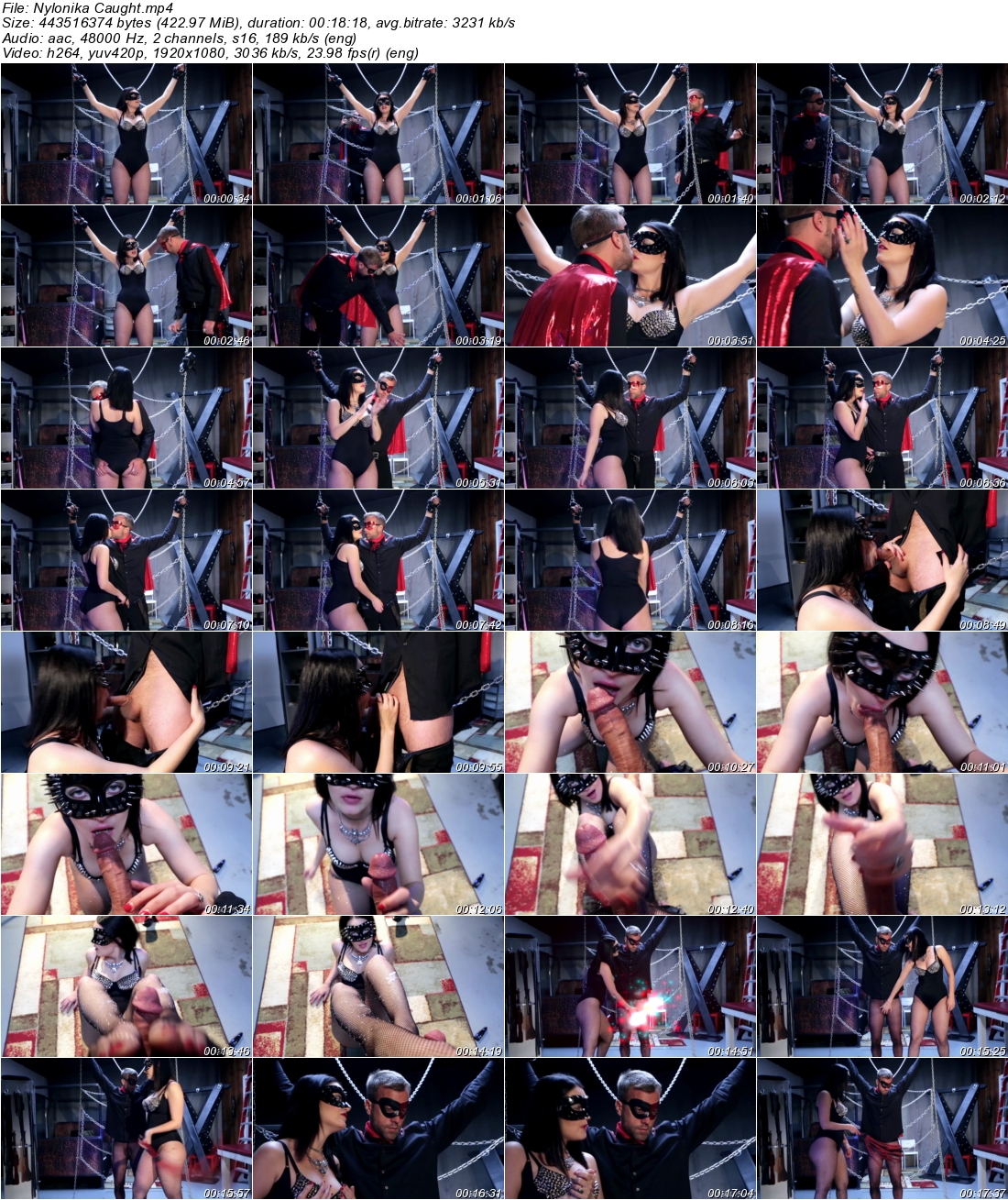 The Hero is a rich
and cruel, entitled egotist. He’s an overly confident spoiled trust fund who Mistress Nylonika has double crossed for the last time, or so he thinks.
He has imprisoned her in a dungeon deep in the belly of his mansion. The Hero has come to gloat about her capture and Nylonika has been waiting…Nylonika seems helpless tied and struggling in her chains. She knows her powers are weak, if she can get The Hero close enough to her mesmerizing nylons their power will take effect.
The hero cautiously approaches Nylonika knowing she’s still very dangerous but he is so attracted to her. He can’t help but slide his hands up her nylon-clad thighs. Nylonika knows her nylons are effecting his better judgment. She’s leans in for a passionate kiss. Nylonika attempts to activate her nylons but they’re still too weak from her time in captivity and need sex power to fully re-charge.
Nylonika knows The Hero can’t resist her sexual mind control even when she’s working with limited power. She has him unchain her and take her place on the rack. She unzips his pants and takes out his cock. She knows one drop of his come will recharge her nylons fully and she’ll be able to mentally enslave him for her own evil purposes.
She works his cock, sucking and teasing him as he stands helplessly chained in ecstasy. She positions her nylons right under his cock as he comes making sure every drop recharges her super powers!
Her nylons are so strong from The Heroes come that all of his guards are under her spell too. She’s going to transform into our hero and take over his life. She’s going to drain his fortune while he rots down deep in the dungeon.
With her supernatural powers full in tact she leaves The Hero in a pair of ‘Nylons of Torment’ which will constantly keep him on the edge of an orgasm forever. Nylonika leaves him to suffer and walks out free to reap his fortune at her leisure.
Category: SUPERHEROINES
Related Categories: SUPER VILLAIN, MESMERIZE, FEMALE SUPREMACY, PANTYHOSE/STOCKINGS, BLOW JOBS Keywords: kimberly kane, super heroes, super villains, superheroines, nylons, magic control, pantyhose/stockings, mesmerize, blowjobs, blow jobs, cum on pantyhose, fishnets, female control, female domination, female supremacy
Tags:femdom,female domination,Maledom,Male Domination,superheroine,superheroines,Humiliation,storyline,story line,Mixed Wrestling,mixed fight,Submission,forced orgasm,super hero, superheroine porn,super heroines,superheroines porn,superheroines adult movies,superheroines fetish,magic power,magic control,fantasy