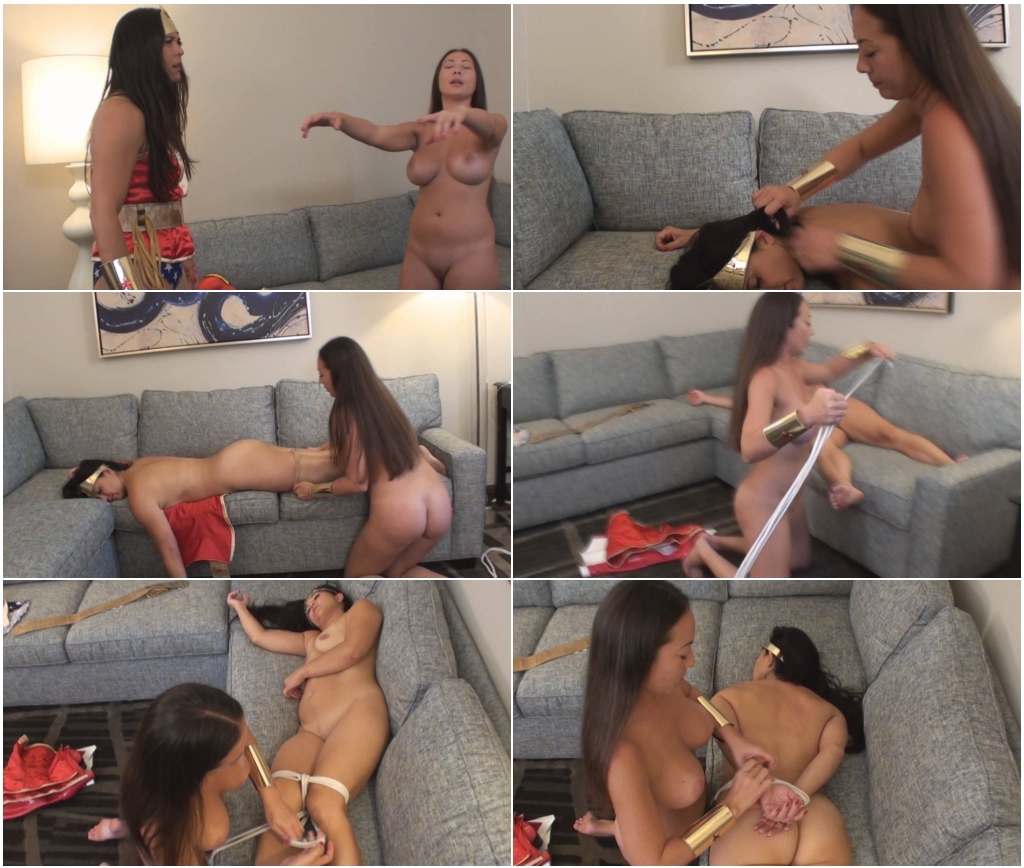 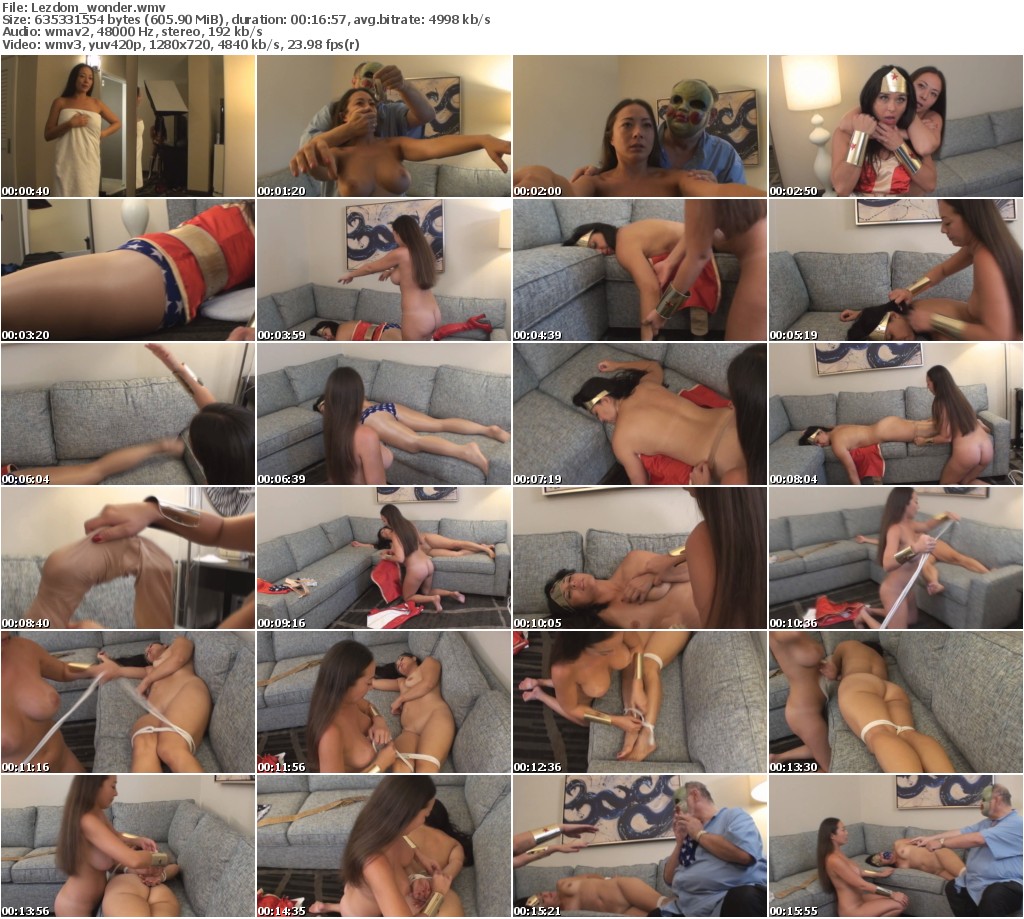 Wonder Nyssa (Nyssa Nevers) is Wonder Tomi’s (Tomiko) side kick. She gets out of the shower and goes to put her costume on so she can meet Wonder Tomi at the crime location. Only problem is that Baby Face (Artiste) is waiting for her. He doesn’t need these superheroines interfering with his plans. He pulls out a special watch and has her look at it. It starts to mess with her mind and she is mind fucked like a robot. She must do whatever you suggests. He wants her to replace Wonder Tomi. He makes her believe that she IS Wonder Tomi and that the actual Wonder Tomi is a fake. Wonder Tomi gets back and asks her side kick why she was still there. She notices the unusual behavior but doesn’t catch on until it is too late. She is sent down to the count and is limp played and stripped out of her costume. The new Wonder Tomi has grabbed her costume and is planning on putting it on. She ties up Wonder Tomi to refrain her and leaves. Wonder Tomi struggles and we see her start to hop out of the scene. Will she be able to get out of the ropes and snap her side kick out of the trance? FETISH ELEMENTS: SUPERHEROINES, NUDITY, MIND FUCK, ROBOTS, BIG TITS, FỌRCD STRIPPING, BONDAGE, GROPING, LIMP FETISH, ASIAN, JAPANESE, BRUNETTE, LONG HAIR, ASS FETISH
tags:superheroine,superheroines,lesbian domination,lezdom,super hero, super heroines ,wonerwoman