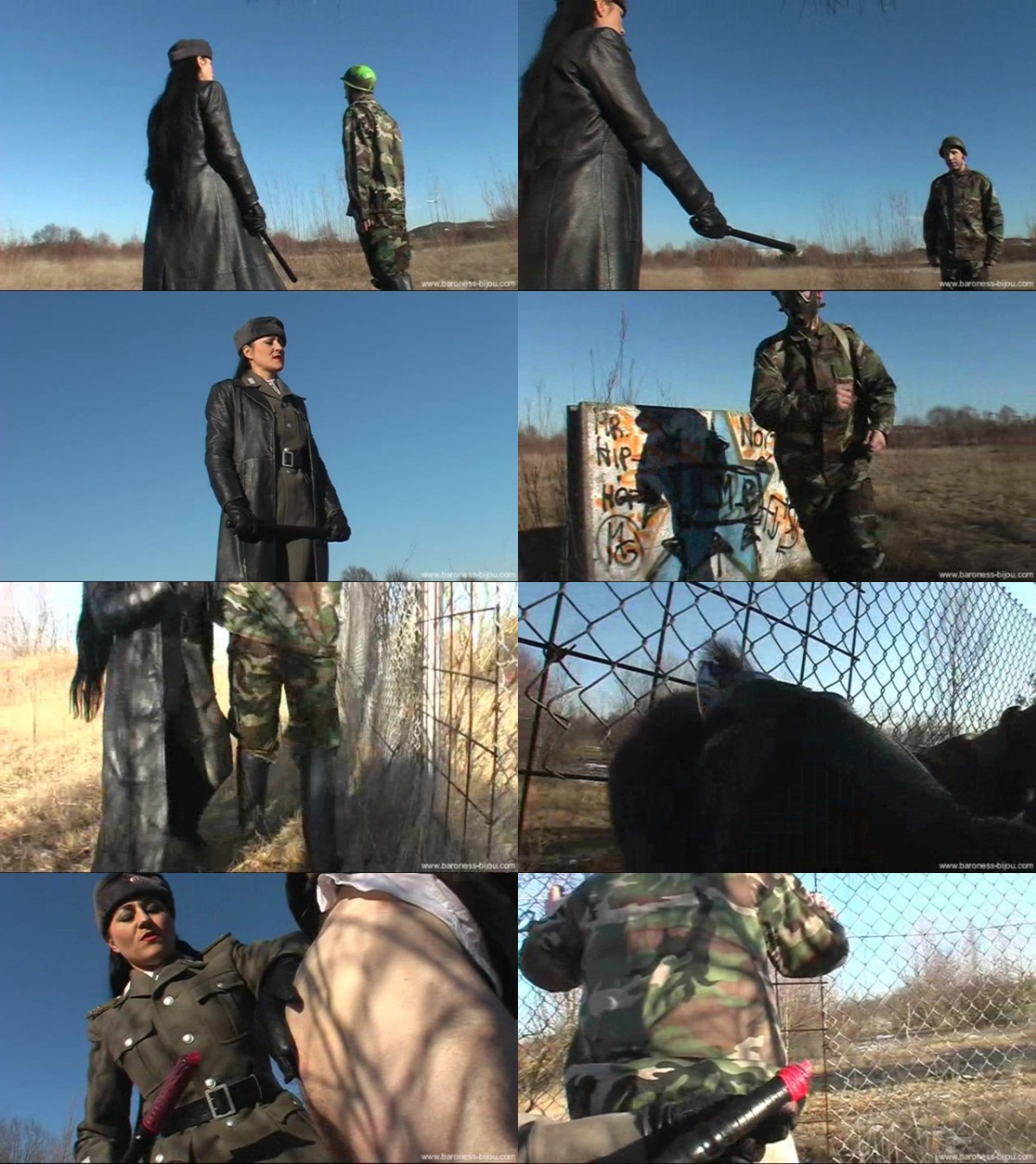 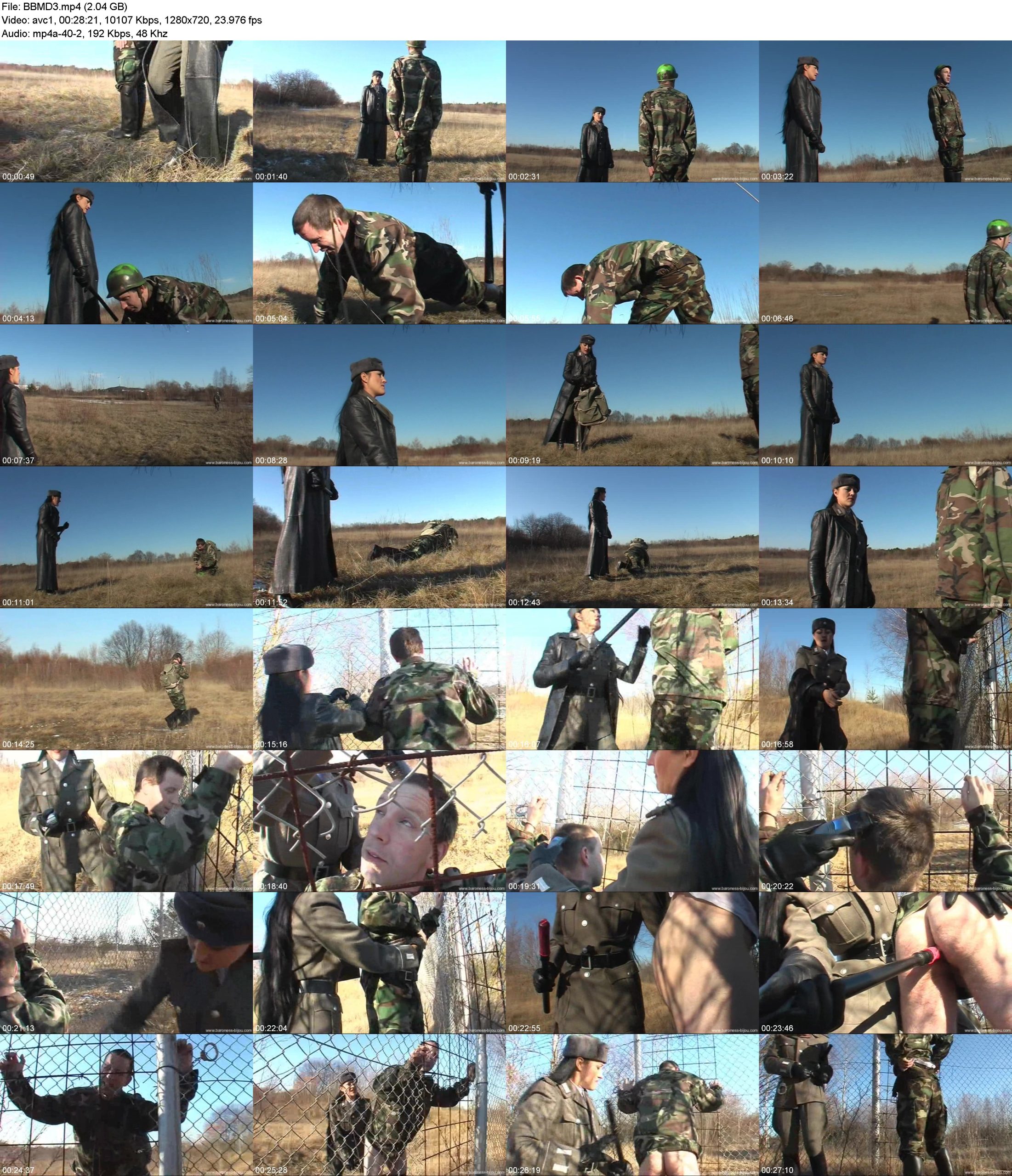 Baroness Bijou-Military Drill III
Staff sergeant Bijou musters dogface Nitram for military training. She drills him so long till he has internalised the commandos. And when he makes a mistake he had to pump…
With field kit soldier had to march hard till staff sergeant blaze abroad NBC alarm…
During the steeplechase recruit tries to flee. But Bijou catchs him, chains him on the fence and beats him up with baton…
For punishment staff sergeant Bijou shaves the head from the recruit…
Then the recruit had to let down his trousers and Bijou fucks him with the baton…
femdom,strapon,prostate massage,dildo,female domination