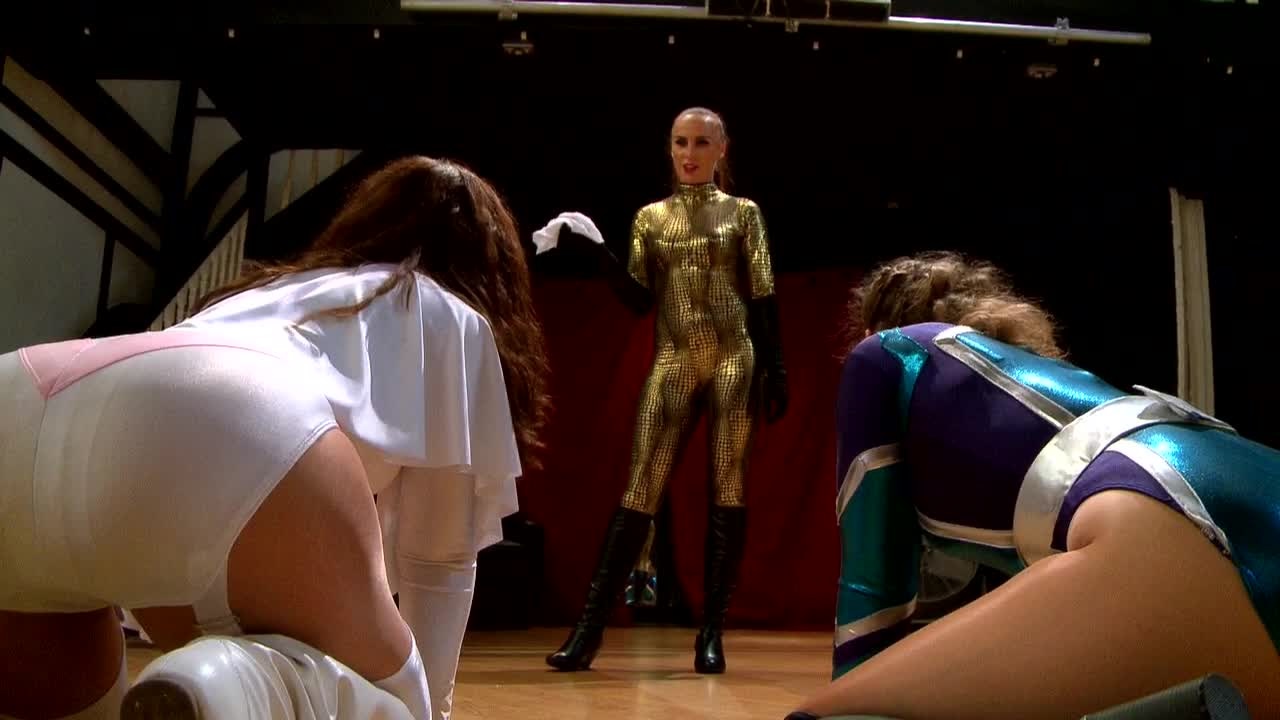 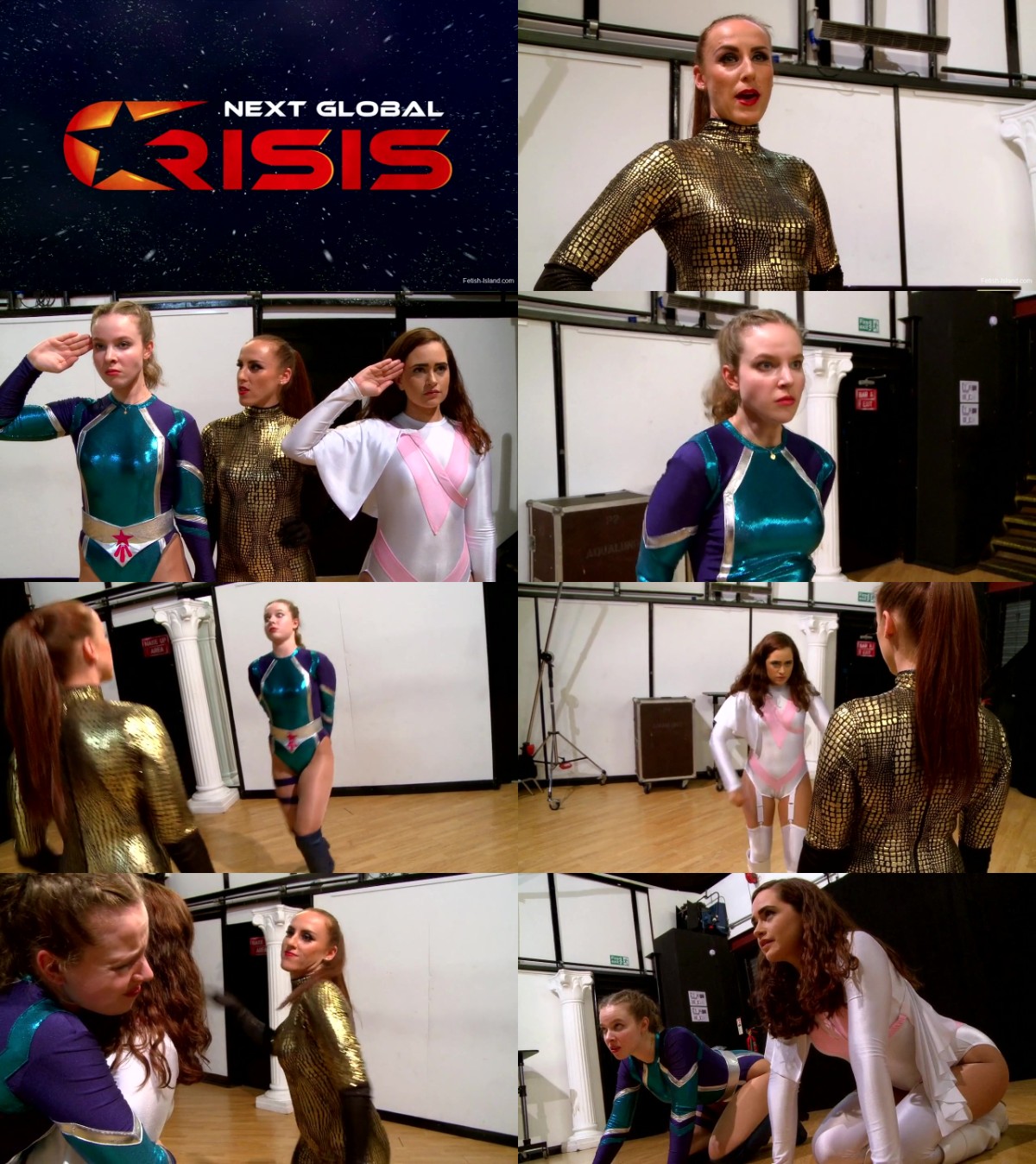 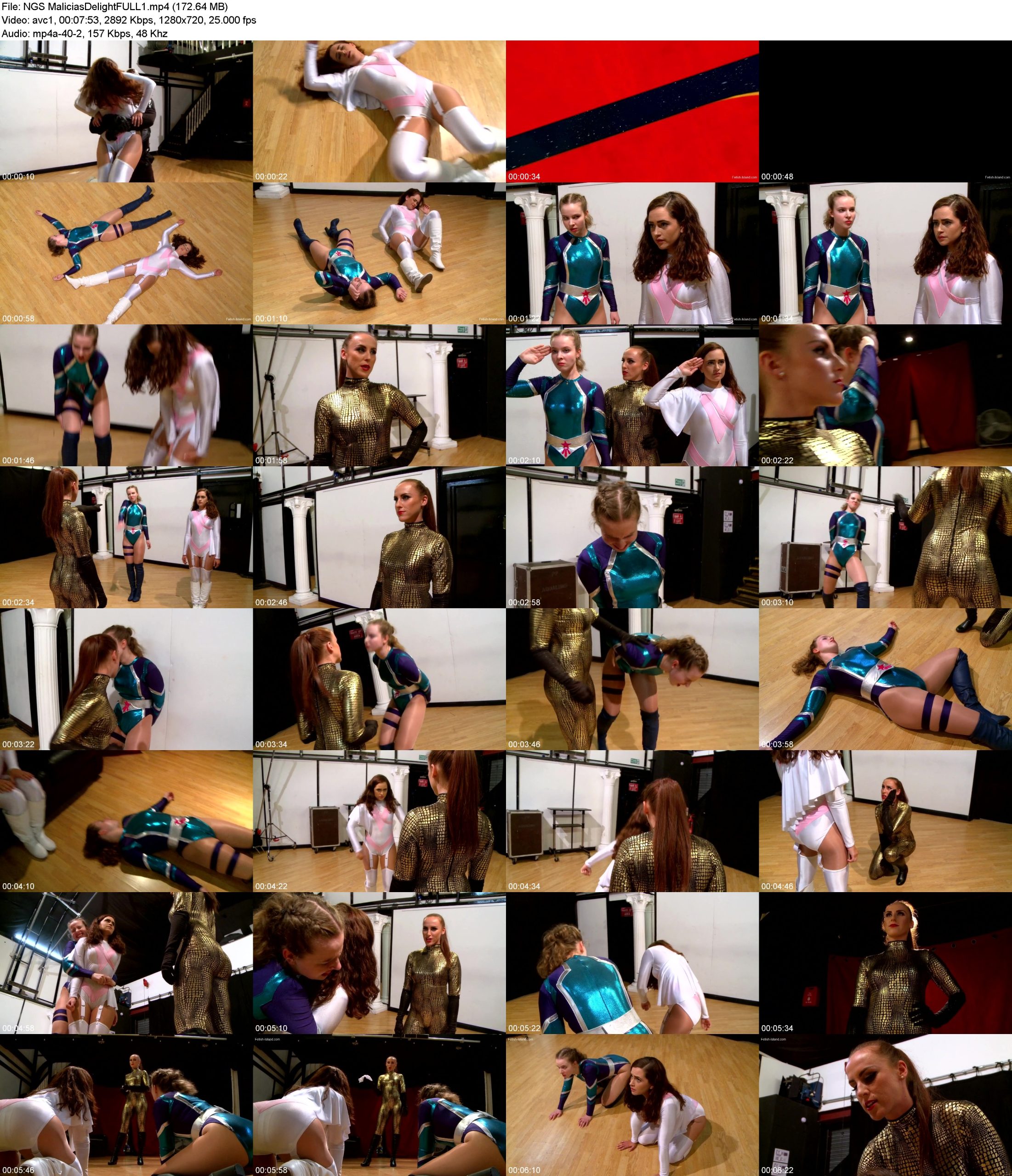 After battling and losing against the Iron Drone, Virtue and Starshot find themselves at the mercy of a new villainess who master-minded it all… Malicia Divine! She controls their bodies with one thing on her mind… Superheroine humiliation!
After being KO’d by The Iron Drone it became clear that ace reporter Mandy Divine knew more about the chaos than she was letting on. Well when she turns herself into wicked alter-ego villainess Malicia Divine the truth is out. Malicia is jealous and angry and wants nothing more than to humiliate our superheroines by taking kinetic control of their bodies.

After making them stand to attention while she insults them, Malicia turns her attention to Starshot whose power proves pesky to begin with. By forcing the heroines hands behind her back, Malicia can beat down the poor Starshot and put her to sleep. When it is Virtue’s turn initially the lady in white does well, but soon even she has no answer to the villains malicious tricks. After forcing both superheroines to kneel and grovel before her, a heroines worst nightmare is spring: A chloroform rag.

Can Virtue and Starshot find a way to beat Malicia? Or will they be embarrassed over and over again?