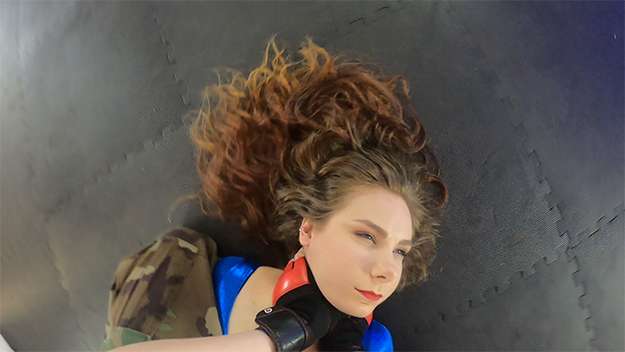 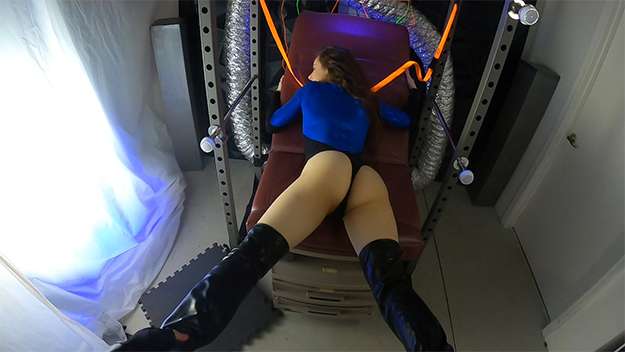 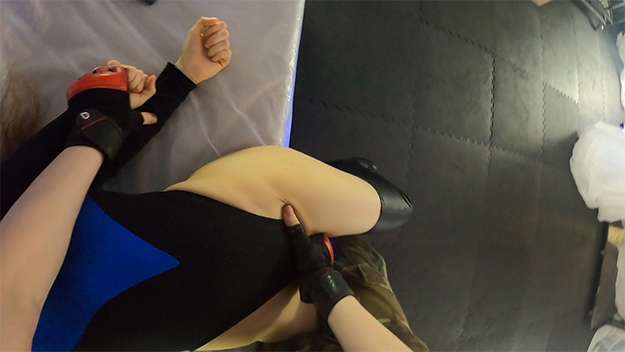 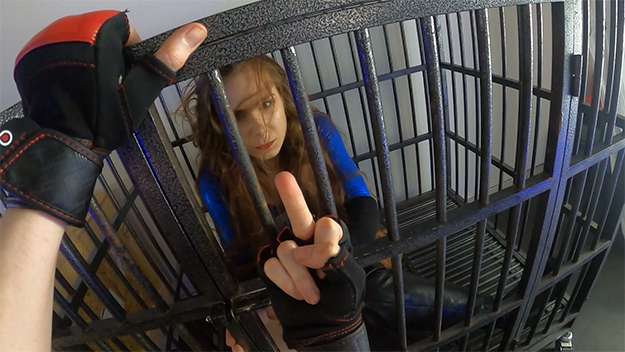 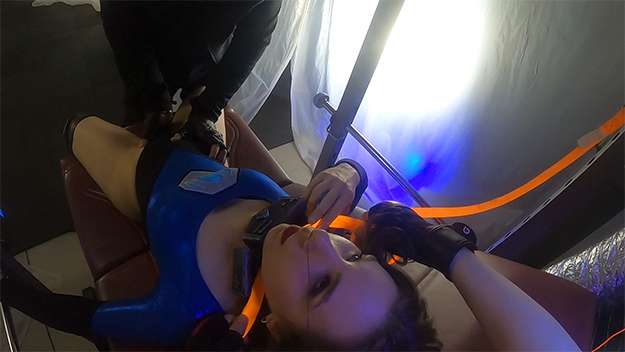 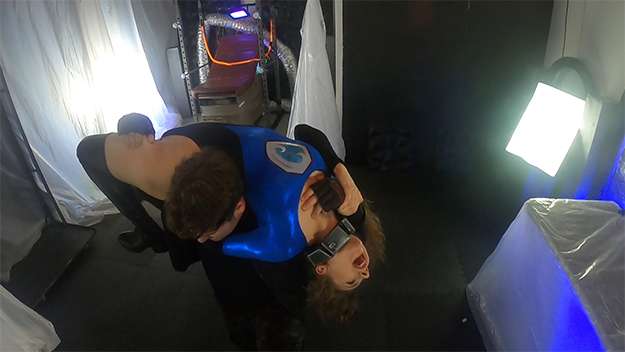 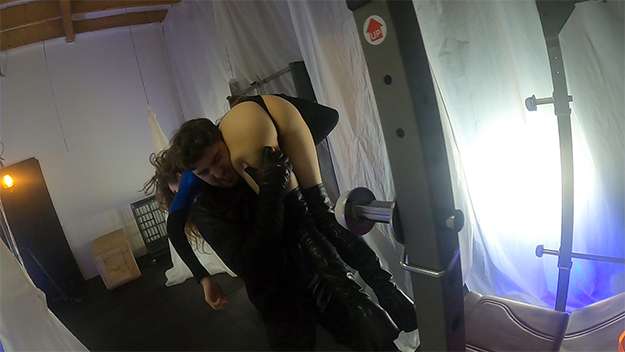 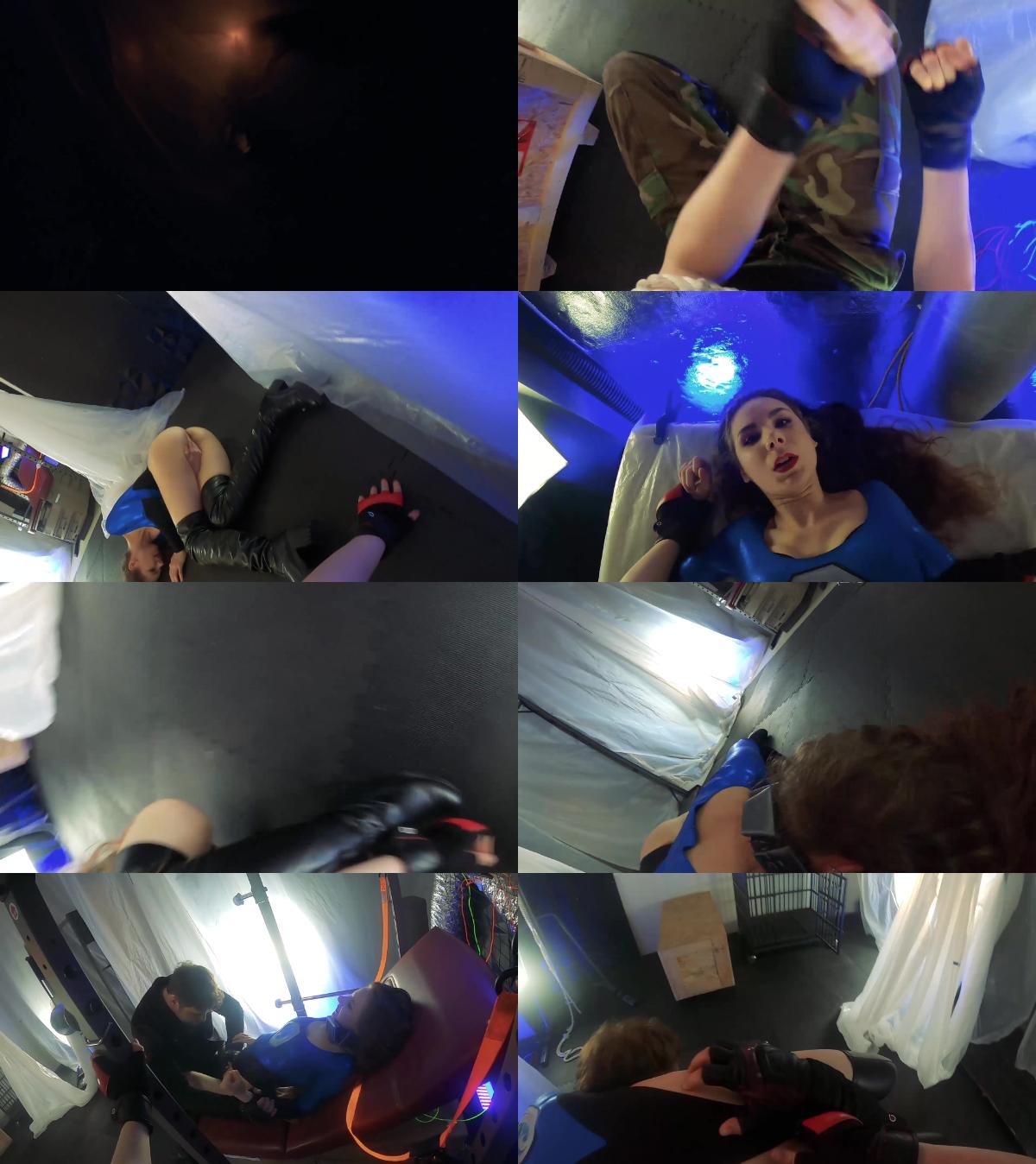 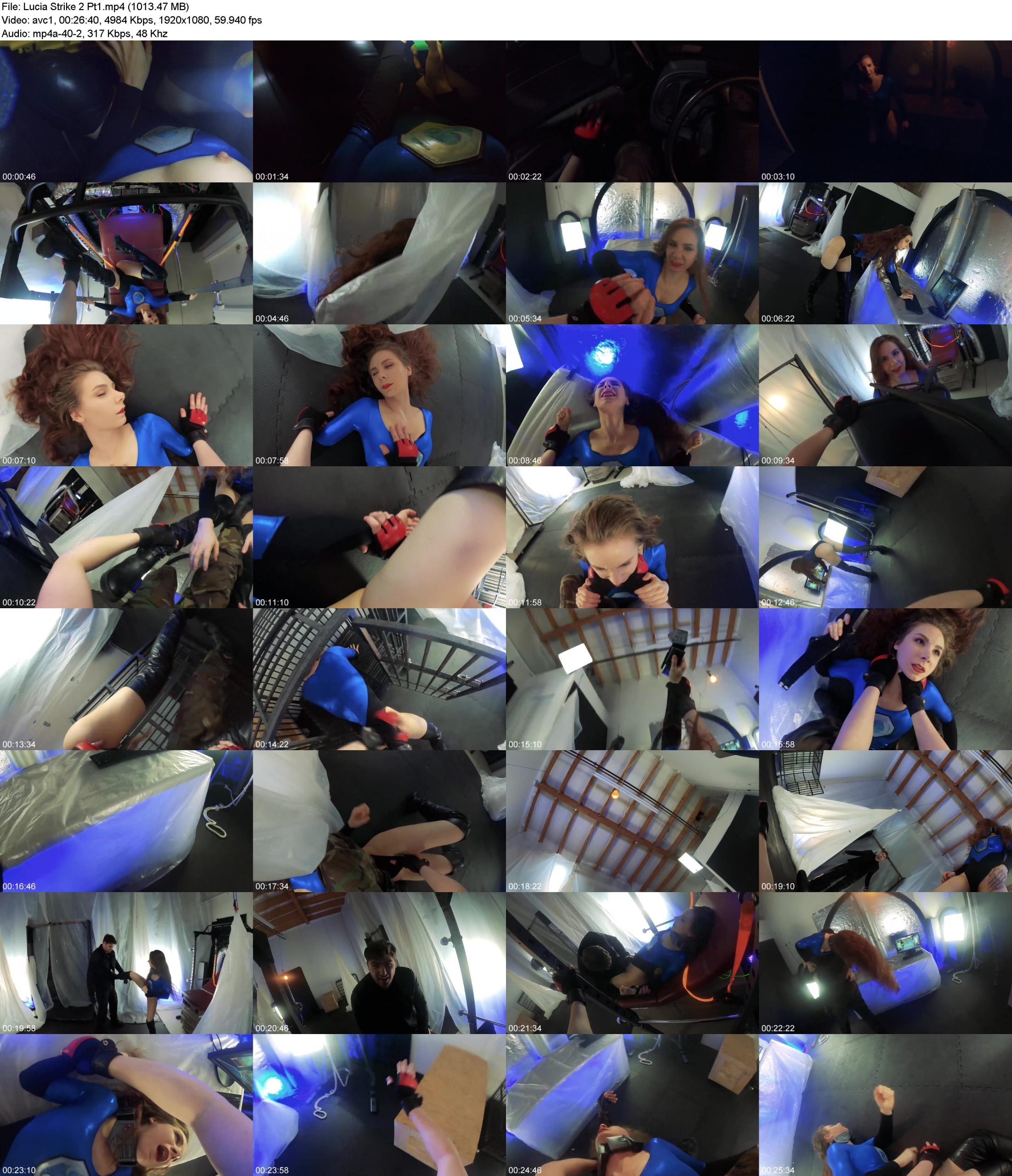 Riley Ransom’s (Christoph) brawl with the heroine Rift (Lucy Westentra) resulted in an unexpected knockout of the beleaguered super. When she wakes up inside of a crate at an unknown laboratory belonging to MADAM OBLIVION, she finds we battle with Riley renewed. The frenetic combat accidentally returns power to the lab, and eventually activates a dormant control collar. Even then, Rift proves to be too much for the exhausted thug, making the appearance of his backup exceptionally timely. Can Rift defeat both of the thugs in her weakened state? Or are her troubles only beginning?