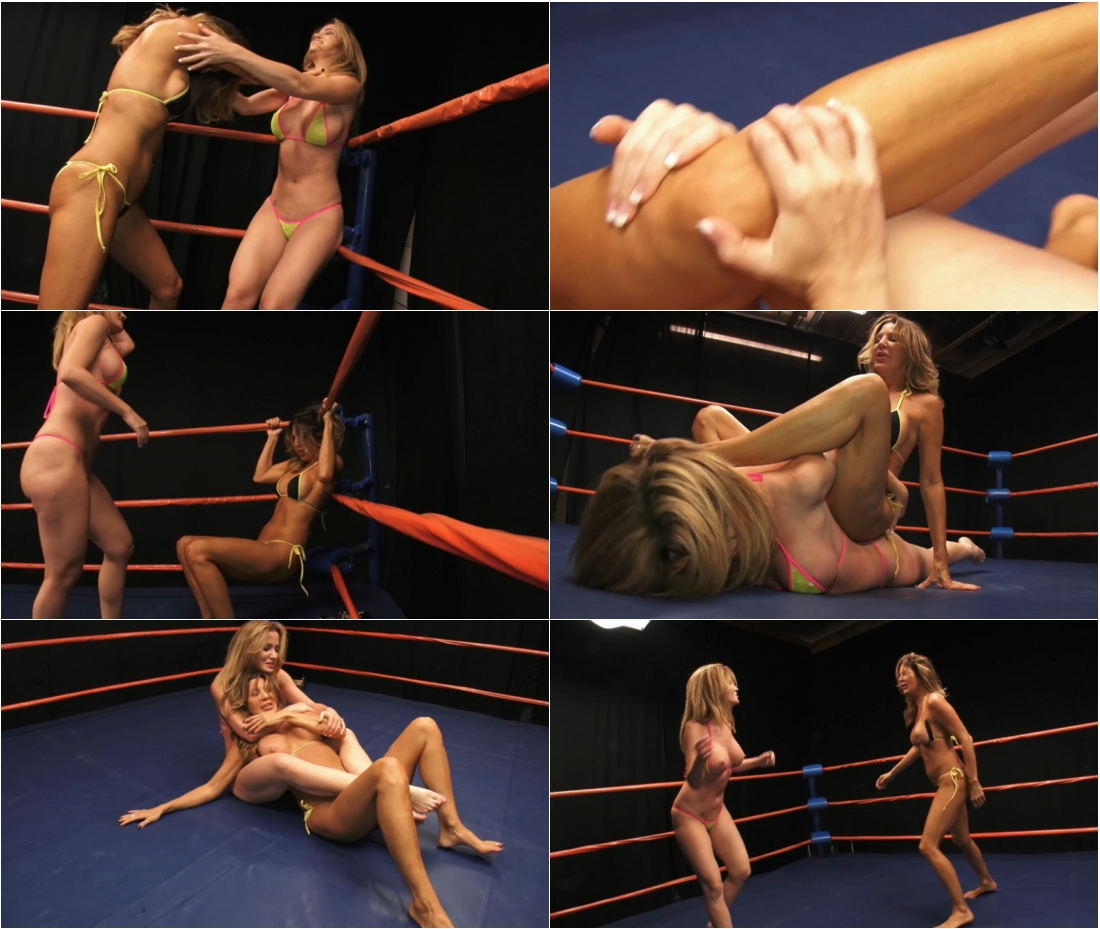 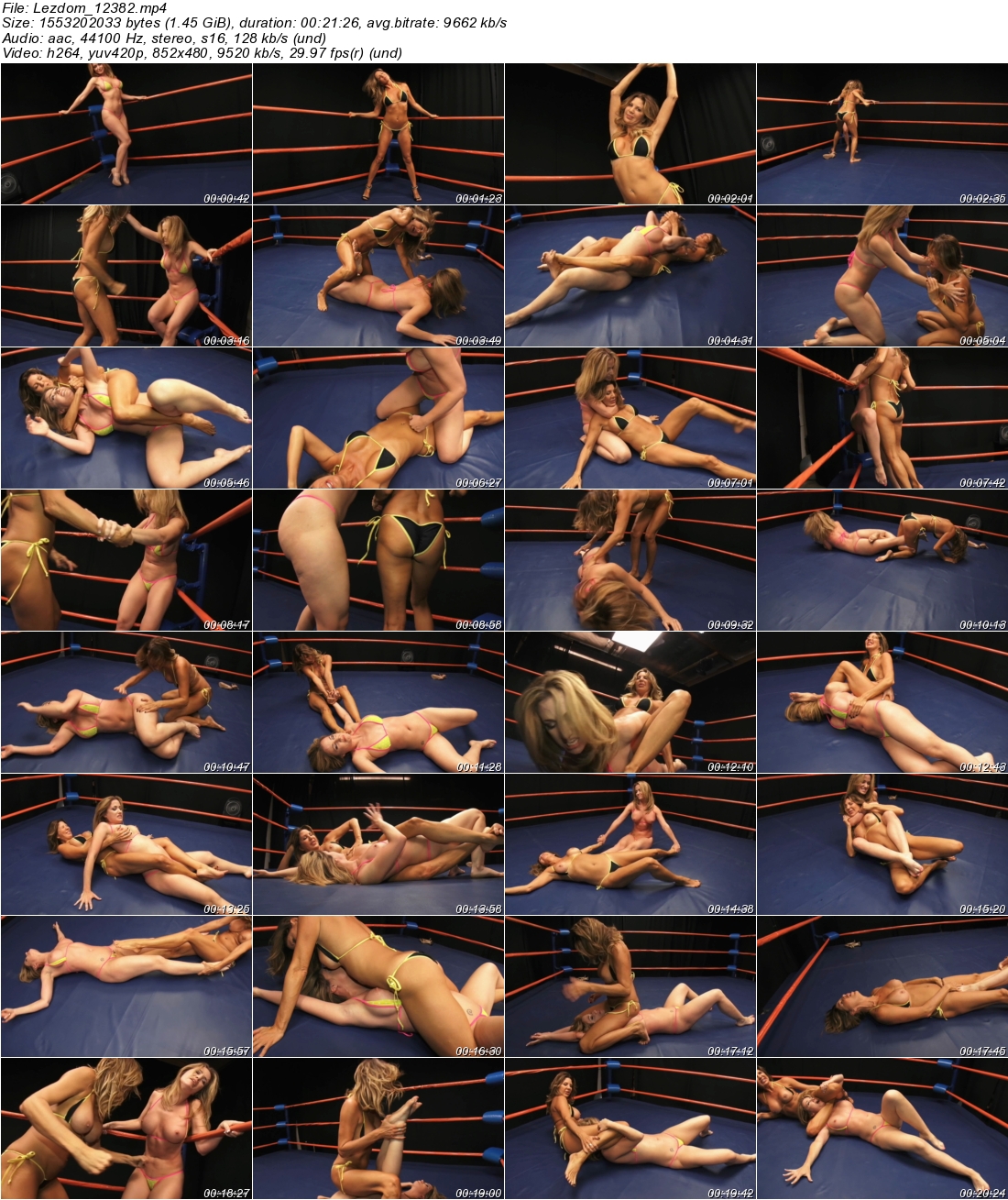 Big beautiful blondes with belly bombs and holds: Angela Sommers and Hollywood are two of the most stunning statuesque blondes and both are ready to rumble. Oh and when these long legged vixens pose we are transfixed because their bodies are stunning, too bad they’re determined to pound on them. And pound they do, each taking turns slammin’ fists into those lean firm bellies as in the corners they pound, then onto the canvas for any hold that will allow them to ram their knuckles into the gut. And some fabulous holds we have especially the chokes, one even climbs all the way up the ropes to get leverage for her suffocating choke, then down for some knees to the gut, a figure four that rolls, a side choke that moves, wait scissors, figure four head scissors, and so many more amazing holds but always they get back to some blistering blows to the gut. The melee forces their tops off but they hardly notice as they are so focused on their battle, a battle for blonde dominance… which big beautiful blonde has the best belly bombs and holds!?!?!?
tags:catfight,cat fight,,female fighting,ring wrestling,female wrestling,Scissors,catfighting,cat fighting ,lesbian domination,lezdom,humiliation,submission,forced orgasm,facesitting,ANGELA SOMMERS,HOLLYWOOD