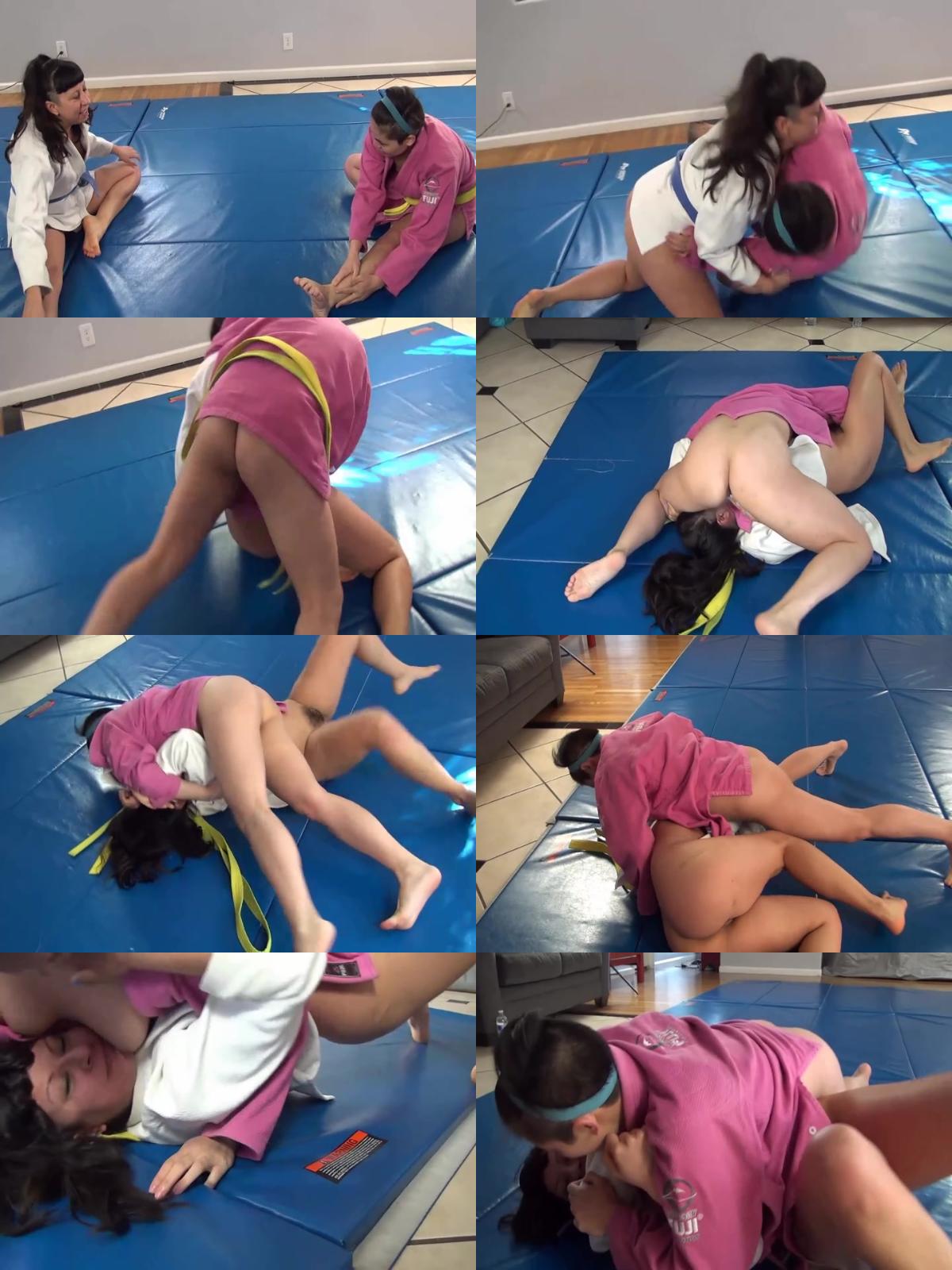 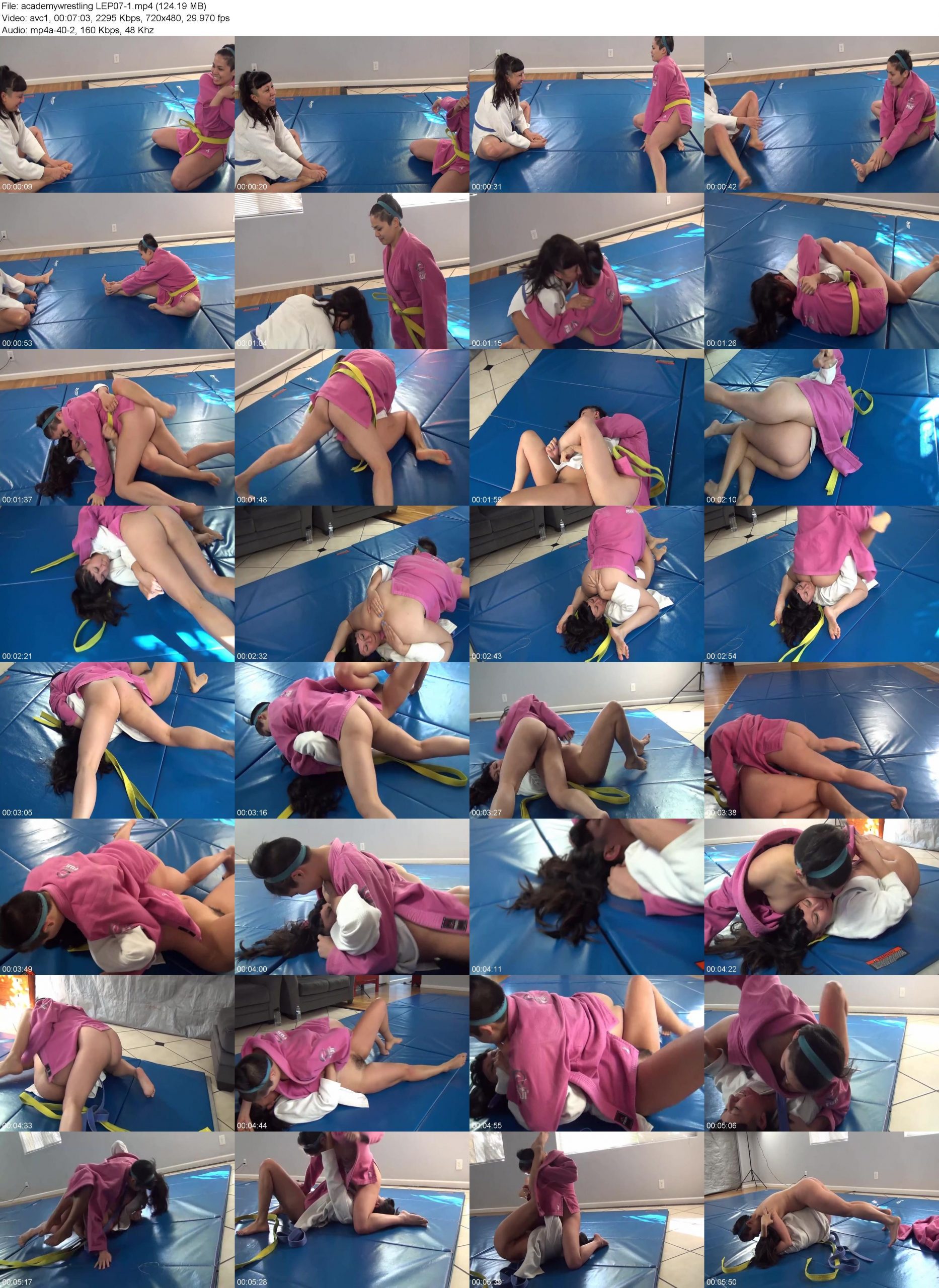 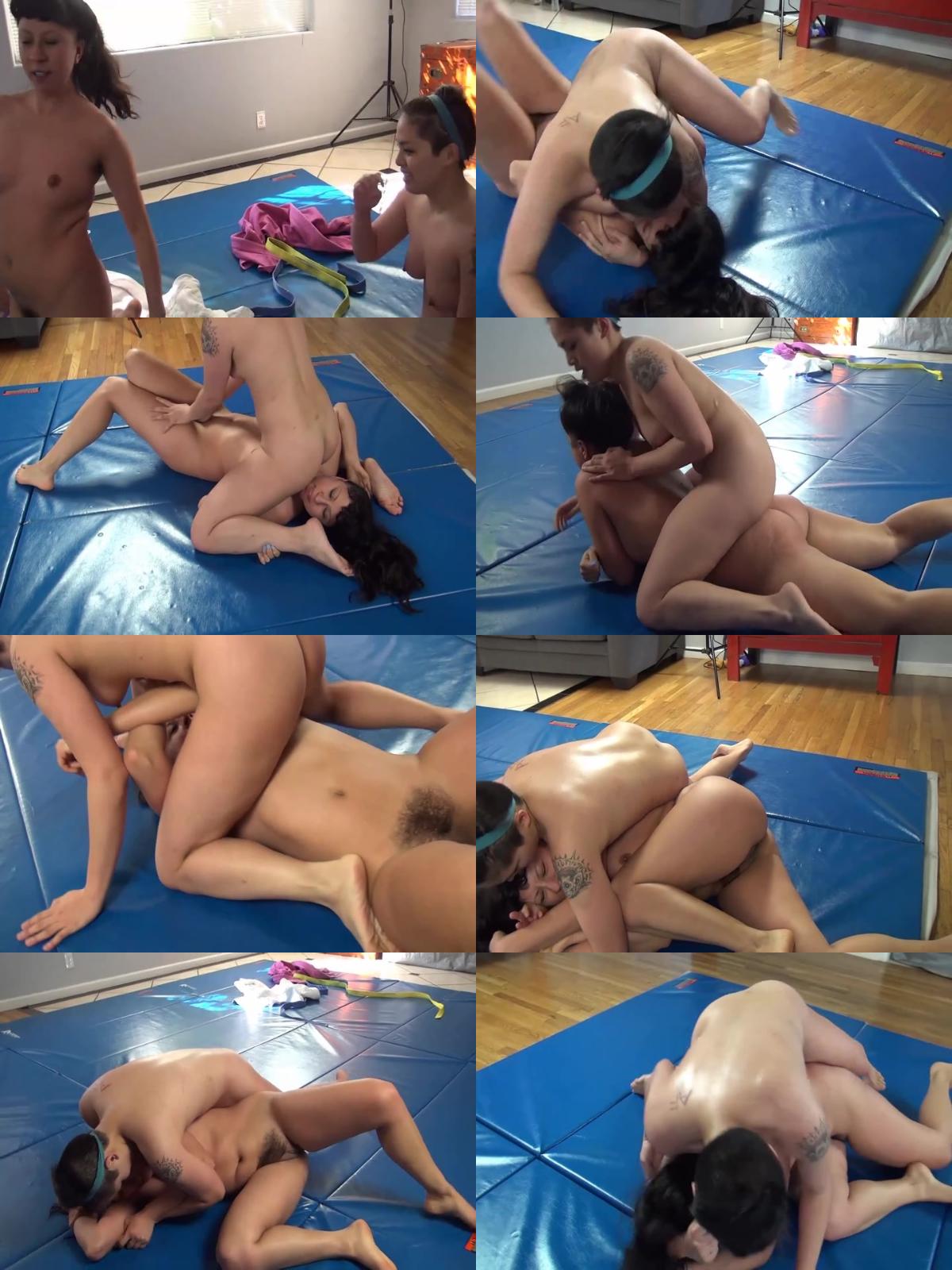 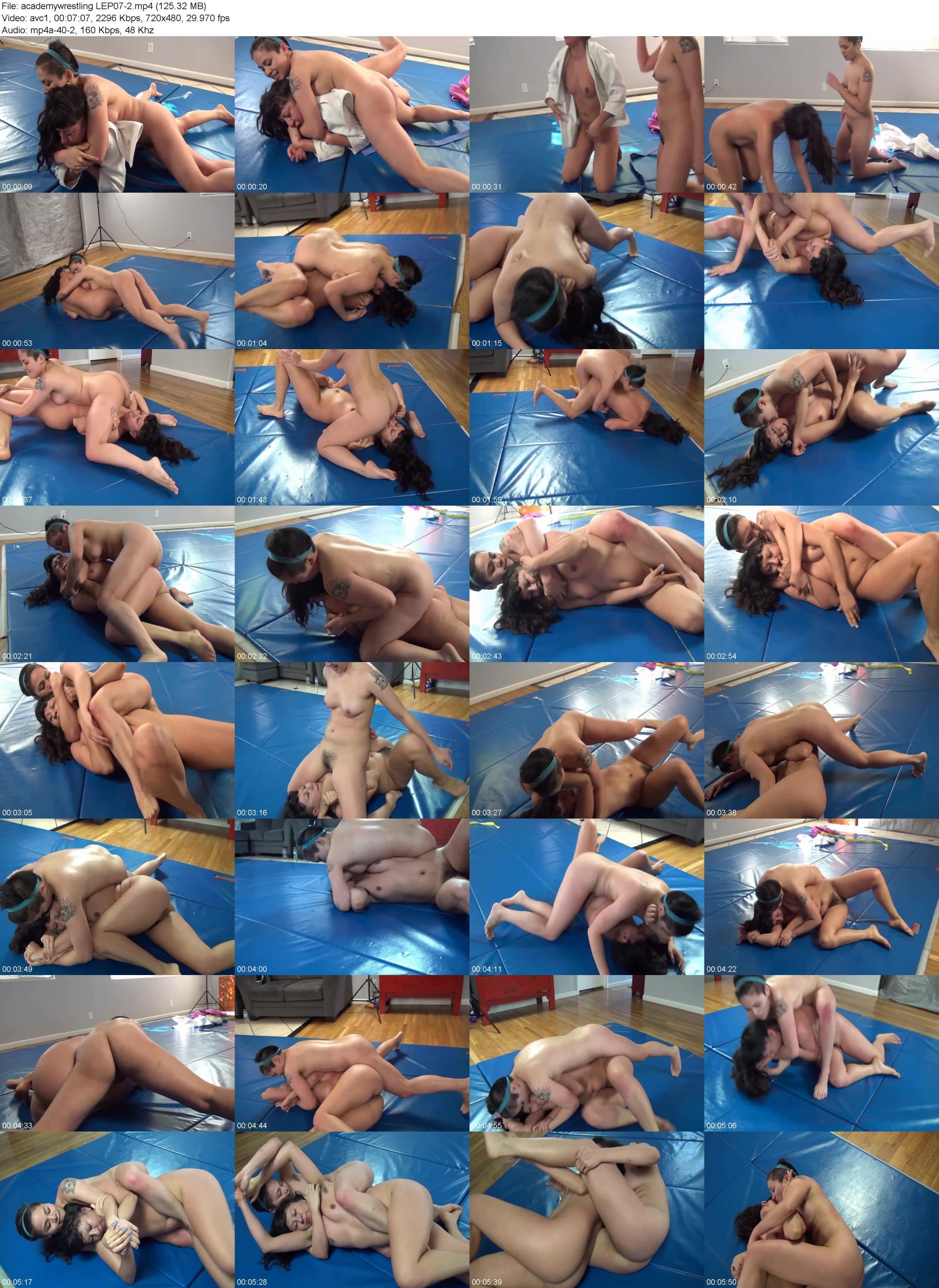 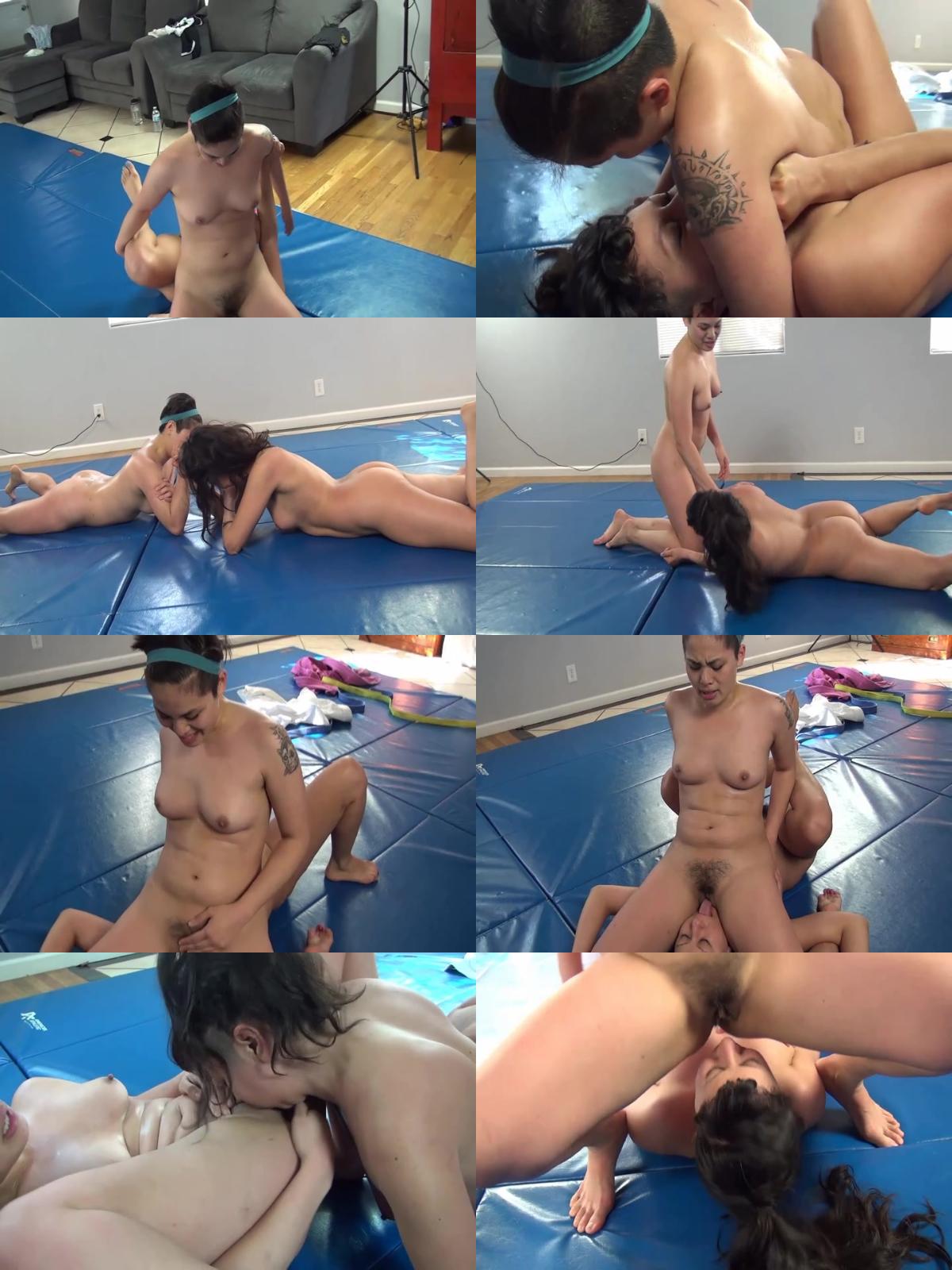 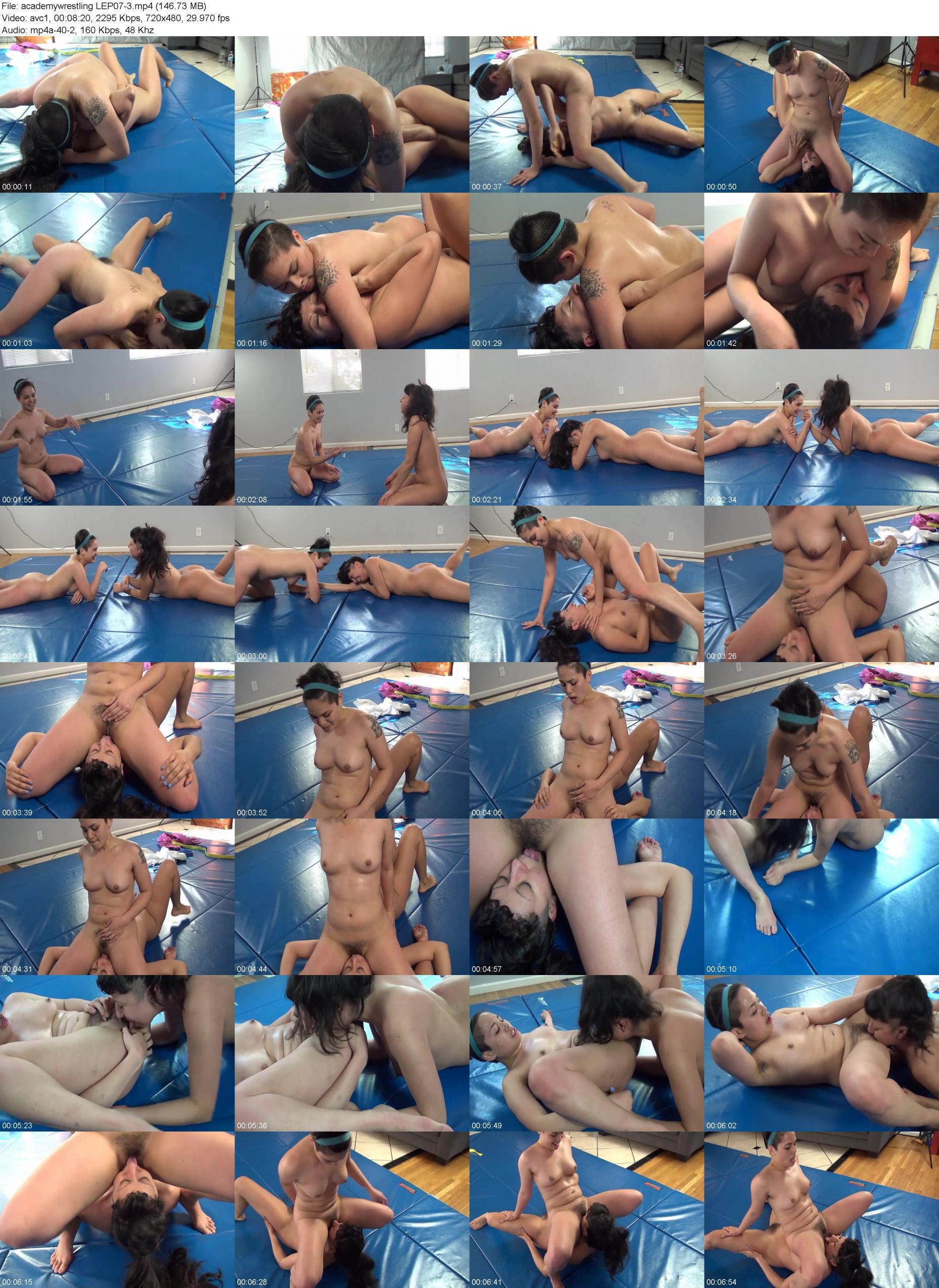 Vivi’s Oral Servitude Milcah (5’3″ 130lbs) goes up against Vivi (5’6″ 140lbs) in this Loser Eats Pussy challenge. They start the battle in gi tops and are bottomless revealing unusually hairy crotches by both combatants. Milcah immediately backs her sweet ass right into Vivi’s mouth. The sexy Asian further asserts her dominance by grabbing Vivi’s hairy pussy, while forcing her nipples into her rivals mouth, before a devastating sleeper hold gets the first submission. The gi’s come off and Milcah dominates and controls her helpless pray with body scissors, arm levers, breasts to the face and pussy groping. Milcah rides the losers face with forward and reverse facesitting, forcing Vivi to tongue her clit to a voice quivering orgasm. Not satisfied the dominant Asian goddess gets on her back and demands that the loser orally satisfies her while she feverishly fingers her own asshole to another orgasm. A sexually insatiable Milcah then jumps on Vivi’s face and cums right on her mouth leaving the dazed loser with a sore jaw, a wet chin and a lesson in oral servitude. Fans of Milcah will be astonished by her tireless efforts to grope Vivi and repeatedly get her pussy and ass in her rivals face until she masters and conquers her physically and mentally. Queening enthusiasts will love how Milcah dances on the victims tongue, her engorged clit stimulated as she bounces and grinds to the rhythm of Vivi’s erotic oral attention.
tags:lezdom fetish,lesbian domination porn,catfight ,submission,humiliation,overpowered,facesitting,academywrestling