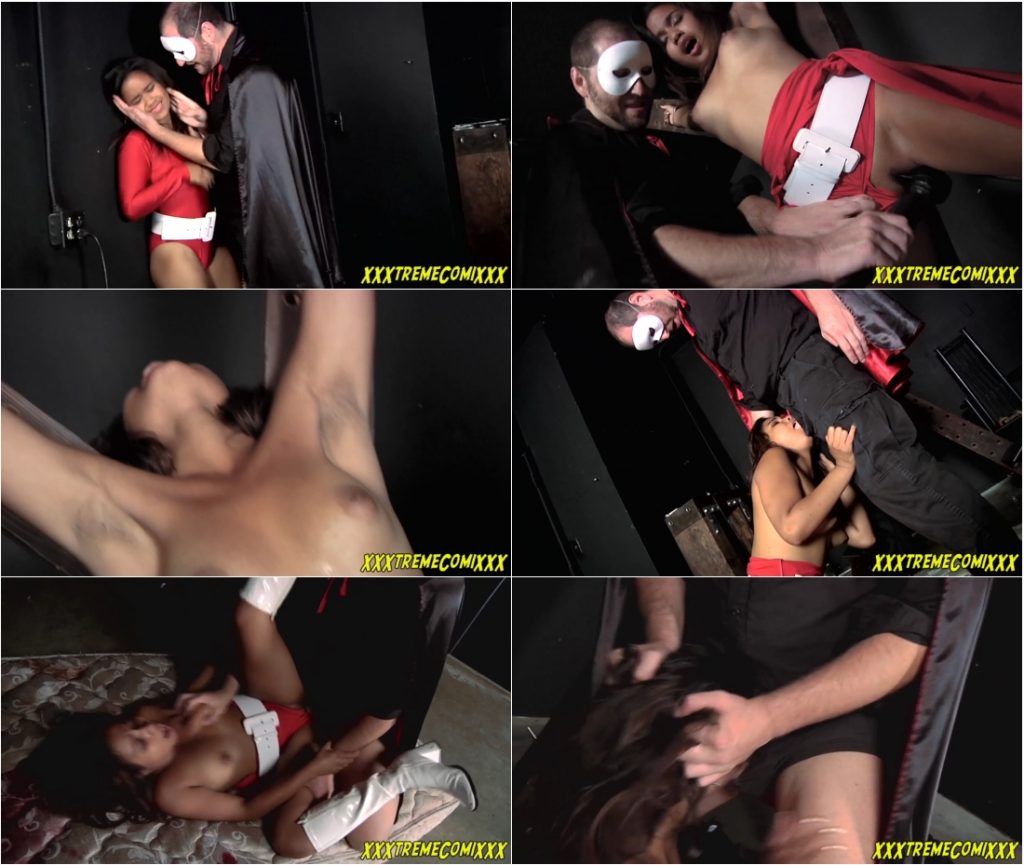 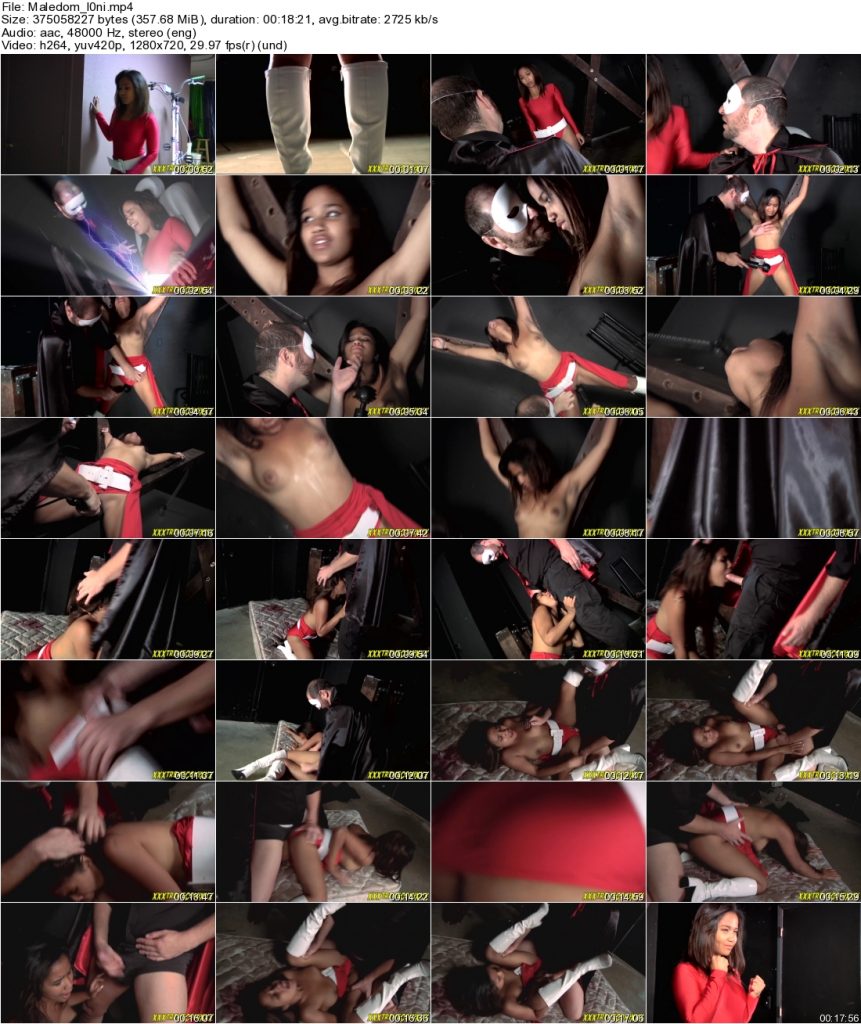 Starring Loni Legend and Rock Directed by Alex Dorian Red Fox is on the prowl. Her friends Devan Dauntless and Rebecca Rush have both been defeated by the villain Leech. He sucked their powers out of their pussies until they were weak normal girls. Then, using their powers Leech would commit heinous crimes and steal the powers of other heroines. Red Fox has tracked Leech to his lair. Sensing his evil presence, she orders Leech to pay for his crimes against superhumanity. An old man in a power wheel chair emerges from the darkness, dressed in Leech’s costume. He tells her that absorbing all those powers had weakened and crippled him. Red Fox, paragon of good, steps forward offering her help, villain or not. Leech sees her compassion as the weakness it is and thrusts his brittle hand toward the heroine’s unsuspecting pussy, sucking enough juice to cure his ailments, restoring his vitality. The reinvigorated super villain decides to celabrate his new power with a good ol’ fashioned heroine suck fest. Leech has Red Fox’s wrists and ankles pinned down on the wooden X. She is completely powerless to Leech as he decides to play with her. He unsheathes a vibrator and rubs it on her tits and pussy. She struggles against the pleasure, forgetting that she is struggling against her enemy. He then releases her from the wooden X, and thrusts his cock into her throat over and over again. He proceeds to fuck her on her back and stomach, as she struggles to fight him off. He keeps going and going until he blows a load across her chest and into her mouth. He leaves the weakened hero to go and do more dastardly deeds. Fetish Elements: Superheroine, Explicit Sexual Content, Orgasms, Hitachi, Peril, Bondage, Fucking, Blowjob, Cumshot
Tags:Maledom,Male Domination,superheroine,superheroines,Humiliation,storyline,story line,Mixed Wrestling,mixed fight,Submission,froced orgasm,super hero, super heroines,superheroines porn,superheroines adult movies,bdsm,bondage