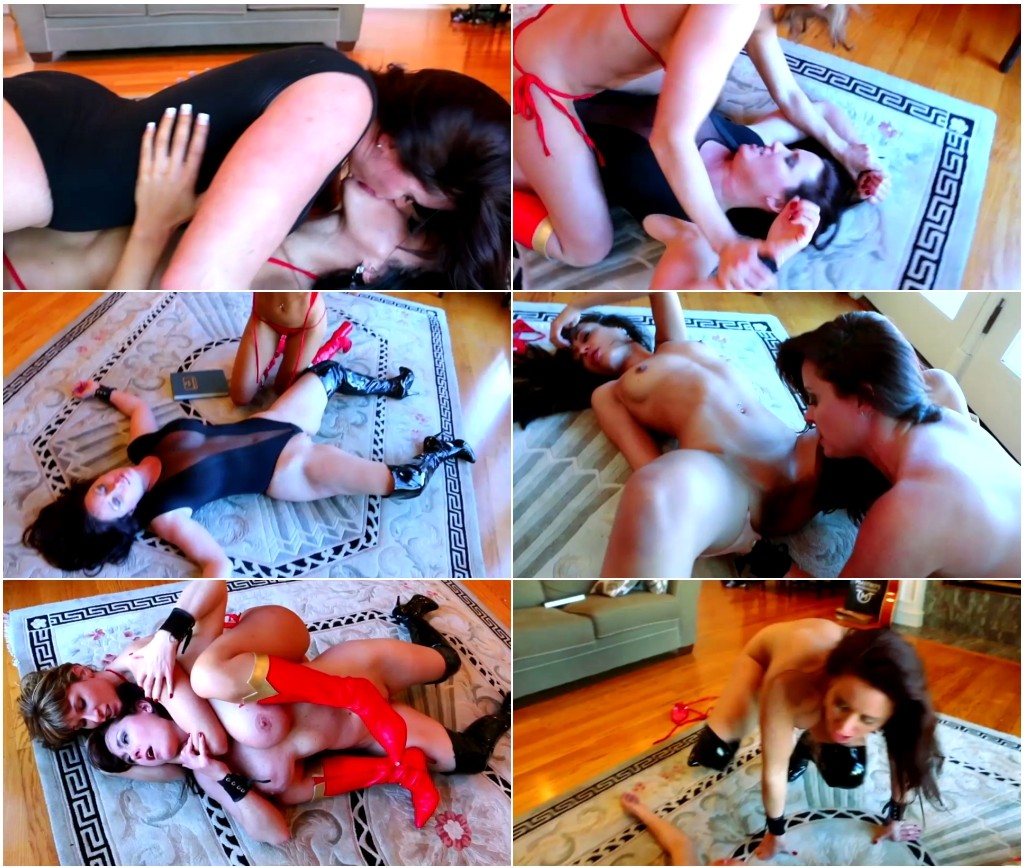 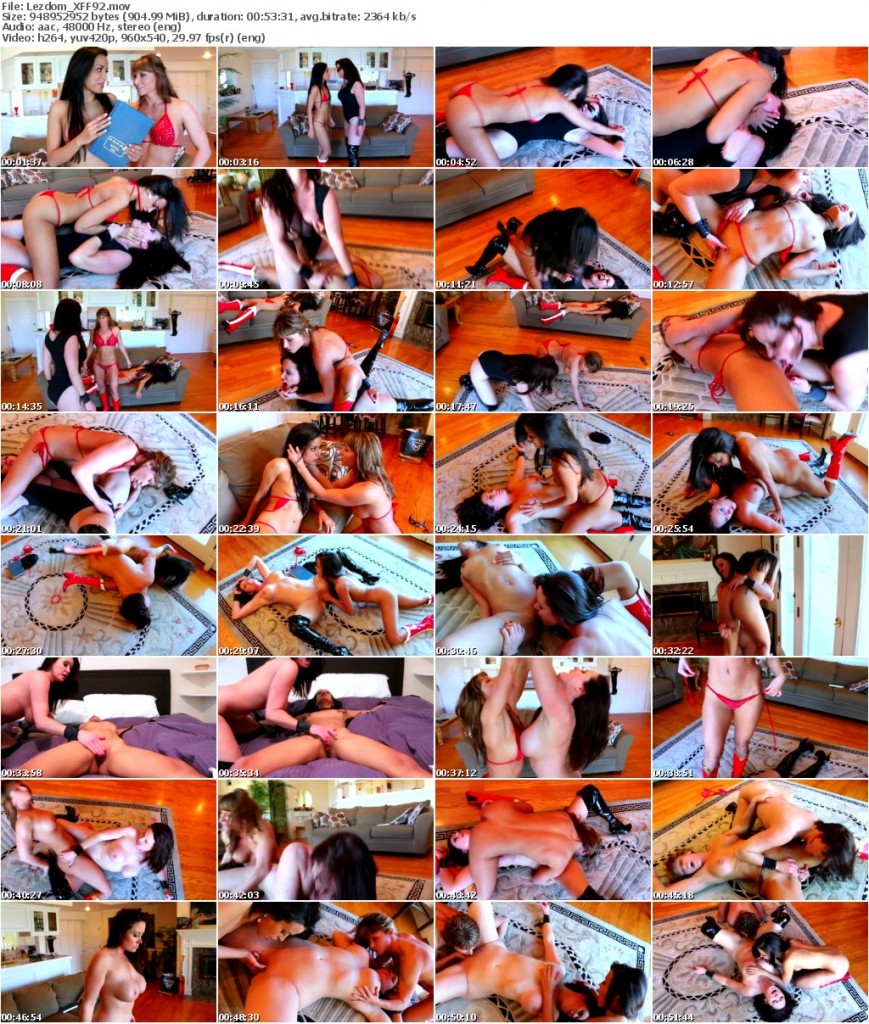 Calling all superheroine fans, we have an epic here starring the biggest names in the genre. Newly crowned Penthouse Pet of the Year, Layla Sin as witch Maia, and Ariel X as which Nerine, have all kinds of nastiness in mind for our heroine queen Chrstina Carter as The Huntress. Thew two decide to cast a spell over The Huntress, but things don’t always go as planned.

Maia then bites Huntress on the neck, but she breaks free and wipes the blood from her neck. She glares at Maia who wipes the blood from her mouth and glares back. They fight on, but it seems the spell and bite don’t work. Huntress manages to defeat Maia, knocking her unconscious. However Nerine appears and boldly defends her sister witch. Nerine manages to knock out Huntress with some heavy wrestling techniques. Taking Huntress into the bedroom Maia tries to subdue her, but Huntress turns the tables and is able to tie Maia spread eagle to the bed. Here we are treated to Layla’s beautiful body on display for the Huntress to devour Maia spread eagle with boots still on! Devour she does as Maia is helpless and succumbs to the sexual teasing, licking, fingering, and taunting. But Maia still has her sister witch Nerine to help her and the two soon overpower Huntress with fighting and sexual abandon.

There’s just so much here and at a solid hour, you’ve got Layla Sin, Ariel X and Christina Carter in a battle that goes and goes and goes!!
tags:catfight,lesbian domination,lezdom,female wrestling,female fighting,,superheroine,forced orgasm,pussy fingering,pussy licking,lift and carry