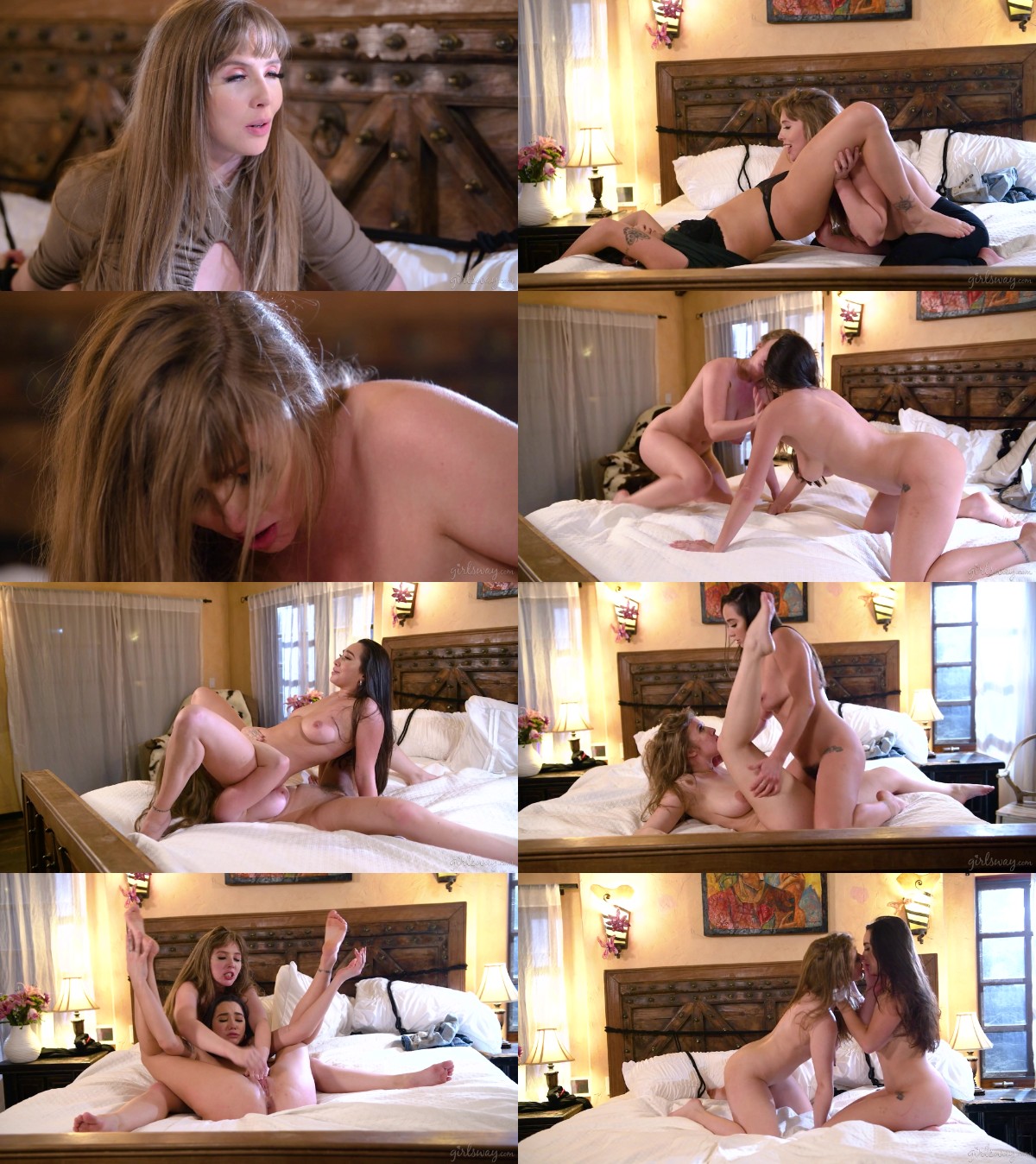 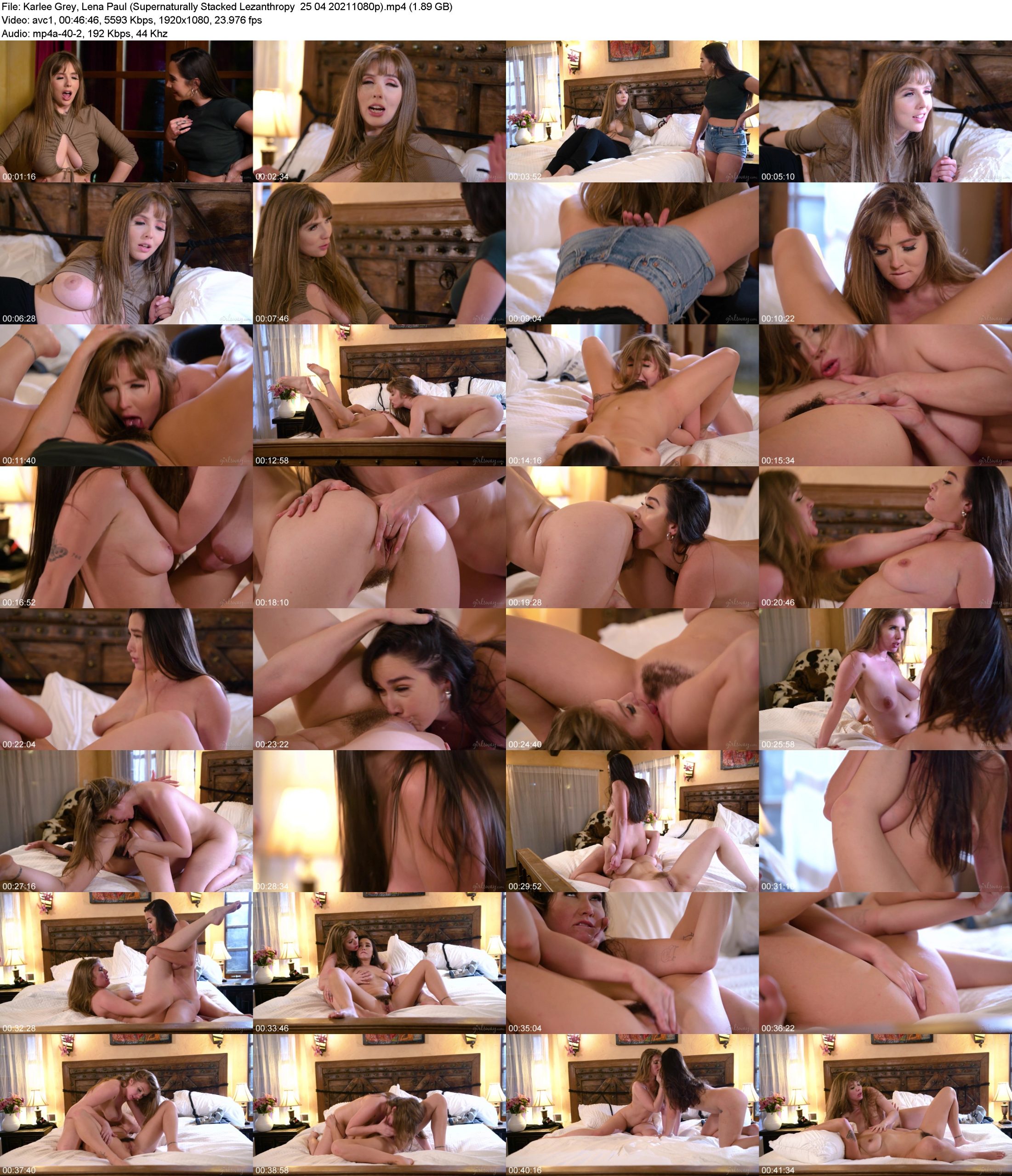 Lena Paul is anxiously waiting for a friend, Karlee Grey, to arrive. Something is clearly making her nervous as she keeps glancing outside at the full moon. Thankfully, she’s soon distracted when Karlee arrives after having been asked to help Lena with something. Almost immediately, Lena hungrily eyes Karlee, though valiantly tries to resist her urges as she instructs Karlee to follow her to the bedroom.

Once in the bedroom, Karlee is shocked to see restraints attached to the bed. She’s even more shocked when Lena begs to be tied up! Karlee is hesitant, worried that Lena is coming onto her, but Lena promises that she’ll tell her everything once she’s fully restrained. Even though she’s still unsure about everything, Karlee restrains Lena and it’s only then that Lena finally breathes a sigh of relief.

Now that Lena’s safely tied down, she explains that she becomes a raging lesbian every full moon because of a curse… even though she’s straight. So, to keep herself from finding strange women in her bed, she’s tied up every full moon so that she’ll stay put. Her best friend is usually there to help her but couldn’t that night… which is why she had to call upon Karlee for help. All she needs is for Karlee to keep her restrained all night and untie her in the morning.

Of course, Karlee doesn’t believe any of this for a second but is moved by how serious Lena is. She eventually decides to go along with it and agrees to help Lena through whatever THIS is.

But as the night continues and the full moon rises even higher, Lena becomes gradually more lustful. Lena begins talking dirty to Karlee, clearly wanting to tempt her into bed with her. Although Karlee tries to resist, Lena only becomes even more seductive…

Maybe there’s nothing wrong with untying Lena so that they can have a little unrestrained fun?
tags:lezdom fetish,lesbian domination porn,submission,facesitting,humiliation,fingering,hairy pussy